Second year BA Graphic Design Communication students, Tash Leviton and Charles Britton, went to Shanghai this summer representing their course as part of an ongoing project with London & Partners. Having had a brilliant two weeks in the city, they talked to us about the trip and how they spent their time there researching the designs of the city. 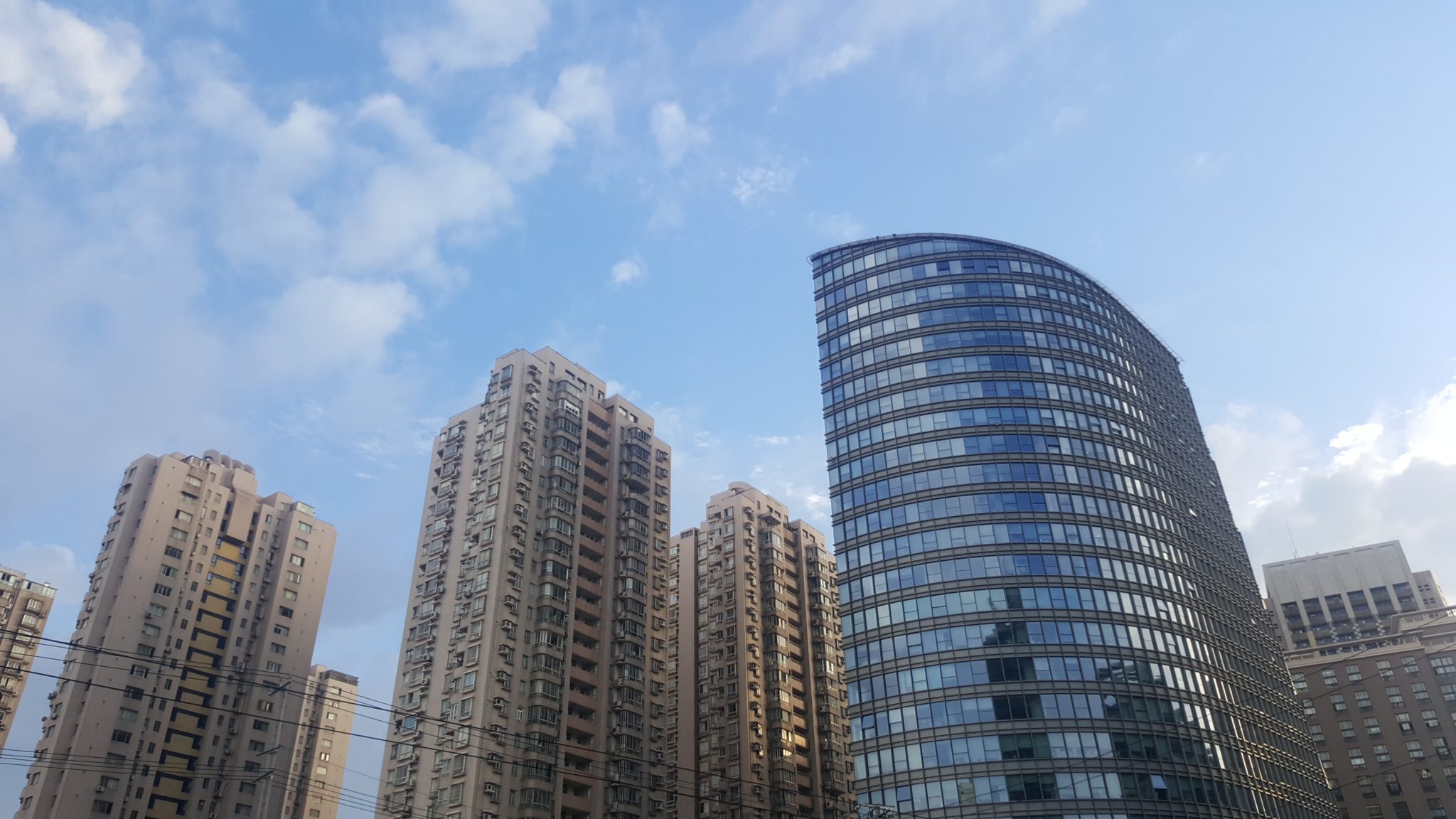 Architecture by the Wusong River, photo taken by Tash Leviton

Please explain how the trip to Shanghai came about: what is this project you are taking part in? How long were you out there for?

Charles: We visited Shanghai to collect cultural research on behalf of the class for an up-and-coming project in conjunction with London & Partners. The aim of the project is to make London more appealing to a specific Shanghai based demographic (young Shanghai professionals) so it was essential we had a strong knowledge of their culture. This project is being undertaken in a similar style by students from SIVA (Shanghai Institute of Visual Art) who will be marketing Shanghai to Londoners.

We were there for six days alongside our course leader David Barnett who was there to take part in an international seminar on design. We chose, however, to stay for an additional 5 days off our own backs to further our research and discover more of the city and surrounding areas.

Tash: We spent our time there absorbing the city’s design and advertising, and meeting people that live, work and study there. We met with other graphic design students from SIVA who are also involved with our final exhibition next year where we will be showing our work side-by-side. They kindly showed us around the city and university; it was fascinating to see how they work within their city much as we study at Chelsea: in a creative international capital. 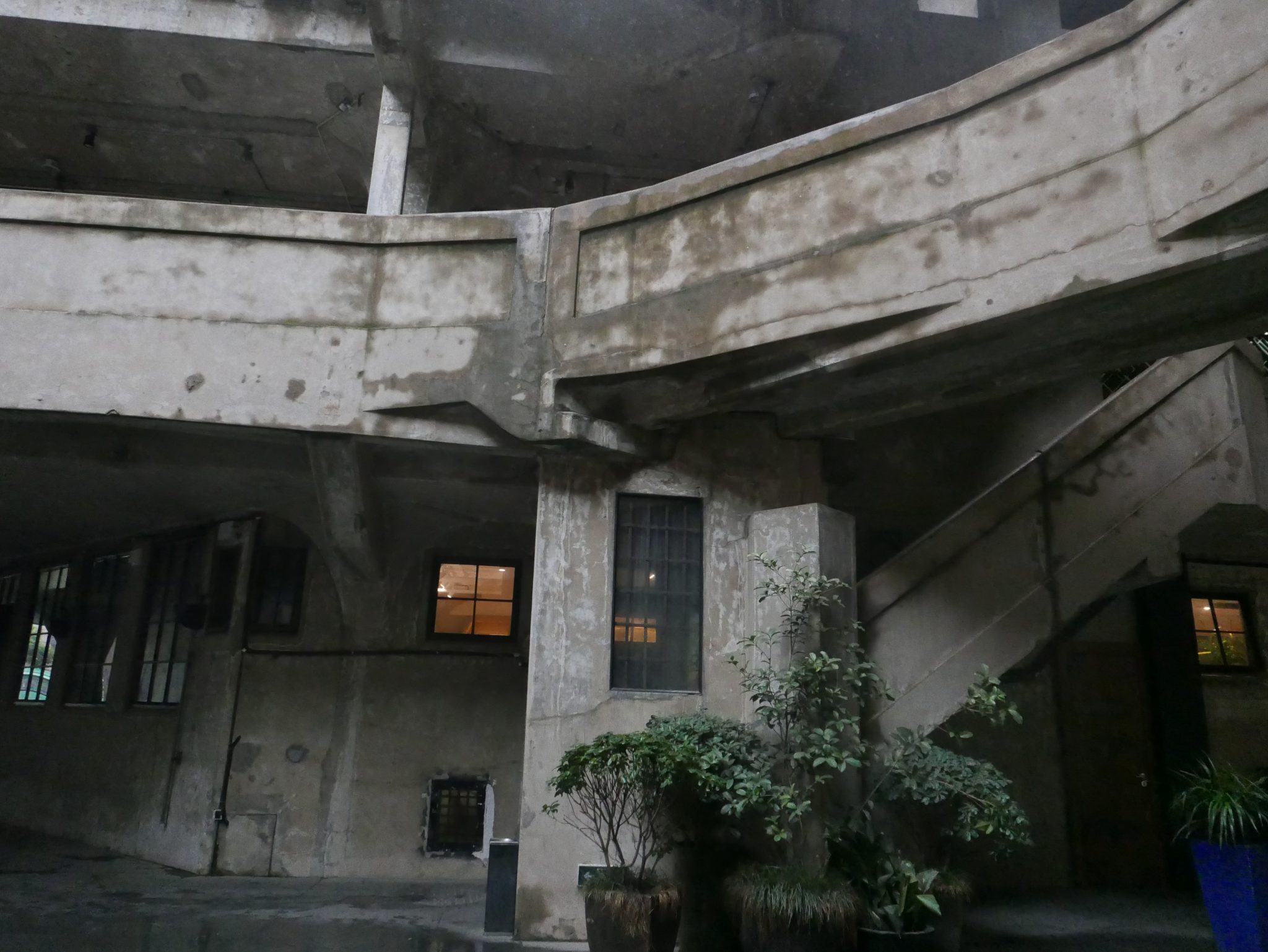 Was this your first time in China? In Shanghai? What were your first impressions?

Tash: This was my first time outside of Europe, and my first experience of Asia. I immediately felt taken aback by the city’s structure and strong visual impact ranging from the architectural structures to the bold signs and visuals. I found the atmosphere of Shanghai similar to London’s – only exaggerated a thousand times. It’s a very exciting city with many layers of history, politics and social living which comes through in its museums and galleries.

Charles: This was my first time in Asia too, so we only had our preconceptions to guide us. We both kept a very open mind and embraced the culture wholeheartedly. Subtle cultural differences constantly cropped up and were amusing to discuss and debate with the SIVA students with whom we shared a lot of our time. 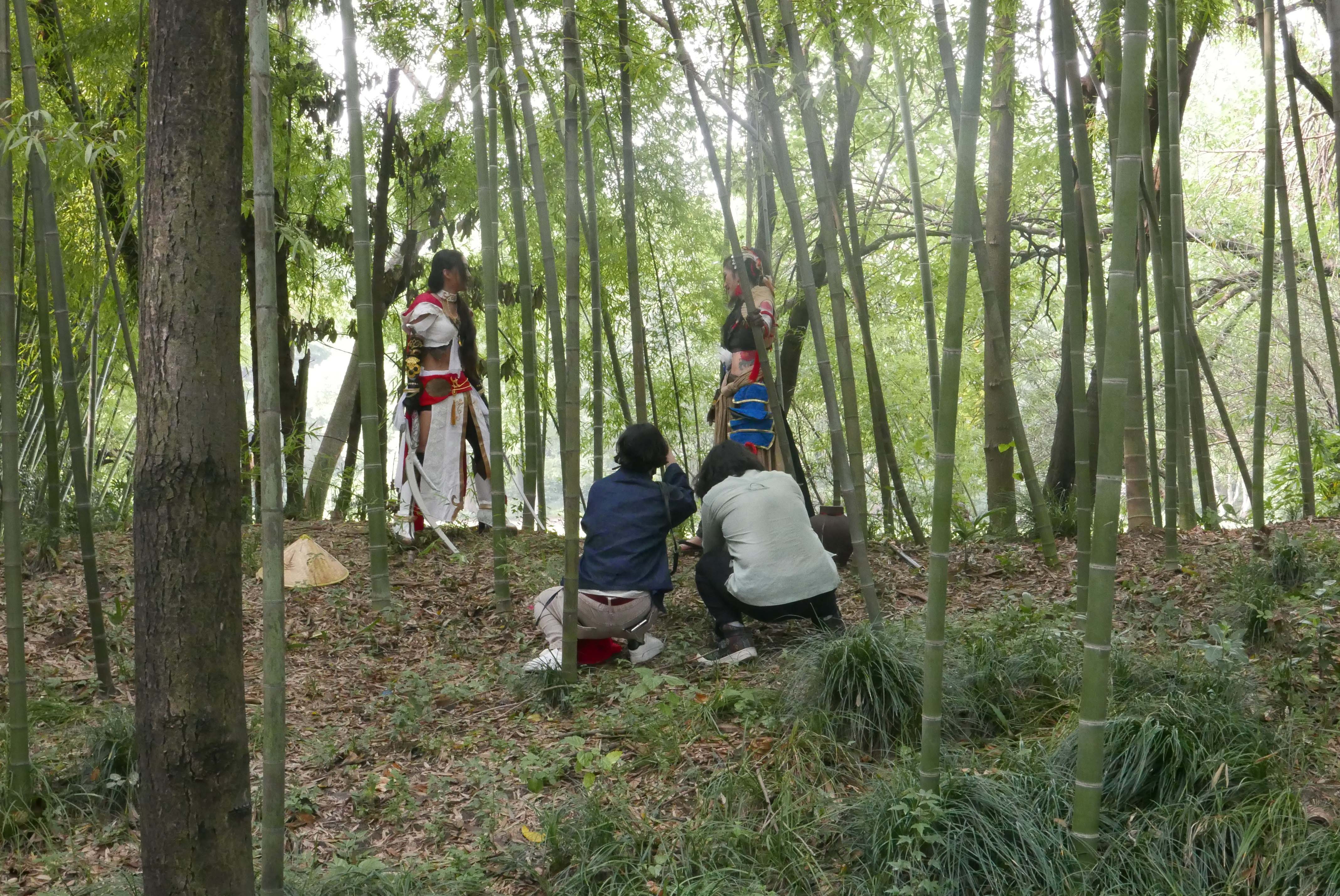 How did you find art and design in the city? What were some of your highlights?

Tash: There’s a huge influence of traditional Chinese design there, but also modern styles intertwined with it. They appreciate the originality of ancient Chinese art and design, and calligraphy. The temples surrounding the city are just as impactful as the modern buildings and styles of this century which are bold, colourful and illustrative. They continue to design and build architecture typical to traditional design eras but with a modern influence. 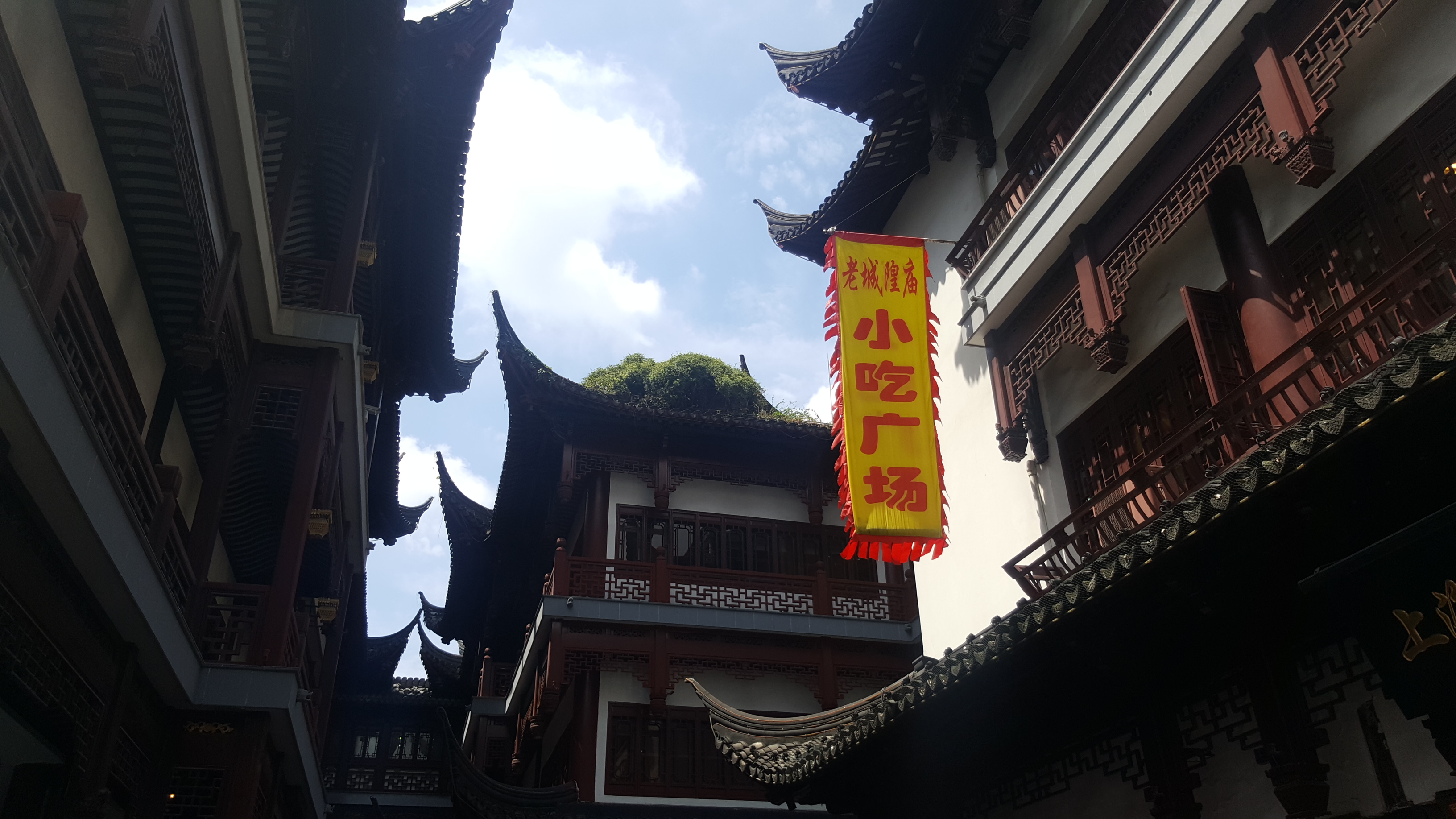 Charles: There is a feeling that the artistic scene in Shanghai is still very underpinned by tradition. Equivalent art and design courses will have similar structure to our own but would also include, for instance, courses in replicating classical painting, calligraphy and restoration. In spite of this, however, there is certainly a vibrantly emerging contemporary art and design scene. 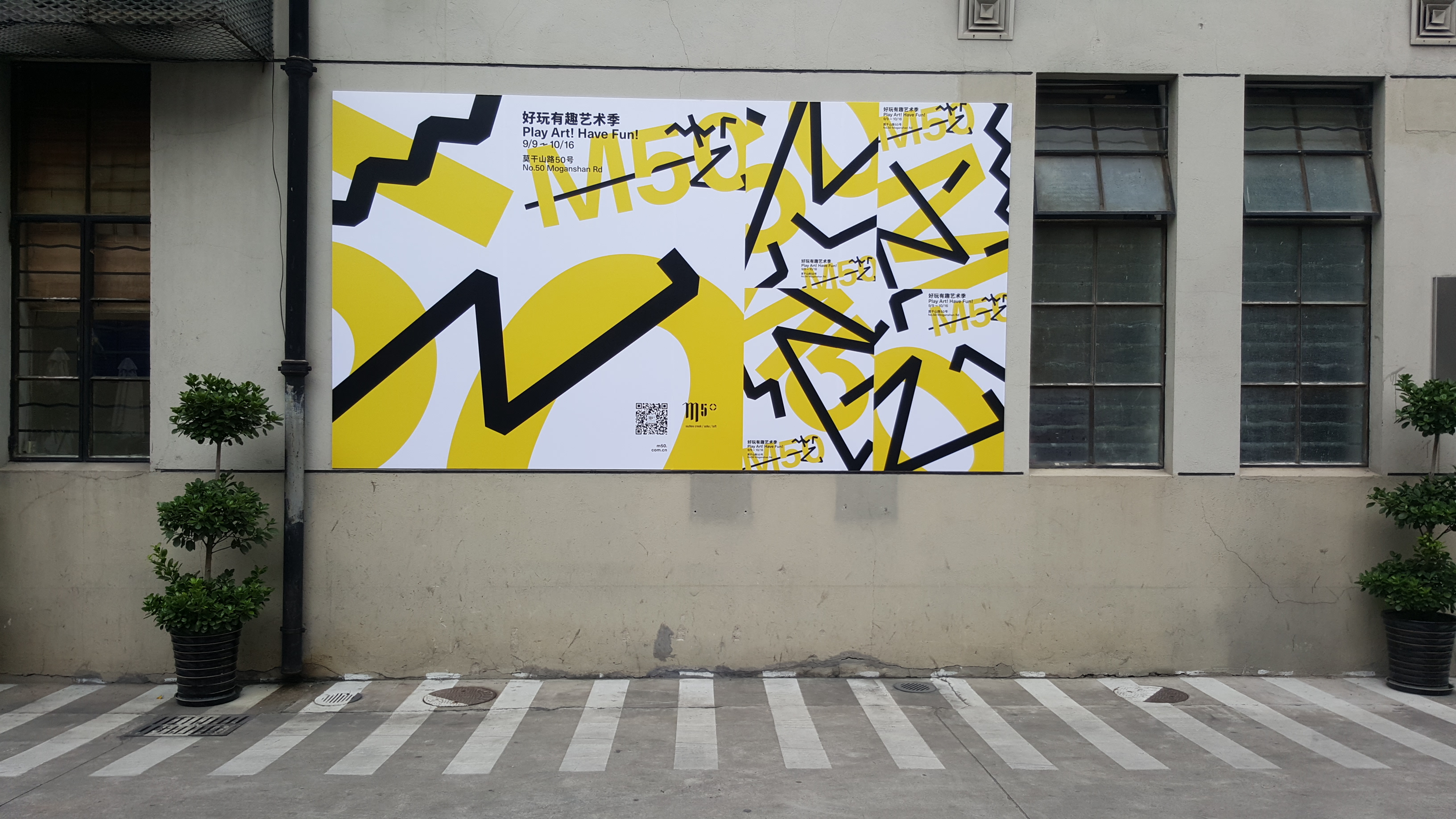 Tash: The Power Station of Art and the M50 district stood out as the biggest creative spaces that reflected the city’s current artistic style. There were arty areas packed with studios and galleries collaborating together in certain spaces. The more creative areas were quieter and more relaxed, and the more popular and busiest areas were the shopping and tourist areas.

Charles: Yes, the M50 district was impressive. It is a huge old industrial complex converted into open artist studios, galleries and shops which draws huge crowds of people. We also visited the Shanghai design biennale which was a great showcase of the technological advancements that are being undertaken in graphic and product design. 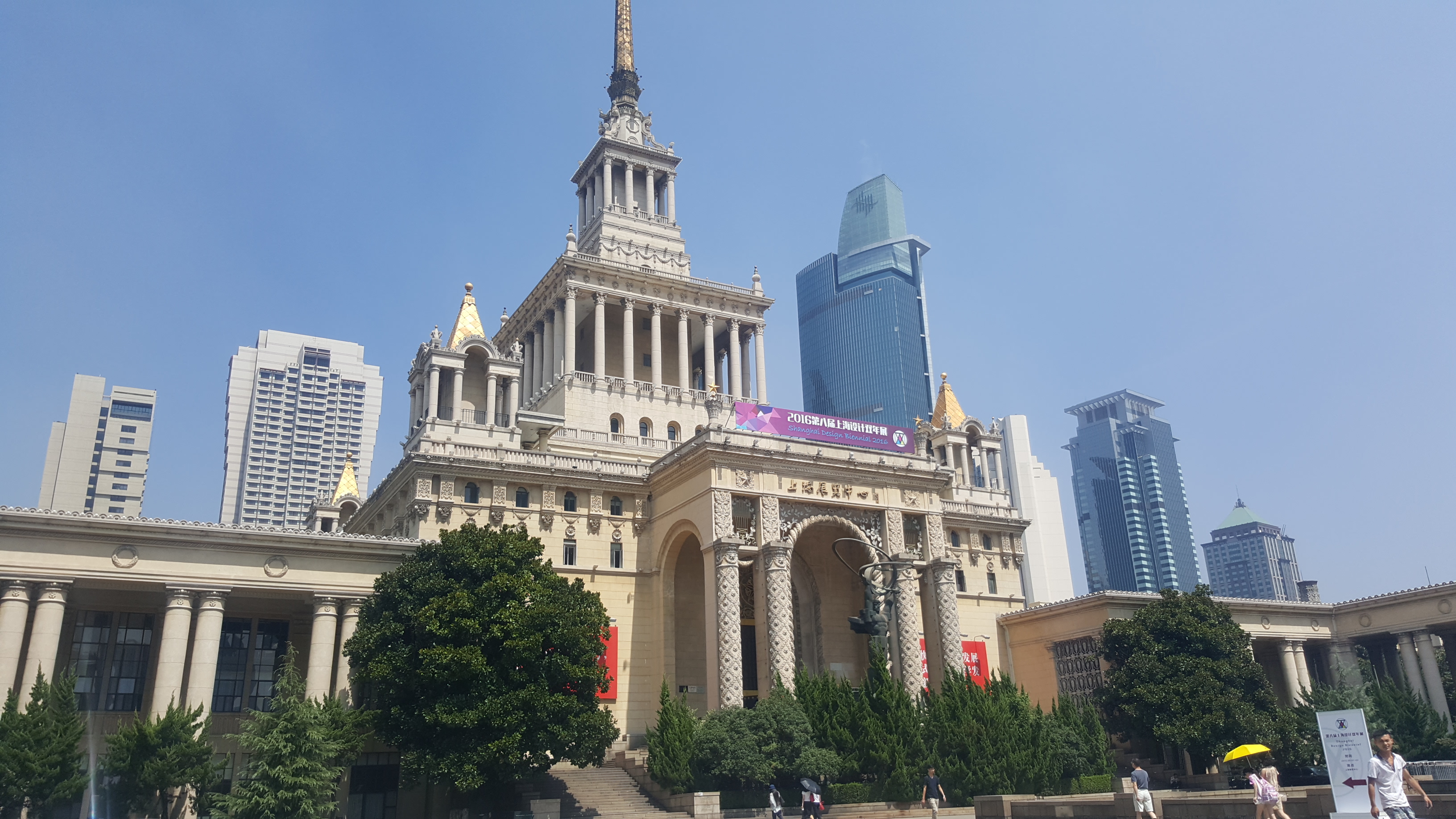 How would you compare London to Shanghai? What impressed you most about the design you saw?

Tash: I found Shanghai was actually quite similar to London in the way that it fills you will inspiration and curiosity the more you explore new areas. The pace of the city is also busy like London but magnified by the mass of people. The design is less subtle than London, visuals covering the city – the signs, posters and imagery all individually trying to stand out to a lot of people.

Charles: Also, London is quite literally dwarfed by Shanghai, the scale of the city was overwhelming. We spent every day travelling to different areas of the city and I still came away feeling we barely scratched the surface. And despite London being a very busy and fast moving city, it is immediately evident that Shanghai has a far denser population and they are constantly battling this. Residential high rises currently under construction are quite literally everywhere you turn. The city does however feel incredibly safe and we felt more than welcome during our stay. 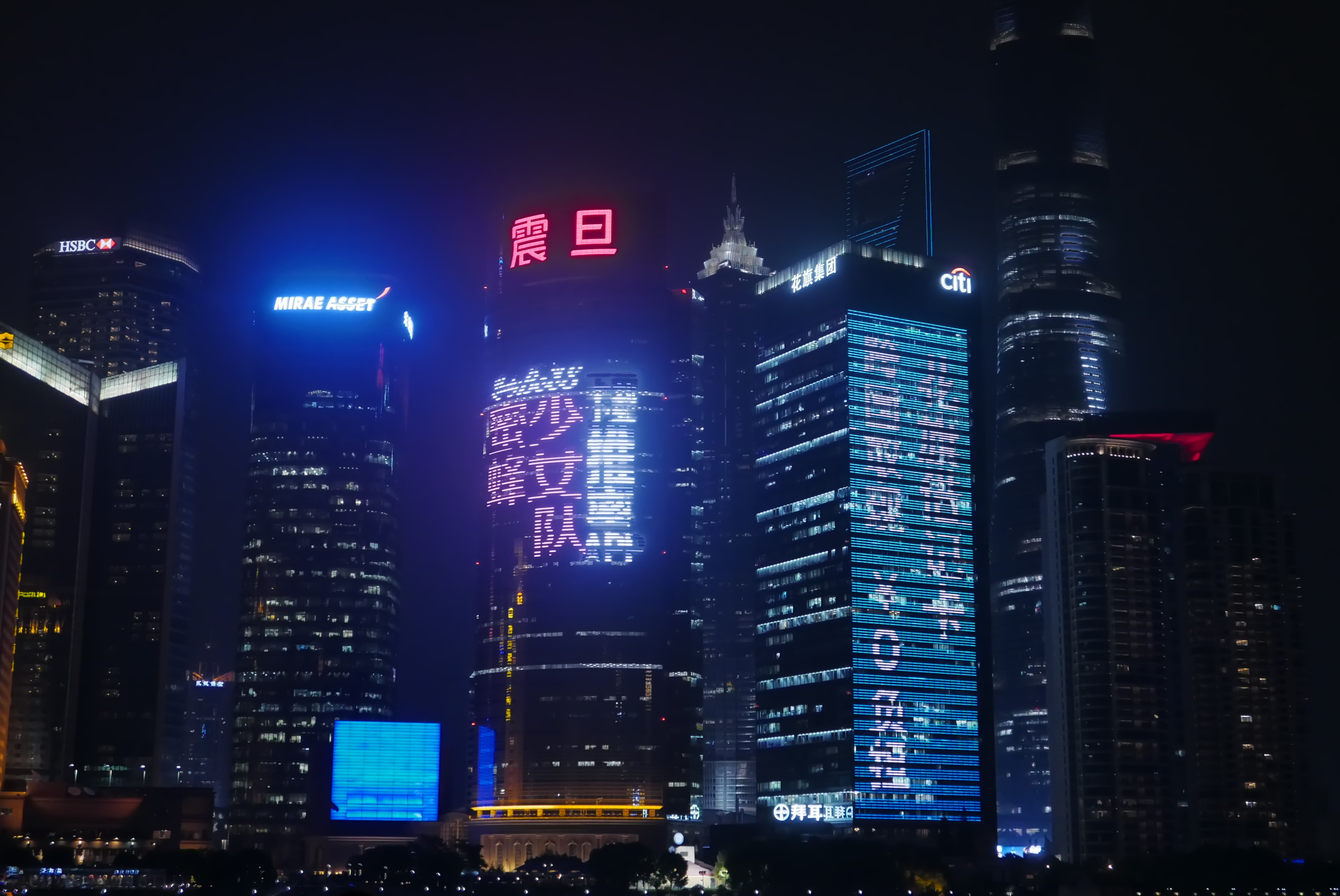 How do you think this trip will affect your own thoughts on design and your own graphic design practice?

Tash: The trip will really help us with the project we’re doing because we have the experience of physically having been in Shanghai which will encourage our research, help answer the brief and help other students with their research as well. It was incredibly useful to have the chance to talk to people, to ask them questions we would normally assume answers to and to have first-hand data to back up our ideas. It’s opened my eyes to how foreign and international design differs to what I see every day, and has broadened my thoughts for the future work I can create. Charles: My study focuses generally around typography, layout, print and photography so there was a huge wealth of new visual information to absorb during the trip. Being surrounded by traditional Chinese and Japanese book design was amazingly valuable to me because of its variation from typical western design. I have returned with a huge catalogue of photographic reference as well which should be hugely beneficial to the other students of my course. 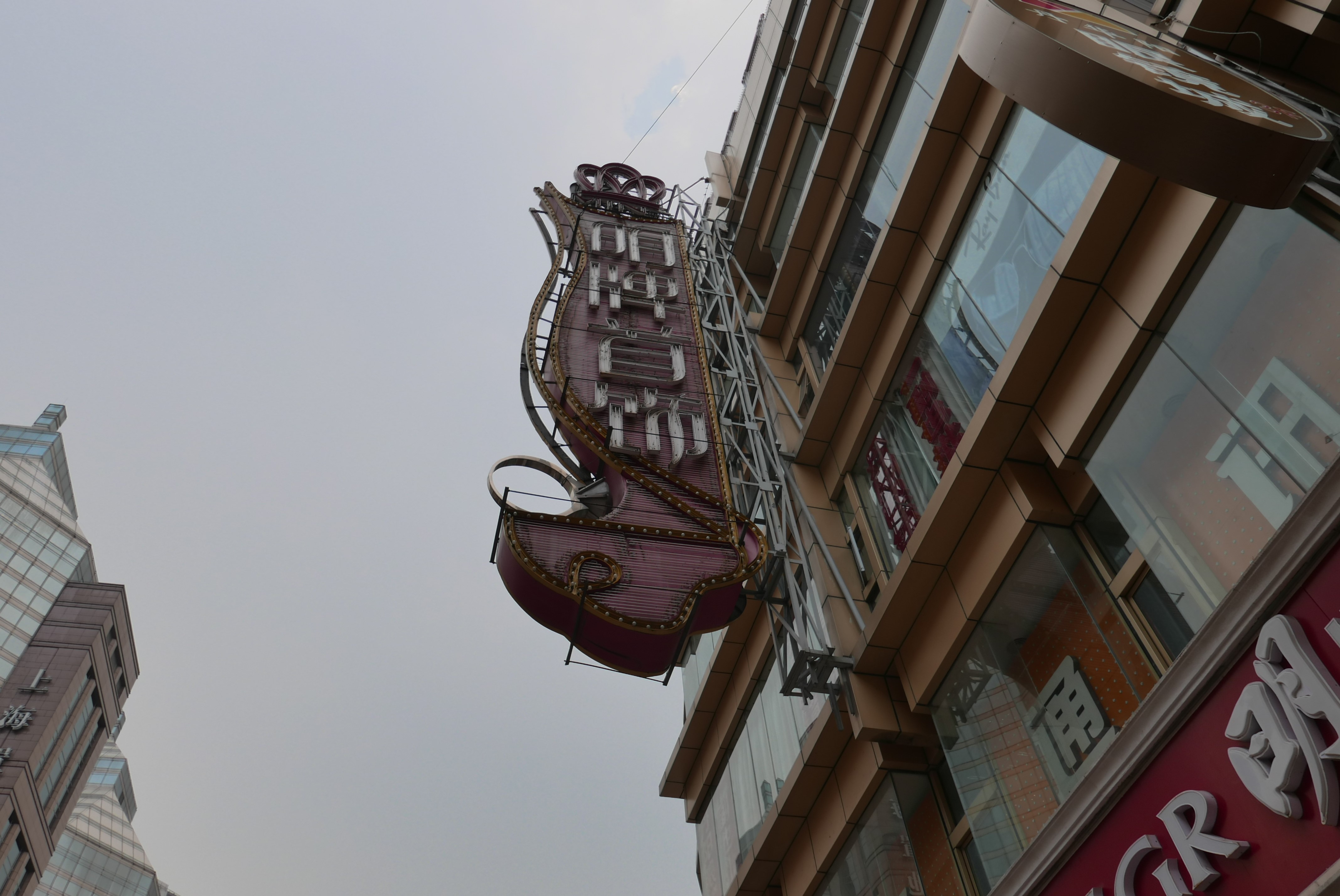 Would you recommend this kind of project to other students?

Tash: I would absolutely recommend this to other students! It’s an experience that can enrich your work and life experience too. Being able to gain initial research which can’t just be found on Google or Instagram.

Charles: I absolutely agree. Travelling is fantastic generally but you uncover more surprising and enlightening assets of other cultures when you are travelling with a more defined purpose. 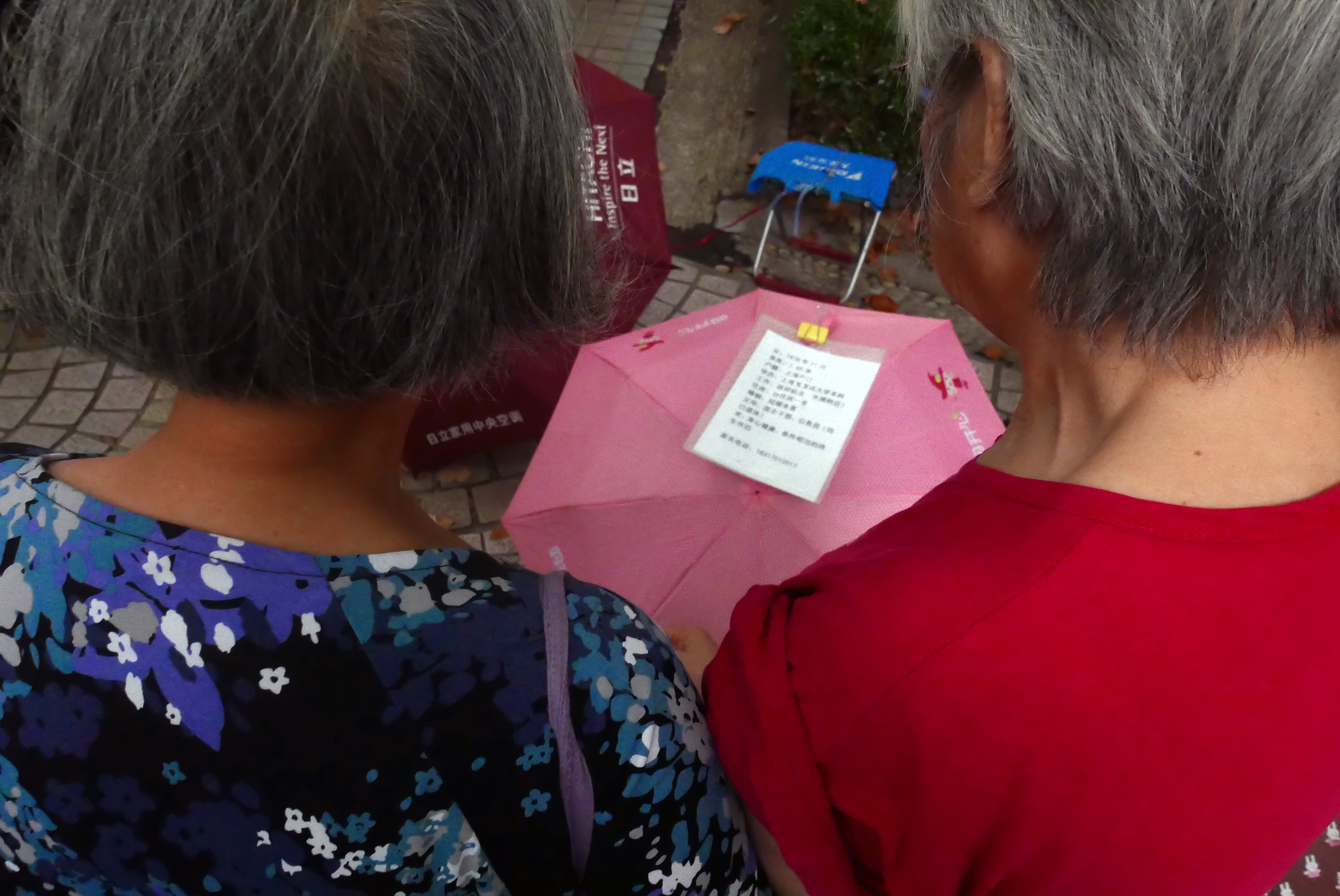