The Studio: One Year On – Kemi Onabule, BA Painting

Kemi Onabule graduated from the BA Painting course last year, and since then has been working to further hone her painting practice and has shown her work in multiple exhibitions.

We spoke to Kemi about what she’s been up to since graduating from Wimbledon College of Arts, her artistic practice and what she enjoyed most about the course.

Finishing my degree was a transitional moment both personally and when it came to my painting practice. It has been a process of learning the discipline of making work daily and of finding a certain enjoyment in the administrative side of the things, which at first was a bit overwhelming but now has become habitual.  For me it has been a really productive year of steadily making and showing work. One of my big fears of graduating was that somehow my practice would have to slow down or suffer in order to survive, but I think the exact opposite has happened. The harder I work the more I am influenced by the practical parts of life outside of my practice. I think this is feeding directly into my paintings as they develop into more complex and layered images. How has your practice changed and developed since graduating?

The freedom of having fewer deadlines and having far fewer critical voices around me, such as tutors and fellow students, has allowed me to gain a better understanding of my own instincts as to which way my work should be going. That ability to tune into my own critical voice in a constructive way has been incredibly important. I am able to dedicate more time to each painting as well as starting to find some kind of connection between the works. I have found that these connections come through slowly and in surprising ways and I am enjoying discovering them as the paintings emerge.

Your work features a lot of different places – how does the notion of ‘place’ influence your work?

‘Place’ is represented in my work through the home and other domestic spaces. It is something that I really started to explore in the last year of my degree, painting mainly singular objects like a chair or a pared down waiting room. Things that hint to the presence or absence of a person. Now the paintings have changed to show the home as far more comforting place. The work is still running along the lines of domesticity, but is far more populated by these everyday objects and textures. The paintings are an exploration of people through the places that they inhabit and the impressions they make on them. By taking the figure out of the work, the rooms take on a melancholic feeling. The images used in my work can come from a magazine, a home belonging to a relative or from my own imagination. All these things are incorporated to create a made-up yet familiar domestic landscape. 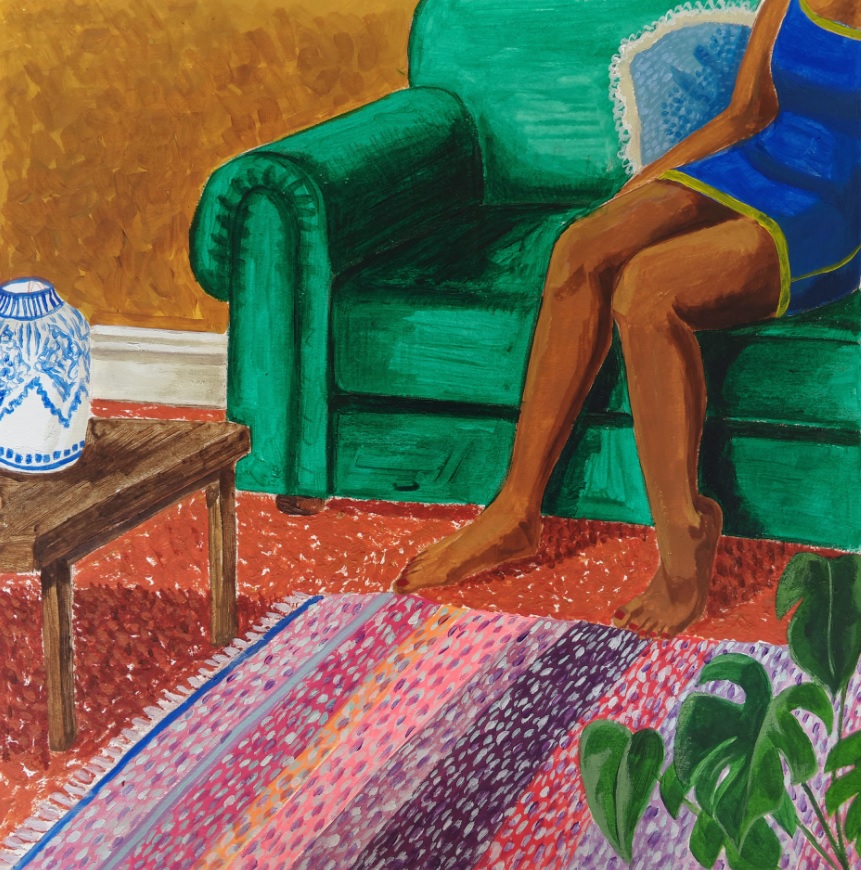 How would you describe your practice to someone who hadn’t seen your work before?

My work is an investigation of the domestic space or our daily living and working spaces that would usually be the backdrops to our lives. The environments that I paint are brightly coloured, even naïve in their appearance, using contrast and overlapping pattern as a way of entering into the work. The initial attraction is to the cheerful aesthetic, perhaps a reminder of a room with kitschy decorations from childhood, but on closer inspection of the detail the more uneasy elements of daily life become apparent. It is the uncanny or even sad element of these spaces that I am interested in showing.

What are you most proud of doing since graduating?

The encouragement and pride I have felt since leaving university has been generated through the daily motion of making work that I feel has become deeper and more directed. The fact that I have been able to build on the connections made at university and forge new ones with people who I admire artistically has been a huge source of encouragement.

What was your favourite thing about the BA Painting course?

I loved that I had the time and space to create work without the pressure of career or money and that I got to do it in such a relaxed environment. I think that Wimbledon gave me a very practical and critical understanding of my own painting practice as well as what is going on in art as a whole. 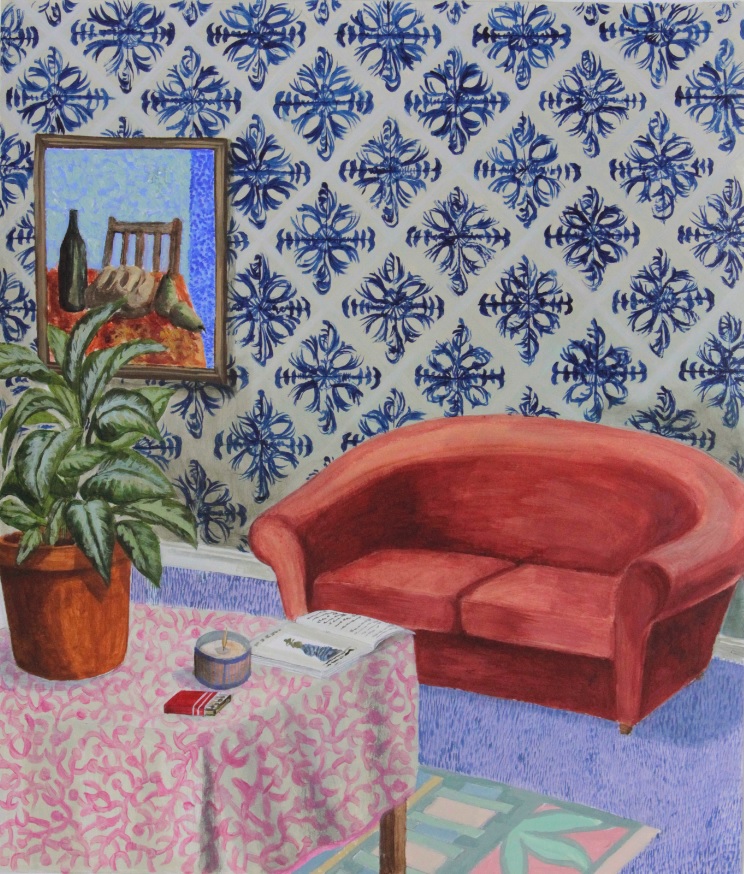 ‘Yet To Be Seen’ by Kemi Onabule

In the next few months I am hoping to put together a group show that deals with some of the ideas about home and place present in my own work. This will include other artists who I think are exploring some of the same concerns in really interesting way.

You can find out more about Kemi and her work by visiting her website and following her on Instagram.

We hope you can join us at our Undergraduate and MFA Summer Show this year! Click here to find out more.