La Wayaka Current’s main focus is to develop ways to engage people with environmental and philosophical questions through self-reflection, arts and culture, and Sally and Irene’s project aims to educate people who live in the West on the impacts of climate change.

We spoke to Sally and Irene about their plan for the La Wayaka Current project and how their BA Theatre Design course prepared them to take on a project of this scale.

Can you talk about your project in Panama?

Sally: The people we will be working with live along the coast on lots of little islands in Panama, and the main issue that is affecting their community at the moment is the rising of water levels due to climate change.

We want to create a soundscape about water and the rising water levels. We have recording equipment and we’ll record the rivers and ocean, and the different sounds you can make by interacting with the water – hitting it or running your hand through it, for example.

We have attended a few of the organisation’s exhibitions in the past, and it’s clear that the people who inhabit this area use storytelling to convey messages that are important to them. Because storytelling is such an important part of their culture, we want to make up a narrative story based on the facts we learn there. The story will focus on climate change as an issue, but will represent it in the narrative of a fairy tale.

We think the message will be more easily digestible if it’s conveyed in an interesting way that people actually want to listen to. We want to reach people who currently aren’t aware of these issues, and we hope storytelling will be a good way to target those audiences. The goal of this project is to change people’s thinking. I think people are engaging in critical thinking less and less, and are taking the easy option of accepting what’s in front of them rather than questioning it. I think people feel they can’t do anything about climate change, but at the end of the day we are the consumers, so we can change the way businesses approach climate change by choosing to support certain industries and boycotting others based on their actions.

We don’t fully know what the outcomes of the project will be, and it could all change based on what we learn when we’re there. 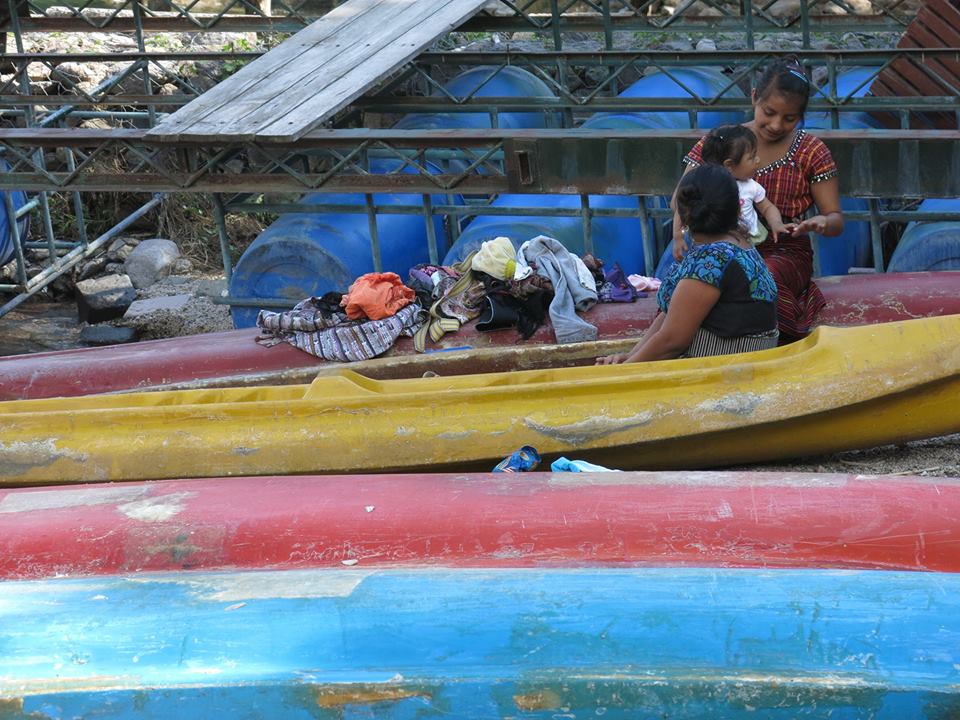 Irene: We also want people to understand that our way of living, the way we live in the Western world, is not the only way to live. It’s not even necessarily the right way. You can achieve the same level of happiness and comfort through another way of living, which is better for the environment. This is something else we would like our work to promote.

The organisation we are working with is called La Wayaka Current. They encourage not only artists but also scientists and engineers to go on these trips and experience different cultures in a variety of countries.

What we would like to do afterwards is tour the sound piece to a couple of festivals, and we have already applied to be a part of a few. We are going to take it to Pete the Monkey festival in the North of France, but also we want to take it to Children’s World and do interactive performances for children. We want to promote learning through play.

Sally: People receive praise when we’re working rather than playing, but playing is a very natural way to learn. We would love to promote the positive aspects of play in relation to learning; we’re teaching you something but you’re actually enjoying yourself and it doesn’t feel like work.

Irene: We’ll be with the organisation for three weeks while we’re there in Panama, but afterwards we are aiming to do some traveling. We are hoping to go to Columbia to volunteer on a farm where a lot of artists go, so it will be quite an artistic environment hopefully. Postcards made by Sally and Irene

How have your Theatre Design studies helped you with this project?

Sally: Normally with the projects we work on as theatre designers, the director, choreographer or even writer starts the project, and the designers come in later; we hop on when they’ve already got the ball rolling to help with the visual elements of the piece. Working on a project like this from the very beginning is really interesting, because I am usually not involved in a project from its inception.

The course definitely helped to develop my creative mind-set and critical thinking, especially from working on our self-directed project in the third year. My final project was actually about play and fairy tales, so it relates well to what we want to achieve in Panama.

Irene: My dissertation focused on how to transmit identity through performance, so we have both taken inspiration from our final projects and merged our ideas together in a real-life project. I think from that point of view the course has been very helpful.

The course also teaches you organisational skills and that you need to make things happen yourself. It instils you with an energy that encourages you to challenge yourself and go out there and do it.

Find out more about studying BA Theatre Design at Wimbledon College of Arts.