Power To The People? by Damaris Athene 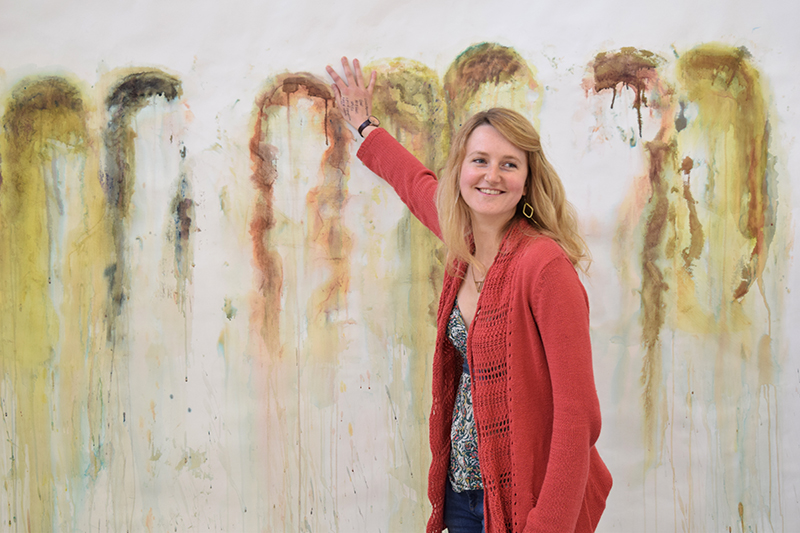 Damaris Athene next to one of her paintings, Stain (Composition of 8), for the Undergraduate Degree Show 2015

This week we have invited 3rd year BA Painting student Damaris Athene to be our first blog guest in a our new series ‘Narratives from Camberwell’. Here Damaris shares her experience of participating in the social engagement project LOOK AT THE (E)STATE WE’RE IN in May 2015, and also gives us an insight to her work.

LATEWI or LOOK AT THE (E)STATE WE’RE IN looked to explore the unmapped relationship between the council estate, the community and the arts. The project aimed to provide a forum to discuss, dissect and disseminate the collision of the utopian ideal of socially engaged art with the equally utopian notion of the council estate. Discussions looked at how these visionary ideas translate into reality, and tried to answer questions such as; ‘Can art be used to solve social problems?’

The project was run by two Camberwell College of Arts tutors, Patricia Ellis and Jordan McKenzie. The two day symposium presented panel discussions twice a day about different topics such as art, council estates and socially engaged art and the problems that arise with this practice. I ran a workshop with another fellow student at the Peckham library and invited kids to come and collage their dream house. We were granted funding from Student Enterprise and Employability (SEE) and the Camberwell, Chelsea and Wimbledon (CCW) Graduate School at UAL to carry out this workshop.

I also chaired one of the panel discussions, ‘Power to the People?’ which looked at how self initiated organizations could be better than working with an existing organisational framework. In our panel we had a diverse mix of people including Emily Druiff (Director of the Peckham Platform), a representative of the E15 Mums, an activist group campaigning for social housing rights in east London, Cara Courage, and the Live Arts Development Agency. We discussed forms of ‘social cleansing’ around London, where people are pushed out of areas because the council wants to sell the land to property developers.

I am highly interested in socially engaged art. As part of my first year project, I did a work placement at Peckham Platform and through that I learnt more about art’s role within a social context. Look At The (E)state We’re In symposium

In the 2015 Degree Show I will be exhibiting two large paintings from my ‘Stain’ series. I started the year thinking about memory; when trying to recall a person’s face in your mind it often slithers between the fingers of your minds grasp and in endeavouring to catch it and visualise a clear picture you, in fact, chase it further away. I was making small A4 paintings of faces/heads with ink onto sanded paper at the beginning of the academic year. There’s a symbiosis between the scratches and the ink, creating spontaneous forms that look like an organism, such as mould, growing. I then dramatically increased the scale to 1.5m by 3.5m! With these large-scale paintings I painted through chiffon, distorting the image and eradicating the mark of the brush, leaving strange stain-like splotches. The paintings evoke a sense of the ephemeral and a feeling of an absent presence. Images of heads become strange abstracted forms, which allude to natural structures. 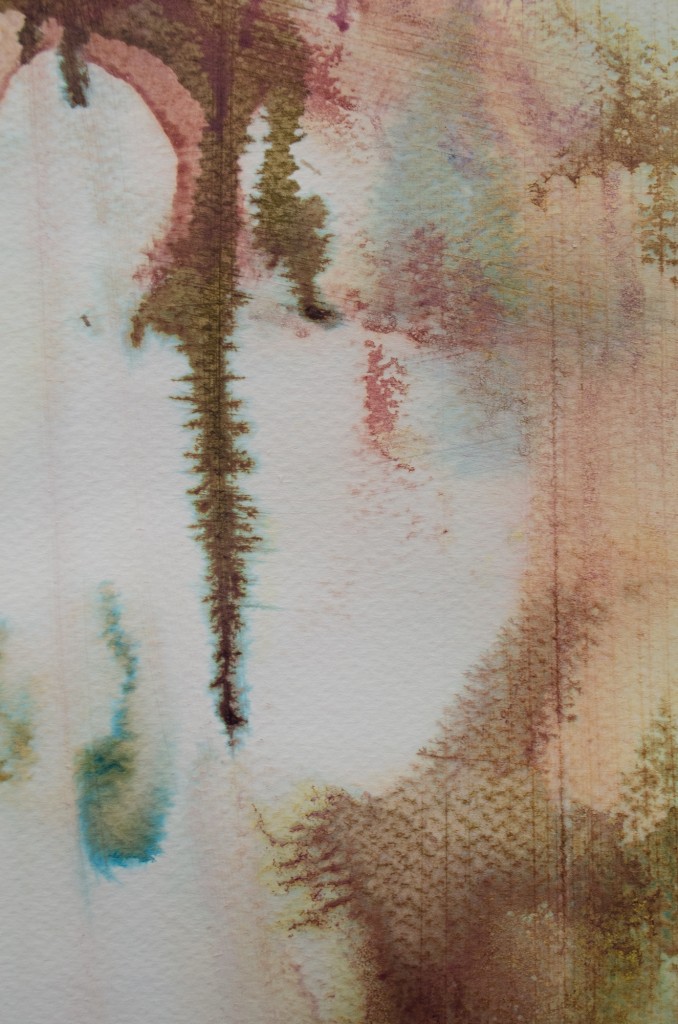 Damaris’s paintings will be on display at Camberwell College of Arts during the Undergraduate Summer Show 2015 from 22 to 27 June 2015.