Kyulx painted the mural during the Easter break, completing it in early April. This was Kyulx’s first mural, we asked him some questions about the process. We also have images from start to finish of just how Kyulx made it. Starting the grid drawing for the mural

This is your first mural, what was it like to go about such a large scale piece?

I spent a large portion of the process going over the gird and making sure it was to scale with the design.

How does it feel to have finished the mural?

It feels amazing! I’m excited to develop my style, maybe wall murals might be my new thing?

Are you happy with it?

There are areas that need improving, but overall I’m happy with the outcome. I get to showcase my work to a large audience and get to see my work every day, that’s cool!

Does it look how you thought it would from your plans?

The colours came out slightly different, but that was expected. Other than that, the design came out great.

Has anything changed drastically from your original brief and design?

There were 28 colours in the original design and a lot more shapes. After discussing the design with friends and tutors I worked on a simplified version; adding a white stroke to the shapes to brighten up the area and the design. Also, I reduced the colours to 11 as I knew they would not work with the budget or time.

What, if any, difficulties did you face while doing the mural?

Circles! circles are the devil, but I have learnt a way to do them now. Also, drawing straight lines was difficult, luckily I had a friend helping with the grid.

Would you do anything differently for another mural?

I would like to see how some type would work mixed into the design, also the shapes themselves; making the shapes more abstract.

Any advice for students who may be considering designing and completing a mural?

When designing the mural just keep thinking of this quote from a person you may know.  “JUST DO IT!” Shia LaBeouf. Ruling out the grid 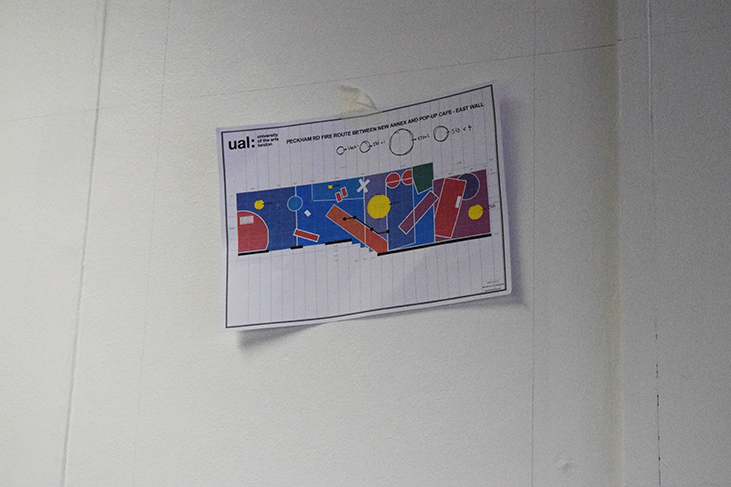 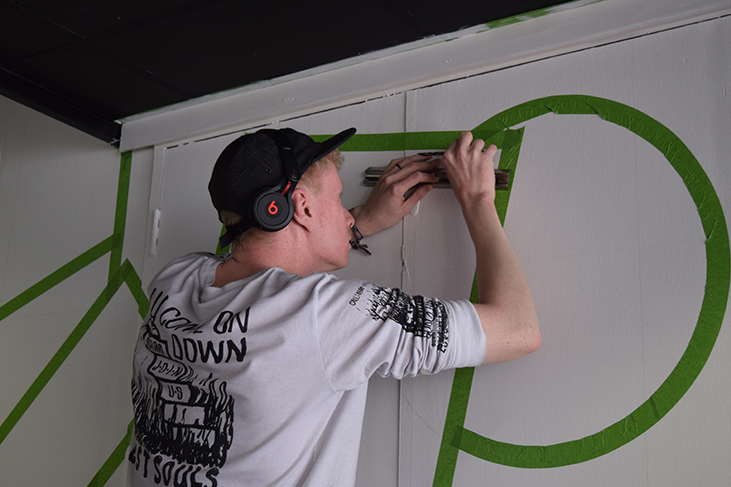 Kyulx putting on the masking tape 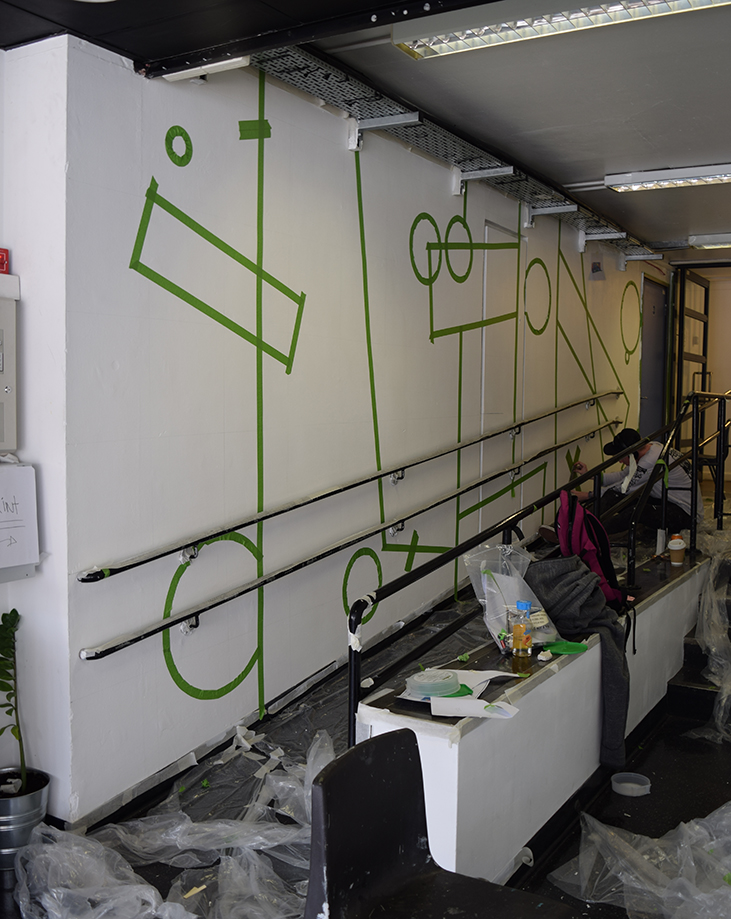 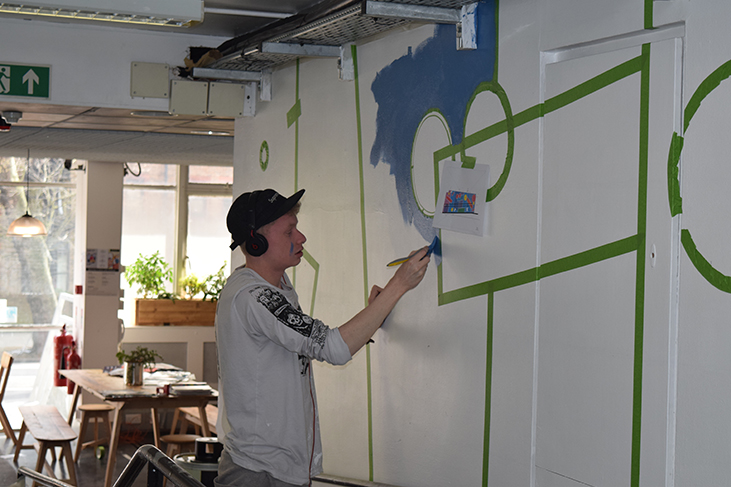 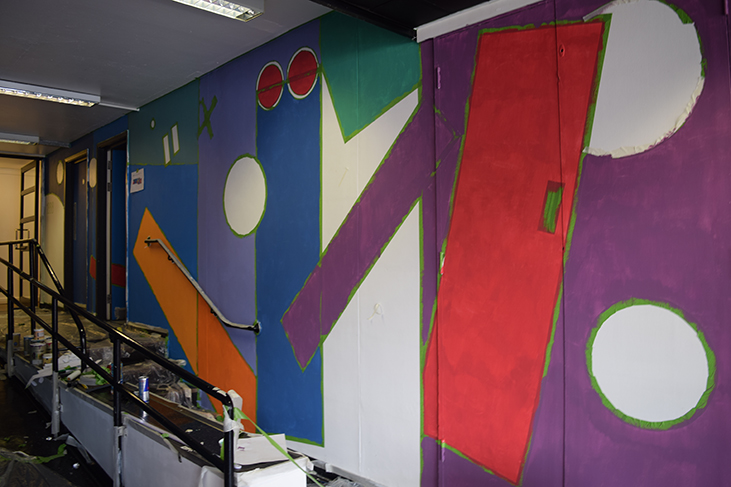 Almost all the painting is complete 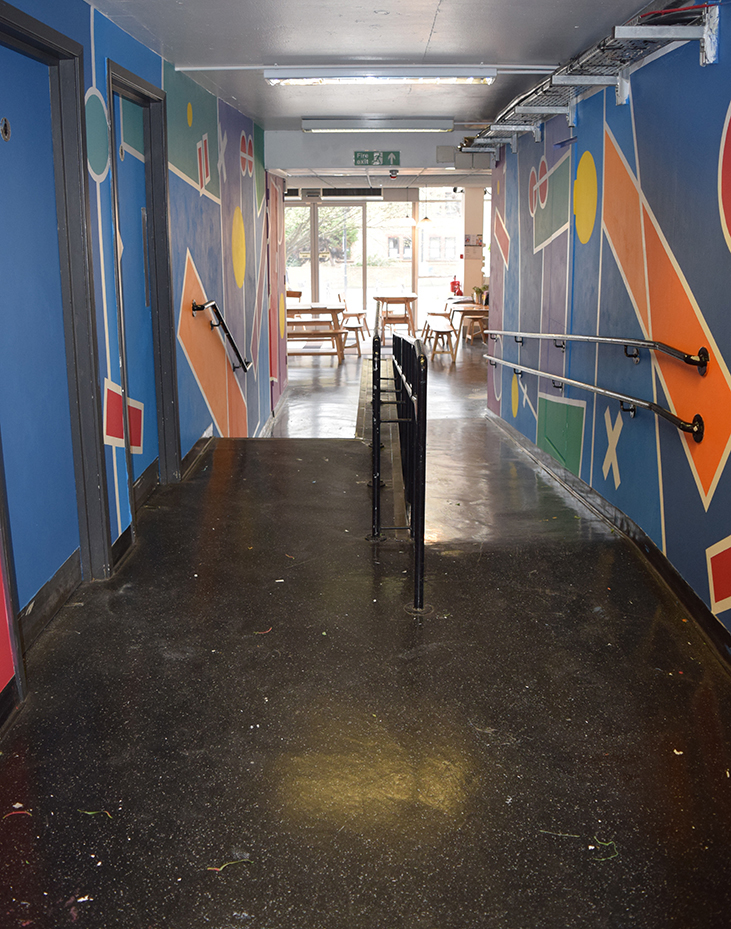 The wall mural is complete 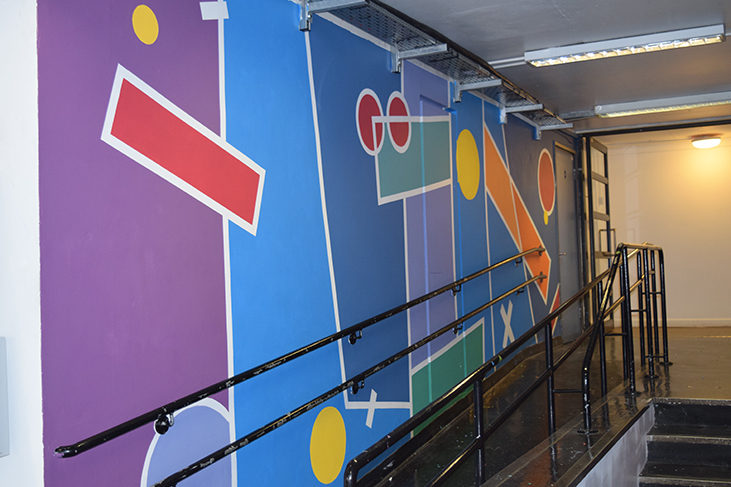 The ramp side wall of the mural 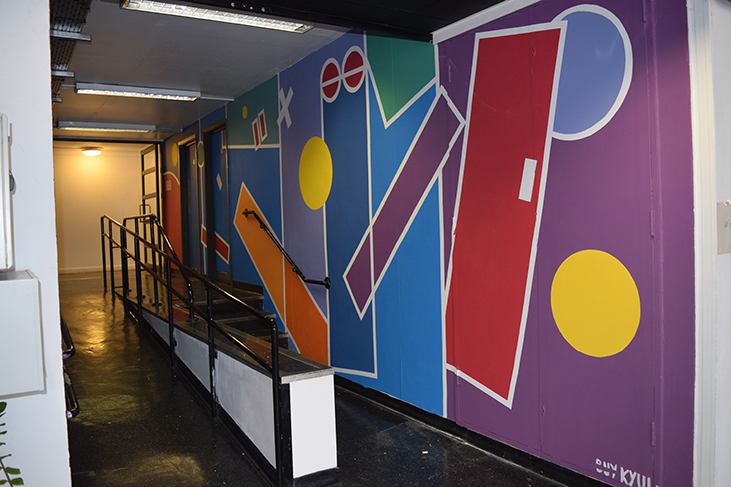 The stairs side wall of the mural