My project, titled ‘The Unconscious’, was based on research into psychoanalysis and the Freudian understanding of the unconscious mind. The research inspired a variety of experiments that attempted to understand the workings of my own unconscious, resulting in my final piece, Conscious Unconsciousness.

This year I have began to work increasingly with ready made objects during my research process, which is why I made the decision to make a sculptural final piece instead of a painting. The piece involved elements of wood and plaster, requiring the use of the 3D workshop facilities. As a result, I have gained a basic knowledge of how to work with these materials that I hope to build on when studying Fine Art at Chelsea.

The piece reflects on my investigative process, particularly my frustration at the level of censorship that inevitably occurs in the making of work and the difficulty in making a truly unconscious decision. I therefore chose an unimposing, pastel colour palette to dampen the seductive qualities of the objects within the installation, making it more ‘acceptable’ for a public viewing.

The colour palette of the final piece was inspired by a series of paintings I made, that involved painting over abject imagery as a way of ‘censoring’ them. The piece built on this theme of censorship of thought: its structure based on a 30 minute installation I created in an impulsive manner, which was then edited into a composition I felt was acceptable to be viewed by a large audience.

During my project I became very interested in the tactility of sculptures. I employed a variety of different techniques when making the piece, in order for there to be a breath of materials and textures. I started by making the wooden frame and table, as I felt I was least confident about making these, before stitching the large, lilac rectangle and making forms out of felt, latex and play dough.

Much of the materials I decided to use were based on a series of experiments that attempted to understand the unconscious attraction I have to certain objects. The materials therefore tended to be textural and pleasing, including latex, satin and fur, for example. It took two weeks to make. 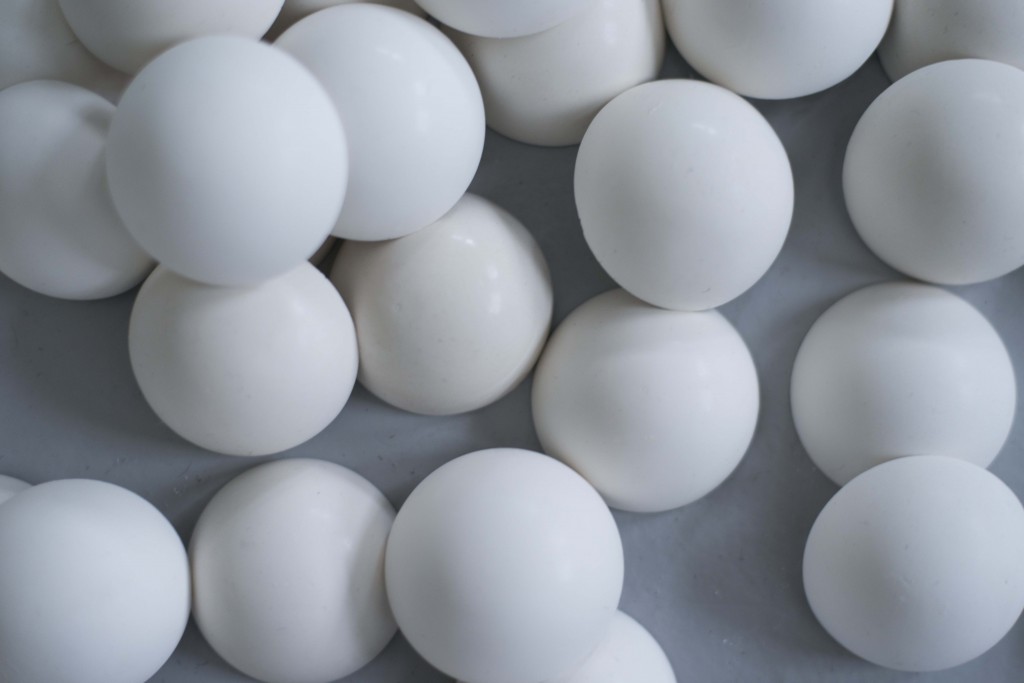 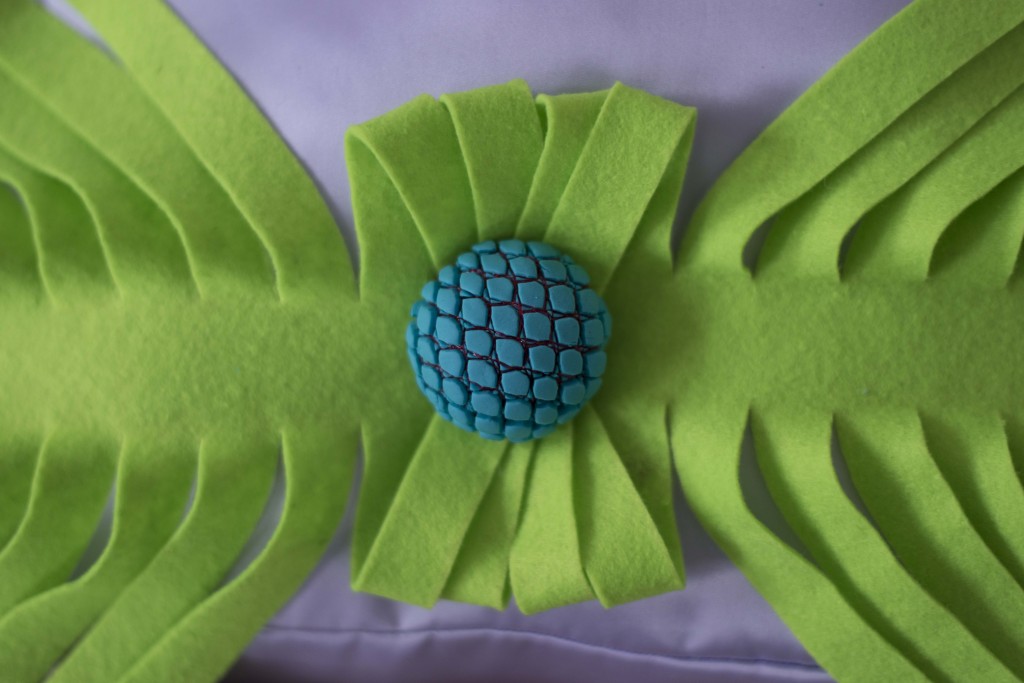 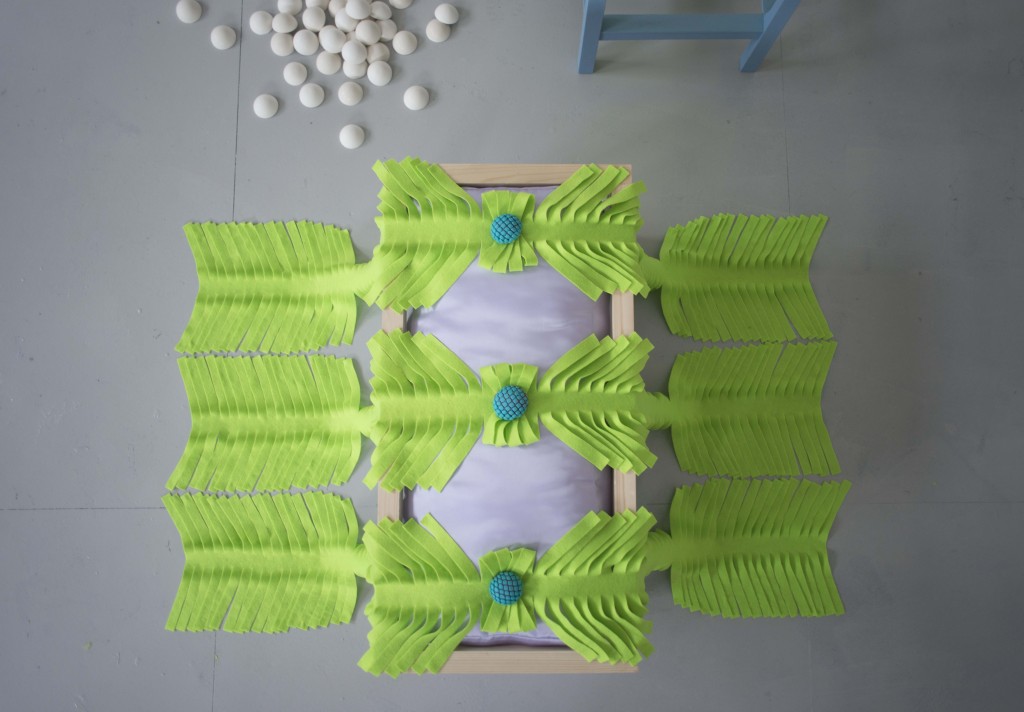