With just a few weeks before Camberwell’s Undergraduate and MA Conservation Summer Show 2017 opens to the public, we have planned a series of posts showcasing the excellent work of final year students from across our courses. To start, MA Conservation student Solange told us just how she made her final show piece.

My name is Solange Masher and I am a final year student on the MA Conservation degree, with books and archive materials as my specialism. In June I will be taking up a position at the British Library as a conservator on a digitisation project run in partnership with the Qatar National Library.

Currently, I am finalising work for display at the degree show. A large aspect of this project has involved re-sewing two Ethiopian parchment manuscripts. These date from the 17th and 19th centuries and contain various religious texts in the Ge’ez script.

The books were in a poor state, with broken sewing and distorted spines. This is how they looked: 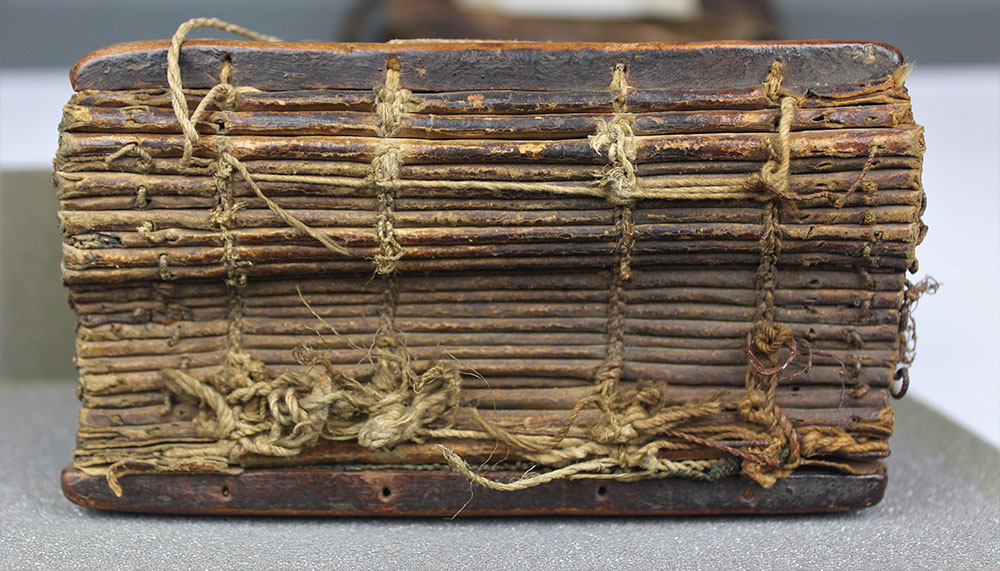 First I removed the sewing and then repaired broken areas of the parchment pages. Next I used a small amount of water to soften the parchment at the spine so that it could be flattened into a straighter shape. Here are the books after this work: 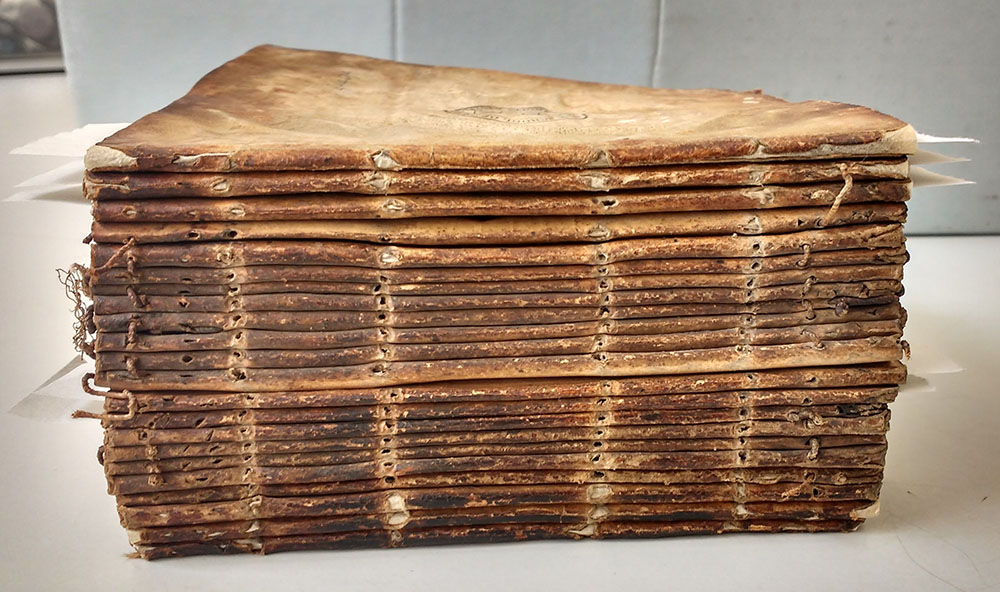 I resewed in traditional Ethiopian style, which included sewing through holes in the wooden covering boards. However, the holes were surprisingly small and the thread was very thick, creating a bit of a problem!

This was solved by feeding a loop of fuse wire through the hole, putting the thread in the loop and then pulling it back, bringing the thread with it. 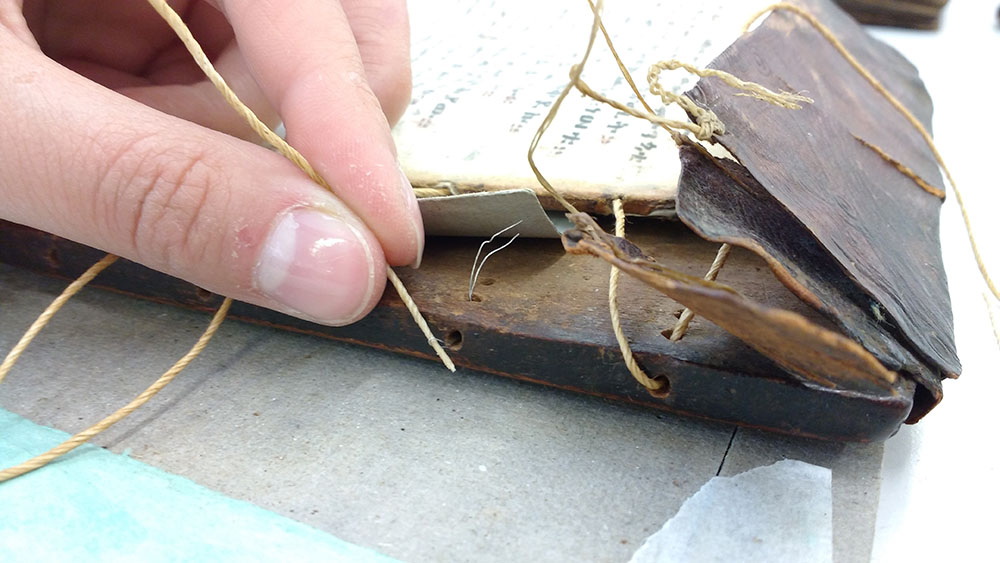 For the book that had lost its wooden boards, I made replacement paper ones that could be sewn on exactly like wooden ones would be. 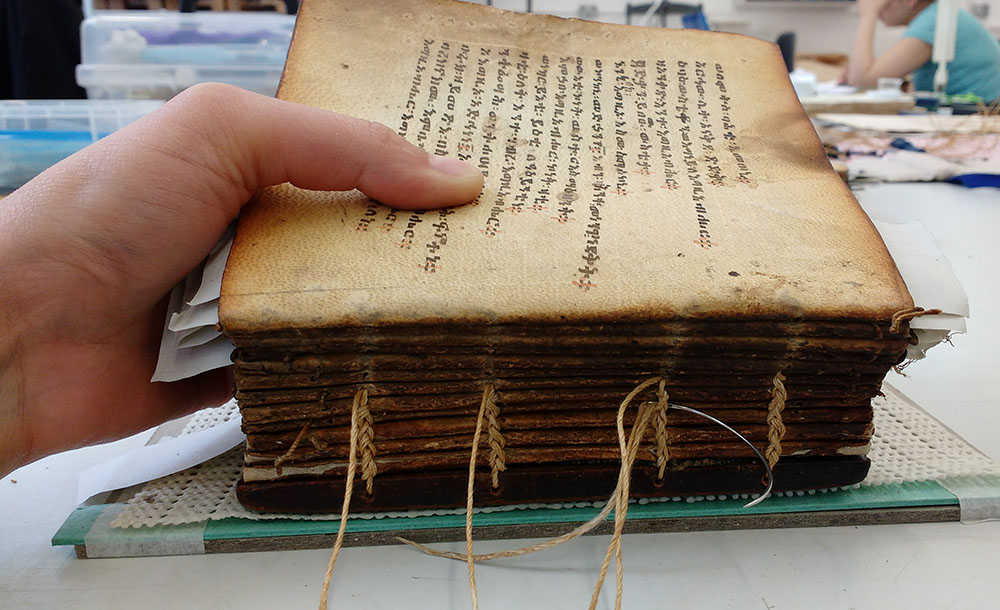 After sewing, the threads looked a bit bright and new against the book so I toned them down by brushing on shavings of coloured pencil lead. Here are the finished books: 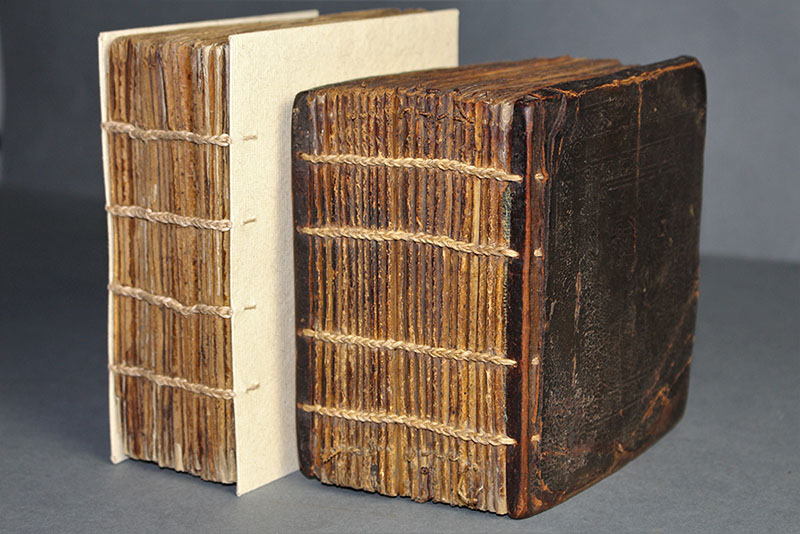 Solange and her fellow MA Conservation students will be displaying at 1 Wilson Road during the Summer Shows 17, 19-24 June.