MA Designer Maker student Porntida Kruapat is from Thailand, her professional  background is in interior architecture. Her final project is focused on how people’s minds engage with architecture. Porntida tells us just how she made it…

Architecture embodies our lived experiences, conversely our minds interpret architecture in many different ways, depending on how the form and function of the architecture suggests familiarity to us. My starting point was the word nostalgia a longing to return to a former place, in this case the demolished spaces within the college building, leading me to explore how our minds form memories of architecture. 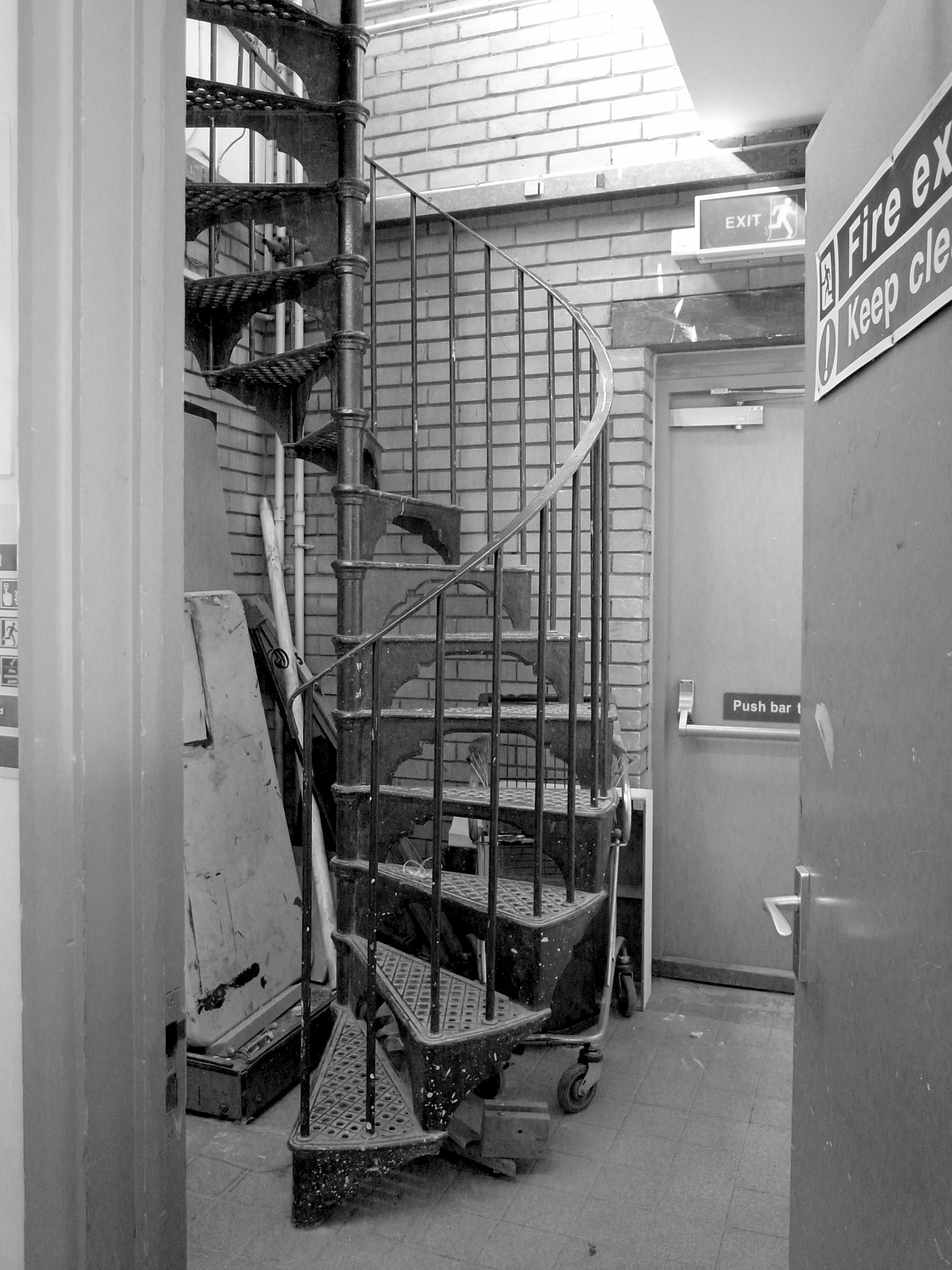 The original staircase in Camberwell

One part of Camberwell College of Arts adopts the brutalist architectural style constructed during the 1970’s. During the summer of 2015  some of this building was removed in preparation for the development of a new academic building and halls of residence. Before and after the event, I documented the whole process focusing on how we use and familiarize ourselves with space.

I tested how memory works in a space by observing myself and others who engaged with the demolished spaces, this allowed me to collect many kinds of visual and non-visual references, mainly from the MA Designer Maker studio during the first phase of the demolition. The collections include; wall texture interior and exterior (characteristic of Camberwell), dust, atmospheric sound, scents, photographs and personal interviews.

I reassembled architectural features evoked by  people’s memories of  the lost space. The very first model was mainly inspired by responses to the interview question, “what do you remember about the lost space of Camberwell?”. The main feature that was mentioned was the spiral staircase to the second floor studio.

My thoughts are that our perceived memory is quite accurate when recalling the scale, dimensions and ergonomic properties of a space we are familiar with. On the other hand, the scale of a space seems to distort in our memory easily, making accurate recollection difficult. The spiral steps from Camberwell

In the process of making I constructed a cabinet built from a recollection of the space I recorded prior to the demolition, and then reconstructed using real architectural processes. These processes included,  concrete wall components being reinforced  using wire mesh inside the castings, and various other elements of architectural construction being used in creating the base structure, floor, walls and ceiling. 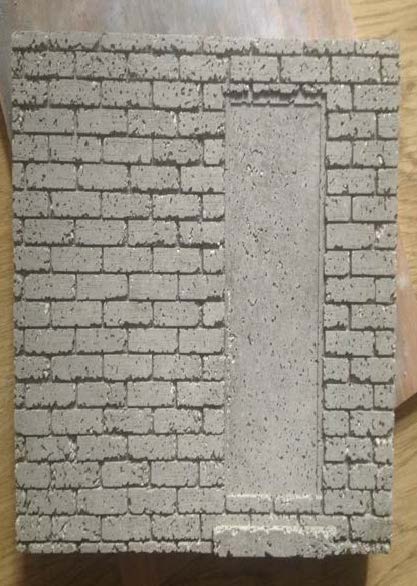 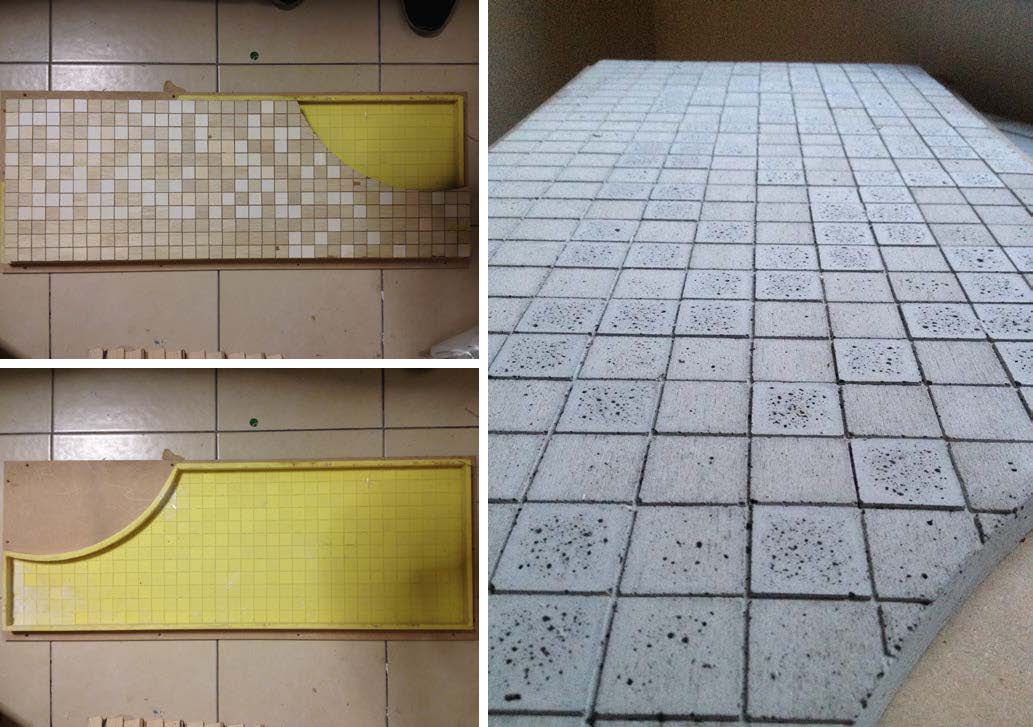 The real brick wall texture has been cast to represent the period and style of the Camberwell building by applying latex on to fabric on the wall surface. Once dried, instead of using the generally used talcum, or other powders to prevent the sticky behavior of latex; dust from the old space has been used giving extra meaning in the memory of place. Dust was used again during the concrete casting process to emphasize surface imperfections in the concrete which reserve saw dust, general dirt and metal filings from the old 3D workshop and MA Designer Maker studio. 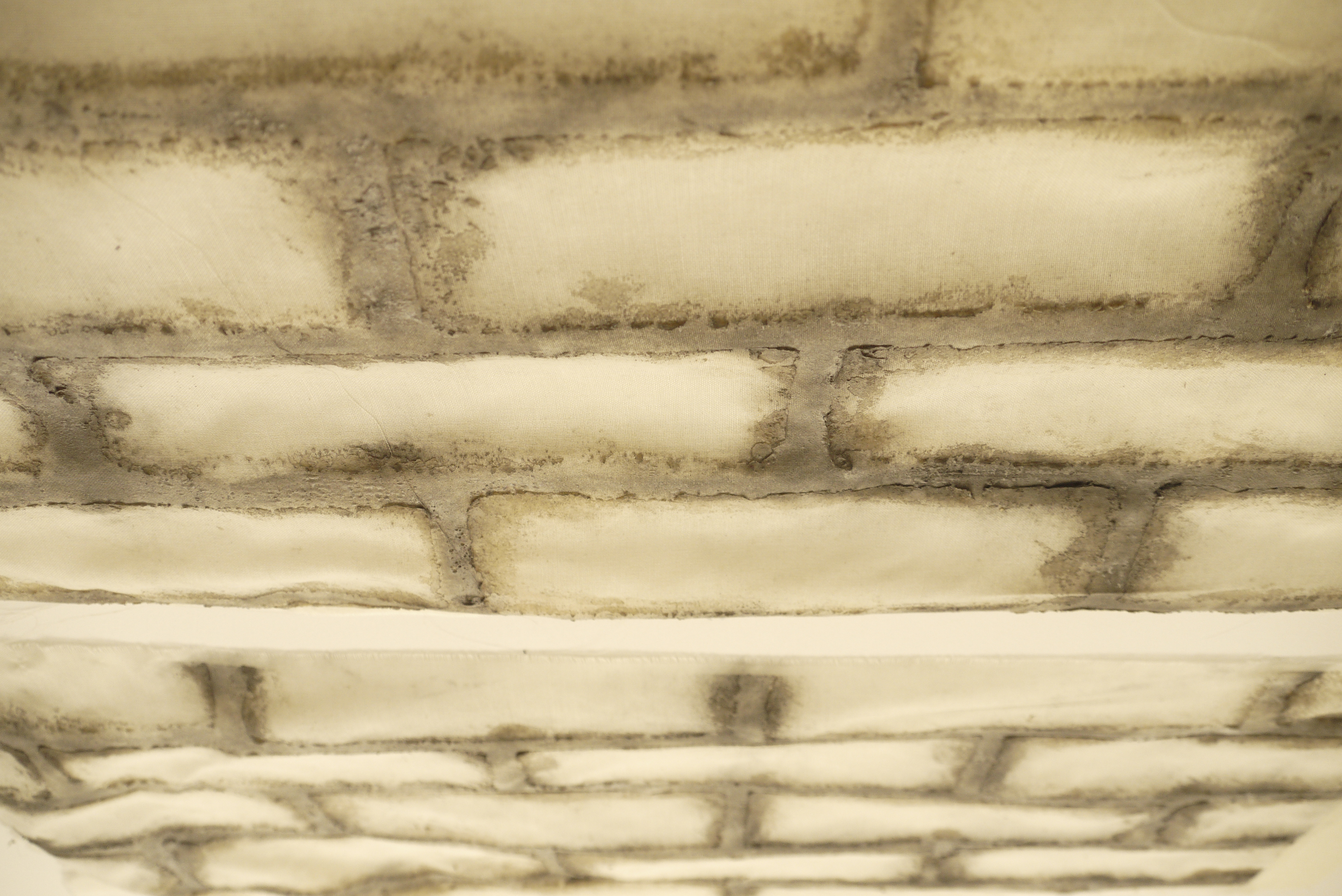 Rust and decay became important issues in the project with the introduction of cast iron steps and the collection of metal dust from the lost space, which can communicate without words the character of change over time like the nature of memory and thought. It supports the work so well that I decided to use salt and water to encourage the growth of rust, so that the process of change is recorded every day as the work is left outdoors to weather. After applying finishing processes to the concrete walls there remained the mark of rust, emphasising the pitted surface, recorded through the casting process. 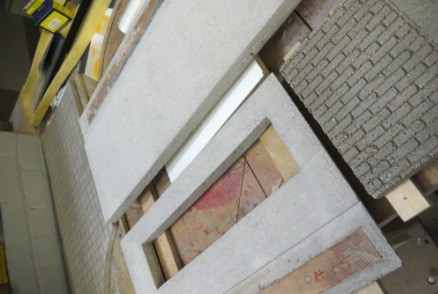 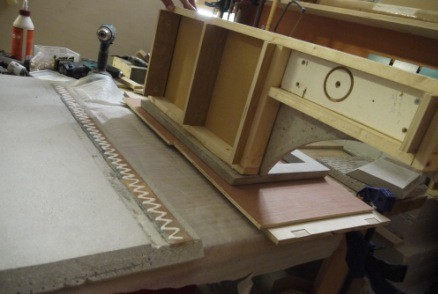 Assembling the walls and structure

The piece assembled in studio