The Vanguard Prize is an annual award that offers the successful recipient a year’s free studio residency at Vanguard Court along with ongoing mentoring and support from Camberwell College of Arts. 2016’s winner, Billy Crosby, talks to us about his studio experience.

Entering Billy’s studio at Vanguard Court, we couldn’t hide our surprise at how immaculately tidy it was. “We’ve just had an Open Studio event – believe me this is not how it normally looks!” Billy assured us.

What are you working on right now?

I’ve been in the studio for three months and right now I’m making new works that are still predominantly painting-based.  I’m still using a similar conceptual framework to the more image/object based work I had in the degree show, to do with artifice, analogue language and spectacle but I find painting a useful vessel to explore these ideas.

A big painting, in dark blue, hanging on one of the walls catches our eye. The painting is displaying the full moon and the silhouette of trees, which appear as if moved by a storm.

“This is what I’ve been working on lately, I’m making a cast of an oak trunk out of rubber which will eventually go onto this painting. I’m going to build up many different layers and some of the last layers will be moulded from this trunk, a sort of 3D cast of trees that will be mixed with real branches and leaves that have been preserved. I’ve been preserving leaves using different methods; it’s going to be super busy.” 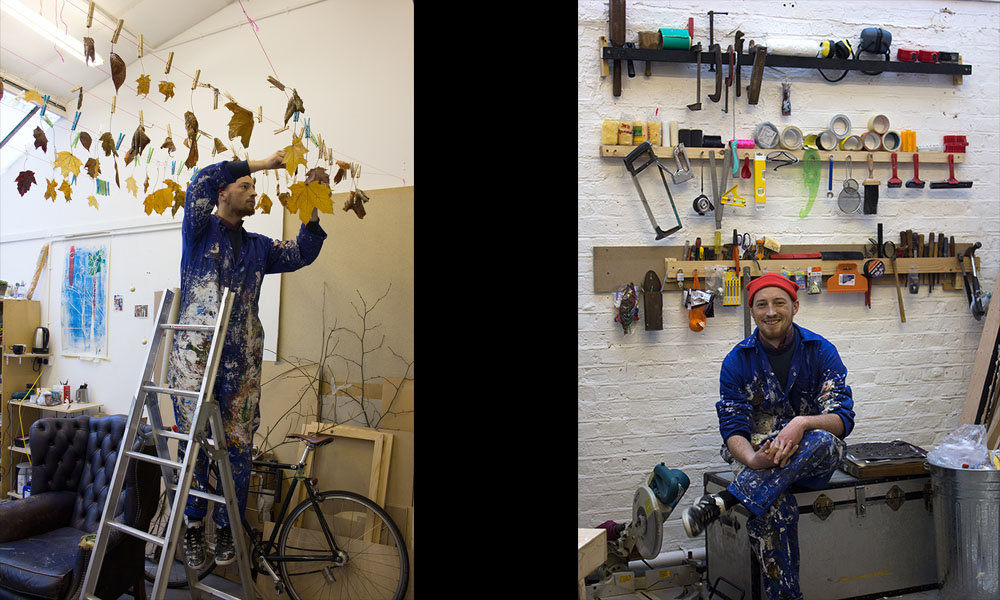 Billy at the Vanguard Studio, photo by Loula Mercedes

What is your inspiration for this piece?

Sometimes you get brilliant flashes of inspiration, that for the most part should be scrapped or change into something else. when I left college I was on such a high, having done loads of work suddenly you’re not making any work, but your brain is still going constantly. I had four months to think about work and what I was going to make, and you get new ideas and distil old ones.

It’s hard to talk about this work as it’s not even half way finished yet, and a lot of the work happens as you play with materials and you respond to what’s happening in the painting. There will be a fake wooden window frame around the painting as if you are looking through a window into a storm. You can never convey the power of a storm or what it feels like to look at the moon, in a painting, but you can create a simulation collaged from multiple different forms of representation in order to make these experiences morph and entwine. I am interested in manipulated spaces and feelings in relation to the contemporary moment where perception is heavily managed. I get to try and do some perception management of my own. 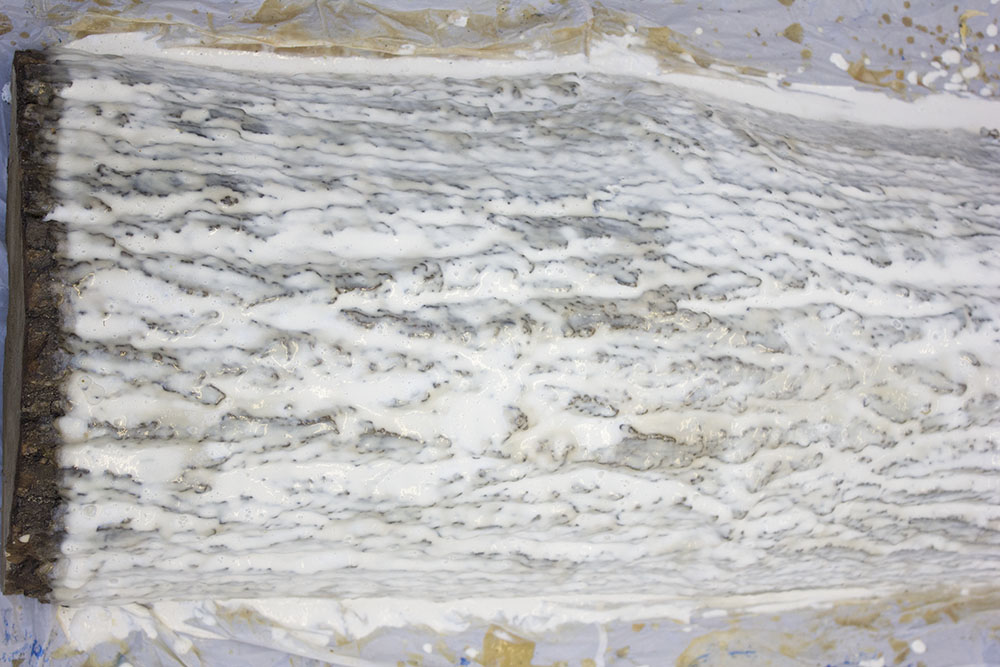 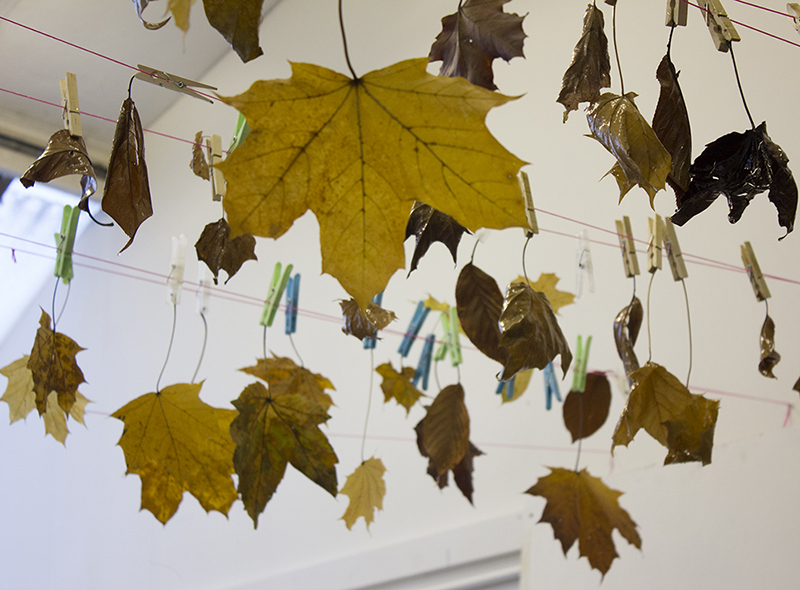 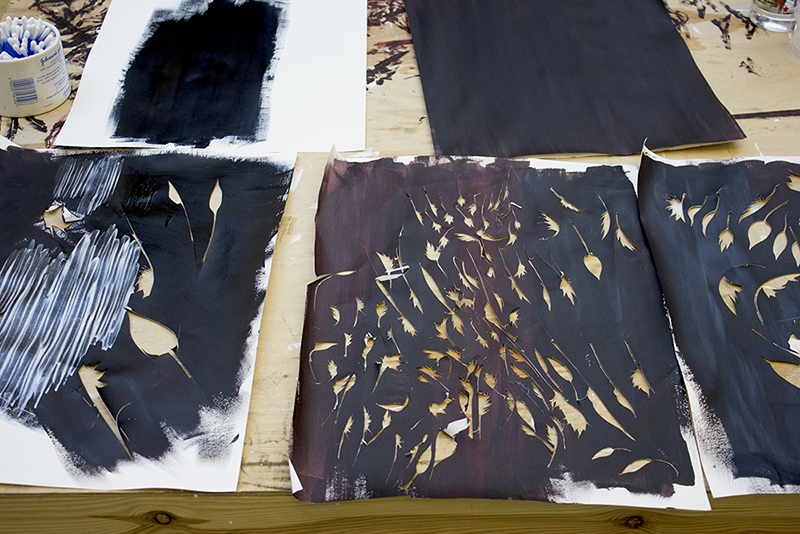 How has it been to have your own studio?

It’s just amazing to have the time and space to work, it’s just a huge luxury. You don’t have that in London, especially straight out of university. My next door neighbour is an architect who just had a house in Grand Design. I’ve met quite a few people and the Open Studio was great because it gave me a sense of where I am and where I’m going. People are really nice and have been generous, offering advice and materials. I guess that’s another thing that people miss after college, to be in that fertile environment with artists and makers.

Have you done any exhibitions since you graduated?

I’m in the Solopreneur exhibition at the moment at Kingsgate Project Space in North London. Someone saw my work at the degree showand asked me to do a site -specific work. I painted the exhibition floor to look like wooden floorboards. This time I used bright reds, which look less wooden, more bloody and quite psychedelic. Billy’s work at the solopreneur exhibition will be displayed at Kingsgate Workshops until the 17.12.16