Paula, a graduating student of MA Illustration at Camberwell College of Arts, is from Mexico. We spoke with her about how she came to illustration, her work and her time at Camberwell.

Please tell us about your background and how you came to study at Camberwell?

I did a BA degree in molecular biology as I have always been interested in science, however I discovered being a scientist wasn’t for me. After university I moved to London and started freelancing as an illustrator, I like to draw so I thought I would give it a go. After a couple of years freelancing I decided I wanted to further my skills so I applied for the MA at Camberwell, I liked the sound of the course and the college was close to home.

Can you please describe your art/design practice:

I like to do a bit of everything, illustration and drawing are my strongholds but I like to mix my work with other techniques such as ceramics and sculpture. Since I like to tell a story with my art I mostly work on narrative pieces. 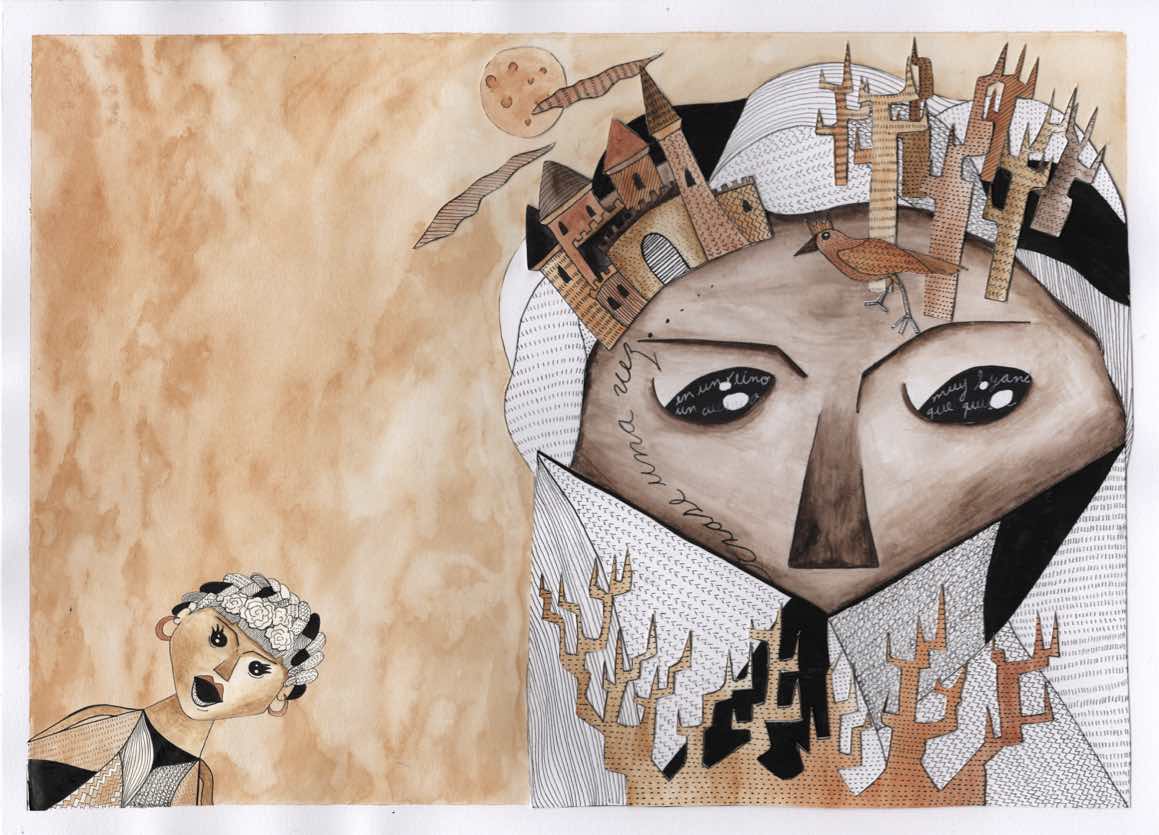 What did you create for your MA show?

For my MA show I made a series of illustrations that deal with the concept of identity. I wanted to talk about identity in a playful way so I set my story in a theatre since it is a place that allows for this movement and play with different identities, trying to portray the idea that there is no one right way of being but many. I took my inspiration from Queer theory and the notion that identity should be static but fluid. In addition to the illustrations, I made an installation to represent this concept in 3D. The installation is made up of 10 ceramic masks and a bronze mask at the back to symbolise the many selves we can embody. 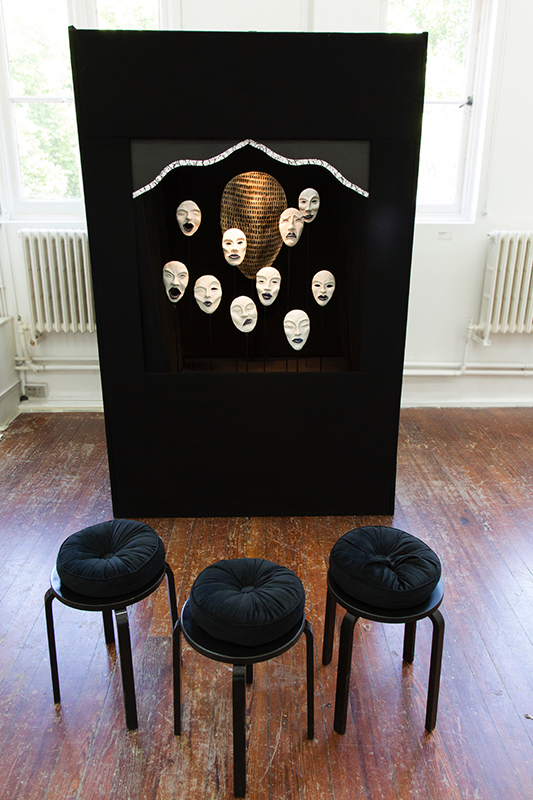 How has studying at Camberwell informed or influenced your art/design practice?

The MA has given me valuable skills not only in terms of my technical skills but also it has taught me how to think about my work on a more intellectual level. My experience at Camberwell has shown me that one of the more valuable assets are the technical resources. The technicians at the college have truly helped me achieve my creative aims and taught me skills that will help me in my future practice.

I currently work for a charity called Arts Network that uses art to enhance the lives of people with mental health needs. I plan to continue working with them as well as trying to take on freelance projects. I also want to keep working on my own projects aiming to further explore the concept of identity. 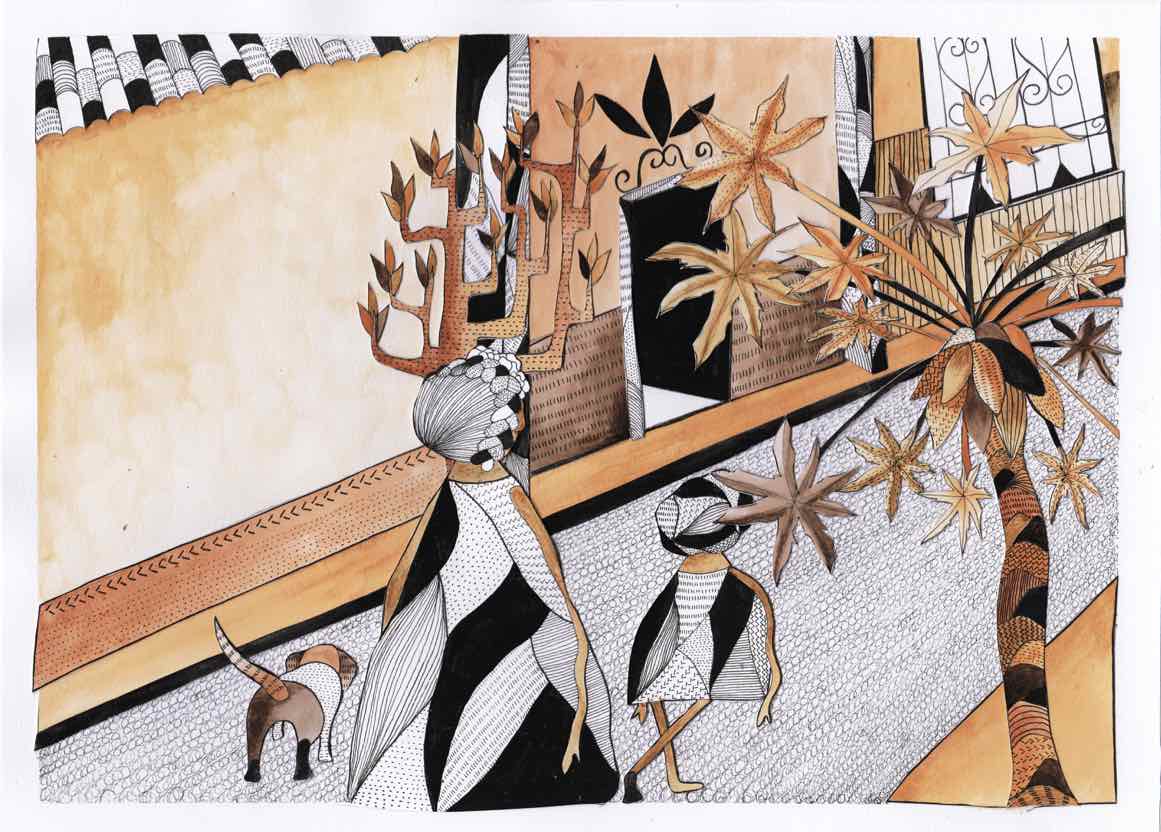 Have you had any highlights while studying at Camberwell?

I was short-listed for The Prize for Illustration 2017 – Sounds of the City, run by the Association of Illustrators (AOI), and my work was exhibited in the finalists’ exhibition at the London Transport Museum.

I also had the opportunity to work with a Mexican writer, illustrating a children’s book. The book is about a Mexican educator called Gregorio Torres Quintero who came up with a method to teach children to read and write. The author Maria de Los Angeles Rodriguez Alvarez is a Mexican Historian, she wrote a biography of this character and then decided to make a version for children.  It was a really fun project since the author gave me a lot of artistic freedom and I was able to really play with the characters and the general feel of the book. The book was published last year in Mexico and it had been given out to schools in some Mexican states. 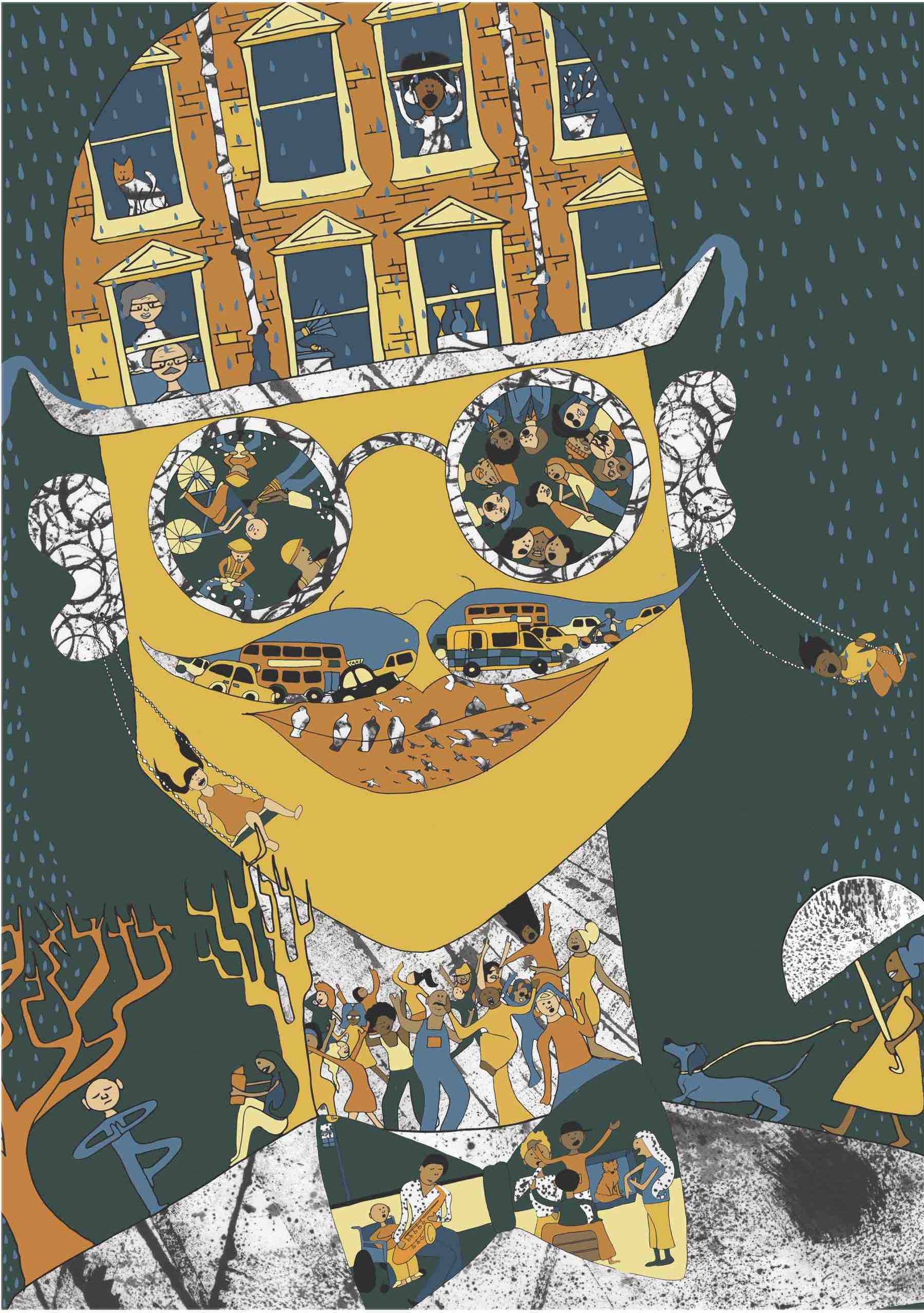 ‘Portrait of London’, The Prize for Illustration 2017 piece by Paula Rivas

Where is your favourite place in Camberwell/Peckham?

I really like going to the Vietnamese restaurant in Camberwell called Van Hing, it fed me many a time after a hard day of work.

I really like the work of Kazimir Malevich, Odilon Redon John Albert Bauer, Kay Nielsen and William H. Johnson. I also really like the theatre in general, which is a world that has heavily influenced my work.

And finally, do you have any advice to students looking to start MA Illustration at Camberwell?

My most useful advice would probably be use the resources you have, ask the technicians (if you get there early in the morning you are guaranteed their attention) and make the most out of the wonderful facilities at the college. The Prize of Illustration 2017 – Sounds of the City