Charlotte finds theatre the most powerful form of art, so it’s no wonder why she chose the Theatre and Screen design pathway for her Foundation Diploma. We asked her about her final work and her recommendations of plays for this summer.

Foundation student Charlotte Maggs was profoundly inspired by her drama teacher back in Sixth Form Termed School, in Guildford. There, she was introduced to the world of theatre through the works of  Punchdrunk, an immersive theatre company.

“I saw their play The Drowned Man: A Hollywood Fable a total of seven times. It was an absolutely incredible play, with unbelievable detail and an unreal experience.” 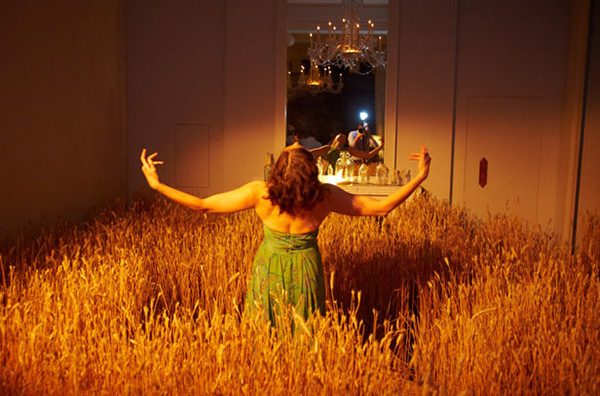 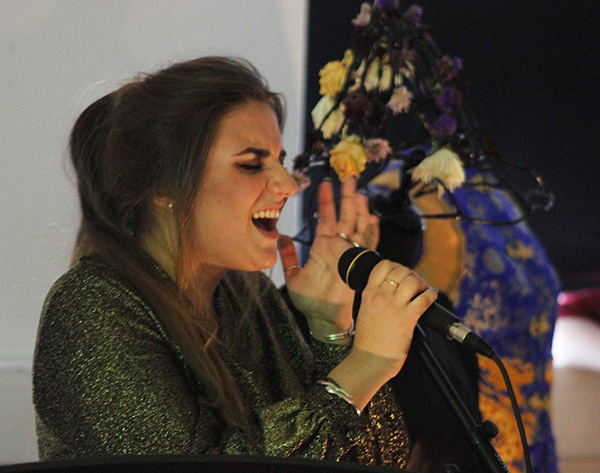 How would you describe your final work?

I created a set for the Caterpillar Scene from Lewis Carroll’s Alice in Wonderland, Scene 5 ‘Advice from the Caterpillar’. I had the opportunity to meet and interview the composer Will Todd following a lecture on his Opera Alice’s Adventures in Wonderland 2015 production by the Royal Opera. He gave me some great advice, to “be irrational and make as crazy piece as you want it to be”. This led me to my final outcome of a pole dancing Caterpillar.

My version of the Caterpillar’s story is: the caterpillar in her forest tent, falling out into the darkness of the undergrowth, perhaps as a result of smoking too much of her hookah. Now fending for herself she resorts to pole dancing to earn some money. I researched pole dancing/stripping and burlesque discovering the materials; featured regularly in this entertainment are pearls, silk, glitter and chequered floors. The word burlesque means a comical, nonsensical exaggeration which seemed suitable for the Alice story. 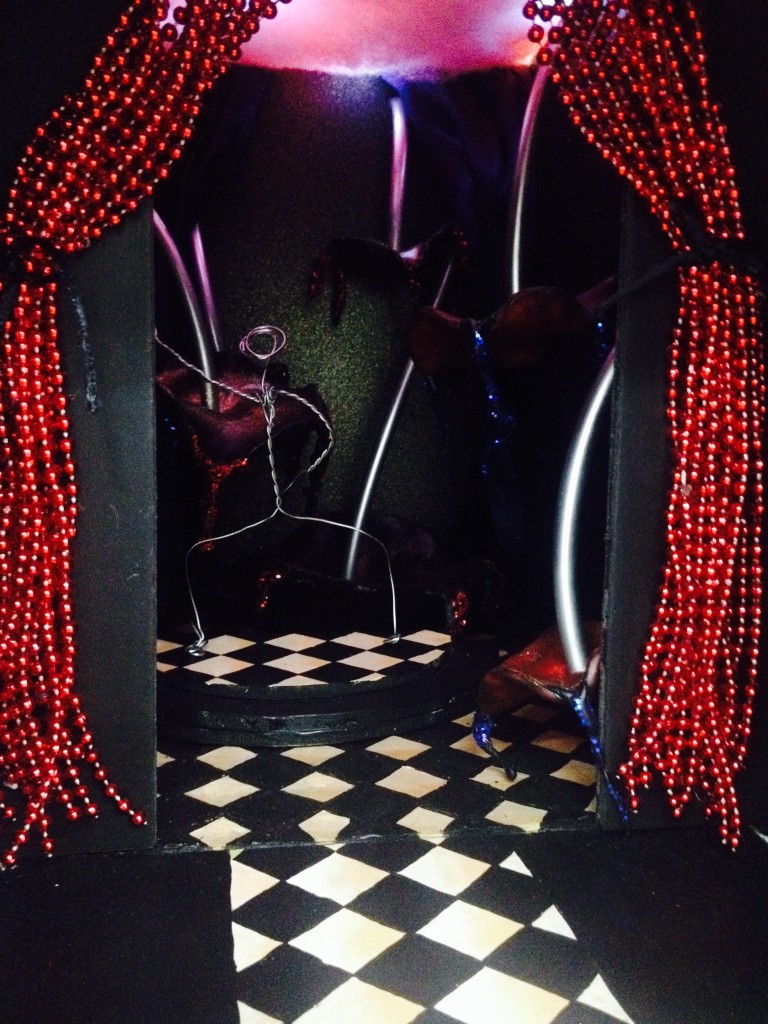 I wanted to create mushroom podiums that would bend like real mushrooms, so I used plastic bendy see-through hollow tubing which I sprayed many times with silver metallic paint. For the roof of the model box, that is supposed to be made by the Forest Tent caterpillars, I used pillow filling to portray a silk thread nest.  I made the mushrooms look natural and asymmetrical by using Sculpey. These took several attempts as I initially overcooked them. I painted them red and black, dripped glue on their edges and added a coat of glamorous glitter. I initially thought of using wax, but realised it would have been weak and easily broken. I also sprayed on the walls with gold glitter, and added a coat of red and blue glitter  to the melting mushrooms. I wanted to emphasise the burlesque quality of the scene, so I also hung blue curtains.

Which play will you be seeing this summer?

I am very much looking forward to seeing A Winters Tale, a Christopher Wheeldon’s three-act ballet adaptation of Shakespeare’s story. I am also seeing Frankenstein, Liam Scarlett’s full length ballet, inspired by Mary Shelley’s gothic masterpiece. I am really looking forward to the experimentation of the sets.

In the Summer I am doing many concerts/gigs, which I am looking forward to. I am singing at a ball and many other events including the Son Lumiere event at The Great Tangley Mannor, come along if you can! 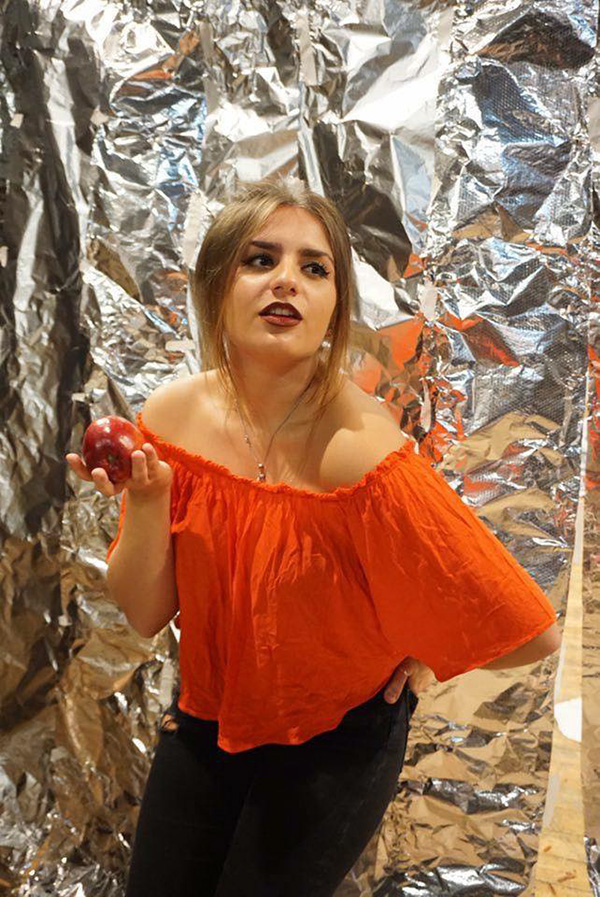 “These two photos show one of my early group projects I did. We were able to use the theatre space in Wimbledon College of Arts to create a piece of site specific immersive theatre. As a group we create a short immersive performance using the story of Snow White. There were two Snow White’s, from two parallel stories; one was un-dead, and the other alive!”