BA Photography Course Leader Duncan Wooldridge carried out a residency with Wonder Site in Tokyo, Japan this summer, 27 June – 29 July, 2016. We spoke to him about his residency and his trip abroad.

Why did you choose Tokyo, Japan?

Japan has an amazing culture – it’s a mix of modernities and traditions. I’d been drawn to Tokyo and a number of ideas of Japanese culture for some time, especially its interest in matter, sense and technology. Just prior to the opportunity to take up the residency at Wonder Site I was developing an interest in the practices of a group of artists called Mono-Ha, (which translates to School of Things, it is named after a group of Japanese artists active from 1968 to 1975,  the artists tended to present natural and industrial materials such as stone, soil, wood, paper, cotton, steel plates, and paraffin, or things). Mono-Ha was short-lived but important; the movement took place at at time of major upheaval in Japanese culture, as it opened itself out to the world after the 1964 Tokyo Olympics, with the 1970 Osaka Expo, and as technologies of the media and the west became more prominent.  Mono-Ha (and Hi-Red Centre before them) were skeptical about whether the positivism of technology and the consumerism of society was warranted, therefore sought alternatives. It seemed fitting to study this, as I think in our post-internet culture the physicality, matter and ideologies of what is supposed to be an immaterial culture is up for discussion. 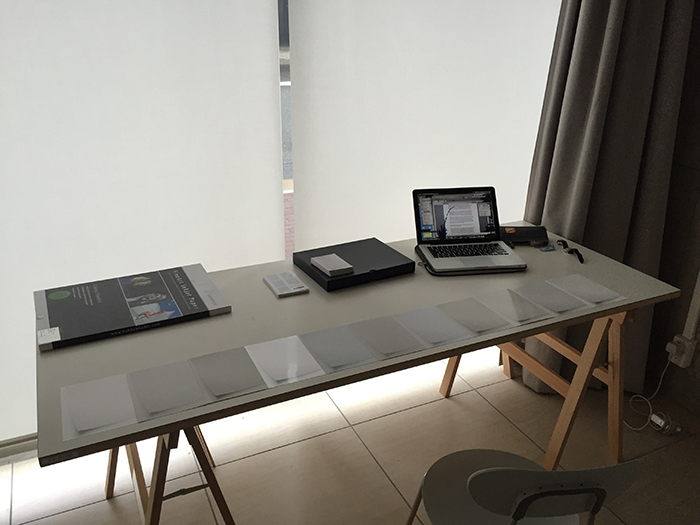 Could you please explain the aims of your residency? Did you have an outline for your trip to Tokyo?

My intentions covered a few different areas, I wanted to research the avant-garde practices of Japanese art in the 1960’s and 1970’s (to get to know Mono-Ha better), I also wanted to see and meet artists working with experimental forms of photography today. There are groups of young artists working in interesting ways with photography; fully exploiting the creative potentials of digital images and image files. I also went out there not just as a writer or curator, but as an artist: I had some work I wanted to make on the subject of paper.

It’s  important at the beginning of a residency to open up to the possibilities of the place and what was available through both planned and chance encounters.  I would work in the studio in the morning, reading, testing ideas, and planning some writing I wanted to do. After lunch I would spend the rest of the day in the city getting to know it.  I knew, for example, that I wanted to try some of the Fab Labs in the city (Fab Labs are fabricator laboratories; small pop-up like shops with digital workshops, where you can laser cut, 3D print and try a variety of ways of making things). One afternoon I decided to walk around Harajuku, and I knew from my research that Happy Printers was based there; so I made a plan to drop in and try something out. During my residency I made work with Fab Labs and with some of the cities photo printers, and I would tie in my work with getting to know the city and being a tourist. 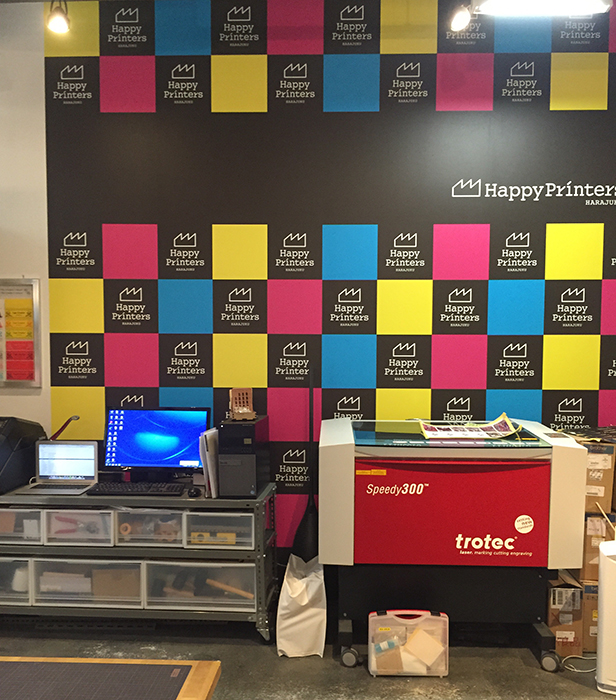 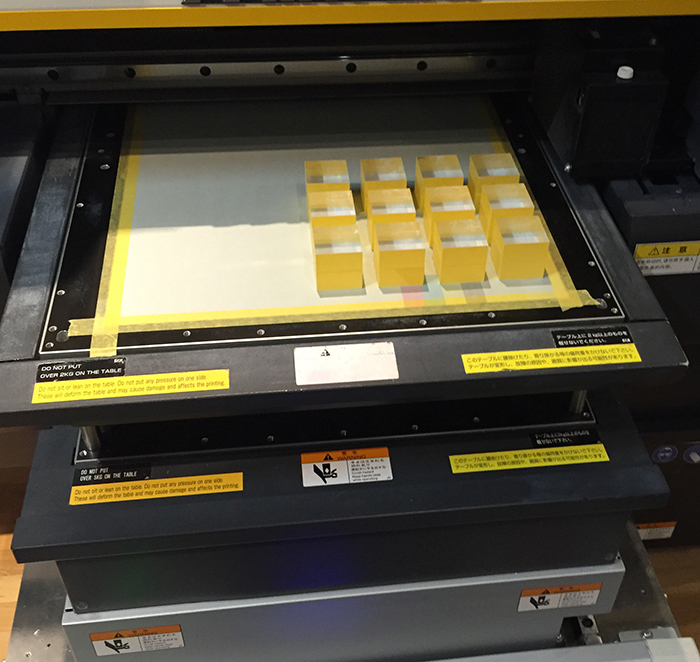 What were your highlights from your trip?

There were so many highlights I can’t really edit it down. A brief list of great things might be: Fab Labs; experimental architectures and micro-houses; Tokyu Hands artists supplies; traditional ukiyo-e woodblock printing in Ginza; Nadiff a/p/a/r/t bookshop in Ebisu; all of the people at the residency (who were so helpful); the Gion Matsuri festival and Yoiyoima in Kyoto; Zen Gardens that look like artworks; Naoshima art island and Teshima Art Museum; oh, and air conditioning on public transport that actually works… 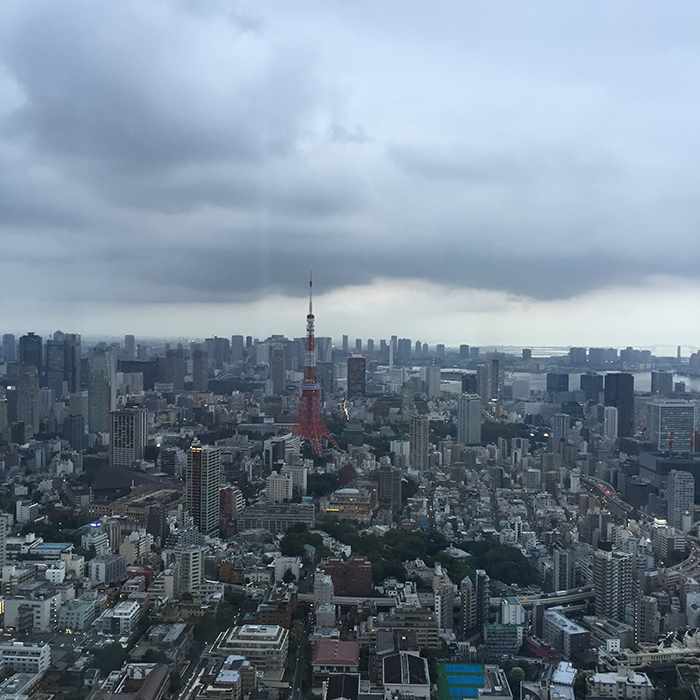 What cultural differences stood out most to you while abroad?

Tokyo is an amazing city, and Japanese culture is something to be really appreciated.  It’s part-technological and part-traditional, but most of all it’s human. The culture shock is not going out there but coming back, you realise we often don’t put people first. I think there’s a lot to be gained from thinking about how we experience time, conversation, and ideas, away from the pressure to be always on the move, to know and see everything at all times. The world is under our nose. 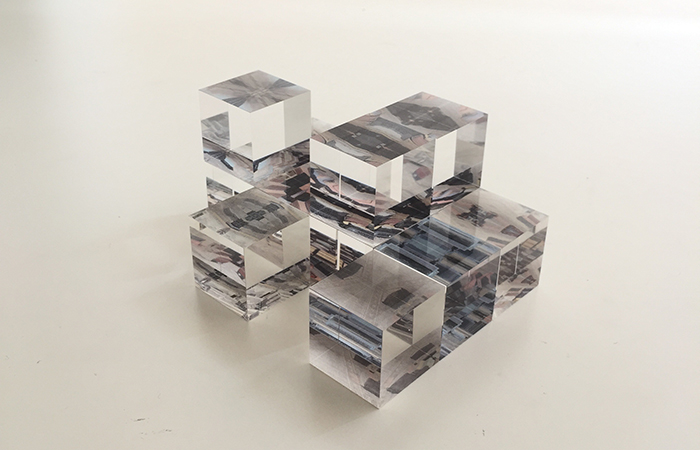 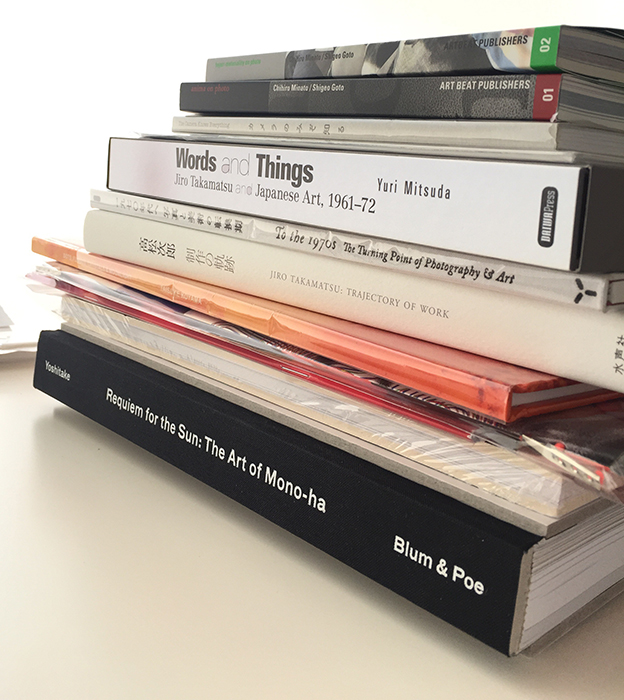 Were there any or many learning differences between photography in Japan vs UK?

As I wasn’t out teaching in Japan this is a little hard to say… I think what was striking is that there are similar tensions between art and photography in Japan as there are in the UK, Europe and the USA. There’s a conventional form of utilitarian photography that is commonplace, and a form of straight photography that exists within its own spaces. It sometimes considers itself to be art, or is made to be shown in exhibitions. But there’s also a more radical type of experimental work, thinking about photography in new ways. Just as conceptualism changed photography in the west, so experimental practices – Jiro Takamatsu, Koji Enokura, Keiji Uematsu and others, also pushed the limits of what it was possible to with a camera and a printed image. There’s a lot of rich overlaps there, and I’ve been working with one of the gallerists that works with many of those artists, in the hope that we can organise some projects in London in the future. 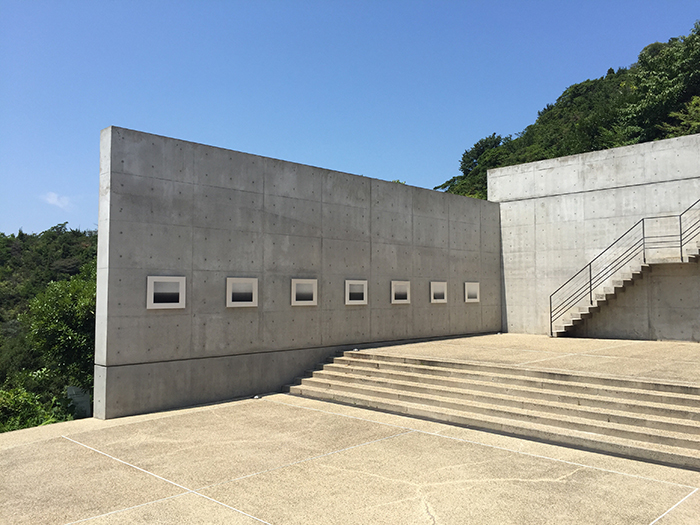 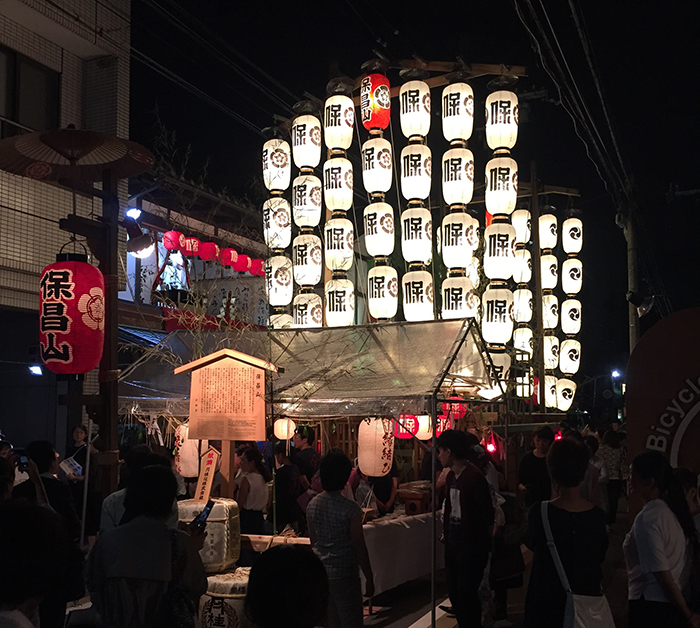 Did you develop any future plans from this trip?

I’m sure that the trip will have a long-term impact on my work and thinking. There are immediate plans that resulted from conversations I had both in and around the residency: I’m writing about an artist, Taisuke Koyama, who has a solo exhibition at G/P gallery in Toyko in January. Taisuke and the gallery asked me to write the text for the show, which was very nice to be asked to do. I’d like to think we’ll collaborate further. I was impressed by the way that some galleries really support their artists by encouraging critical debates, publishing articles and books on debates, important areas of new and historic practice, and working with historians and curators proactively and openly. I have invitations to go back and talk, and hopefully it’ll be possible to do that.

All images courtesy of Duncan Wooldridge