Verity Slade graduated from MA Illustration at Camberwell in 2015. Recently she produced the illustration artwork for the Barbican’s Cheap Thrills film season, which ran at the end of October this year. Here, Verity talks about life after graduation and working on this commision.

After finishing a BA in Fine Art Verity went on to work in Brighton for an independent t-shirt label called The Illustrated Mind, which is when decided to join the MA Illustration course at Camberwell.

“Working for the t-shirt label is what really got me into illustration and all the various forms it can take, as well as the commissioning process and the more practical side to it. I’d had a few good commissions before I started the MA, but after graduating things took off a lot more. Lenny, Lena Dunham’s newsletter, commissioned me quite soon after I finished the course and this has lead to a lot of different projects, as well as regular work with them, which has been awesome. It was through Lenny that the Barbican found me and contacted me for the Cheap Thrills project I recently worked on.” Please tell us more about your work for Barbican:

My brief from Barbican was to create some artwork for their Cheap Thrills film season. The season looked at exploring the dynamic between good taste and bad taste in films and had an amazing line-up with loads of feature cult films like Female Trouble, Dolemite, The Night Porter, Even Dwarves Started Small and Terminal Island. There were a lot of different assets to produce, so the work I made included an animated trailer, billboard, posters for the Underground and Barbican interior, and then GIFs and web assets too.

I pitched three concepts to the team at Barbican initially, and then one went on to become the final creative concept, the mirroring collage idea. I loved this stage of the project because I had loads of ideas, I loved the eras and styles shown in a lot of the films so it was great to play around with how the characters could be represented. The first element of the project to work on was the storyboard for the animated trailer, so a lot of the characters were drawn and formatted quite early on for this. As a process in general I sketch everything initially a few times in pencil, use brush and ink for the line work, and then scan, fill and arrange it all together on the computer. I hadn’t worked on storyboards before but Alex Dobbin, the animator, made it all look amazing. 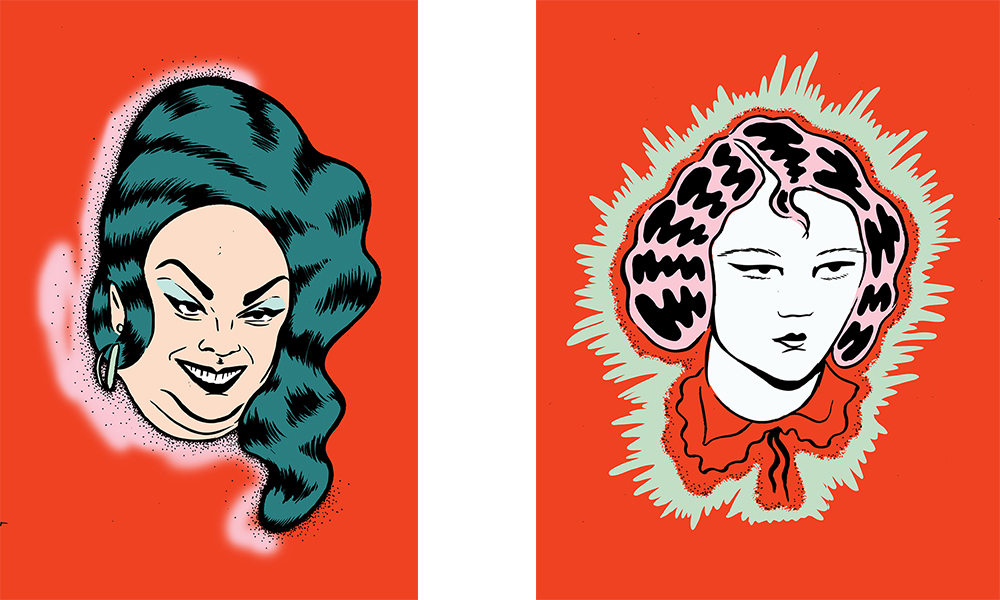 In terms of inspiration, I started looking at a lot of ’70s posters when I was getting the creative presentations together for the project. I love the ensemble designs that a lot of the Blaxploitation films used, and the kind of watercolour painterly style of illustration that was around then. I wanted to use this as an initial framework for how the design would be set out, and then use the kind of thick outline style I normally use to make it more stylised. The raised eyebrow of Divine’s character from Female Trouble became quite a central theme or graphic that was used. As well as featuring in the season, it illustrated the idea that the season was in a way raising an eyebrow to the sometimes extreme themes shown, and within the quite high-brow arena of Barbican itself. 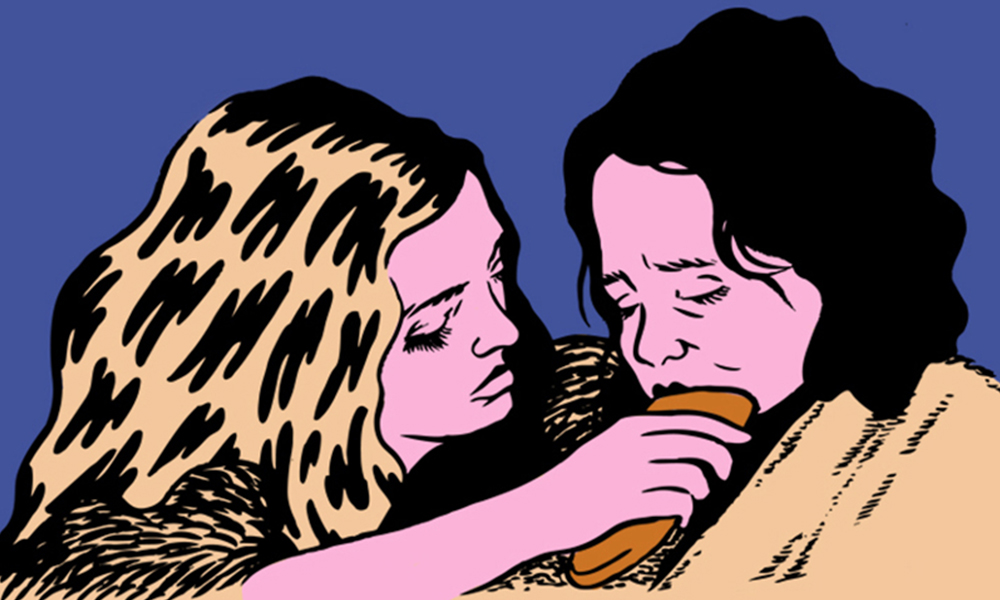 Mixing elements of photography and illustration seemed a good way of giving the design some different layers and depth, and the colour palette was intended to be trashy, but not too over the top. The kind of kaleidoscope effect of the reflection also links to that 60’s / 70’s aesthetic and was meant to be a bit subtly suggestive, especially in the animated trailer for the season where the images open out from the centre. How has your work developed since you graduated?

I think my style has stayed quite consistent, but I definitely refined it so much more at Camberwell and thought about what I was really interested in terms of the subjects and the work I wanted to produce. I was awarded the Lifeboat Award earlier this year through UAL Postgraduate Community, and has enabled me to have a free studio to use for a year, and work alongside artists from other disciplines to create group shows and host peer mentoring and common room events. The whole experience has been hugely valuable and I’ve used the studio space to produce much larger pieces, so creating paintings in an illustrative style, which I’ve wanted to work on for a long time now. The next project in the studio will be painting a huge mural across the walls in collaboration with other illustrators and artists.

Finally, when we asked Verity for a portrait, she kindly offered to make an illustration self-portrait for this post, resulting is the image below: All images courtesy of Verity Slade.