This week on Thursday 7 September, 7-9pm, Camberwell’s BA Fine Art programme is pleased to present an opportunity to hear from artist Joan Snyder in a rare visit to the UK. Speaking at Chelsea College of Arts, the influential painter and feminist Snyder will give a presentation about her work followed by an ‘in conversation’ with Daniel Sturgis, Reader in Painting and Programme Director of BA Fine Art at Camberwell College of Arts.

Currently living in Brooklyn and Woodstock, NY, this will mark her first visit to London in almost 50 years.  Both Snyder and Sturgis are currently showing as part of the exhibition Playground Structure at London’s Blain/Southern gallery, which runs until 16 September 2017. 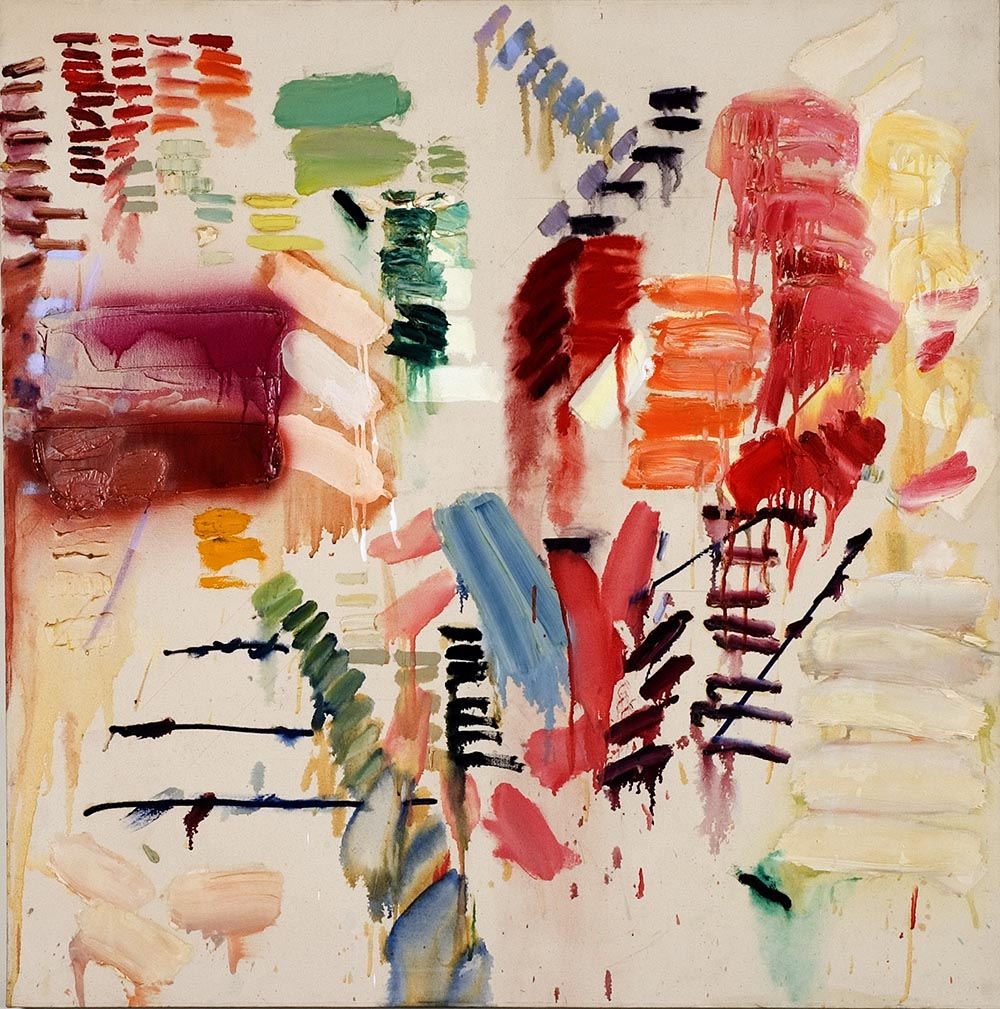 Snyder first gained public attention in the 1970s with her elegant, abstract stroke paintings. By the late seventies, Snyder had abandoned the formality of the grid. She began more explicitly incorporating symbols and text, as the paintings took on a more complex materiality. As it states in her biography, although often placed under various umbrellas of art movements – abstract expressionism, lyrical abstractionism, feminism – her work has never been easily categorised. The changing nature of her work, with its combination of personal iconography, female imagery, aggressive brushstroke, and accomplished formalism, has kept her steadily untagged.

Speaking over email about the role of women in the arts, she said: “Women in our present day art world are still second class citizens. I hate saying that but it’s the truth. And this is true in spite of the fact that there are many more female art dealers and many more female critics. It’s a head scratcher but the boys still rule in terms of shows, visibility, museum shows and sales. Women have made great strides in the art world but the glass ceiling is very present.”

In terms of her own career, Snyder’s work was included in Whitney Biennials of 1973 and 1981, and the Corcoran Biennial in 1975 and is in many public collections including The Metropolitan Museum of Art, the Museum of Modern Art, The Whitney Museum of American Art, The Jewish Museum, The Guggenheim, The High Museum of Art, and The Phillips Collection. She was a recipient of a National Endowment for the Arts Fellowship in 1974, a John Simon Guggenheim Memorial Fellowship in 1983.  In 2007,  Snyder received the prestigious MacArthur Fellowship.

Taking place as it does just before the new undergraduate term starts, we asked her if she had any advice for young painters. She responded: “Needless to say everyone has to go on their own journey. There aren’t any great answers. School, no school. In my experience nothing was more important than years and years of hard work. It was hard but I loved it and that’s very important. Loving your work, being almost obsessed with it, needing to do it every day. My style was to stay in the studio and work rather than go to openings and hang out. I totally missed Max’s Kansas City! I also had a child and then not long after became a single mother…not easy…but I managed to put my daughter and my work first and all the rest after.” “As a young painter I always had 3 part time jobs at once rather than one full time job so that I could paint every morning and then go to work the rest of the day and evening. I had a baby when I was 38 by which time I was selling some work and could have a babysitter in the mornings when I needed to be in the studio. I used to tell students to work for 10 years before even trying to find a gallery…now I say work for 5 years…things are moving much faster than when I was a young artist. I could go on but will stop here…”

To hear more about Joan Snyder’s fascinating career as an artist to date and her current work, book your free place at the talk on Thursday 7 September, 7-9pm.

Find out about studying Fine Art at Camberwell on our course pages.