Congratulations to all of Camberwell’s Postgraduate students for their graduate exhibition 2016. A special Prize Giving Event was held prior to the Postgraduate Summer Show Private view on Thursday 14 July to celebrate the achievements of our prize winning students. Here we share with you our very talented student prize winners.

Picture Books Art Director at Macmillan Children’s Books, Chris Inn, said about Grace’s work: “You can’t fail to be moved by Grace’s work as it’s so uniquely atmospheric. She’s not only technically skilled but her illustrations are saturated with meaning and layers of story”. 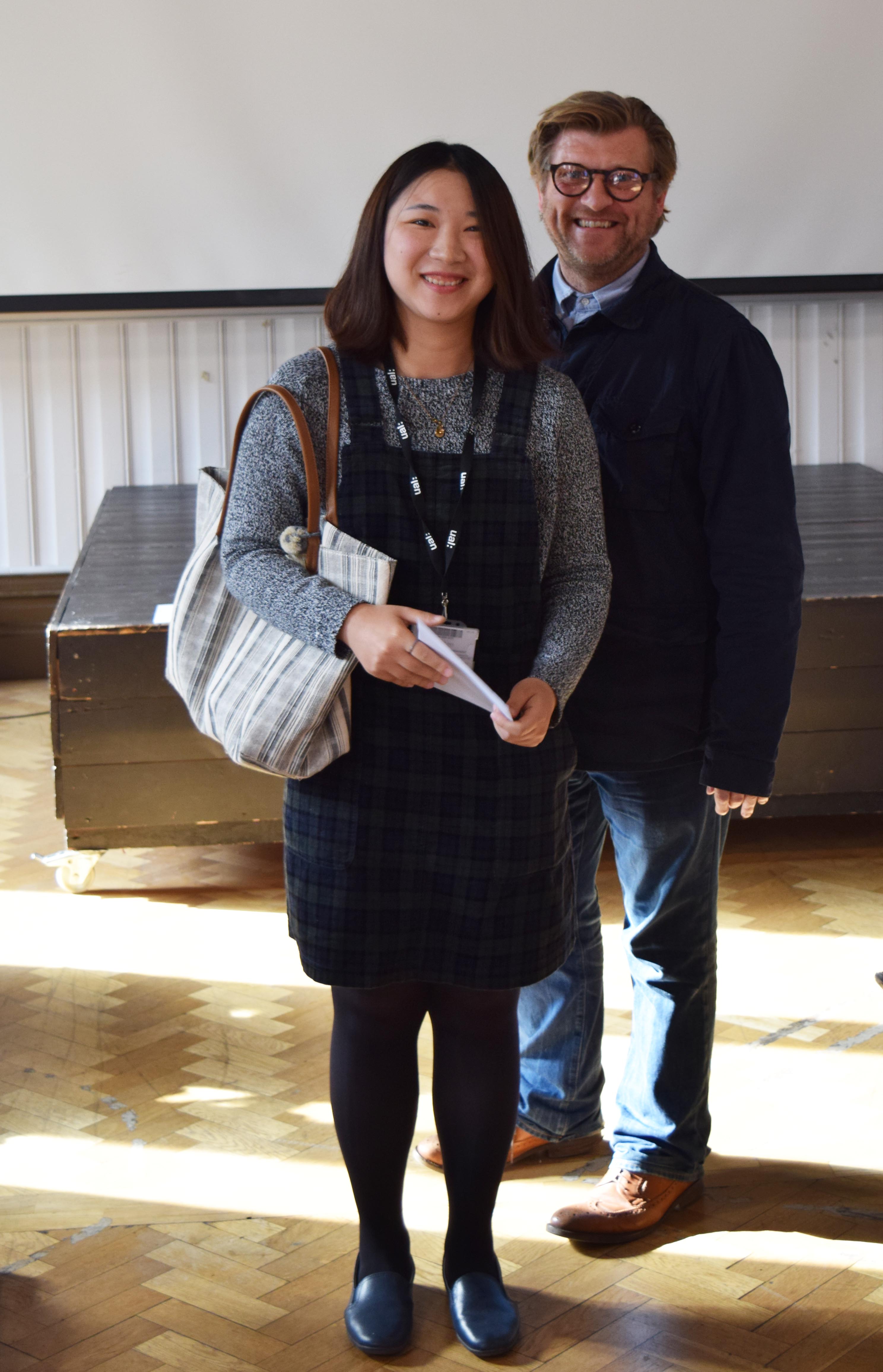 Richard won a competition to design a poster celebrating the 40th anniversary of Punk London, partnered by Association of Illustrators (AOI) and the creative team at London Mayor’s office. Richard’s work was featured in Time Out magazine in June 2016. 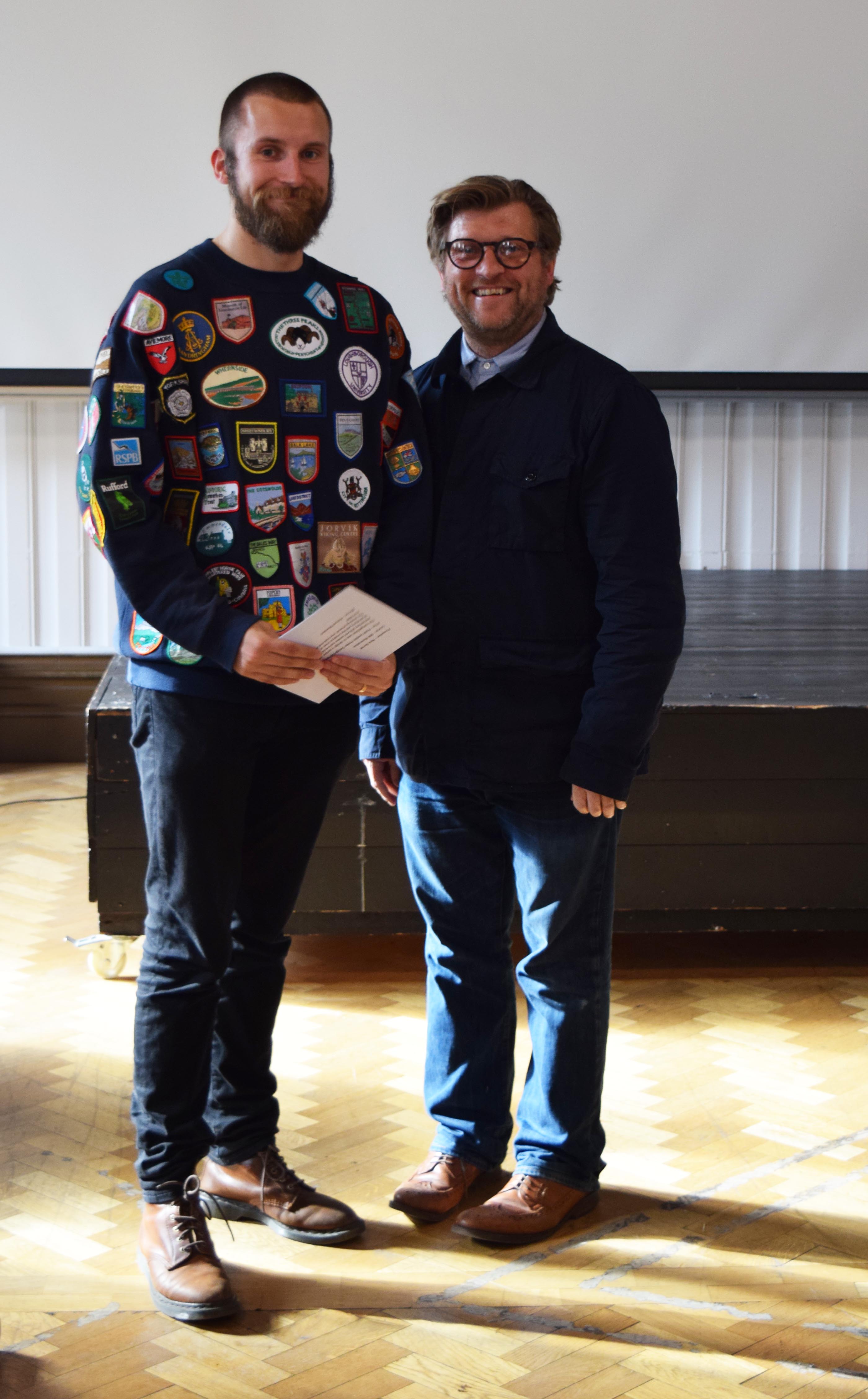 Donald and Anthi have been awarded this prize in recognition to their high standard of personal work and a significant contribution to wider the University community life. Both students created and run the Raum Gallery at Camberwell’s Peckham road site. 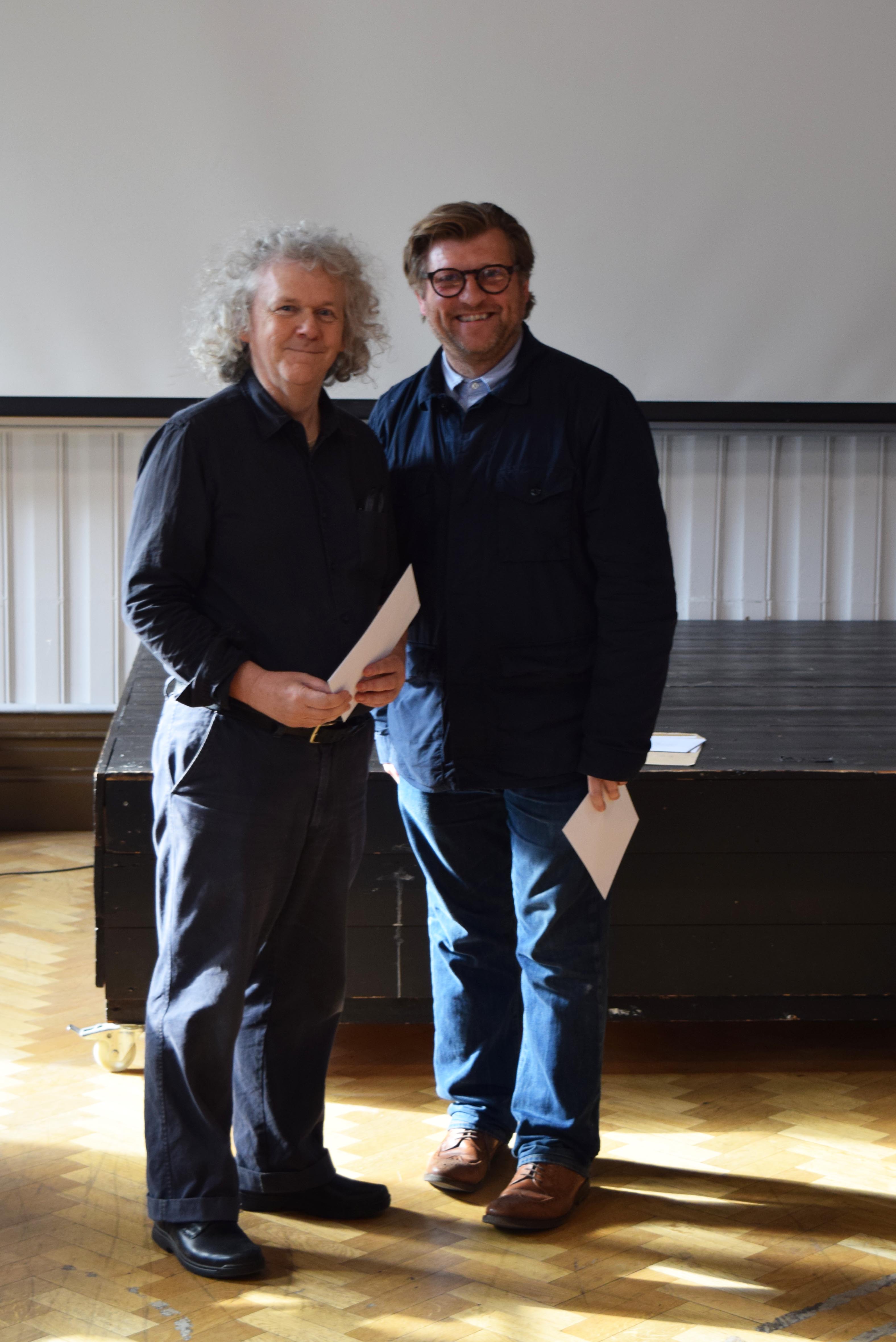 Rhiannon and Clara have won a fully funded residency in northen Norway, working with a team of international artist. Rhiannon is an online study mode student and could not be there for the Summer Show, however she performed regularly through an online live feed. Charles will receive a year’s support and mentoring from the South Kiosk Gallery. The OBS is the printmaking studio of the eminent Portuguese printmaker Bartolomeu dos Santos. When he retired from being Head of Printmaking at the Slade School of Art he inaugurated a print prize in his name for a graduating MA Visual Arts: Printmaking student from Camberwell College of Arts. The fully equipped studio offers facilities primarily for intaglio, for which Bartolomeu was so famous. 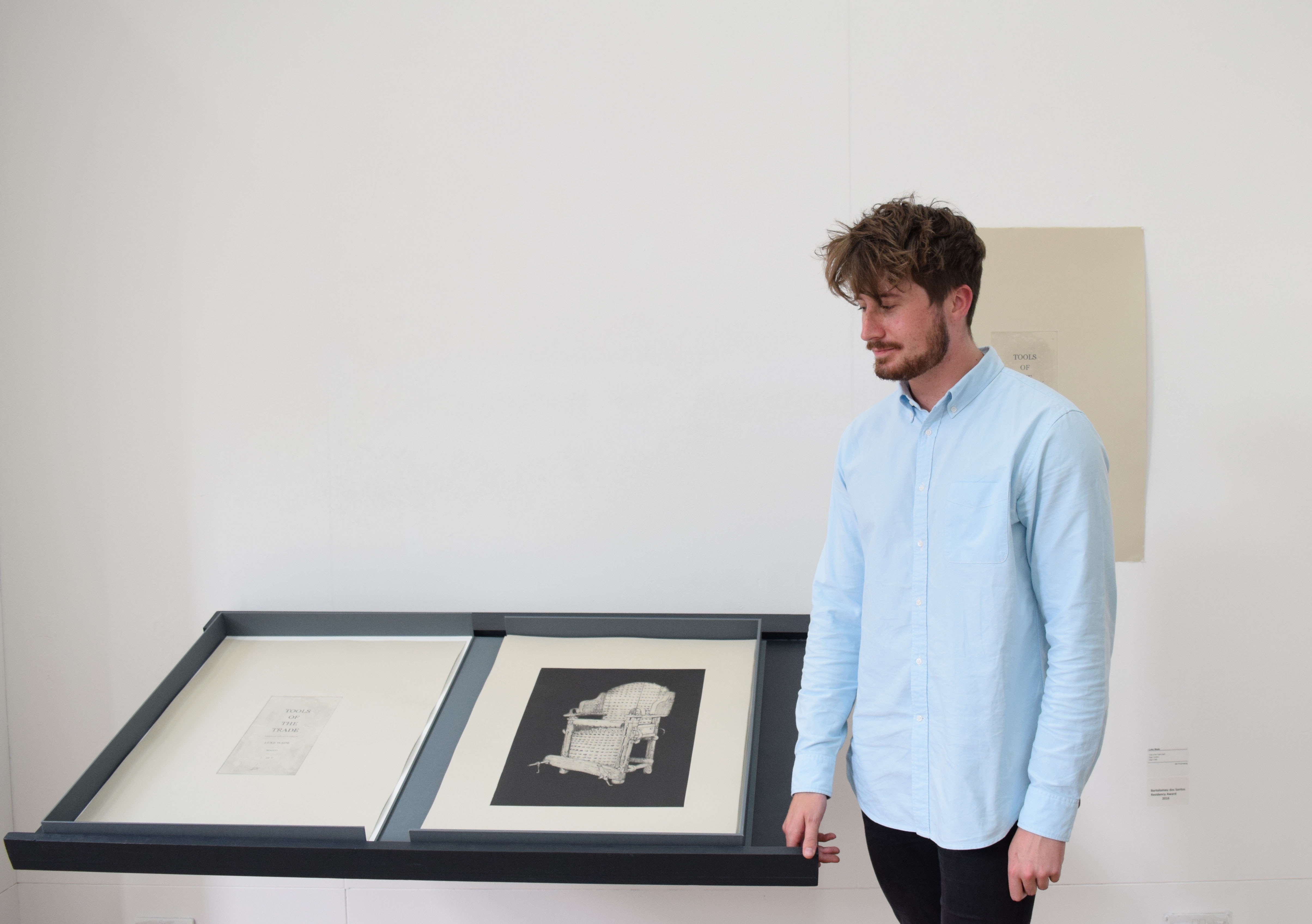 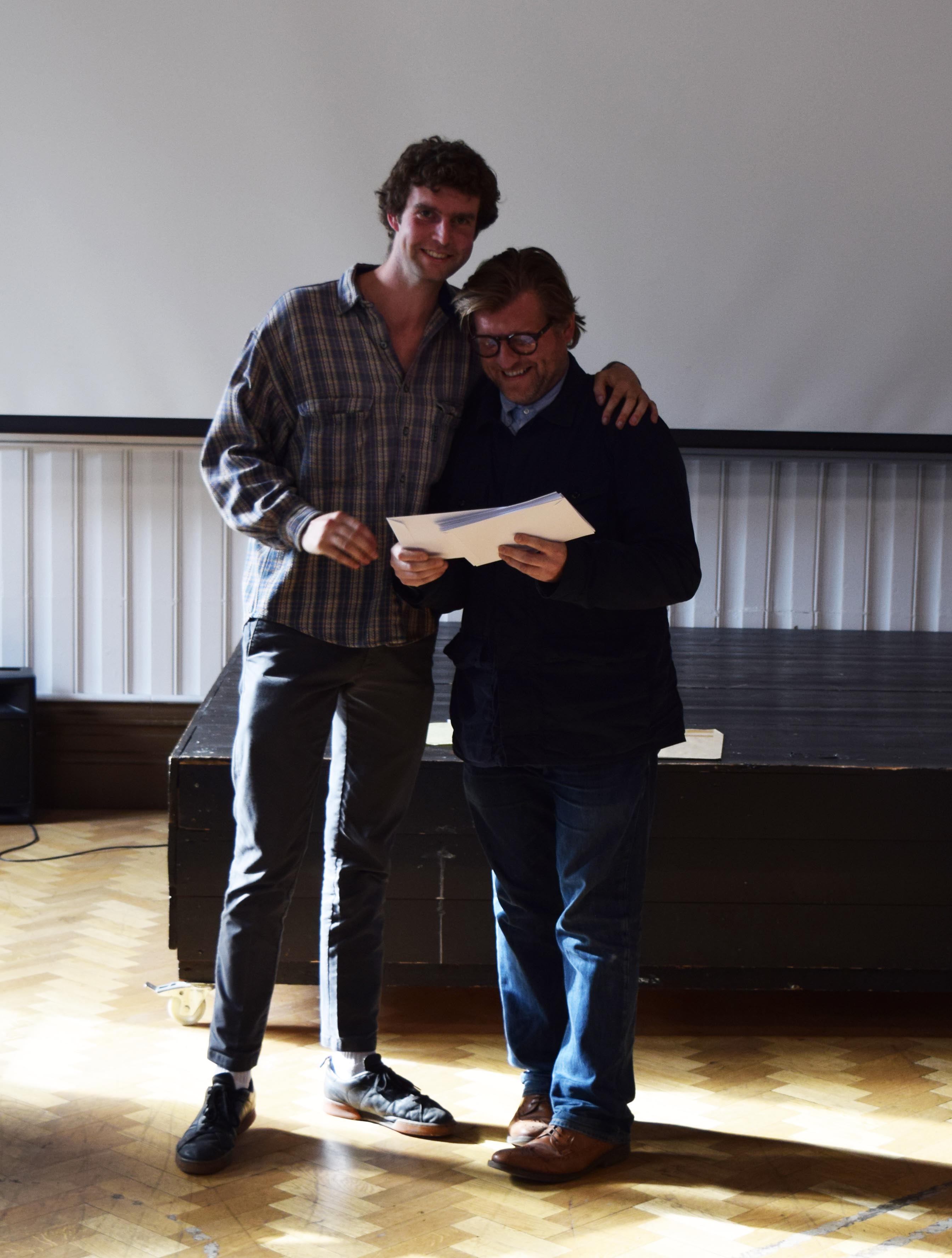 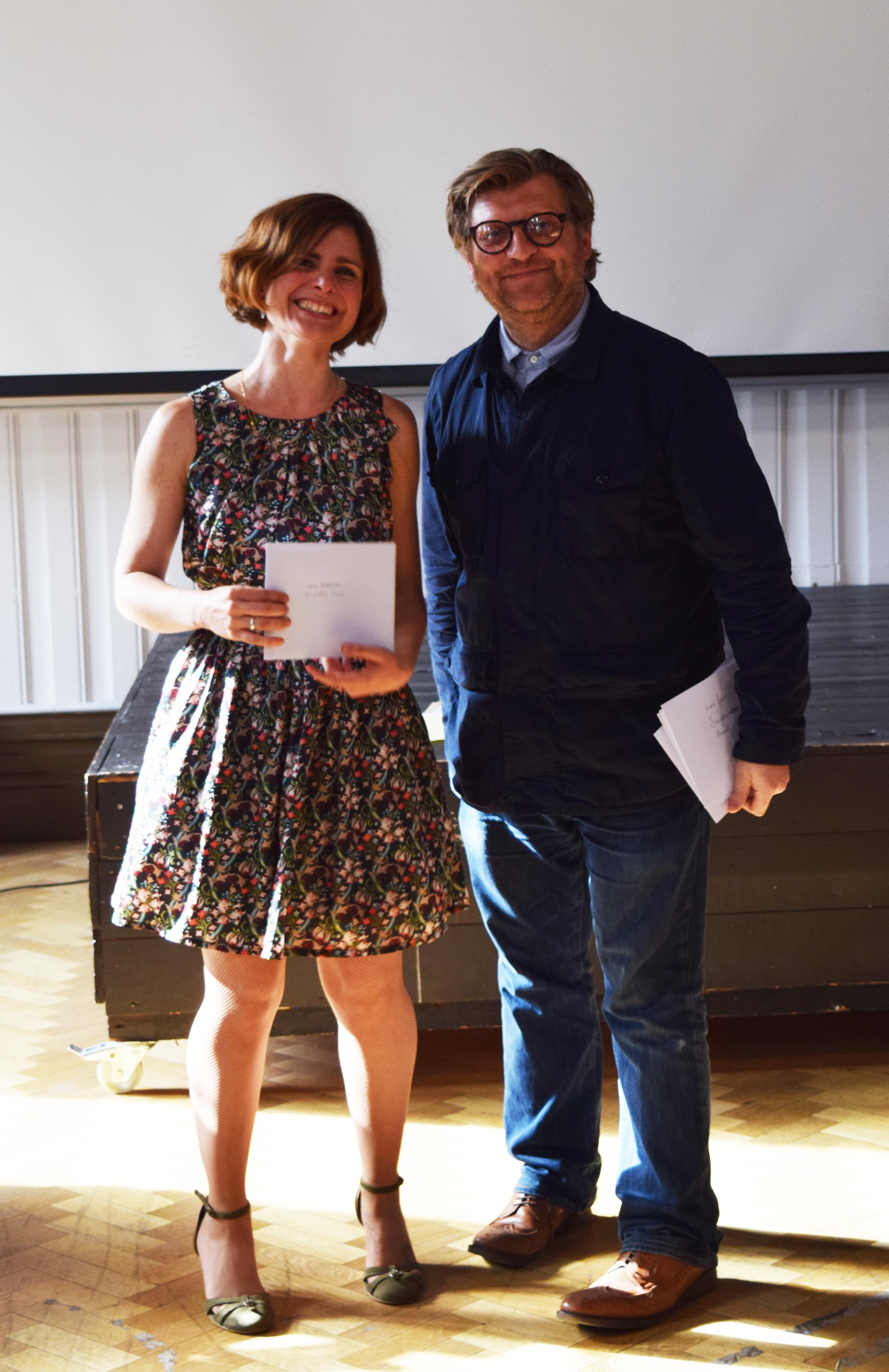 Inma Berrocal with one of her awards and Dean of Camberwell, Nick Gorse