IN THE KNOW: Oliver McConnie’s ‘Mummers and Demons’

Oliver McConnie was an MA Printmaking student at Camberwell College of Arts in 2008-2009, originally from Leyland, Lancashire, he now lives and has a studio in Stratford, London with Bow Arts.

His first solo exhibition Mummers and Demons opens at The Chopping Block, a new gallery and project space in Peckham, Thursday 24 November 2016. The Chopping Block saw Oliver’s works in Bloomberg New Contemporaries last year and asked him to take part in a group show, then later offered him his first solo show. Oliver has found The Chopping Block to be very supportive, as he knew Peckham while studying at Camberwell, it’s great to return and see how strong its art scene is.

The show will include over 200 hand painted etchings, sketches and abstractions, displayed across the entirety of the gallery’s walls. Showcasing an expansive collection of work from the last 12 years, Mummers and Demons offers to its viewers a retrospective glimpse into the chaotic imaginings of Oliver’s ongoing interest in ancient ideas that surround Heaven, Hell, the Devil and God.

Oliver describes his images as, “grotesque, dissident and absurd – parades of horror unfold over macabre landscapes – illuminating narratives based around a corrupt modern world, in distinctly prehistoric settings.” Mummers and Demons offers a visceral insight into Oliver’s ongoing endeavour to cross-pollinate art, literature and archaic symbolism with interwoven narratives that have formed between works made spanning a decade.

Oliver sent us some of his work to have a preview of the exhibition. 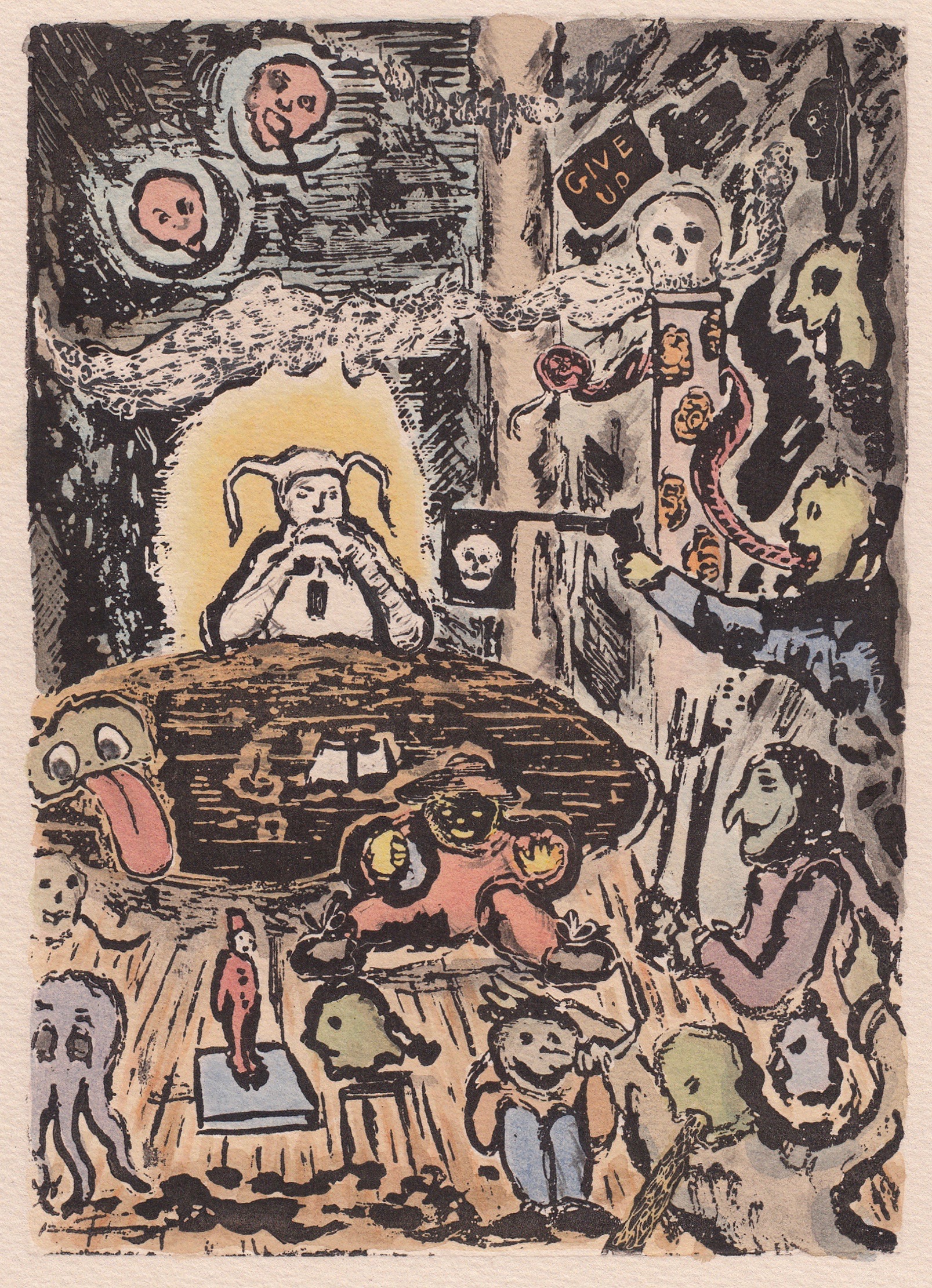 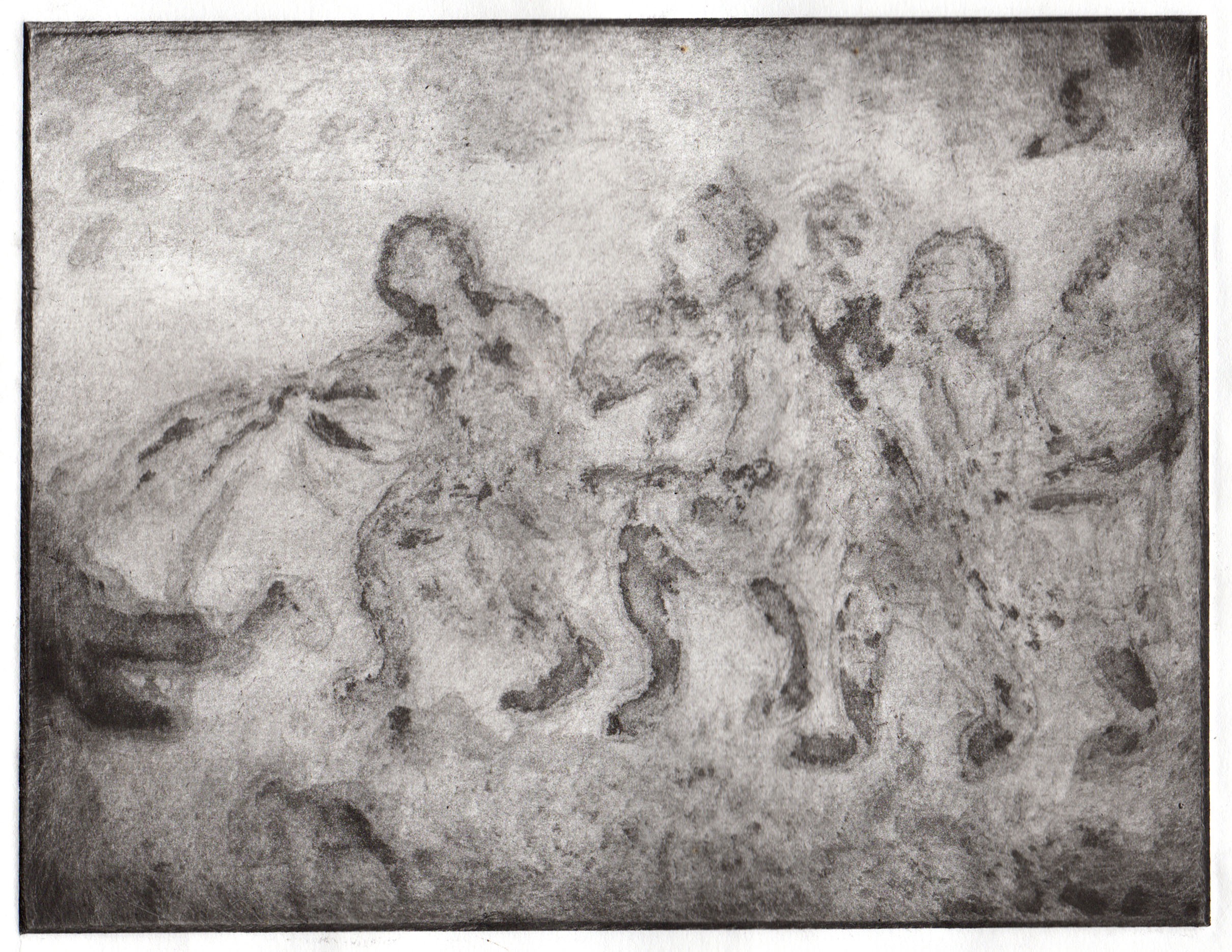 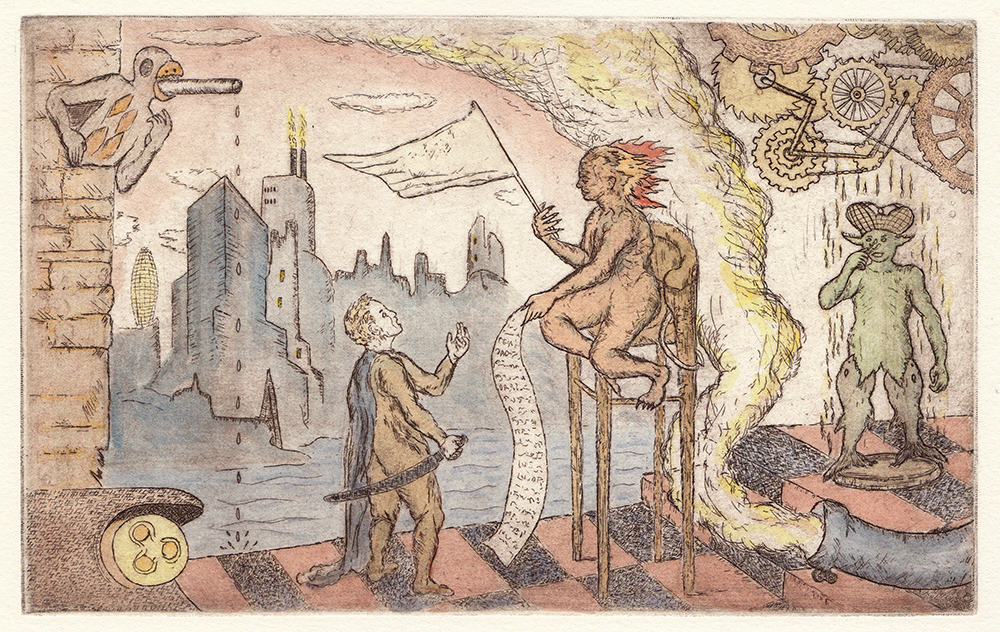 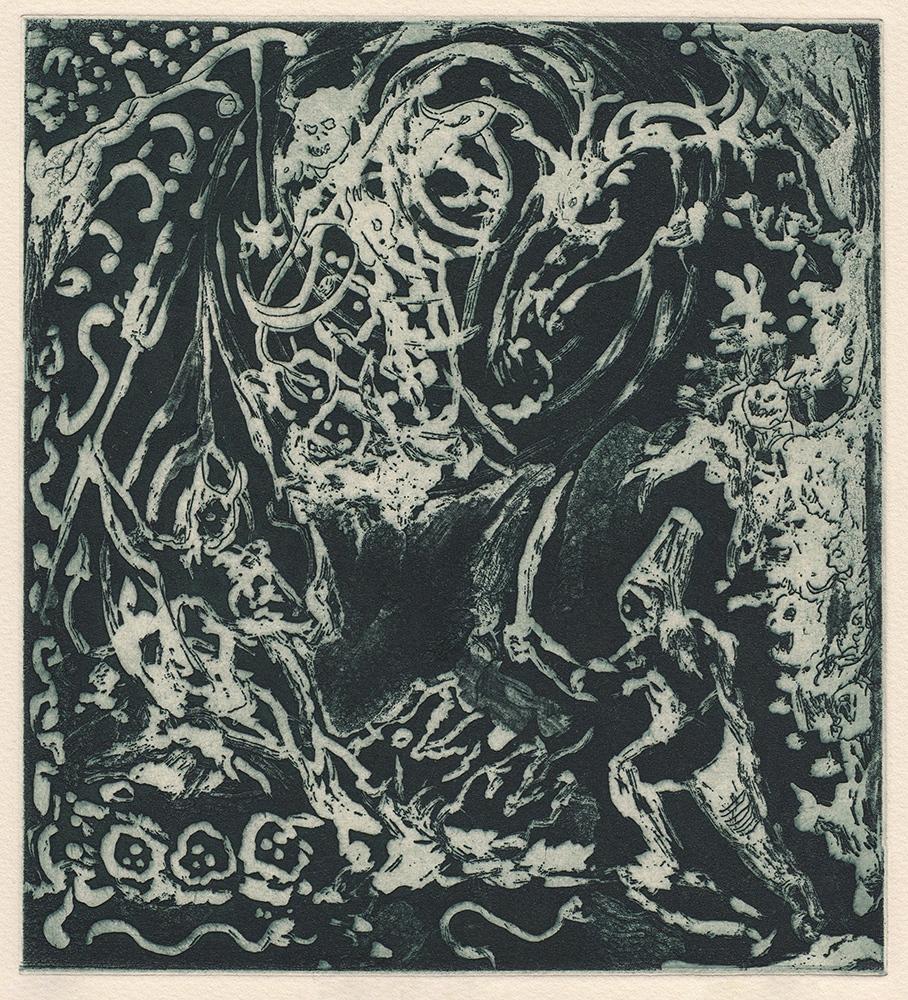 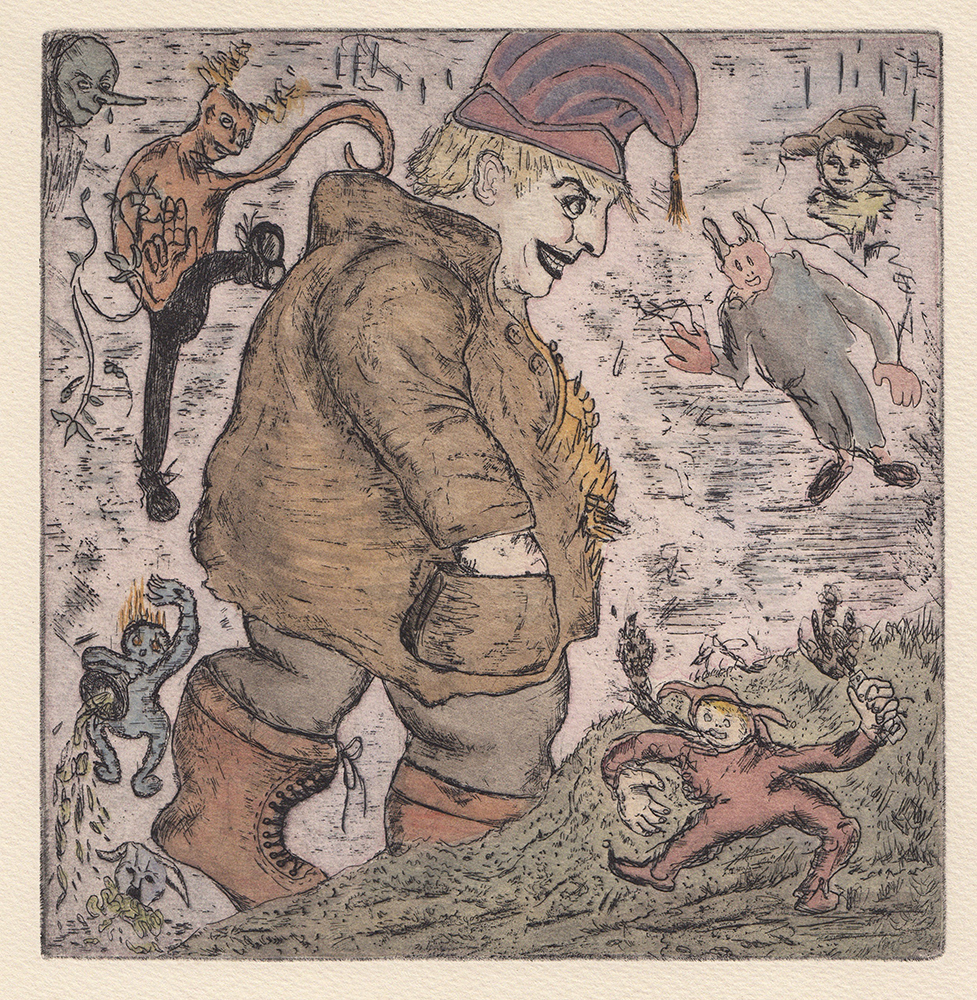 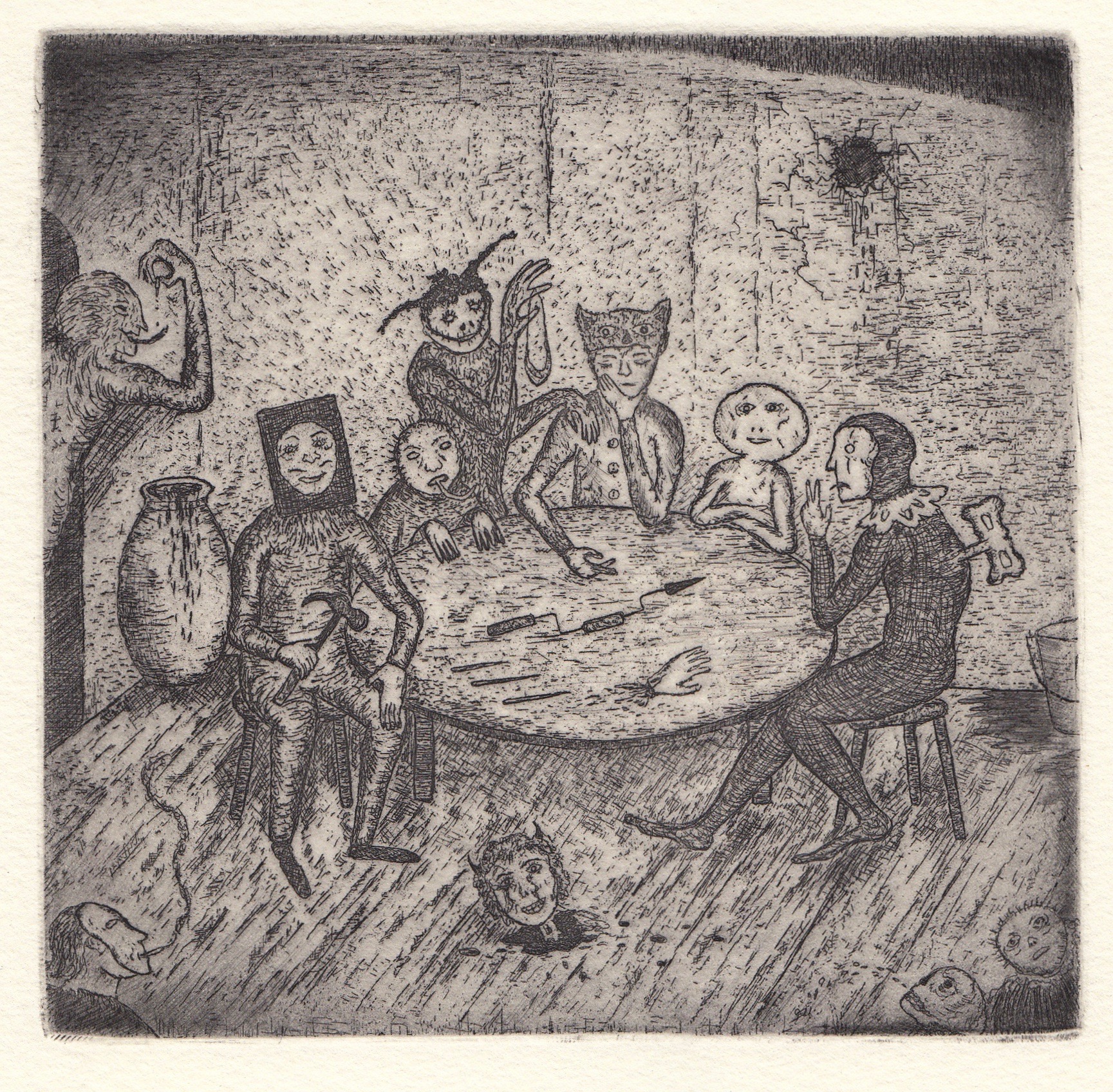 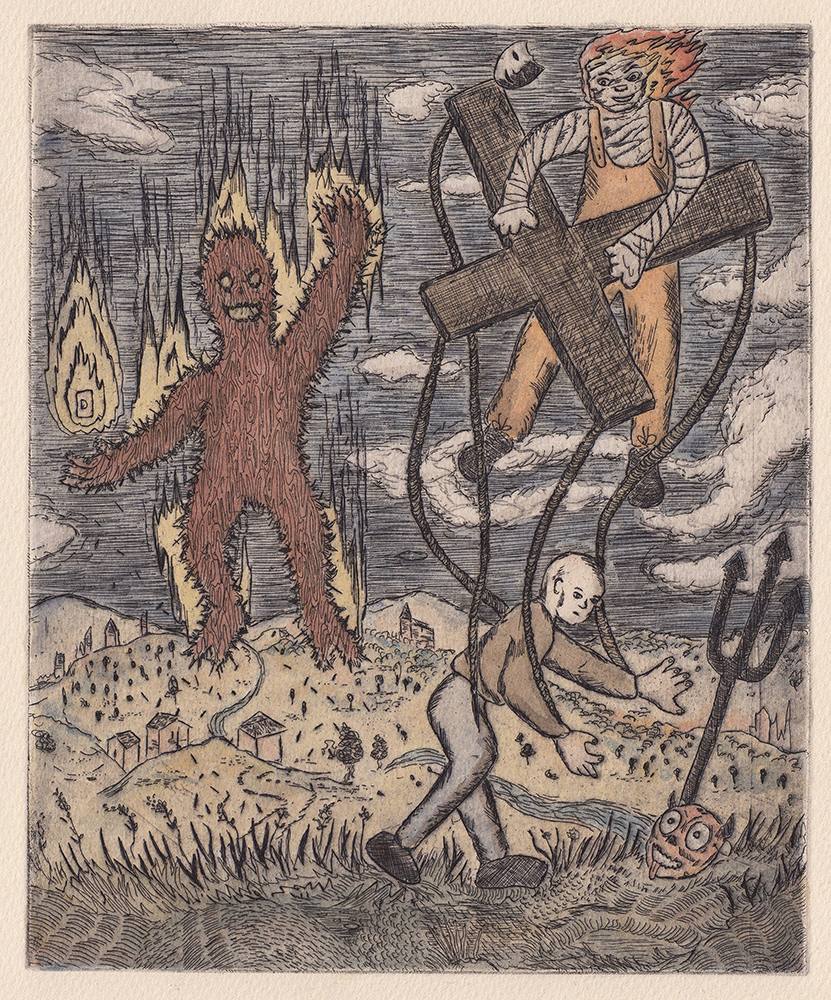