Two Camberwell 2016 MA Visual Arts graduates have been awarded £1,000 each as winners of this year’s Gwen May RE Student Prize. The winners, MA Printmaking graduate Helen Hayward and MA Illustration graduate Hammer Chen also receive two years’ associate membership of the Royal Society of Painter-Printmakers (RE).

The Gwen May RE Student Prize is awarded each year by the RE to two UK graduates who use printmaking in their practice following an open call for entries and this is the first time that the Gwen May RE student prize has been awarded to two graduates from the same institution.

We had a chance to ask both Helen and Hammer about the work they submitted to win the prize.

Helen submitted work from two series of work ‘Flot Flot’ and the ‘Grandiose Defence’. Speaking with Helen about her work, she explained, “I am interested in narratives that reflect and explore autobiographical experience and the human condition. My two- and three-dimensional works are characters in potentially ever changing dramas and the gallery space is a stage being occupied and activated by my work”. 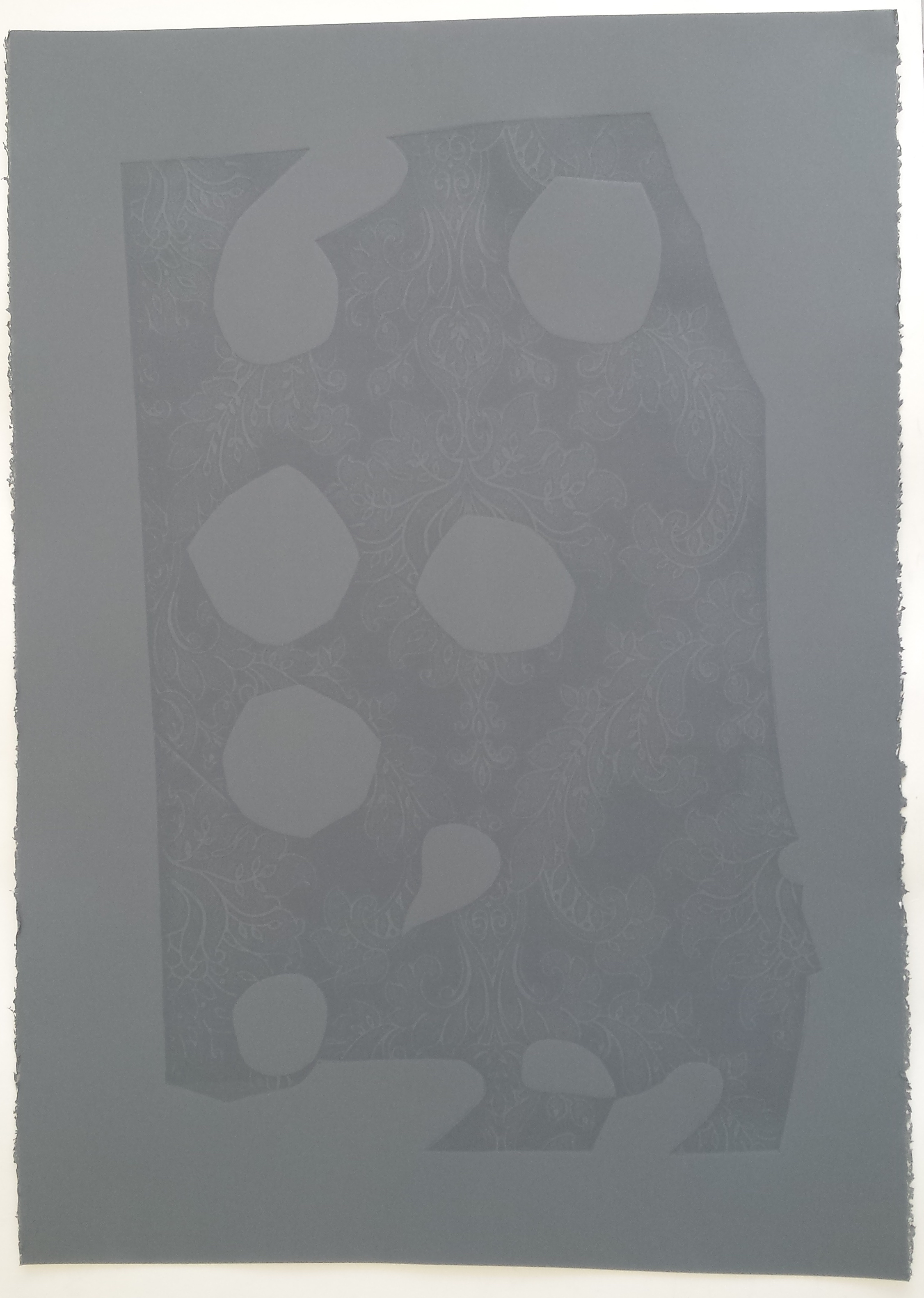 “‘Flot Flot’ is a chameleon like character made from my Flotsam and Jetsam. ‘Flot Flot’ exists in a space between revelation and concealment; concealment of its true self and the revelatory nature of the stage like arena of the two dimensional print. In the ‘Grandiose Defence’ print series, the narrative of the leftover is acted out. I have taken on the role of redeemer, saving the discarded, unconsidered cutouts of my students. I give a new life to these things that have never been loved. The cutouts defend against their un-lovedness by finding a new grandiose self and position through the inhabitation of my large colour-field monoprints.” Hammer Chen is a Chinese Printmaker artist and Illustrator whose work stems from an interest in using marks and textures to express sensations and emotions. She has had several exhibitions in London since 2013 and set up a studio in Shanghai to increase access to printmaking after she graduated. Hammer submitted her print ‘Seeping’ which was selected for the The Masters-Etching exhibition, established by the Royal Society of Painter-Printmakers, at Bankside Gallery this past November. 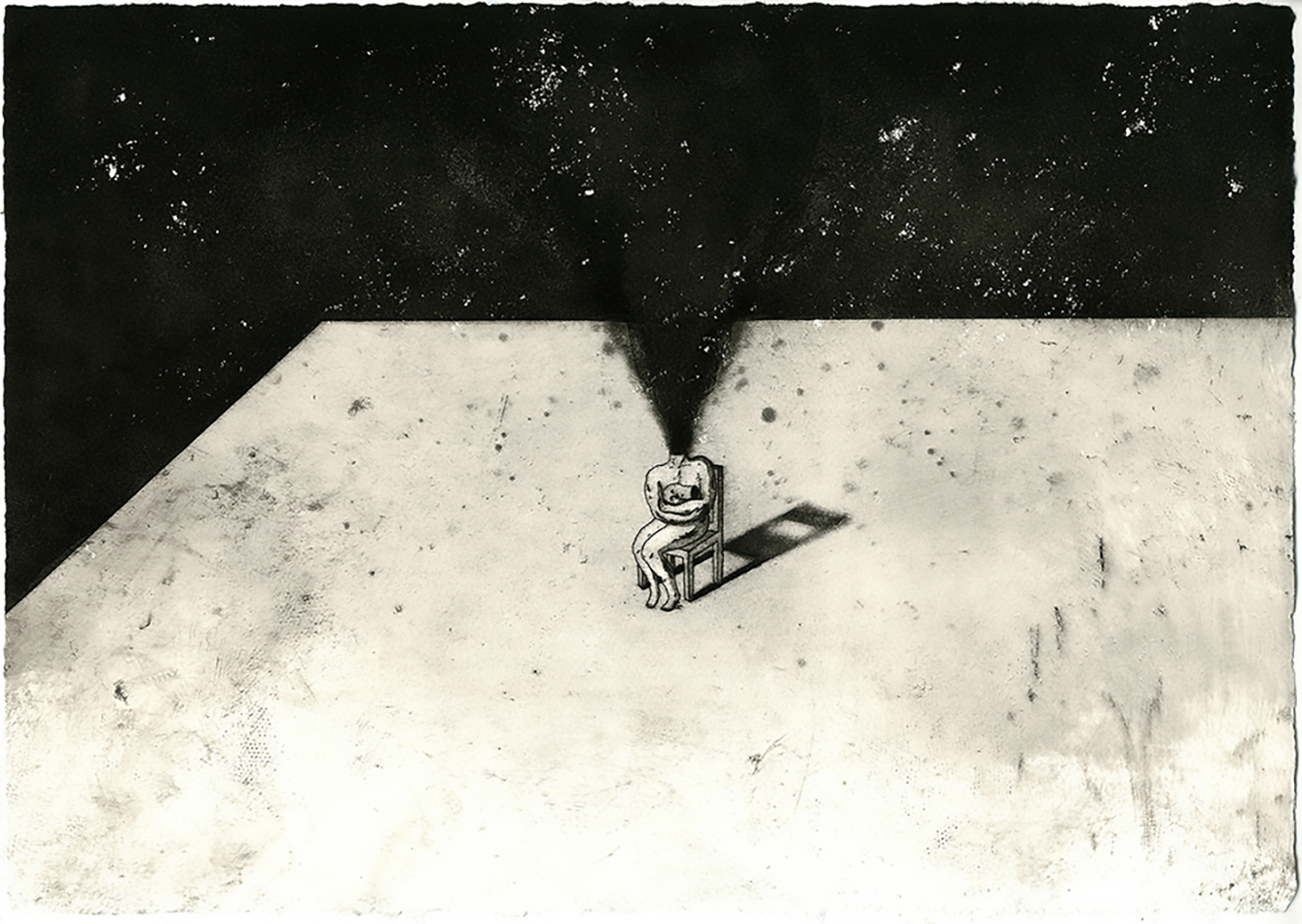 Hammer’s final degree show and recent series of work is about Maladaptive Daydreaming, which she defined for us: “Maladaptive Daydreaming is a psychological concept to describe an extensive fantasy activity that replaces human interaction and interferes with academic, interpersonal, or vocational functioning.” Through the series of works she explores concepts of fantasy, struggle, and disconnect between mind, body and self. 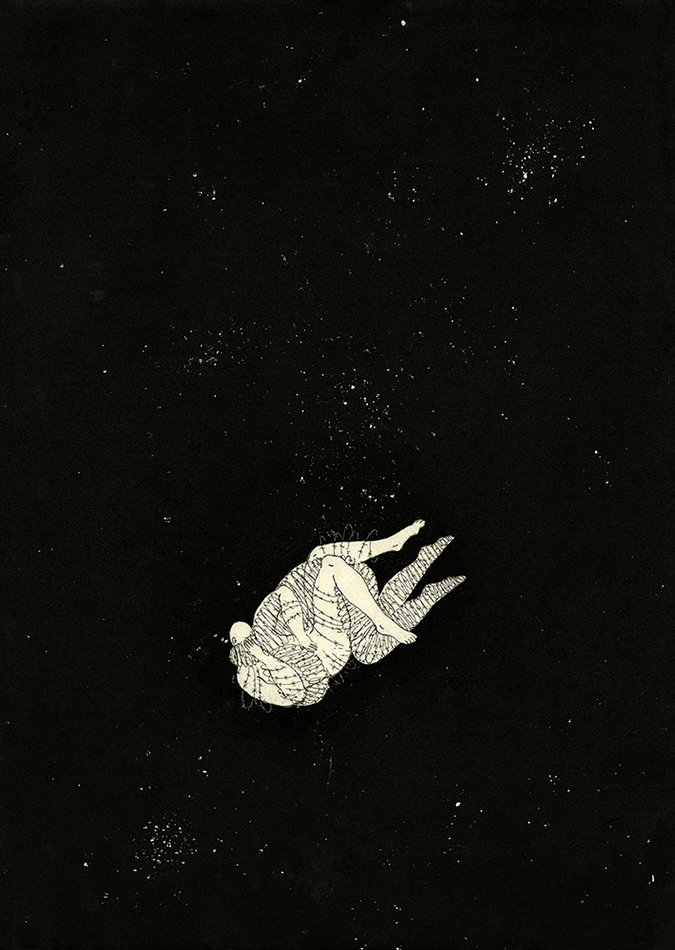 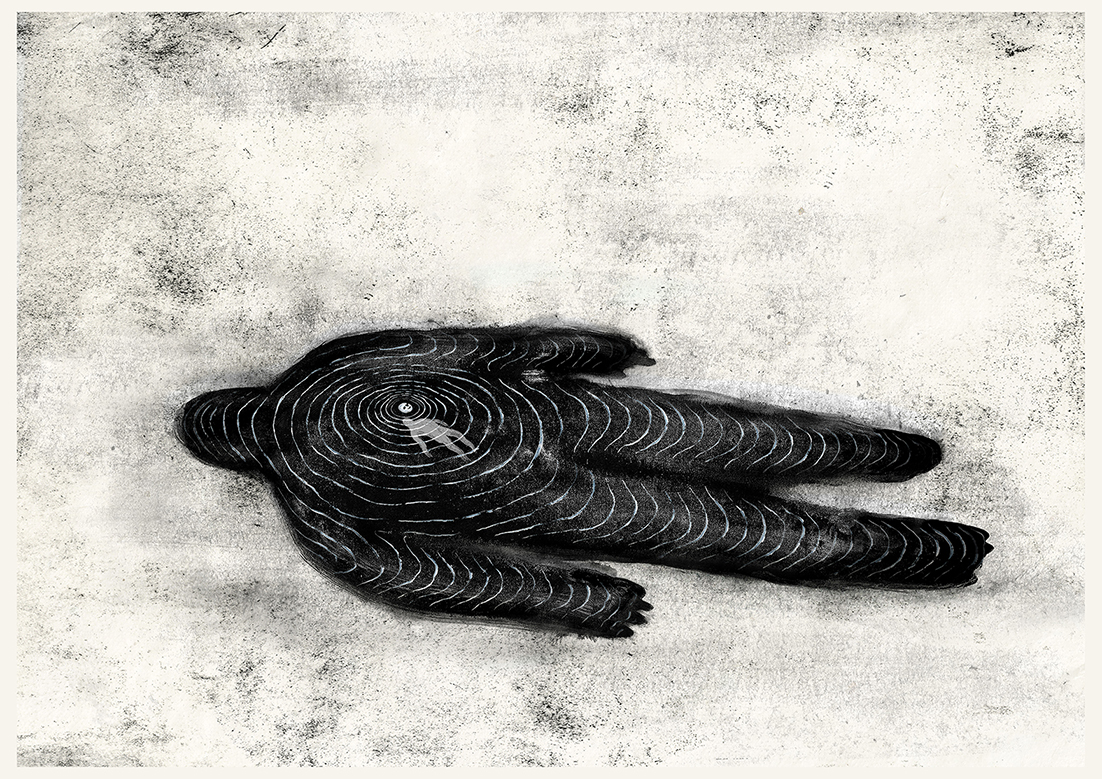