IN THE KNOW: Griselda Pollock joins Camberwell as a Practitioner in Residence

One of the country’s leading cultural theorists, Griselda Pollock is known as a feminist academic and authority on the history of film and visual art.

From January 2016, she will join the undergraduate fine art department at Camberwell College of Arts as a practitioner in residence for a year, and kicks off this role with a series of lectures and panel discussions, the first of which takes place on 12 January 2016 at Camberwell’s Wilson Road lecture theatre on the subject of ‘The Exhibitionary and the Curatorial: Art in the Conditions of Knowledge‘.

Director of the Centre for Cultural Analysis, Theory and History (CATH) at Leeds University, she is a scholar of international, postcolonial feminist studies in the visual arts.  She began her academic career in the UK, where she studied for her BA in Modern History at Oxford University, however she was born in South Africa and grew up in French and English-speaking Canada.

It is widely held that Pollock started her career as a feminist academic with her article “What’s Wrong with Images of Women?”, published in 1977, which examined disparities between male and female imagery and referred directly to her founding of the Women’s Art History Collective in 1972 of which she was a founding member.  In the article, she describes how the starting point was “to attempt some analysis of women’s position in, and in relation to, the history of art and representations”, particularly as a response to the limited literature on the subject at the time.

Described on the Institute of Art and Ideas (IAI)’s website, http://iai.tv, as “a very activist type of academic”, Pollock’s work uses a Marxist-socialist approach to reveal the key sexual and political biases involved in the formation of the modernist movement. She’s been also very active in re-instating female artists that were neglected by museums, art curators and critics of all boards for decades.

The IAI profile continues: “One of her main contributions to feminism was to stress the issues women encounter when living and working in a society where they are displayed as the object of male satisfaction and never the subject (of anything), all while offering new ways to change future representations. She has provided significant insights into the role and nature of voyeuristic art but also into the ties between art and human nature.” 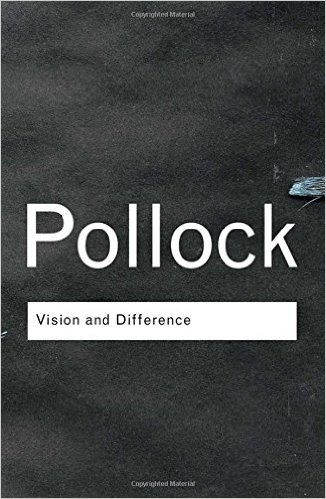 The cover the third edition of Pollock’s seminal work Vision and Difference.

Indeed, not simply a leading theorist whose work has been instrumental in establishing cultural studies as a “high theory” field of analysis, Griselda Pollock also works as an artist, exhibiting exhibited her “Deadly Tales” series in 1997 in Leeds and more recently in 2011 in London. Her video work has been shown in Canada, Australia and Austria and she has worked with two fellow artists, Bracha Ettinger and Christine Taylor Patten selected for the 14th Istanbul Biennial in 2014-15.

As an author and researcher, she has published many seminal books and articles on subjects as diverse as painting and filmic representations of the holocaust or Shoah to Marylin Monroe and the politics of sexuality.

Like her predecessor in the role, critic Hal Foster, over the coming year, Pollock will play a key role in Camberwell College’s curriculum, collaborating directly with students through lectures, seminars, workshops and studio critiques.

The role of practitioner in residence has been developed by the University to invite experts into the colleges to give students hands-on support and advice as they develop their practice and build their career skills. 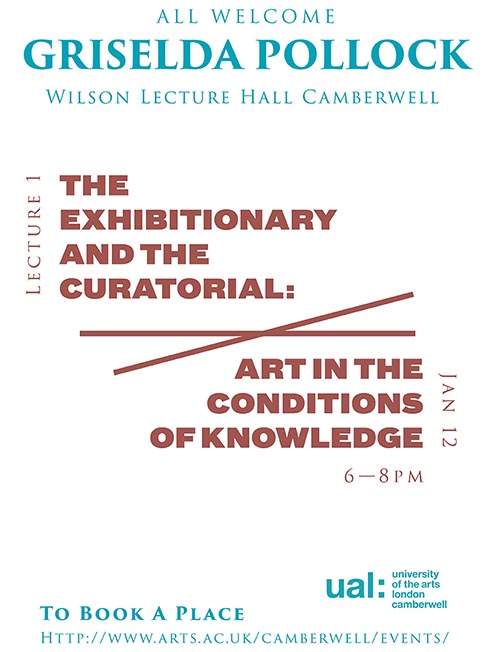 Griselda Pollock will give a series of lectures for students and the public this term, starting next week.  Please visit www.arts.ac.uk/camberwell/events for more information and booking.

This article was first published in the Camberwell, Chelsea and Wimbledon What’s On publication, which brings together features and listings about the free events an exhibitions taking place at our colleges each term. If you’d like to receive a copy, please can sign up to the mailing list online.

Find out more about studying Fine Art at Camberwell by visiting our course pages.