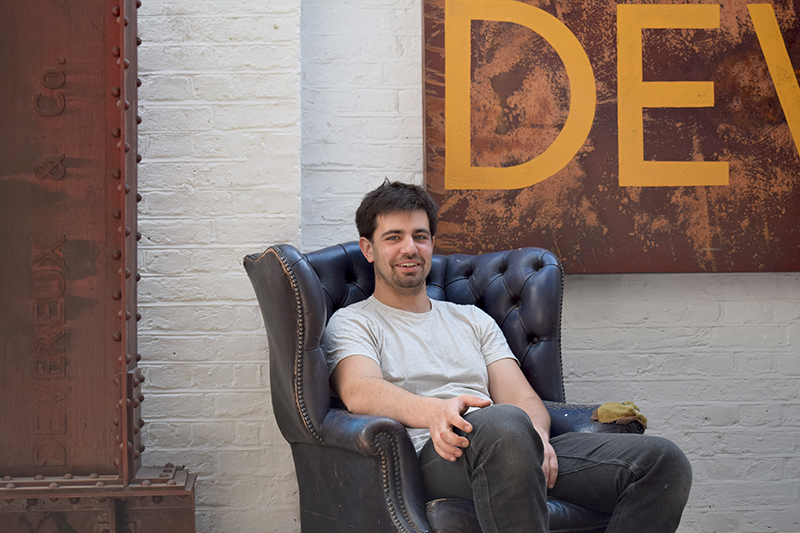 The Broomhill National Sculpture Prize was launched in 2009 by  The Broomhill Art and Sculpture Foundation. With an annual prize fund of £15,000 along with valuable professional support, it’s no wonder why this competition can be seen as an important platform for emerging sculptors. This year Camberwell graduate Alexander Devereux has been short listed to receive support to develop his proposed sculpture and compete for the final prize.

The finalists’ pieces will be on display at the Broomhill Sculpture Park in North Devon, England during their summer exhibition. Later on, during October, two overall winners will each receive a cash price and their pieces will become part of the Foundation’s collection. Below, we asked Alexander to tell us more about his nominated piece.

Congratulations! How do you feel about being nominated for this prize?

I am thrilled. The nomination for the NSP (National Sculpture Prize) is really exciting. I am one of ten other artists who have been chosen to realise the proposal put forward in February. Inside the application, included a scale model of the 40ft Beam that was about 80cm long and had fake rivets, as I wanted it to stand out among other artworks in addition, I included three drawings, two architectural and one an artist impression. Finally, I included a swatch or life size tester to show the final texture of the artwork, the rust, the size of the rivets and other patterns embellished into the paintwork. These were just as important to show how I was going to fake the attributes of real steel. It gives the judges something else to behold and it described a very important part of the proposed sculpture that I couldn’t represent on the model. 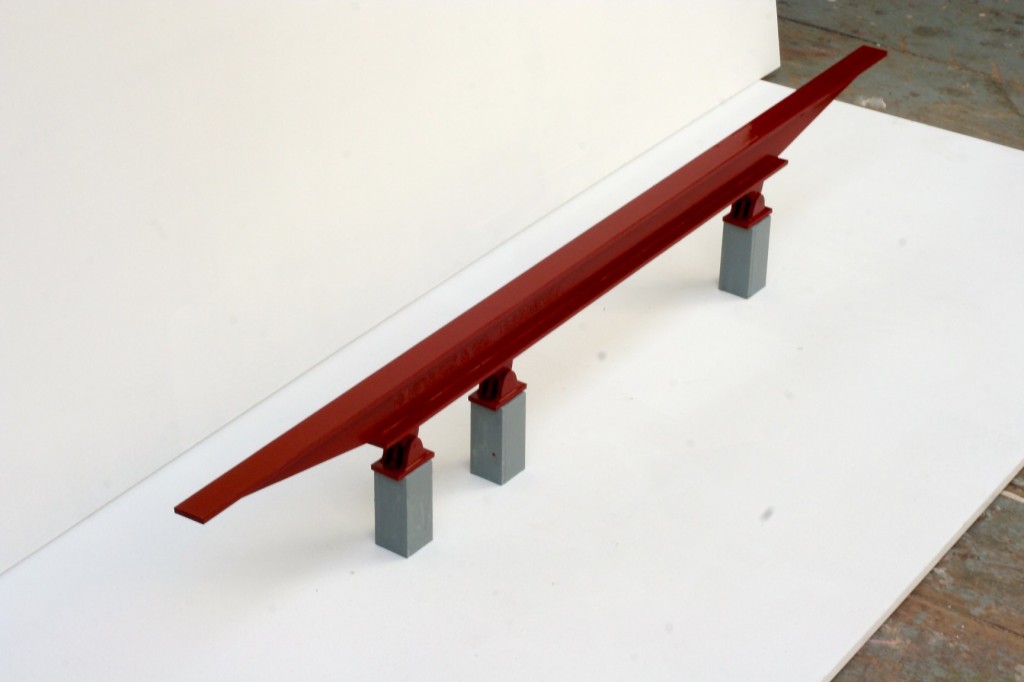 What will you be showcasing?

Now I am set the challenge of building the 40ft riveted beam. Next weekend, I will confirm the location while on a site visit to Broomhill. I believe it will be bridging a river and protrude into a meadow. The 40ft Beam will be suspended 6ft off the ground to be in line with most people’s eye level. When installed it will look like a piece of forgotten architecture and correspond with other natural features existing in the park already,such as bridges and other artworks. I have a blog currently being updated once a week following the development of the work. The work has to be installed at the end of May, so the deadline is tight! Do you have more exhibitions coming up soon?

Looking towards the future, I am planning a series of group shows looking specifically at the theatrical elements artists employ within their work, specifically art and installations, the first of this series should be in September. Finally, in October I hope to start an MA in Creative Entrepreneurship at UEA (University of East Anglia) funding permitting, it will help me to develop myself as an artist curator alongside developing my own studio practice.