Ceramicist and illustrator Fredrik Anderson: All shapes, colours and genders.

Born and raised in Skellefteå, north of Sweden, Fredrik was living in Stockholm when he came on holiday to London and stumbled upon Camberwell College of Arts. He applied on a whim and in 2016 he graduated from BA Illustration. Now based in London, Fredrik’s work hasn’t gone unnoticed being featured in the Evening Standard, Creative Review and It’s That Nice to name a few. His pieces are currently stocked by Liberty in London and with his days getting even busier, we managed to catch up with Fredrik about his latest work.

What have you been working on recently?

At the moment I mostly make ceramics and digital editorials. When it comes to my ceramics I do a mix of thrown and coiled work. I decorate with slips and underglazes picking bold colours that catch your attention. I like big blocky shapes in my ceramics and my drawings. So the two mediums inform each other strongly. I do a lot of my drawing in my sketchbooks with markers making shapes before I add details. I do the same in my digital work playing around with the lasso tool in Photoshop more than anything else really. 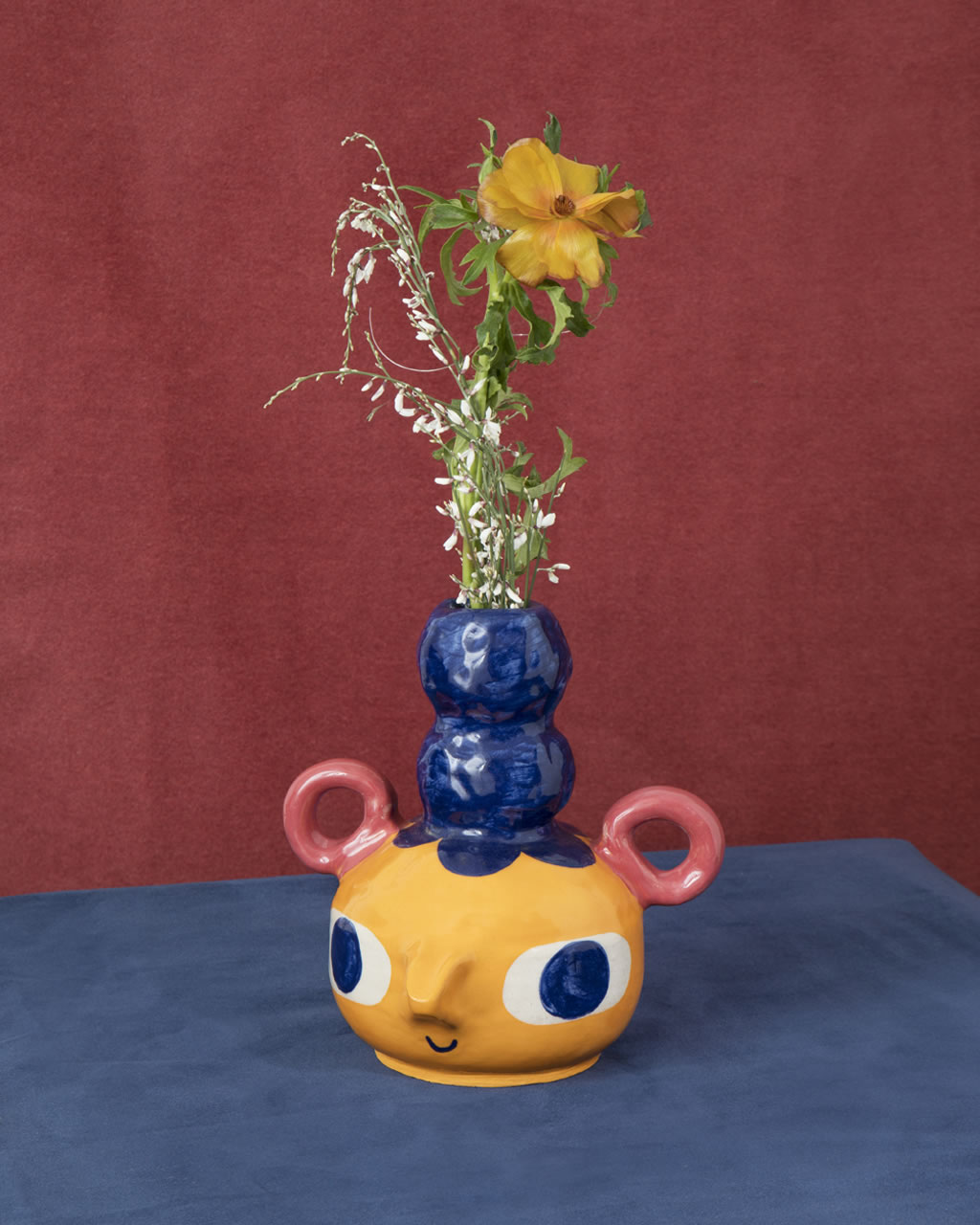 Sex and intimacy is still at the core of my practice. There is still so much to learn about the sexuality of myself and of others. I hope that with my work I open up for a more relaxed way to talk about bodies and how they interact.

Im still growing a lot since graduating, but I’ve been lucky to work with some really good projects in the past two years that have been focused on sex and LGBTQIA matters. Especially my work with THEM.US is probably the most rewarding. Since my own work comes from the perspective of a white gay man I feel like my personal scope can sometimes be very limited. So to be able to work with texts written by queer people from across the spectrum has helped me a lot. 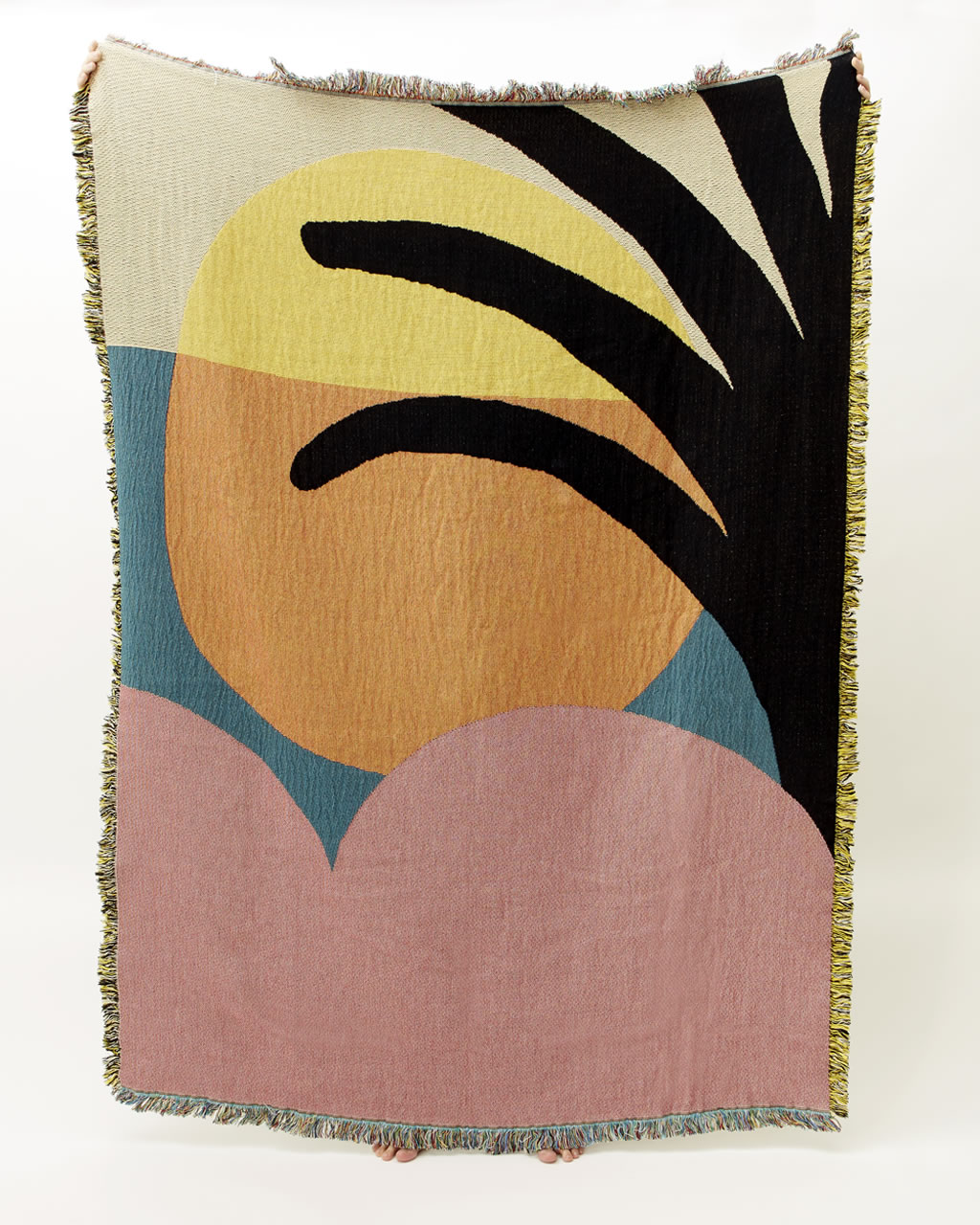 I also try to use my work as a way to benefit organisations and people that I believe are doing important work, raising money for HIV charities or LGBTQ homeless shelters. I think that people that might not necessarily make work with a clear political objective can use their work like this to at least take a stand and show their audience where they stand.

I hope that in the future I can grow more confident and make bolder moves to help educate and learn from the space around me. I think listening is even more important than talking these days.

How did your work get stocked by Liberty?

They just emailed me one evening and asked if they could have a look at my catalogue. At the time I couldn’t really pinpoint who they were, initially I figured it was some cute little shop somewhere that had seen my stuff. Then I called my friend and told him and I realised it was a big deal.

I never expected them to order a lot, but when the order came I was a bit overwhelmed, and in a few weeks my life had changed from doing pots by myself in the studio to bring to markets, to having two-three assistants helping me make and paint pots. It was hard work, and I would never have gotten through it all without my friends and the team of Camberwell graduates that helped me. This was basically my life for about six months, so if any other recent graduates get a similar opportunity get them to call me, I have a lot of things to say to keep you from making stupid mistakes.

What projects do you have lined up at the moment?

I have a few other exciting projects coming up but at the moment I am not allowed to say anything.

Life after school is hard, there is only a select few that can get away from that, and I was not one of them. Sure things have been moving steadily upwards for me since graduating but I know that it is thanks to the hard work and sacrifices that I have made to be able to maintain a studio practice after graduating. For the things that I needed to do a studio was invaluable, so I decided to leave my rather nice apartment, moving into a damp basement where the toilet hadn’t been cleaned for two months. Just so that I could afford a space to make a mess out of.

Any advice for future graduates?

Spend some time to make the work that you want to do, just because you graduated does not mean you are ready for commercial work. I never applied to work for magazines or agencies. I took the first year after school to focus on me, drawing and making every single thing I could think of, I wanted to get a bit more sure of who I wanted to be as an artist. I had to work my ass off at a cafe while spending a lot of my time in the studio, but now I get approached because they want the work that I make, not because they want me to be someone I am not. And I cannot say this enough to people, but in Uni people were teasing me over the way I used hashtags and promoted my work. But I can safely tell you that all of the great opportunities that I have been given have all come through being active on apps such as Instagram and TUMBLR.

My last advice is to respect your work enough to think about how you can make things sustainably and ethically. Make sure you check who prints it and where they get their paper from, or what the working conditions are in the factory that makes the shirts you print on. As a maker you have the option to be in control of your work, cheap is not always better.