Hello, I’m Audrey, a student on the Foundation course Graphic Design pathway and I’m taking over the Camberwell blog.

Preparing for the show was a bundle of mixed feelings. On one hand, I can’t believe our Foundation course is already over! It seems like a few weeks ago when we were still stressing over portfolios or starting our final major projects, and now we’re done!  It’s been a lot of fun (and a lot of work) setting up with some of my classmates, and just seeing what everyone else has done so far is kind of mind blowing. 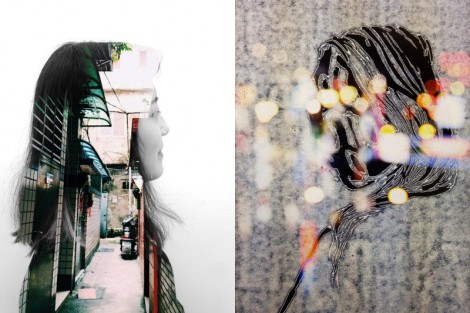 There are all sorts of things at the exhibition, from animations and humorous short films, to sculptures and books, and everyone’s stuff just looks really great. It’s been really rewarding to see our final pieces, and it was just a lot of great last moments in the classroom playing music and setting up exhibition pieces and messing around.

My final piece is a mix between an animation and an installation piece. It’s a projected animation onto a painting of a suitcase on a wall. My initial idea was to do something that could express how international students’ identities change when moving away from their own countries, but as I interviewed some of my classmates, I realized that most of them had very different experiences from each other. 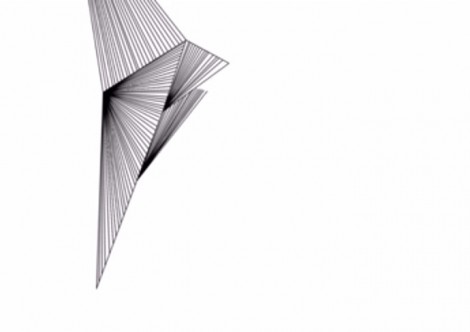 Regardless, there were still similarities in their responses, such as this idea that instead of our identities ‘changing’, that most of us simply matured and learned a lot more about who we really are, and that being in such a creative environment really helped us learn more about ourselves and express ourselves differently as well. From that, I came up with different ideas, and I talked to a few of my tutors, and I think the idea that stood out the most to them was this one, and I felt like I could learn a lot with doing something challenging for myself as well, and so I just continued to pursue that idea and ended up with my final piece! 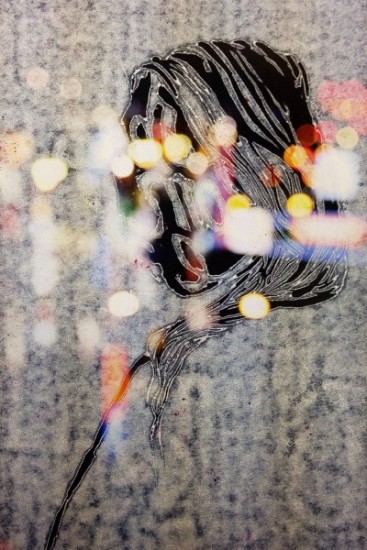 I tried to force myself to do something different that I haven’t done before, which initially meant not doing something digital.  I experimented a lot with illustration styles, because it was something I really enjoyed, and I also tried some different processes such as lino printing and collaging.  I also did a bit of work with photography during my experimentation, like testing out new ways of editing or making portraits, which actually gave me the idea of using the projector in the first place.  I think a lot of my process was more about experimenting with different ideas, and then looking at how media plays a part in it, or just looking at different methods I could present an idea with, and just looking through different materials or seeing what my classmates did really influenced some of the directions I went with. 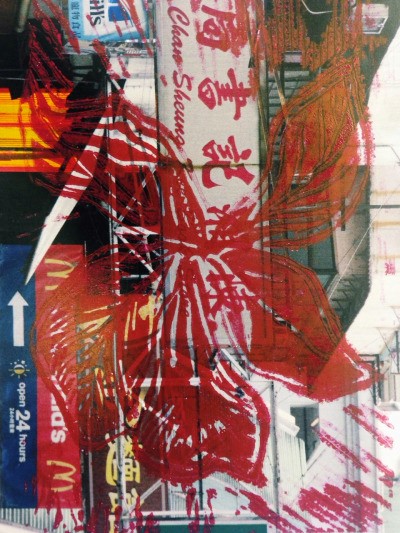 There are quite a few designers that I’ve started following, but one of the ones I enjoy alot is Jean Jullien.  He’s an illustrator, but I love how he incorporates his work into daily environments, and just the fact that his work is so playful makes it super interesting.  I found his work while I was in the diagnostic pathway, and I just followed his Instagram account and it always makes me smile.  I don’t know if it has directly influenced my final piece, but I do think that perhaps the way I’m trying to create an animation that interacts with the environment might be inspired by some of his pieces. 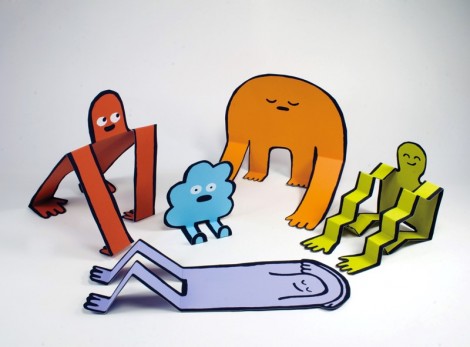 Finally, I would like to recommend you check the work of Tien-yu Chang during the Foundation Show exhibition.

I love Tienyu’s work a lot.  For her final project, she created a video as well as an interactive piece about the idea of solitude, and it’s such an interesting and well-made video that it immediately caught my attention.  Her idea is to write down thoughts about your own solitude and to put them into these ‘eggs’ that represent our own solitude, and the interaction part is to have people do the same and to look back at it months later, and to see if these thoughts of loneliness still apply, or if these struggles we have are still bothering us. 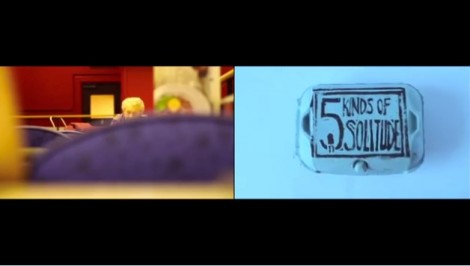 The thing about her piece is that everyone can sort of relate, regardless of where they are in their walk of life, because everyone has times when they feel lonely, especially when we’re in a new place with new people we don’t know as well.  Everyone has thoughts of loneliness, regardless of who’s around them, and her work expresses that and it can relate to everyone. 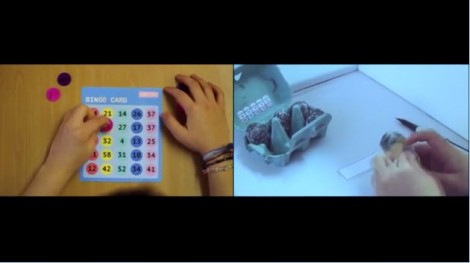