Hi, my name is Damaris and I graduated from BA Painting at Camberwell last year…

My final degree show feels like a million miles away now! I showed two large-scale ink on paper paintings.  Before painting I sanded the paper, creating a symbiosis between the scratches and the ink. Spontaneous forms appeared that looked like an organism, such as mould, growing. I also painted through chiffon, further distorting the image and eradicating the mark of the brush, leaving strange stain-like splotches. I aimed to evoke a sense of the ephemeral and a feeling of an absent presence. Images of heads became strange abstracted forms, which alluded to natural structures. 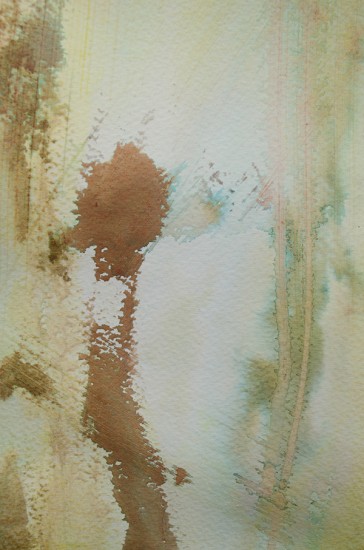 The final weeks leading up to my degree show were intense, but also exciting. I remember nervously hanging around by my paintings at the VIP breakfast, hoping that someone would want to talk to me about my work. That hope was indeed realised and I was lucky to be chosen for the Clyde and Co Award. For this award a selection of work is chosen from various degree shows and it is then displayed in the Clyde and Co offices for one year. Each student gets paid for the loan of their work for the year, pro bono legal advice, and business mentoring. There is also an overall prize of £5,000, staff choice award of £2,000, and an online auction to sell the work selected. 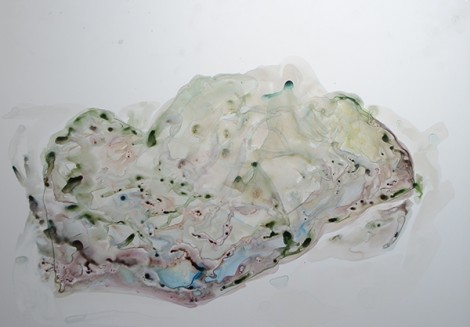 After the degree show was over it was time to find a job! I had been employed before and throughout my degree, but none the less I was applying for lots of jobs and not hearing anything back. For most positions you were expected to have two years worth of experience to be sufficiently qualified. This is rather tricky if you’re a recent graduate and brings into play the constant conundrum of needing to have experience to get a job, but needing to get a job to have experience! It was becoming very disheartening when jobs I thought I would be perfect for were not even replying to me. Then I got a phone call about an artist assistant position I had applied for. With the vast quantity of applications I had filled out and the lack of information provided about the job, it had completely slipped my mind that I had applied. It turned out to be a job working in Damien Hirst’s studio and the initial lack of information and secrecy all made sense. I was extremely proud to be hired in July and I have been working there since the end of September. I’ve really enjoyed it so far and work with lovely people. My contract lasts for a year so I’m not sure what next year will hold. 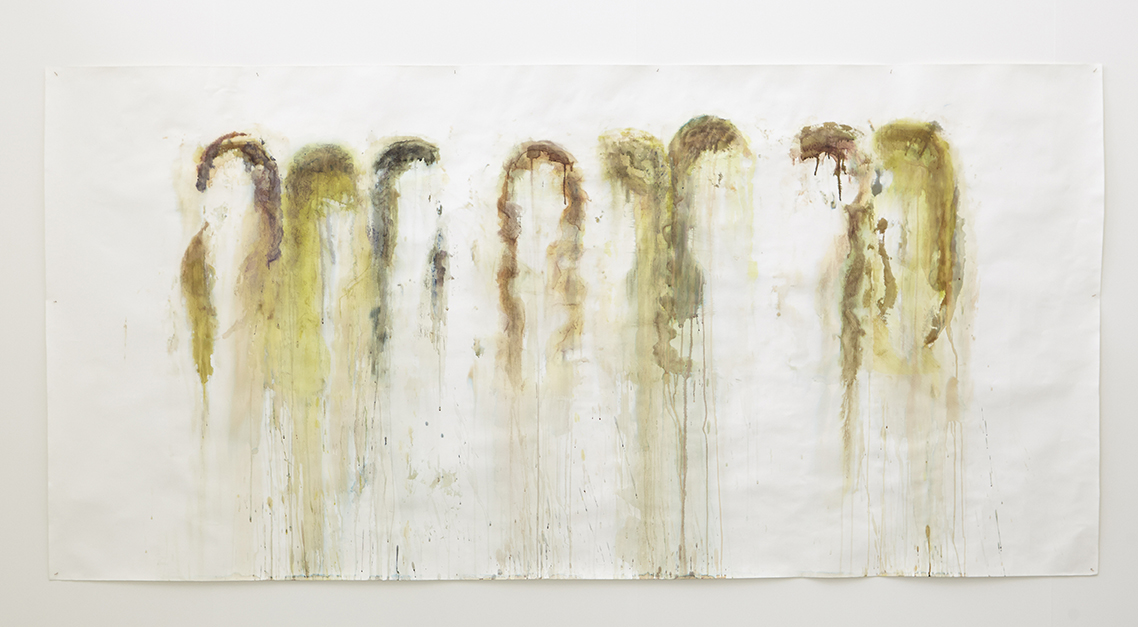 It was a massive change shifting from being a full-time student to working full-time. I feel so lucky to have a job that is actually in the art world when many of my fellow graduates are working in unrelated fields, like hospitality. The 9am to 5pm working week definitely took some time to get used to but after two months or so I felt settled in. 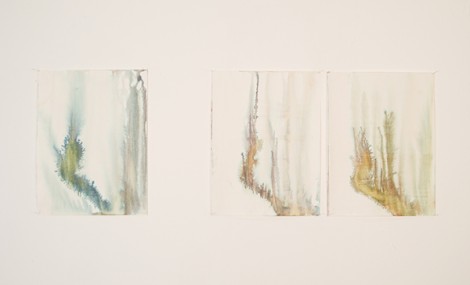 After the intensity of my degree show I took a break from making work. Things were on the back burner while I found a job and somewhere to live, but now I am making again. It is really difficult finding the time and energy to make work when you’re working full-time, especially when you add a long-distance relationship into the mix! When you’re outside of university you’re suddenly working completely independently without any specific aim and it can be very hard to motivate yourself to produce something after a long days work. Also, you no longer have a studio at your disposal, unless you can afford to rent one out. I am lucky to have a big bedroom and a garden, which has come in extremely useful recently now the weather is a lot better. 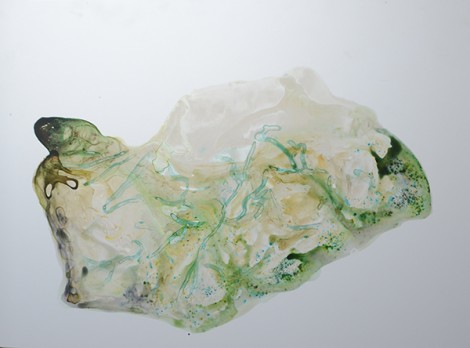 Ever since I went to see a friend’s exhibition at a derelict Victorian house called ‘Safehouse 1’ I have wanted to show my own work there. I asked a few people to join me – a friend from work, Ines Garrido, and two of my housemates, Anna Hussey and Jennifer N. R. Smith, who also went to Camberwell but studied drawing. We are now putting on an exhibition called ‘Epidermal Dress’. It has been a brilliant motivation to make new work and it has been really great working towards a deadline. My new work is completely different – I have been making ‘skins’ out of enamel paint, household gloss, and PVA, which I will display as an installation. I will also be showing some etchings, and some ink paintings on plaster tablets. 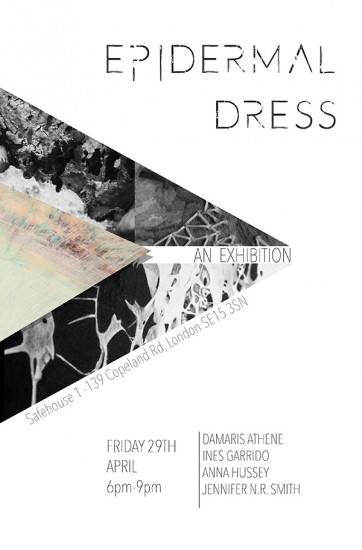