Last week we followed the progress of our third year Illustration students as they installed their work. Including large scale screen prints, sculptural furniture, narrative illustrations and satirical application design, it’s shaping up to be an exciting show.

Here students present a sneak preview of the work you can expect to see. 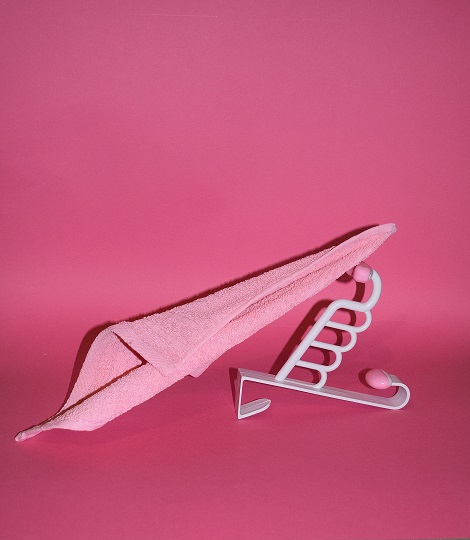 “For my final piece I am making sets of fictional domestic spaces, and making the objects within them. The final piece will be a series of photographs with some of the objects exhibited alongside them. I aim to make material and spatial relationships the focus of attention in my compositions and hope to evoke emotion or the notion of familiarity through my images.” “My project focuses on how we use narrative within contemporary illustration, and how books as an art are becoming undervalued in contemporary society. I have illustrated Asmund and Signy, a traditional Icelandic folk story.

The story of Asmund and Signy is a tale of two siblings whose father, a King, allows them to live in hollowed out trees. For this reason a large amount of the work I have produced is focused around landscape and plants, altering and manipulating scale. I have created a series of large scale works to accompany the book, creating an immersive environment to enjoy the story within.” 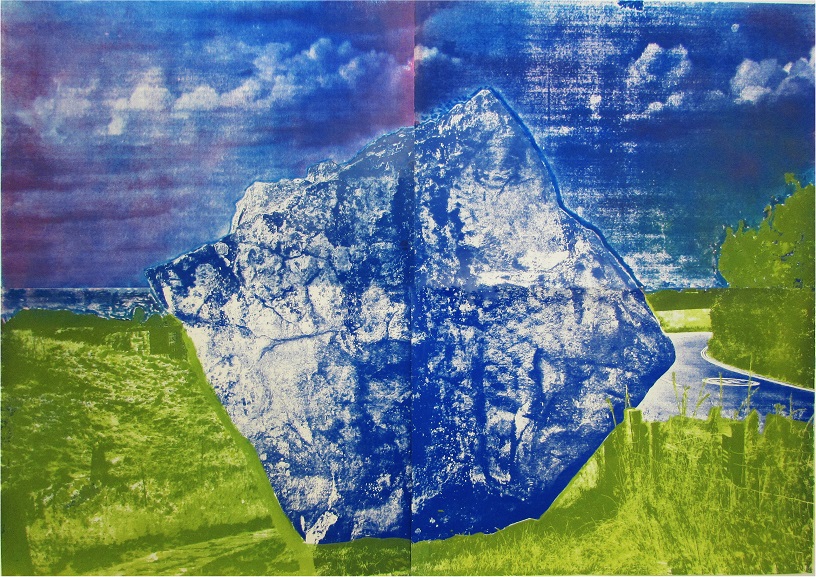 “My degree show piece employs notions of English pastoralism through the Neolithic site of Avebury, conveying an unease at the rise of right wing in politics today, and their abuse of British identity. I have created an installation displaying three very large flocked screen prints of standing stones and sculptural elements relating to politics and materiality. These are a lectern made from corn and a burial mound made from chalk containing political rosettes.” 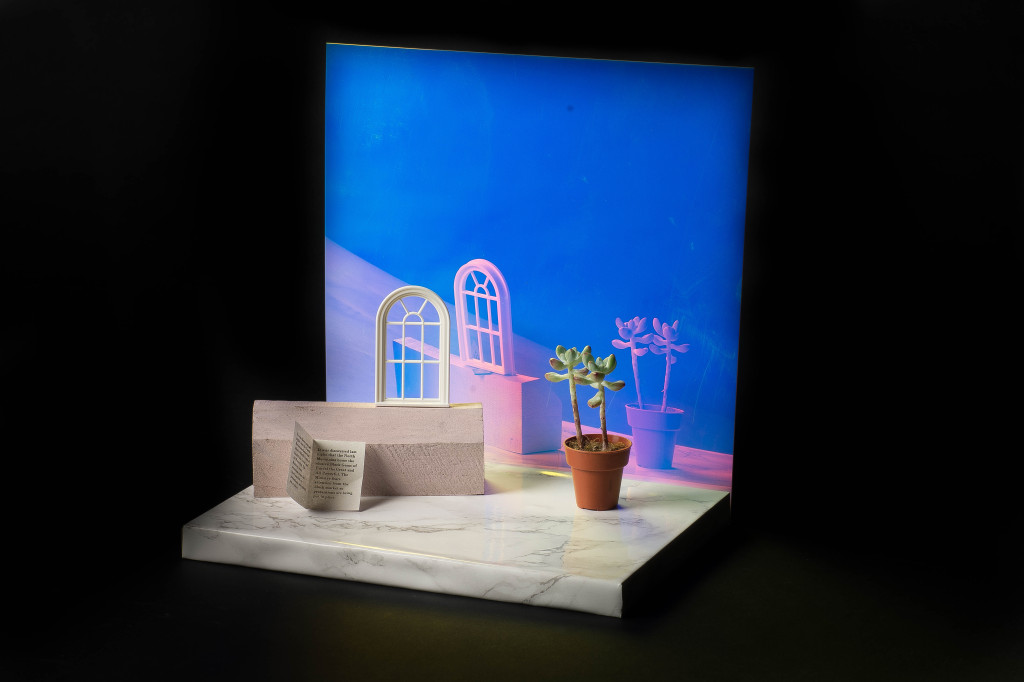 “Near to where I grew up in Dorset, there is a model village of the town Wimbourne. As you walk around peering into the shop windows it seems time has frozen and everything is suspended momentarily during your visit. Even though the model village makers have recreated reality to its finest detail it’s still the furthest thing from reality and real-ness.

For the degree show I have created a contemporary model village from an alternate reality – an arrangement of objects which each signify essences of other worlds. These objects are either made, found, bought, collected or appropriated. I’ve found out of all my miniatures, it’s the mini cactus and succulents that dumbfound people the most; their scepticism of the realness of these plants is what draws them closer into the reality I present.” 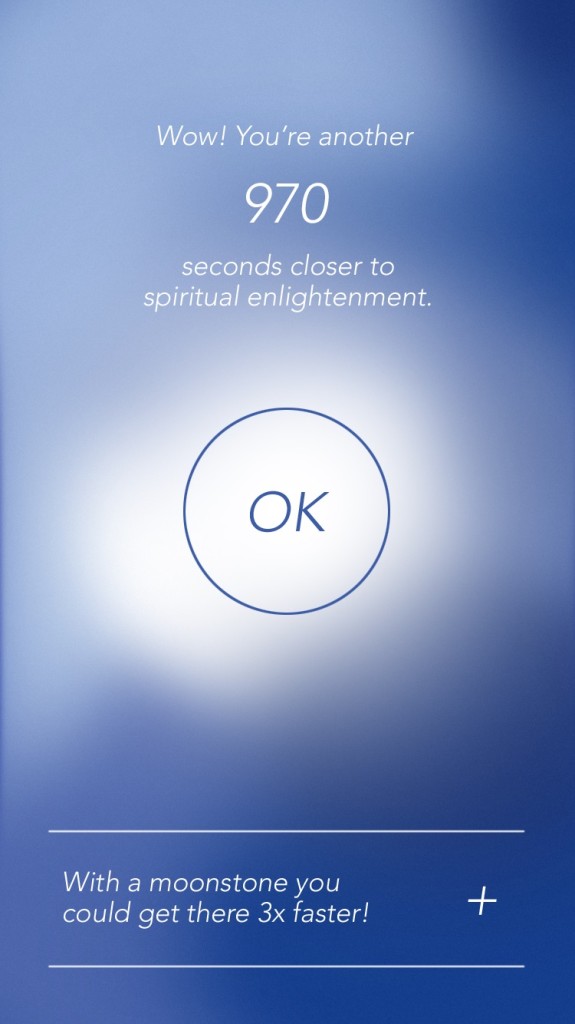 “Created under the guise of fictional technology company ‘e-Lucidation Industries’, mind.less is a satirical, iOS meditation app in which users are invited to ‘level up on the path to spiritual enlightenment’ by the simple act of staring at their screens. The longer the user stares at the 3D meditation aids the more points they aquire, bringing them closer to the next level and ever closer to nirvana. Users can purchase crystals (consumable power-ups) to increase the effectiveness of their meditation session. The project highlights a parallel between ‘New Age’ spiritualist cults such as Scientology and Transcendental Meditation and ‘Freemium’ App Developers.”