‘An Audience With’ is a new mini-project created by BA Drawing tutor Jordan McKenzie for second year Fine Art students who are taking the Unit 5 (Art and Audiences) elective which took place this term from 23 October, finishing with student presentations on 27 November.

Groups of approximately six students were assigned to work with a variety of people who work at the college including to the canteen staff, administration staff, estates and academics: Nick Gorse, the Dean; Fran Cottell, Senior Lecturer, and Jordan took on a group himself to work with on the project. The groups of students were asked to spend time with their assigned person, learning about their role and responsibilities and what they do in and for Camberwell College of Arts.

In this post, the students’ final presentations are outlined and Jordan gives us an overview of the work students produced. 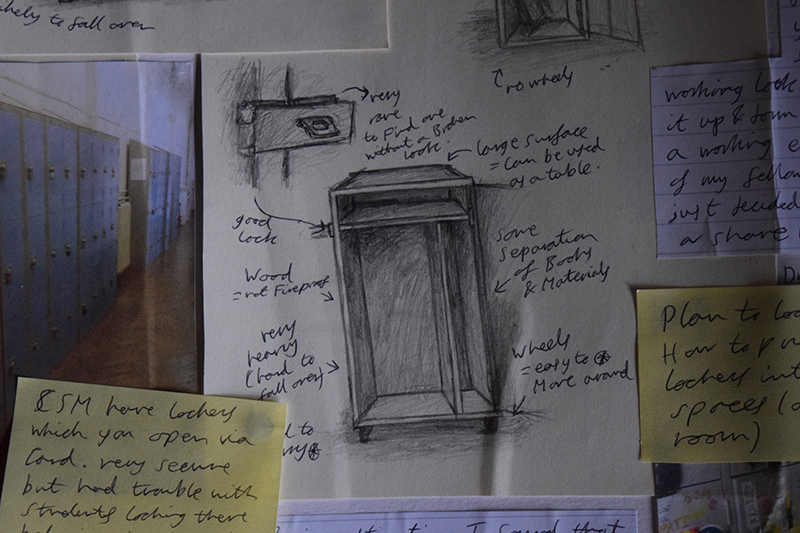 The mini-project’s intention was to expose students to groups of staff that they may not be familiar with and expose those groups to art in a way they may have never encountered. The staff at the college a cover diverse range of roles, for example, providing services about which the students might not much of an understanding. Contact between staff members and students, if there is any at all, could be short or functional and so this project aimed to create develop a sense of empathy with both parties.

Part of the students’ brief for the project was to create a piece of work in response to their experience or to create work for the members of staff they worked with. The groups of students then had to present these pieces during a slideshow presentation at the end of the project.  Before the presentations were made, Jordan commented that he had no expectation of what might be produced: “it’s experimental, but I’m hoping for interesting work”. He suggested that there would be a spectrum of participation: some students will have greatly participated and worked on their pieces and others not so much. 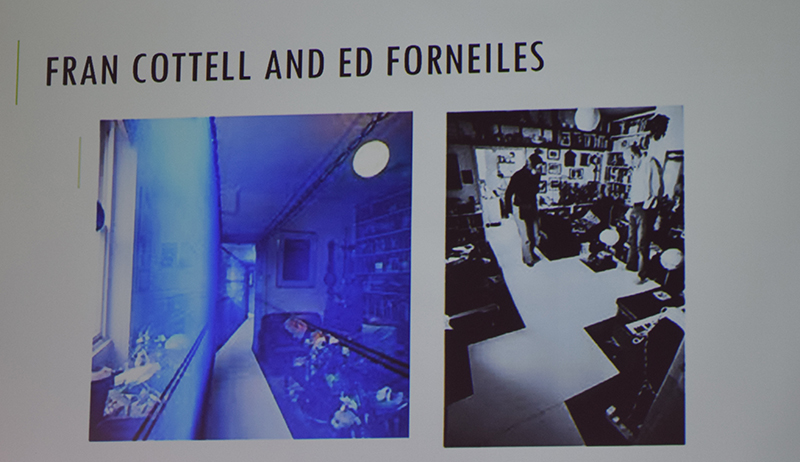 Each group gave a successful presentation about their experiences with members of staff. Some groups were able to spend more time with their allocated member(s) of staff than others, meaning that the presentations and what they produced were varied.

Three of the six groups of students produced a piece of work at the end of the project: the canteen group, Jordan’s group and the Estates Team group. The canteen group produced signs to stick to the walls showing students, staff and guests where to find the canteen now that it has been relocated. Jordan’s group produced a promo video for a fake exhibition that they created. The group working with the Estates Team produced an ash tray that resembled a plant pot in hopes of having it outside the front entrance so that members of the estates staff won’t have to pick up cigarette ends. The other groups all had plans to produce a final piece of work but ran out of time to complete them. 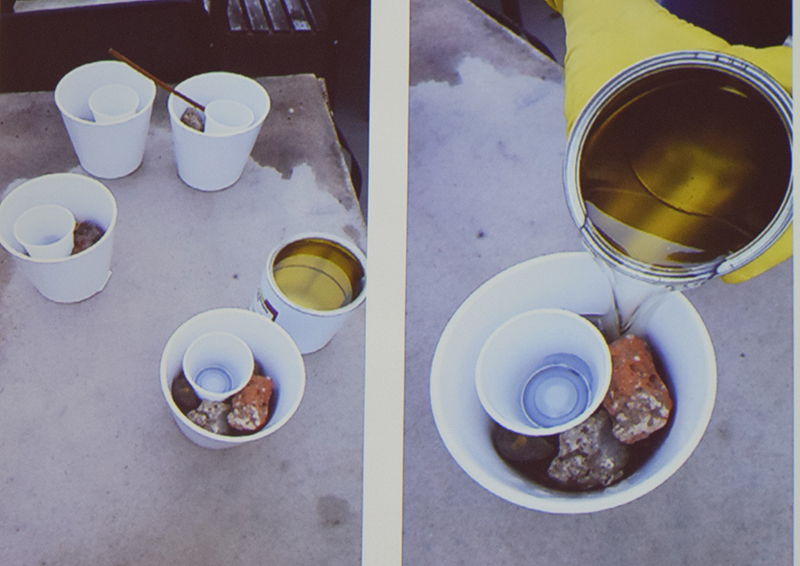 At its heart, the ‘An Audience With’ project is about relationships, having a greater understanding and empathy through an audience that students may otherwise have no contact with. It is also about exploring the college building and the context of those working within it, giving new meaning to being in the college and to their relationships with those they interact with. Jordan invited his group to dinner at his home, crossing the barrier of public to private.

The project also highlighted for some students how little they were previously aware of the support that is provided by various college departments and staff members as they pass through their student life. The group who interacted with the administration staff, for example, expressed their lack of knowledge as to how much this team supported each student during their time at the college.  They realised that, since they had joined Camberwell, they hadn’t had much interaction with members of this department, although when they first arrived they dealt with them more frequently. They commented the work done by the administration staff is often overlooked by students and it shouldn’t be. Canteen Group – Directional signage being made

‘An Audience With’ could be seen as a precursor to Unit 8 which all Fine Art students complete in their final year for which they produce work for an external exhibition or project, but Jordan explained that, to him, it’s about more than that: “It’s going beyond the white walls of a gallery, getting to know the methodology and the audience you could create for. Putting the audience in a different context with the hope that it will enhance the student’s work and experience.”

As a new mini-project, this first incarnation of ‘An Audience With’ can be seen as a pilot with room for improvement: the students all engaged with the project and had positive responses to taking part,  and their final presentations’ can provide valuable feedback on how to develop it for next year. Overall though, Jordan was pleased with the outcome: students gained a new perspective of the building and the staff members who work here, they also demonstrated empathy with the departments they interacted with and created diverse works as a response.