Born in Bournemouth, England, Kimathi Donkor graduated from an MA in Fine Art at Camberwell College of Arts in 2010 and is currently doing a PhD at Chelsea.  Kimathi started his residency at The Gate Theatre in January after being invited to make work in response to the current production of Andrew Whaley’s play, ‘The rise and shine of Comrade Fiasco’.

Kimathi has a very exciting and busy year coming ahead. As well as completing his current PhD titled  ‘Africana Unmasked: Fugitive signs of Africa in Tate’s collection of British Art’, he will also be taking on a residency and solo show in Johannesburg, South Africa and another solo show in Lagos, Nigeria. Here he tells us about his work at The Gate Theatre.

How has it been to be an artist in residence at The Gate Theatre?

My residency at The Gate has been supported financially by the Chelsea Arts Club Trust, and through curator Daisy McMullan.

Like so many of us, I’ve got a fascination with actors and the whole process of transforming into another character. So, the most inspiring part of the residency was my time in amongst the rehearsals and all that behind-the-scenes creativity. The Gate is a very small theatre, and the production has a cast of four, but it seemed as though it took a hundred people to get the whole show rolling – it’s all very sophisticated technologically, in terms of the set, sound and lighting. Another highlight was that some of my work has been sold, which is always good news! 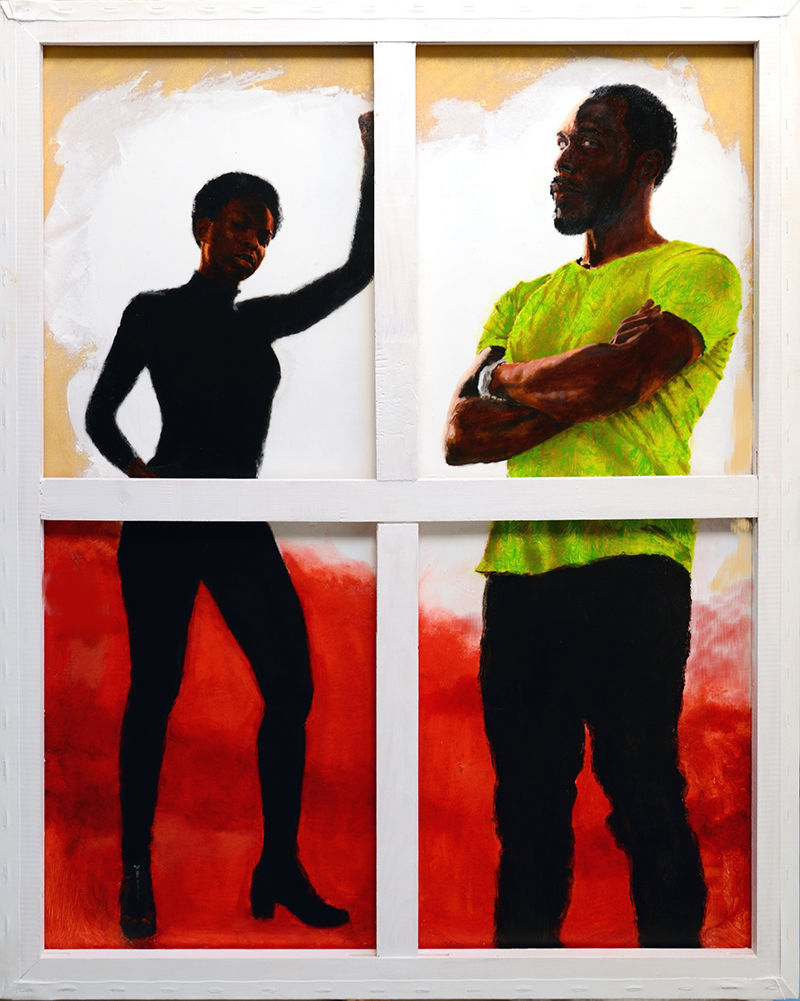 What is the subject of your present exhibition at the Gate Theatre and what are you showcasing?

Andrew Whaley’s play, ‘The rise and shine of Comrade Fiasco’, is set in a police cell in Zimbabwe, with a theme that focuses on the aftermath of the war against colonial rule. So, I created a mural in the theatre stairwell that uses motifs and colours drawn from the new country’s national flag. It includes a large, golden bird that symbolises Zimbabwe’s ancient, artistic heritage.

Plus, I’m showing other works using a process, which I call ‘stretch and bar’ – I create paintings on the back of a traditional canvas, so that the wooden stretcher bars form part of the composition. It’s a way way of thinking about the relationship between western art history and African identity, which I first started using in 2008 (and I’m showing one of the original, 2008 works, too).

My new works include portraits of the amazing cast: Gary Beadle, Kurt Egyiawan, Joan Iyiola and Abdul Salis. When I first showed them what I’d done, I got a bit nervous, as you never quite know how people will react to their portraits! Plus, as an avid EastEnders watcher, I was a bit starstruck by Gary, who used to play Patrick Trueman’s son Paul back in the day! But, I needn’t have worried, as they were all full of praise for my work (all though, with such good actors, how can you tell, eh?… only joking!). 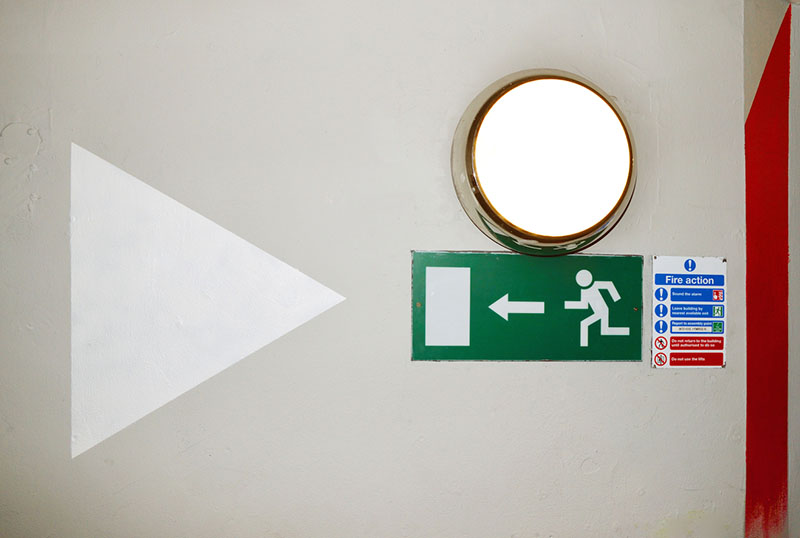