An art student has worked with a refugee to recreate her old bedroom as part of her degree show exhibition at Chelsea College of Arts, UAL. Josephine von Bülow, who is graduating from BA Fine Art at Chelsea this year, has been collaborating with 16-year-old Rakiba at the Baytree Centre in Brixton, London, where she also works as a teacher, working with young girls on story writing and illustration.

Rakiba arrived in the UK eight months ago, and has worked with von Bülow to create the installation from memory and a drawing she made (above). Her bedroom in Syria was her safe place in her old family home. For the artwork, the room will be staged as a backdrop with some real furniture and some created by the artist as though for a theatre stage. 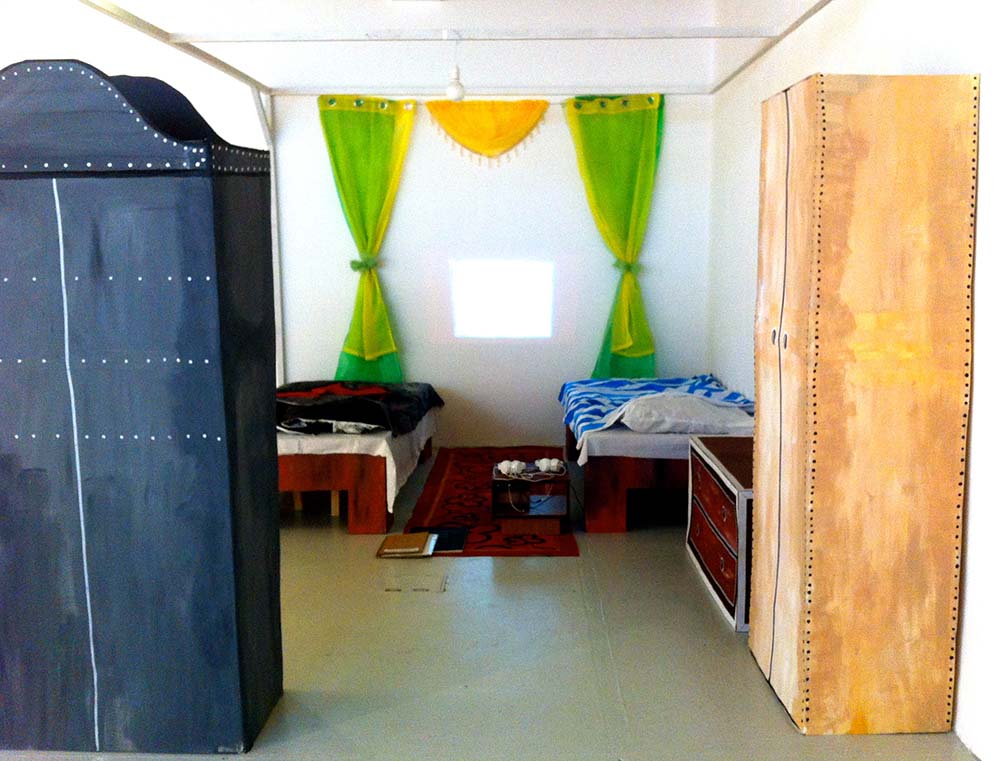 Playing with reality and fantasy, the installation will also provide a space to watch an animation entitled Tales of a Child – Book One. This film showcases Rakiba’s life and explains her experiences of fleeing to the UK with her father through her memories of her past, her present struggles and achievements and her hopes and aspirations for her future. The animation will include some of Rakiba’s own drawings which will also feature on the walls of the installation. The film will continue to be developed following this exhibition, with a full launch and release planned to take place in September.

Speaking about the project, von Bülow said: “My mantra is; In order to take you need to give. Meaning that I believe that as an artist/filmmaker I can’t use the stories of other people’s lives without giving some of myself in return. It always needs to be an equal and collaborative exchange rather than exploitation. For this production I have been mentoring Rakiba who is telling the story. I see collaboration as a strong part of making art and films. Filmmaking is my strong quality with which I can explore and mediate the world, using many different approaches such as researching, active social engagement, artistic experimentation with different materials and journalism.” Still taken from animated documentary film Tales of a Child – Book One by Josephine von Bülow, in which 16-year-old Rakiba describes her experiences as a refugee from Syria who now lives in the UK.

Rakiba’s bedroom will be on display at the Chelsea Undergraduate Summer Show which runs from 16 – 24 June 2017.