As part of our ‘One Year On’ series, MA Fine Art 2014 graduate Rachel Wilberforce tells us about all the exciting things she’s been up too since graduation which including relocating to the coast, working in the public realm and having her work featured in a music video.

How did you find the Summer Show experience last year?
The final show was busy and hot, and felt a bit like a festival! As I made an ambitious conceptual piece which formed part of the internal infrastructure and architecture of the gallery space with a performative element in the dark, I was particularly interested to see how audiences engaged with the work. Though it was a risk, it was hugely rewarding to see the work being interacted with first hand. I was also great to have the feedback of a wide audience from children to art critics.

I enjoyed seeing a culmination of everyone’s work under one roof, and we took it in turns to tour the whole show! There was a sense of excitement at the possibilities that lay ahead. Following a book I’d put together for the show, I had the opportunity to meet Michael Hoppen at his gallery and gain invaluable feedback on my work.

It has been one year since you graduated – what have you been up to?
I’ve relocated to Ramsgate with my studio in Margate at Resort Studios. It’s been fantastic getting involved with the vibrant artistic community in East Kent.

I’ve been getting to know my studio peers and neighbours, including a Royal visit from the Duchess of Cambridge in my first week and a sold out Auction Fund raiser “Bricking It”. I’ve forged relationships at LIMBO, with an Arts Council funded 3-man show Space Interrupted early in the year, and I’m currently working on T.S Eliot’s The Waste Land project at Turner Contemporary (opening in 2018).

The landscape of Ramsgate and Margate is changing rapidly with exciting creative enterprises opening every other day. The re-opening of Dreamland in Margate has continued re-invigoration of the area, alongside Turner Contemporary. This has encouraged an influx of people to visit, move to and invest in the area. 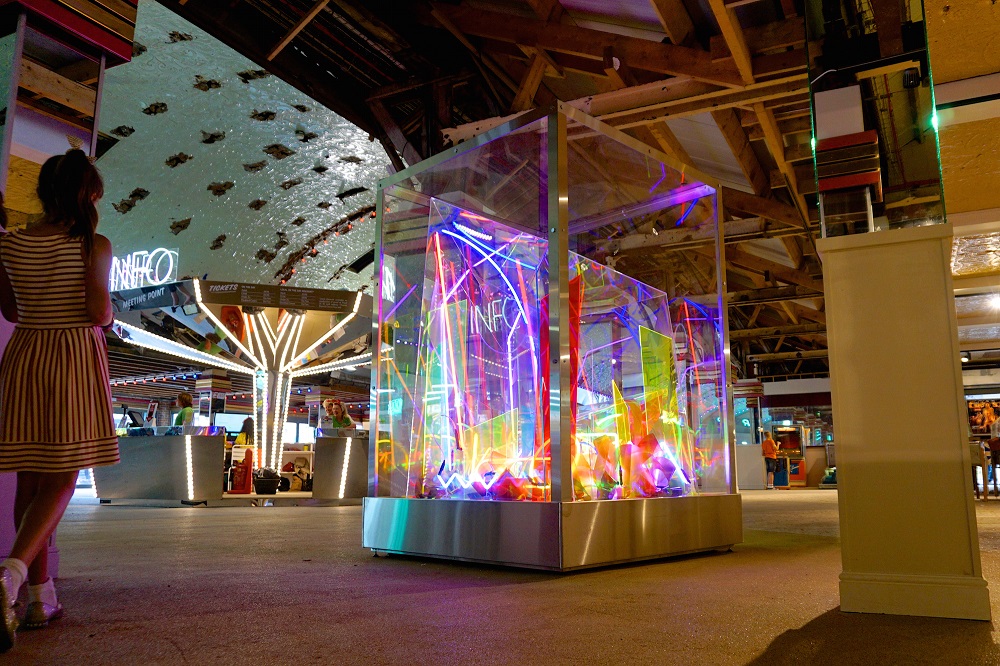 How has your practice developed since graduating?
My photographic work, early in the year, built on ideas of 2D and 3D realms in the series ‘Perceptual [Apparatus]’. The work explores physical archetypes in responding to different spaces’ shifting and juxtaposed identities and purposes. This is further heightened by the physical work, where the confluence of double-floated prints created a third 3D space.

My overall practice has incorporated public-realm artwork, and seen the realisation of Solaris at Dreamland which has been an incredible (ongoing) experience. The work has attracted a lot of attention, and recently featured in Marina and The Diamonds music video ‘Blue’. I’m looking forward to working on two further public-realm commissions which I have in the pipeline for later this year. Have you taken part in any projects/collaborations/exhibitions over the past year?
This year has been very rewarding with invitations to take part in projects, exhibitions and commissions. It’s felt very organic and natural, where things have come about through dialogue and showing.

I’ve been creating lots of work since graduating with exhibitions including Standpoint Gallery (London), LIMBO, (Margate) and Updown Gallery (Ramsgate). As part of the LIMBO work, I undertook research and development at Hornby Toy factory before its relocation, which felt like an end of one era and the start of a new one.

One of my many highlights in the year was launching a collaborative limited edition Risogragh book ‘The Path That Runs Across’ with fellow artists Michaela Nettell and Nicholas Cheeseman, at Chelsea College of Arts this summer. It brings together documentation from our 2014 show at Bond House Project Space, London, with newly commissioned texts by writers, our artist’s correspondence and literary excerpts from Louis Marin’s lectures traversières, Stephen Willats’ Beyond the Plan and Johnson’s PhD thesis On Heterotopia, amongst others. The publication traces the project’s many and wandering lines of enquiry, exposing tensions between the desire for and the repression of nature in the built environment. I’m delighted that our book is now catalogued at Chelsea College of Arts Library and will soon be catalogued across all UAL libraries.

I’m currently doing research and development on Project Motorhouse in Ramsgate, mapping Ramsgate’s social history from the dawn of the camera, in archiving and celebrating local history. I’m leading on the photography workshops with young teenagers, in response to the Sunbeam photographic archives.

I’m also working on collaborative events including The Art Car Boot Fair, Margate Edition, with Turner Contemporary, alongside a variety of artists including Gavin Turk, as well RESORT REVUE at Resort Studios, as part of Margate Tribes Festival. I’m also preparing for an exhibition LIGHTWAVES and a salon discussion ‘The Evidence of Presence’ organised by ideas-matters-sphere, with forensic photographer John Smith. We’ll be investigating the evidence of presence through our very different practices at The Devereux, London, in October.

My main focus at the moment however, is my upcoming public-realm commissions, one in London and the other in Margate. It’s all about research and development of ideas, in the lead up to production and installation. Is there any advice you would like to give to our current or prospective MA Fine Art students?
Be open to new things in your practice, listen to everything, question everything and follow your instincts. Take risks and push yourself to places where you never thought possible. If things don’t work out as you’d hoped first time or second or third, learn from them and take a different tack, and another if necessary. These unexpected twists and turns can make for rich experiences and outcomes. The adaptions and flexibility invariably makes the journey an interesting and dynamic one. 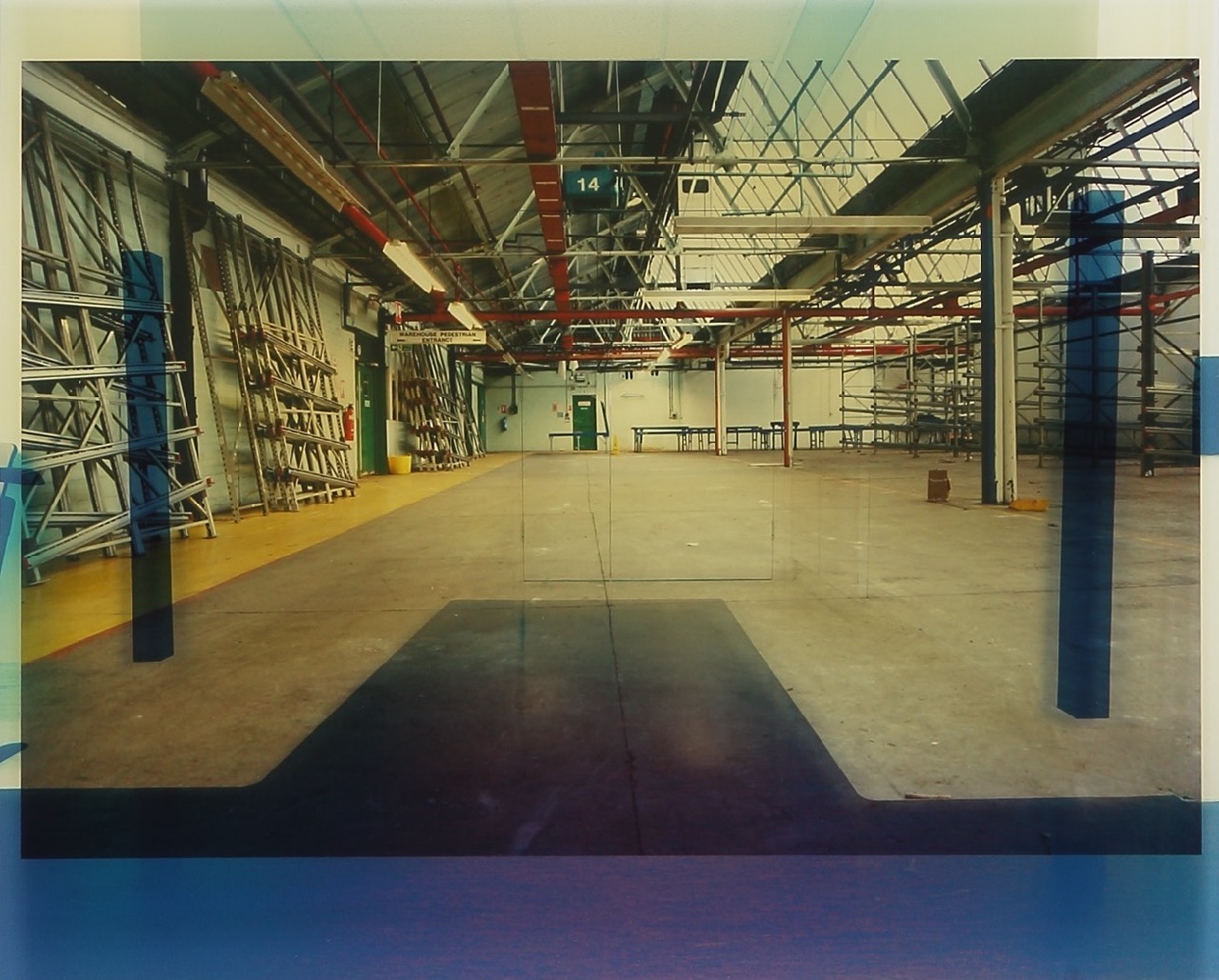 For more examples of Rachel’s work, check out her website.

Find out more about our MA Fine Art course and our MA Summer Show.