We continue our One Year On interviews with news from MA Fine Art 2014 graduate Lance Hewison, originally from the U.S. and now settled in Berlin. Lance tells us about expanding his practice at Chelsea, moving to Berlin and starting a new journal which includes work from a number of his Chelsea MA Fine Art peers around the globe.

How did you find the Summer Show experience last year?
It was the best time of my whole experience at Chelsea. The lead up to the show was great fun. The weather was warm and all the students would hang out around campus, helping each other with projects, talking shop and generally have a fantastic time together. There was a real sense of camaraderie, which was very special for me.

We were given studio spaces which we could transform however we saw fit. I created a project that I was quite proud of in the end. My show was loosely based around the life of Alan Turing and contained video, sound, installation and performance. These were all areas into which I had never before delved. Before Chelsea, I identified mostly as a realist painter. When I left, I felt I had expanded my practice to a large degree and opened new possibilities for things to come.

It has been one year since you graduated – what have you been up to?
Two months after graduation I wistfully said goodbye to my London life and settled in Neukölln, which is an exciting and colourful borough of Berlin. The joys of learning the German language have occupied copious amounts of my time since I moved here.

On the positive side of things, I have memorised several Kraftwerk and Marlene Dietrich tunes by heart, and I have had a growing love affair with the poet Rainer Maria Rilke. I intend to do a performance piece around his poem Der Panther. His work reminds me to keep at it. German can be devastatingly beautiful. 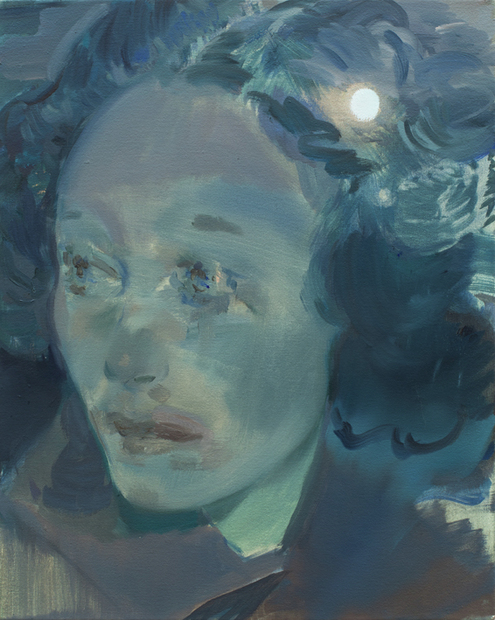 How has your practice developed since graduating?
I have written poems, filled my laptop with an unimaginable amount of photos and also created some video and sound recordings of myself attempting to speak an intelligible level of German. I would say that is my practice now—a new obsession with shaping words and sounds. How exactly this will translate into pieces of work I still do not know.

I also began a new art journal here in Berlin titled Ötherlanders. It features original artworks, poetry, short stories, and interviews. People from all over the world are involved, including several fellow alumni from Chelsea. I have been sitting on this project for a long time, but I am happy to share this preview of what is to come in early autumn.

Is there any advice you would like to give to our current or prospective MA Fine Art students?
Yeah. Understand that art school is a place to play and explore. Try not to become laden with a sense of obligation or the desire to please others. Those art students who moan about writing thesis papers or whine after unfair critiques are so tiresome. I should know because I’ve been that guy on my off-days.

But really—do what turns you on. Maybe that is simplistic advice, but I think it helps to remember that any kind of institution you choose to be a part of is, on some level, really only an effort to understand more about what gets you going and how to express that in the most direct way possible. And tapping into that seems a vast, imposing, seemingly impenetrable wall sometimes. But isn’t it also exciting to give it a try and see what happens?