Visitors to Chelsea College of Arts this month may have been intrigued by the presence of a shipping container on the Rootstein Hopkins Parade Ground, unaware that it is, in fact, part of a project which provides an unlikely but ingenious solution to a global problem.

This unassuming structure is Life Boat in a Box: a portable lifeboat station whose interior has been installed by Chelsea’s Interior and Spatial Design students, mentored by Robin Jenkins, Senior Lecturer in Interior Spatial Design. On display throughout the installation works, this project has offered Chelsea students a chance to design and build the elements required for a lifeboat station and to experience firsthand the possibilities for social transformation through art and design.

The project is the result of ongoing work that began in Japan’s tsunami effected region on the North Eastern Coast: in 2014 Jenkins was invited by Future Lab Tohoku to visit the city of Kamiashi, the first hit location by the Great Eastern Earthquake and Tsunami of March 11, 2011. Digital renders of early designs for the Life Boat in a Box by student Victor Polyakov.

Speaking about the trip, he explained: “It was the intention to become familiar with the region and the local communities with the ambition of identifying problems and considering solutions to help heal the damage caused in such a widespread fashion to the region. During this stay I heard a story that left a lasting impression. On the evening after the tsunami had passed, the survivors went to look to find others. They walked the coastline looking for anyone who may have been stuck, lost or injured. What they witnessed is beyond most people’s comprehension. During the search, they could hear the sounds of those who had been washed out to sea, screaming and crying from amongst the freezing cold debris.”

Knowing there was nothing they could do for them, the rescuers remained on the beach listening to the cry fade as they perished. Listening to these stories, Jenkins, who is also a volunteer with the RNLI on the River Thames, considered that if Japan had had such a service, hundreds of lives could have been saved that night. “This story unsettled me so much that I began to wonder how to stop it from ever happening again.” He explains. “Unfortunately there is no one solution. However, taking from my experience as a voluntary lifeboat man with the RNLI and an ex-alumni of the United World College of the Atlantic, I could imagine one way of helping.”

“Coastal security in Japan is mainly provided by the national Coastguard, who offer ships and helicopters. So I proposed to construct a prototype lifeboat and ship a part of British coastal tradition to Japan. We have now built the boat, but needed to resolve how to transport it and where will it stay when it arrives: Lifeboat in a Box was the natural next step to this project.” 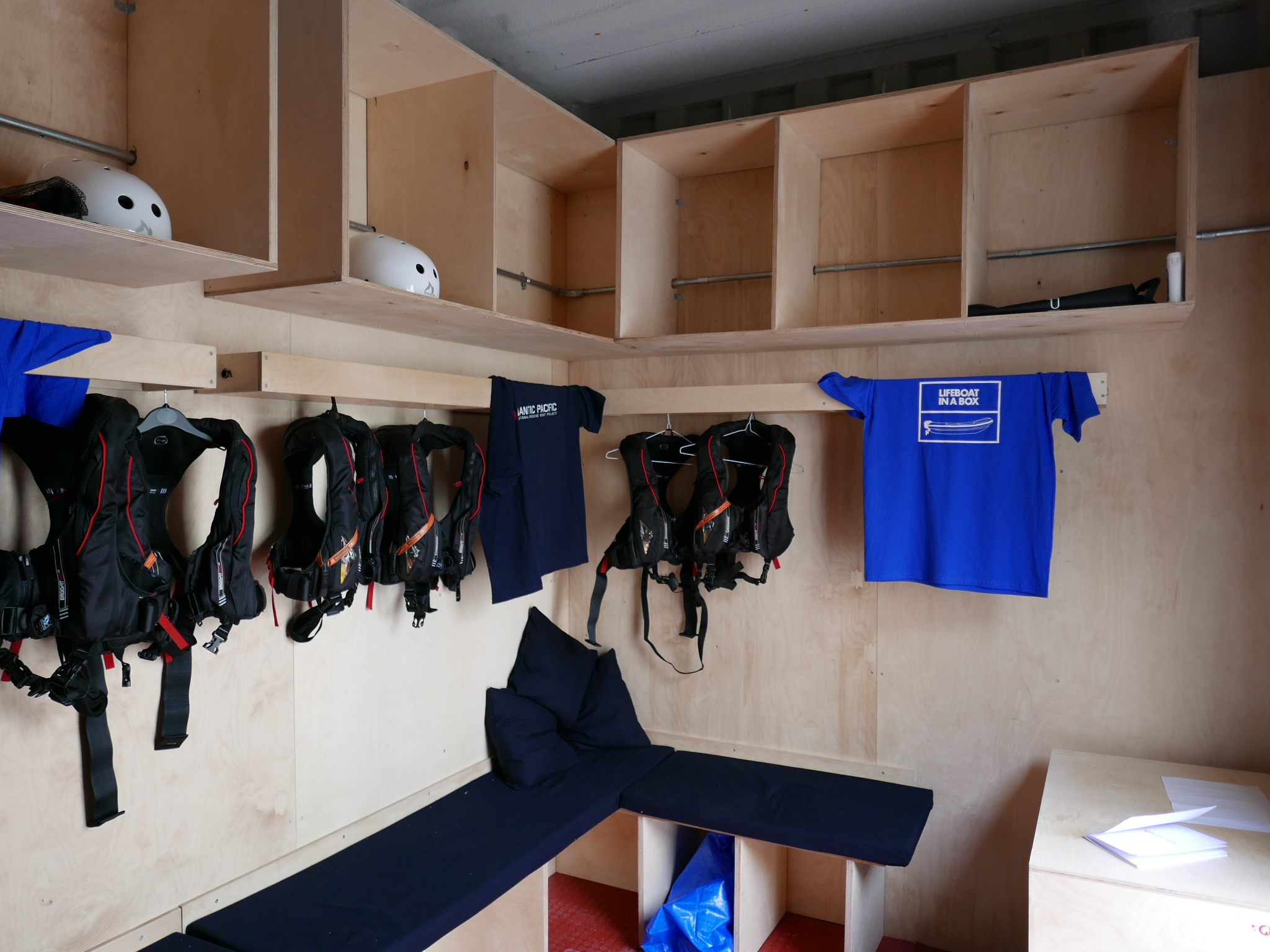 This month, a group of Chelsea students, working with Atlantic Pacific International Rescue Boat Project (APIRBP) and UWC Atlantic College in Wales (birthplace of the Rigid-Hull Inflatable Boat – known as a RIB), have taken part in the development of Lifeboat in a Box – the first prototype produced with a view to establishing funds to take the project beyond Japan to other locations that could benefit.

Students have had to consider what is required for such a facility, designing and constructing the fit-out of a 40ft shipping container as well as planning its external appearance to present it in a global context. The container features a workshop for fixing the RIB, a changing facility for the crew and the bespoke RIB that UWC Atlantic College students are currently designing and building. On 7 June, following its display at Chelsea, the Lifeboat in a Box will be collected and delivered to Kamaishi, Japan in August 2016, where Jenkins and Atlantic Pacific International Rescue Boat Project will oversee the training of local Kamaishi residents on how to operate the Lifeboat station and RIB. “The project will allow those who work on it, and the public who view it, an insight to the specific and detailed world of designing for disaster. In fact, the concept has opened up a whole range of possibilities, and we’re now looking at the world and not just Japan.” 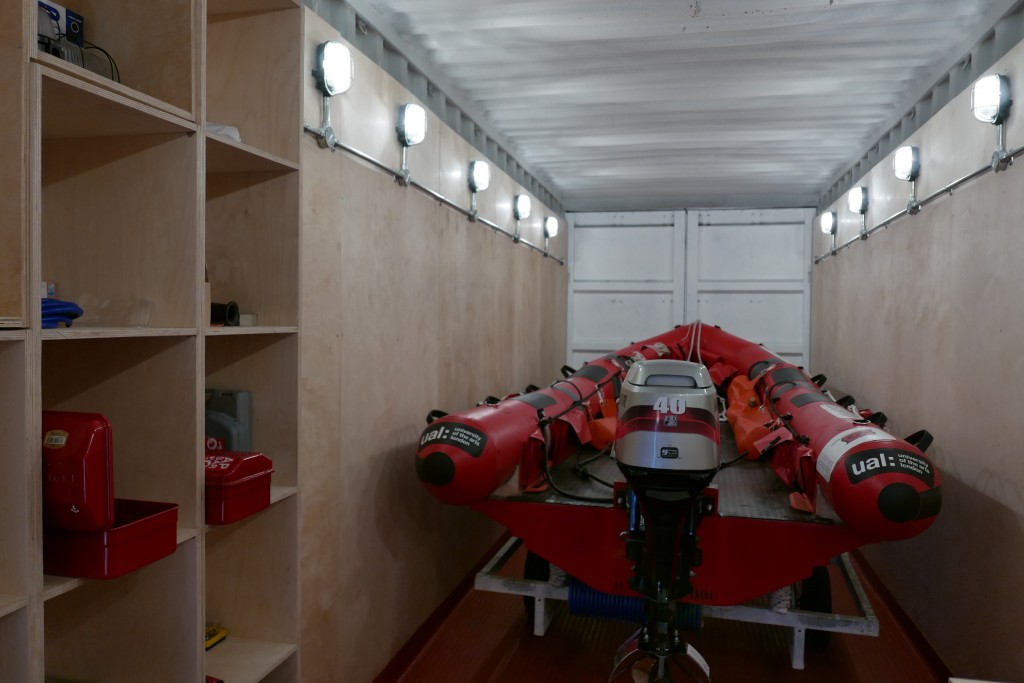 Indeed, work of lifeboat crews in crisis zones has become more high profile in recent months, as Syrian refugees and migrants landing on Greek islands have dominated international news stories. At the end of 2015, Jenkins joined Atlantic Pacific International Rescue Boat Project when it engaged in its first active project during the Christmas period by providing a small boat to assist in this refugee crisis unfolding in the Aegean Sea.

Jenkins recalls: “Red Mist, a 3.5m RIB built at UWC Atlantic College was donated to a local lifeguard team and I joined the boat to train the team how to operate a rescue vessel. We will continue to provide support for the refugee crisis and I have recently returned from Lesbos having spent two weeks skippering a boat for the German charity Sea Watch. We will continue collaborating with them and another organisation from Germany, Cadus, in providing boats and crew.”

Lifeboat in a Box may be the first of its kind, but is unlikely to be the last. 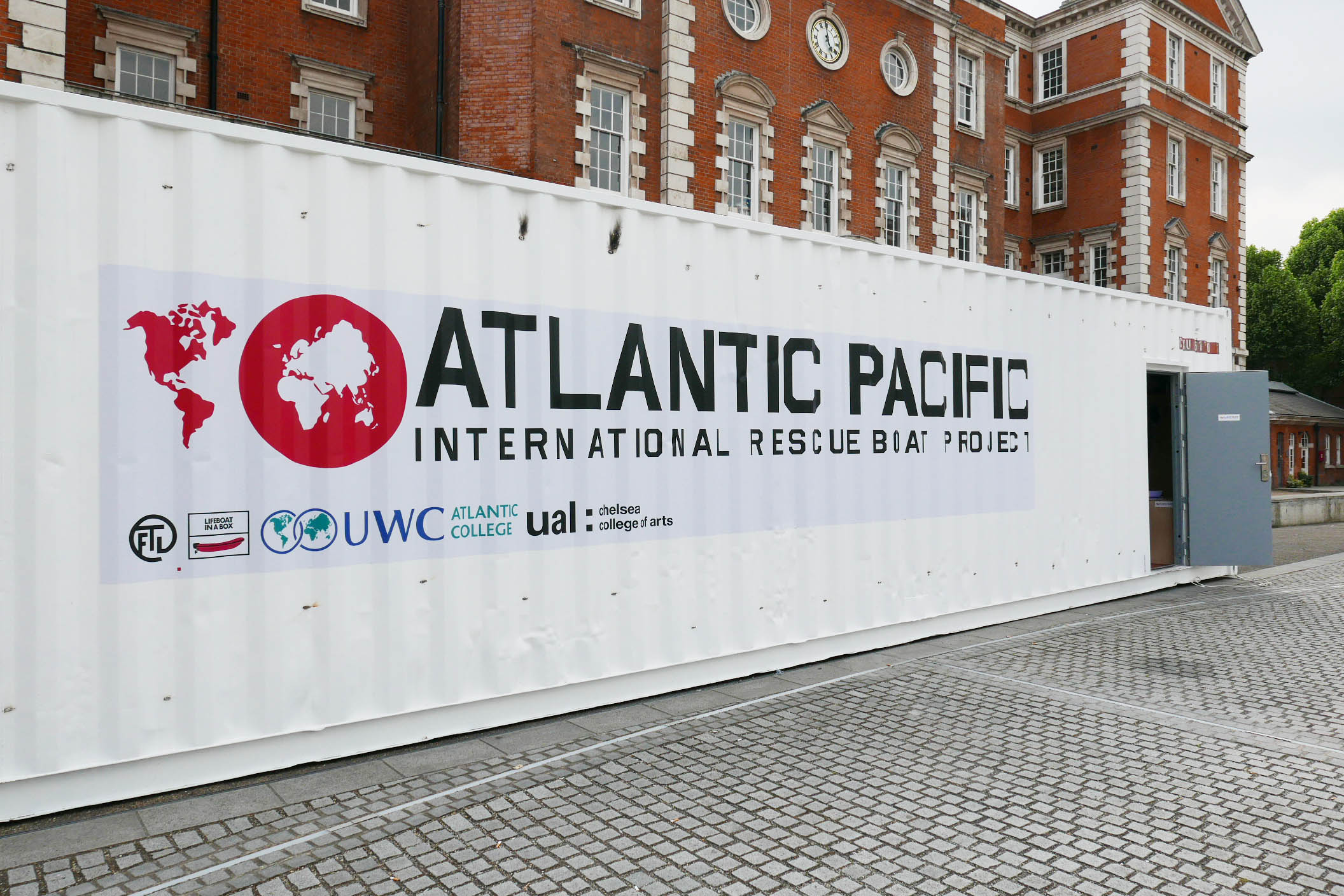 “This is a project that we hope to grow around the world, looking at crises in situations that could use a boat. We hope to deliver containers and training to areas that are most vulnerable to disaster, so that when the unbearable strikes, there is something to help.”