James Richards: Requests and Antisongs at the ICA

Requests and Antisongs, a solo exhibition by British artist James Richards has recently opened at the Institute of Contemporary Arts (ICA) in London.

Since studying Fine Art at Chelsea College of Arts, James Richards has gone on to be shortlisted for a Turner Prize (2014) shown work at New York’s Museum of Modern Art, be represented by galleries in both London and Istanbul and has developed an international reputation for making open, sensitive and intuitive work.

He follows in a long line of Turner Prize nominees and winners that have studied at Chelsea which includes Anish Kapoor, Steve McQueen, Richard Deacon, Chris Offili, Gillian Wearing and Mark Wallinger. He is nominated for the 2014 prize for his film Rosebud, which featured in The Encyclopaedic Palace at the 55th Venice Biennale. 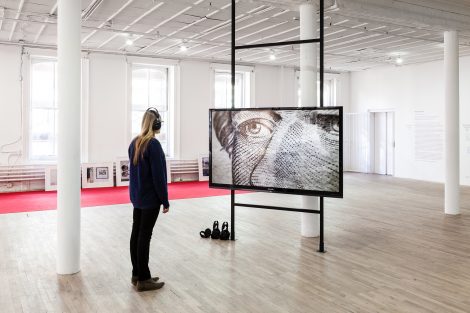 In Richards’ work, images and sounds are merged into highly affective video works that combine footage from a wide range of sources edited into elegant compositions. His recent projects separate these elements out again, allowing space for multi-channel audio installations that combine sound in a way that is physical and spatial. The video works convene materials according to the silent rhythms and movements of the footage they contain.

In Requests and Antisongs, Richards presents three works which continue an ongoing exploration of the emotive power of appropriated digital video. The works on view are produced separately but conceived as a suite, containing overlapping samples and musical parts iterated or reworked into different forms throughout.

Crumb Mahogany (2016) is a six channel sound installation that moves across a wide range of genres and musical languages – from rhythmic passages and sections featuring a vocal trio, to sequences built up from field recordings and incidental sound, resulting in a kaleidoscopic and highly cinematic sensorial experience.

Drawing on the same set of vocal recordings, the works Radio At Night (2015) and Rushes Minotaur (2016) are also presented. These works combine footage from newscasts, medical documentaries and French erotica as well as the ICA’s own archive of video documentation, into a lyrical meditation on the body as a site for the flow of material and sensation. 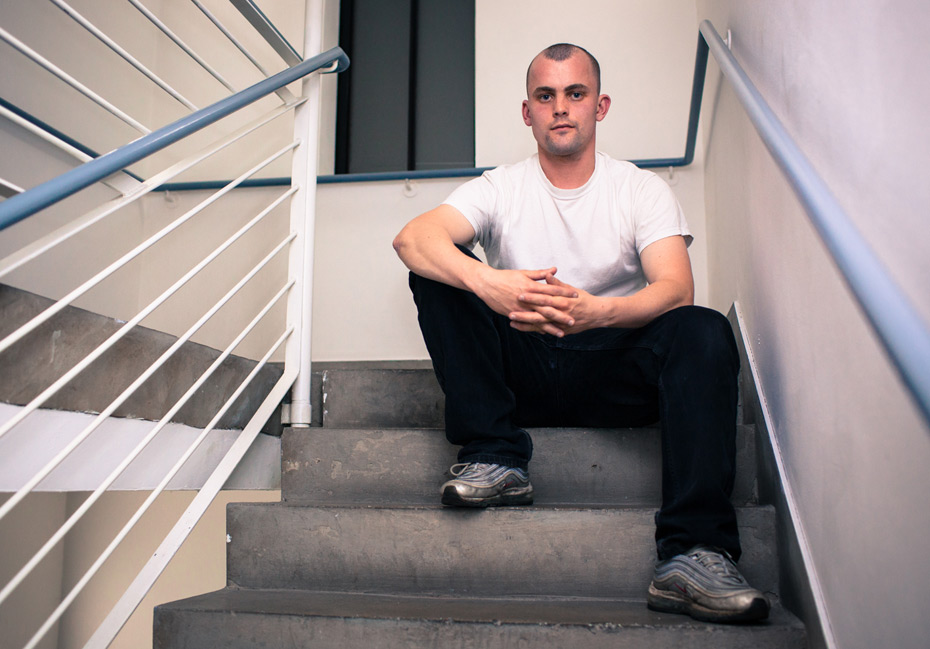 Co-commissioned by Bergen Kunsthall, ICA London and Kestnergesellschaft, Hannover, where the exhibition travels throughout 2016-2017. The exhibition is reconfigured and adapted for the particular architectural environment of the galleries in each institution.

James Richards: Requests and Antisongs at the ICA

Find out more about BA Fine Art at Chelsea

Find out more about MA Fine Art at Chelsea