Writer, curator and eminent voice on the subject of artists books, Clive Phillpot has a long-standing relationship with Chelsea College of Arts, which began in 1969 when he arrived at Manresa Road for an interview for the post of librarian.

Having got the job and expanding Chelsea’s art books collection, he later became the director of the library at MoMA in New York and mapped out the field of artists’ books from an institutional point of view. Working with Printed Matter and Franklin Furnace as well as other New York organisations dedicated to the medium of the book, Phillpot has “helped raise awareness of these works, while giving them the necessary credentials to enter museums” (Introduction to Booktrek by Clive Phillpot, 2013).

He will be returning to Chelsea in January 2015, following an invitation to curate an exhibition at Chelsea Space taking the college’s Special Collections as its starting point.  When we met to discuss the show, it seemed that he had some ambitious ideas.

The resulting exhibition is In Peril on the Sea: Sailing Ships, Stormy Seas, which opens next term and promises to be an immersive environment that includes works that evoke ocean air and turbulent waves. 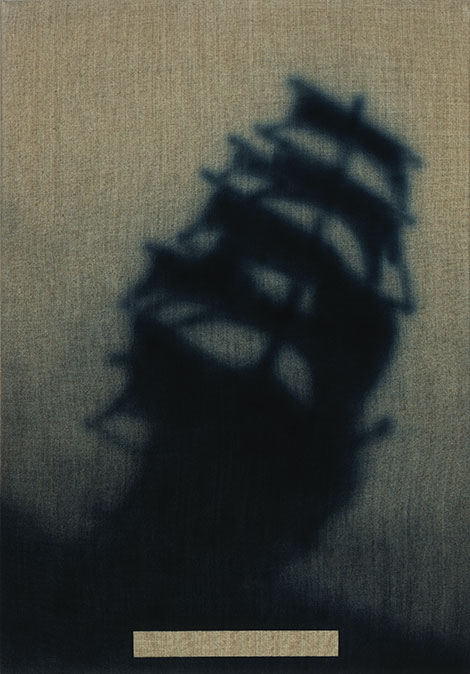 The lynchpin of the exhibition will be Belgian post-surrealist Marcel Broodthaers’ mysterious book ‘A Voyage on the North Sea’, which was originally published alongside a four minute film. Both entities were comprised of 19th and 20th century nautical images including photographic reproductions of an amateur ‘grand master’ painting along with a photograph of a contemporary sailboat. These will be displayed in the gallery amongst paintings and images of sailing ships in stormy weather.

“I want some real paintings, as well as posters and work by contemporary artists.” Clive explained. “The focus is on Broodthaers but Laurence Weiner will have a corner too –I hope to feature his graphic ‘We Are Ships at Sea Not Ducks on a Pond’ and Ed Ruscha, who has done a stirring print of a galleon which we would like to borrow for the show.”

Work by these artists, mixed with reproductions, facsimiles and digital projections of pieces from the National Maritime Museum in Greenwich that would otherwise be inaccessible, artist’s books by Elizabeth Tonnard and Helen Douglas and items from the Chelsea Special Collections will also sit alongside non-art elements such as lobster pots, the sounds of sea and wind, and a small boat.

As a whole, Clive hopes that the exhibition will become an environmental experience: “We will have white stenciled words scattered on the dark green walls with dribbling paint, as if seagulls have recently visited! I hope your feelings will be engaged when you visit the show. I wanted to use the space creatively and not as a clinical display of art historical documentation. I have done other shows which were more confined and in traditional formats but because this is an experimental gallery thanks to Donald (Smith, Director of Exhibitions at Chelsea Space), I’m able to do things that other galleries wouldn’t encourage.” Clive Phillpot handling some of Picasso’s works and materials in The Museum of Modern Art Library New York, 1990.

Inspired by the precedent of artists setting up their own museums, Clive looked at Broodthaers’ work ‘The Museum of Modern Art, Department of Eagles’ which made several appearances internationally in the 1960s and ‘70s and ended up even borrowing a work from the Louvre for display.

“He started with postcards in the first one as he wasn’t in a position to borrow any original art” said Clive, describing how the posters he hopes to include in his exhibition draw a parallel with this work.

Clive originally started out as a medical student, and used to visit galleries near Marble Arch when studying in London. This was how be became more and more immersed in art and the European Avant Garde. Having dropped out of medical school, he trained as a librarian and knew he wanted to work with the visual arts. I asked him if his pioneering work in artists’ books came simply from a combination of his interests in libraries and artworks. “I think it originated in my dissatisfaction with documentation of art in book form at the time.”

Indeed, throughout his career Clive has been instrumental in establishing cultural and institutional appreciation for the form. As well as being one of the organizers of the first international conference of art librarians in the 1976, Clive’s first job at MoMA was to plan the new library for their expansion in the early 1980s. Meanwhile he built on their existing Dada and Surrealist collections and by the time he left in 1994 had established a solid collection of documentation of conceptual art.

Since then he has returned to the UK, working as a board member and advisor to various cultural organizations as well as publishing his book Booktrek and curating exhibitions internationally. He talks particularly fondly of an exhibition at the Centre Pompidou in which he collaborated with Gustav Metzger and three friends entitled Voids, A Retrospective. This celebrated and restaged past exhibitions, which had themselves been empty: “The whole of Paris turned out and there was nothing there, and they enjoyed themselves immensely!”

In 2013 he became an honorary fellow of University of the Arts London, of which he is extremely proud. For the Chelsea Space exhibition, he will be working with Chelsea’s MA Curating and Collections students whose input will be included in the show and the accompanying publication. 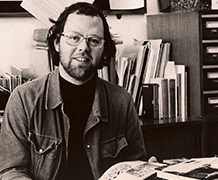 “The students have particular skills,” he said. “So far we have discussed introducing olfactory elements, as well as an element which is almost like a disco ball; some students are also very skilled at finding other sources of books and using the collections and archives to find relevant material.”

These students, who exhibit at Chelsea Space year-round as ‘Exhibition Studio Workshop”, will also have about a page each in the publication to submit a text or image. “I’m not looking for poetry” said Clive, “maybe factual material, or linear stuff. Abstract text – text work. It will be a collaboration”. This will be published alongside an interview with Clive.

Returning to the subject of the show, it’s clear that Clive is really enjoying making connections between the practices of many different artists that he has long admired. “The images in the show have really spoken to me. And I also would love to include a collection box for the Royal National Lifeboat Association” he said “John Lennon once did a gallery exhibition of charity collections boxes, so there’s an art precedent for that, too.”

In Peril on the Sea: Sailing Ships, Stormy Seas runs at Chelsea Space from 28 January – 20 March and the private view takes place on Tuesday 27 January 2015, 6-8.30pm. To find out more about the exhibition, its associated events and gallery opening times, visit our Chelsea events page.

To find out more about studying MA Curating and Collections at Chelsea College of Arts, please visit our course page.