As part of our In The Workshop series, we check in with Nikoleta Martjanova on BA Fine Art, in the last few weeks leading up to the undergraduate summer show. Nikoleta tells us about her practice and how she is making the most of Chelsea’s 3D workshop facilities, especially the foundry.

What are you currently working on in the workshops and what specialist facilities are you using?

Right now I am casting four bronze sculptures in Chelsea’s foundry using the lost-wax method. They are for my degree show installation. 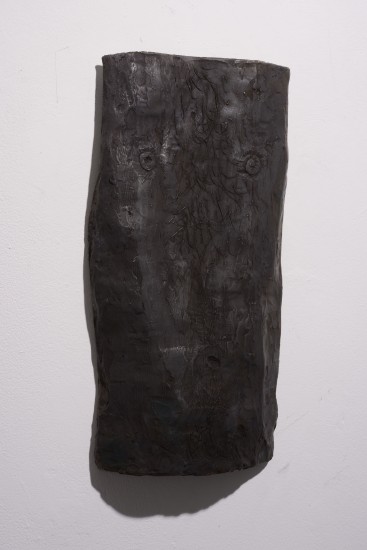 The trunk of a human body – Nikoleta Martjanova

Casting bronze with the lost wax method is a lengthy and labour intensive process in which a mould material is invested around the original wax sculpture, before the wax is burned out in the kiln for 48 hours leaving a negative space into which the bronze will be poured. Things may go wrong at any stage, from an insufficient runner and riser system through which the bronze runs and rises, pushing out gasses, to the wax original being too thin to let the bronze run through the negative space, to the mould collapsing internally and losing the original negative space, or moisture getting into the mould and creating a small explosion in contact with the bronze.

It is incredibly exciting to crack open the mould as it’s like an adult version of a Kinder egg. The bronze is cleaned of debris before the risers and runners are cut off and ground away. Patination is the next step, which is a process of applying chemicals and heat to achieve a certain colour.

Bronze casting is a fascinating and complicated process, which is increasingly disappearing from foundries in general, as the focus goes on more cost effective and less time and labour intensive materials. 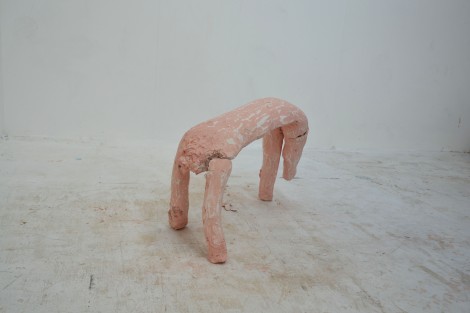 Have you been working with a particular technician? If so how have they helped you develop your work?

I have been working with foundry technician John Nicoll, who has advised me on the technical aspects of bronze casting every step of the way. John has pointed me towards other interesting bronze artists. John also has a great sense of humour.

Necole Schmitz, who graduated from MA Fine Art in 2013 at Chelsea, is the current foundry fellow and a technician. She makes very interesting work in bronze, some of which is actually meant to be handled! Katrin Hanusch, who is also a current fellow at the Chelsea foundry is working on ultra-thin bronze casts.

It nice to see the final pieces, but for me it’s been more fascinating to see the starting points of other artists, including the foundry fellows. Not all originals are made in wax. It can start with any vegetable matter that can burn out, so the possibilities are endless. 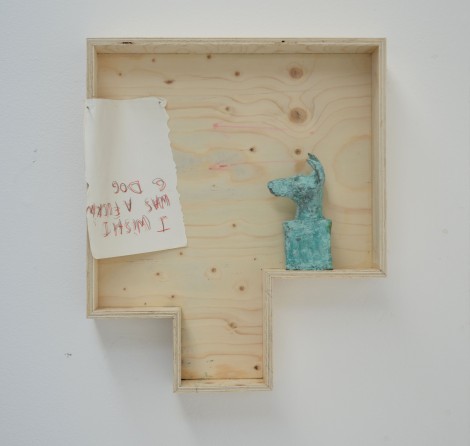 I wish i was a fucking dog – Nikoleta Martjanova

You can follow Nikoleta on Instagram, where she posts work in progress and other things that catch her eye @nikoletamartjanova