Having just graduated from the Graduate Diploma in Fine Art, Annabel Ludovici Gray takes time out to talk to us about how she moved away from the usual ‘white cube’ studio space for the recent Undergraduate Degree Show and her plans to continue her work by doing the MA Fine Art at Chelsea.

Describe your experience at Chelsea in 3 words:

Please tell us about your work over the last year:

Using Chelsea’s resources and workshops from film to woodwork and ceramics gave me the opportunity to develop in areas of particular interest. The in-house and off-site exhibitions built into the programme have allowed me to explore areas moving towards a more personal and immediate concern. The works have culminated in a use of ready made objects representing female forms and vulnerability. The most exciting realization was the fact my work has become completely unrecognisable to myself and from where I began eight months previously. I have concluded that the site-specific piece at the off-site group exhibition The Safehouse, Peckham, was my turning point.

Please tell us about your work for the final show:

For my end of year show I took myself out of the studio and away from my familiar comfort zone. Looking beyond the given format, I made independent decisions regarding alternative space which had potential and was different from the ‘white cube’ studio space. I discovered interesting architectural possibilities within the Chelsea site that could house my work. In the final show, the work and the location of an historical architecture space become one, a site-specific piece. During the making of the work, the history of this former not necessarily very different since its own construction, played on my mind:the space and piece of work lent itself to the environment which had its own intimacy and curiosity. Thus the work made ‘in situ’ continued to be centred around my interest with the human form, its suggestion of the fallen and vulnerable female. The materials employed were natural  fibres, namely cotton, sodden straw and soil. The searching concluded in a degree show of my year’s journey and this particular site-specific piece was able to be returned to the earth as decomposable matter. 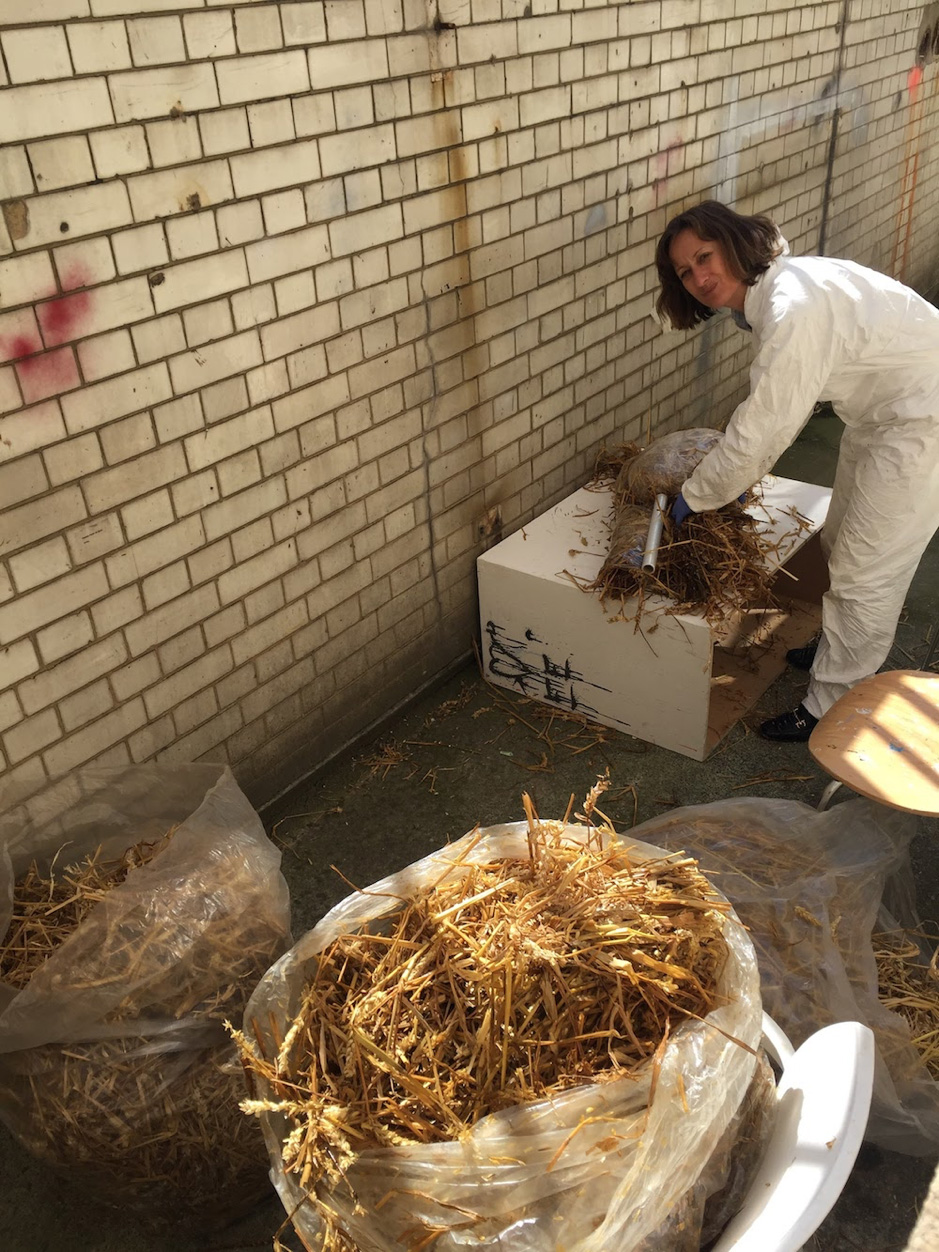 What was your greatest challenge in working towards the degree show?

I concluded I had arrived at a new departure and sticking with this was a challenge itself. The journey I had experience had been bumpy, with much risk-taking and all the while feeling totally out of my usual area of comfort. Throughout times of doubt and questioning, I always came back to the point of reference that it was a privilege to be doing and indulging in what I considered to be a pleasure, no matter how much I may wrestle with its complications. If it caused me much self-doubt, the outcome had to be good: perseverance and belief were crucial.

What do you see yourself doing after you graduate, what are your career ambitions?

The Graduate Diploma in Fine Art course enabled an advantageous and necessary year for me to gain worthwhile experience required to progress in contemporary art thinking. The supportive theory and key lectures as well as resources have allowed development. The validity of this course can be used as a stepping-stone to arrive ready to meet the demands of the next level. I start the MA in Fine Art next year and from there my potential as an artist to really begins. 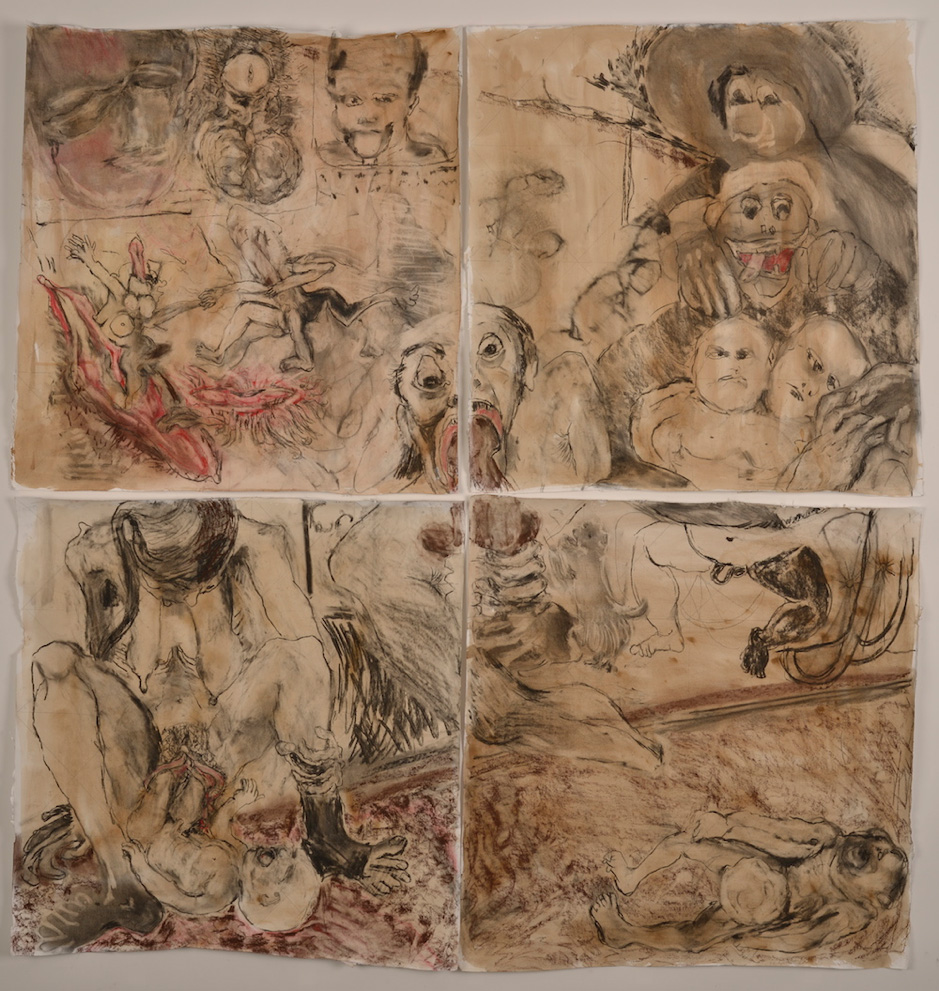 What have you enjoyed most about studying at Chelsea?

Having spent years away from the making of art, The Graduate Diploma in Fine Art at Chelsea has enabled that thinking and doing with my hands to finally come to fruition. The supportive theory and key lectures as well as resources have allowed me to develop my own critical thinking and my place in the contemporary art world. The location of Chelsea’s site cannot be overlooked; this particular plot alongside the river Thames and Tate Britain is hugely steeped in a fascinating history. How many other art colleges in the world can claim to have their lecture theatre situated above ‘the morgue’! 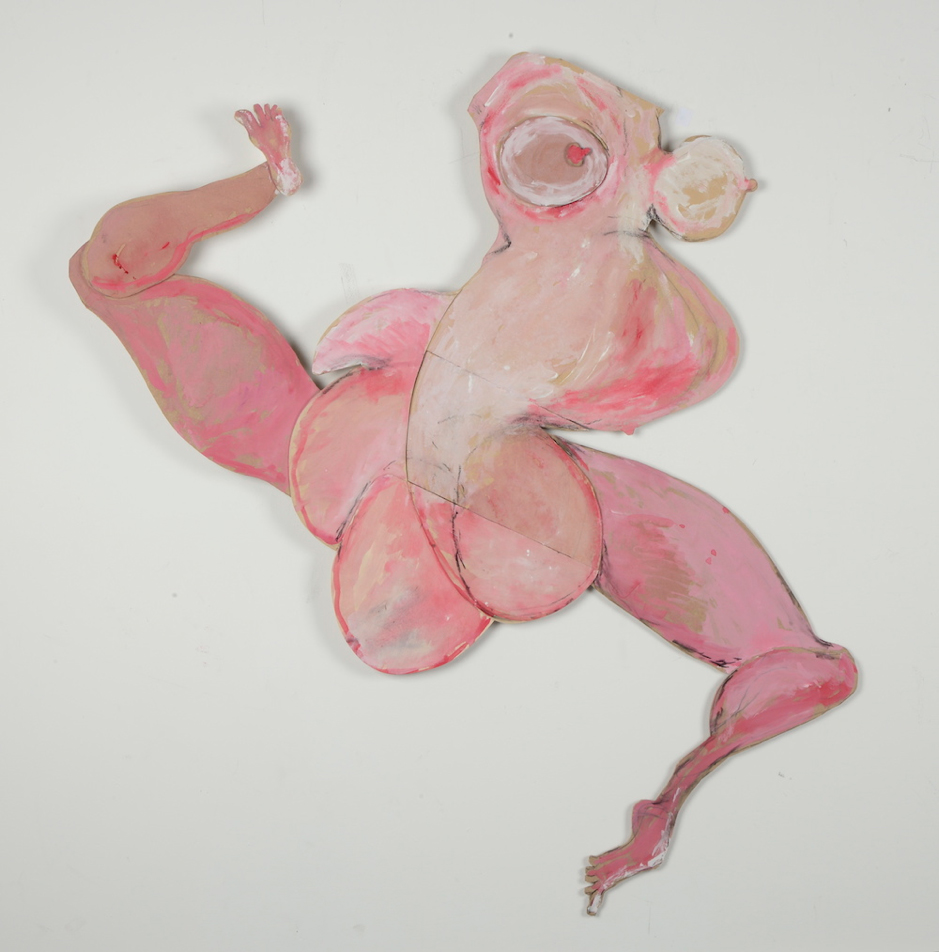 What have you most enjoyed about the area around Chelsea? Any tips?

I enjoy the freedom to cycle around London and therefore the central location of Chelsea in the heart of London is a real advantage as a place to work in the studio. From here it’s quick and easy to take the tube to galleries in the West End or the East to Shoreditch. The immediate area of Chelsea is alive with activity in the sky, the roads with neighboring Westminster and the Houses of Parliament and the busy River Thames. If inspiration in the studio is flagging, it’s worth taking the Tate’s River Boat from Tate Britain to Tate Modern from the doorstep of Chelsea.

What would you say to someone who is thinking about doing your course? Any advice?

Don’t waste time considering, get on and apply; nothing ventured is nothing gained! When you arrive, be prepared to hit the ground running.