In the Beginning: Neneh Brathwaite – BA Interior and Spatial Design

Having grown up in West London, Neneh Brathwaite, did her A’levels in Art, Photography and Psychology. During this time, she took part in the AttRAct scheme at the Royal Academy, involving activities from hands-on workshops to guided tours; this allowed students to explore the areas of art and architecture. While a lot of her work was fine art based, Neneh wanted to pursue her interest in architecture further, something she had been doing through her photography. This passion bought her to Chelsea where she is currently on the first year of the BA Interior and Spatial Design course.

What was your educational background before Chelsea?

For A’Levels I studied art, photography and psychology and at GCSE I studied art, textiles, history and Spanish. I didn’t do a foundation, because I knew exactly what I wanted to do. I also took part in external activities, like being part of the AttRAct group at the RA (Royal Academy of Arts), where I was able to build up my portfolio through life drawing and other workshops. My art teacher in 6th form picked 2 people from my class, so it was quite a small group and only certain 6th forms in London attended.

The AttRAct scheme was for a year. You get the RA card which gets you free entry into the exhibitions, which has been really handy, and they renewed it this year which is great. You get to look around the schools at the RA, it’s mainly postgraduate students and there are practicing artists coming in who you can talk to. You get a real sense of the academy.

Did the scheme influence your choice of course and what you wanted to do?

I think building up my portfolio and trying different skills definitely helped. We did print making, life drawing and stuff like that which I didn’t have access to in my 6th form.  A lot of the work I had done has been fine art based rather than architectural, but through photography I have focused on buildings and architecture in that sense.

Based on that, when I went on holiday this year, I opted for somewhere where I could look at the architecture a well as have time to relax, so my friends and I went to Barcelona. As well as this, my dad took me to Milan after my exams and for our family holiday, we went to Madrid. That was a lot of me dragging my parents and sister around and saying I want to see this and that. My dad doesn’t mind, he left me to organize things, but my mum and my sister just wanted to relax!

I enjoy travelling and experiencing other cultural architectural responses, it’s a really good way to get inspiration.

I spent time in the Gothic quarter which is a lot of really narrow, dark streets with tall, looming buildings. As much as I liked the architecture, it made me feel quite vulnerable and lost, because it creates a sort of labyrinth of buildings. However, I also looked at Gaudi’s work (such as Casa Batllo and Casa Mila) which are bright and colourful; it’s a real contrast and its really amazing work. 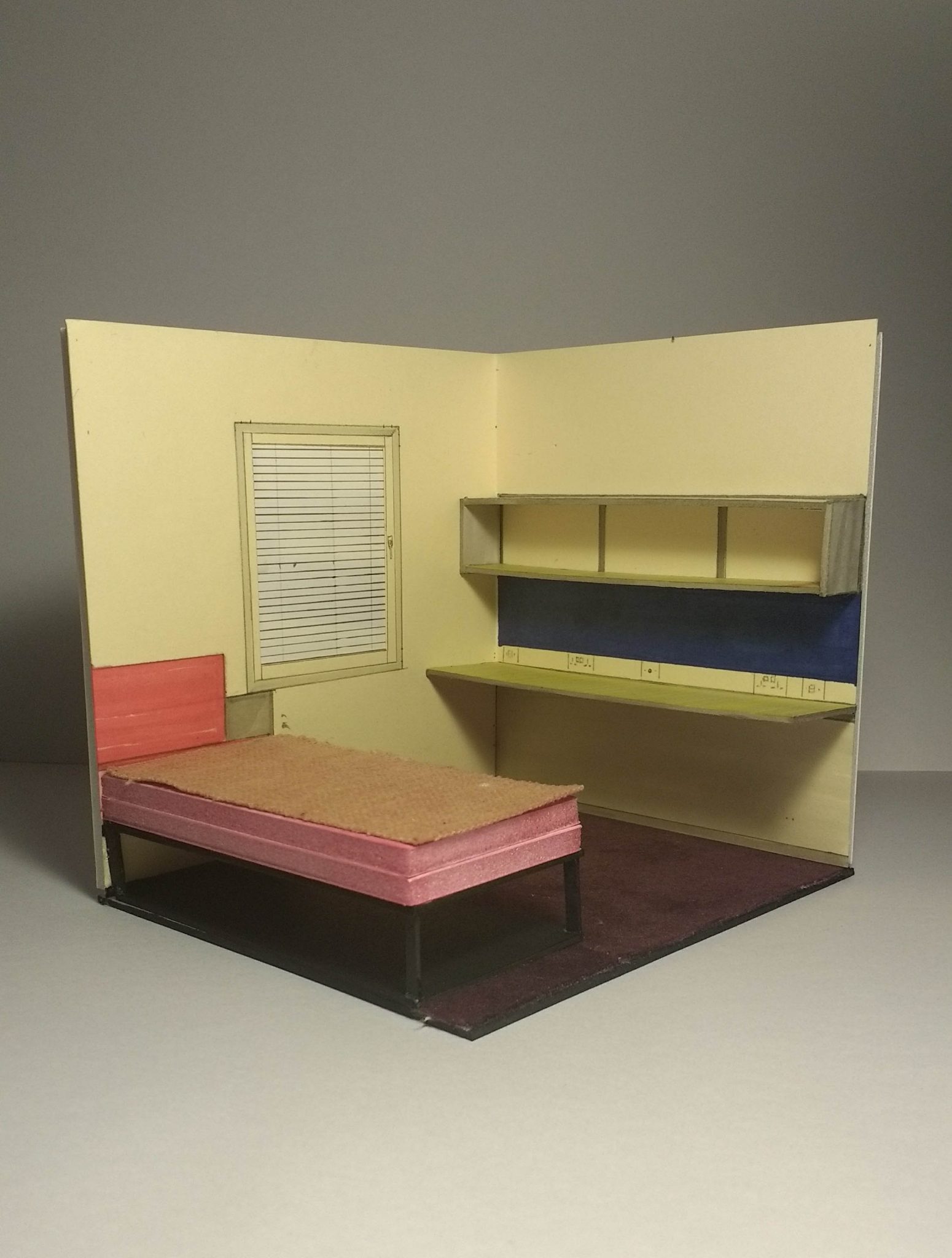 What are your main areas of interest? Is it Architecture?

The history and theory lectures we are doing up until Christmas it is about private spaces in the home which is more of my interest. I had a conversation with one of my friends about how, where we normally live, our houses are quite cluttered (in a cosy way) with lots of carpet, sofas and trinkets, and it makes the place feel small and crowded.

I think if I was designing I would go for a very minimalist, hidden storage approach. The main reason I moved out [into halls] was so that I have space to work, because I didn’t have that much room to spread out, and when everyone keeps coming in you can’t concentrate. Also, I have 2 cats and they run around everywhere and they like to roll around on my work!

How have you found being in halls of residence?

Yeah, it’s pretty good. My room, I feel, is bigger than I thought it would be and I have a proper desk I can use which is good! There are six of us but everyone is really quiet so I have no issue with noise and people getting in my way. Being able to spread without being had a go at for making such a mess is good!

What halls are you in?

Manor Ash, in Southwark. Location wise, it’s probably the best location I could chose because its right by the Tate Modern, its literally a 5 minute walk. On top of that everything is really easy by bus. I work in Covent Garden and I could walk it, but if I’m running late and especially coming back (at night) I will get the bus, its only like 10-15 minutes, it’s not far. St Paul’s is also really close, just going into central is so easy and it makes London feel really small, which is really strange because it is massive! Where I am everything seems really close. I am also near LCC so if I ever need to use their library it’s just right there. 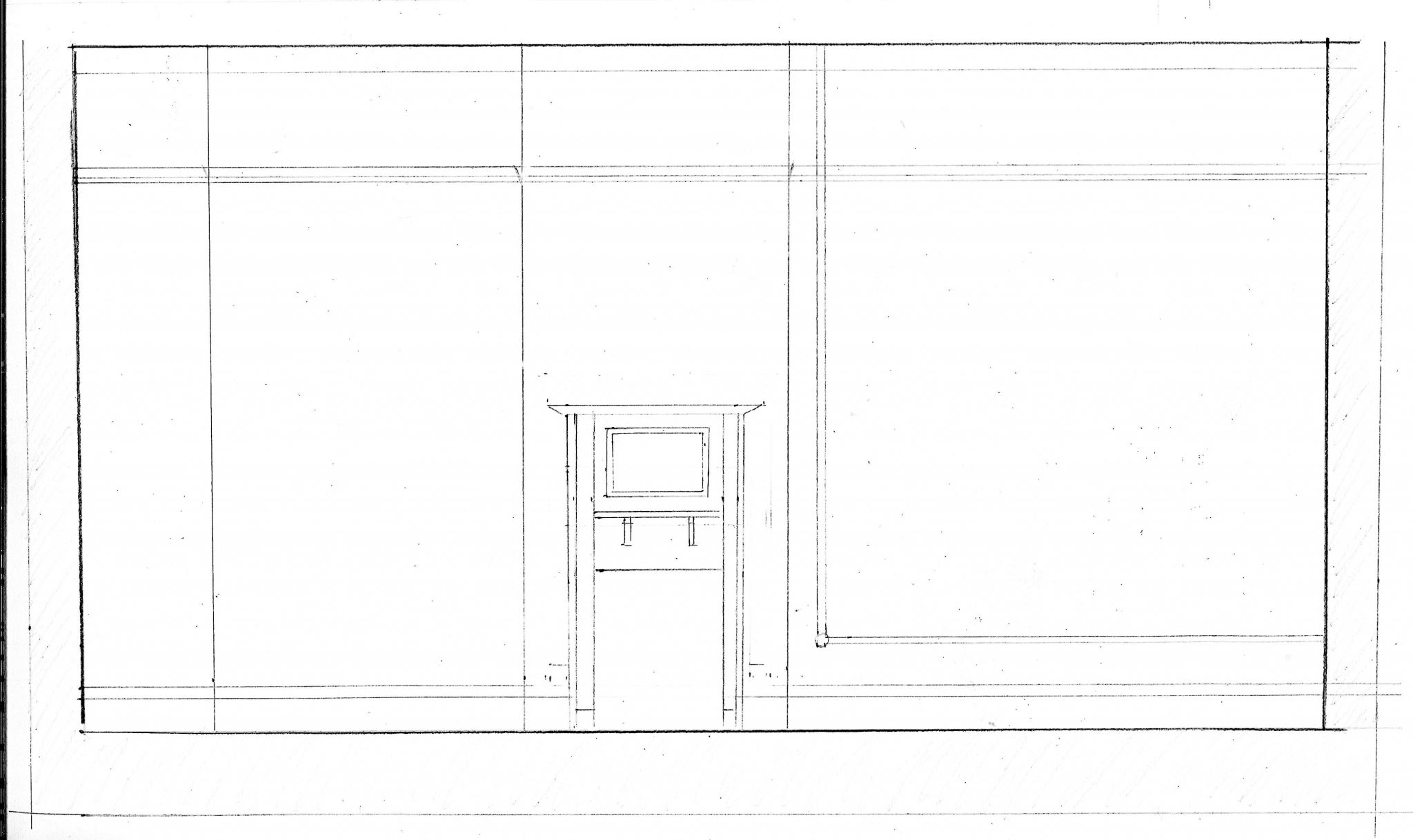 What was the reason you picked Chelsea?

I wanted to stay in London because there are so many resources here and because I know London, all the quickest routes. As a child, my parents would bring my sister and me to central London to go around the parks and sometimes the museums and galleries. If I have an idea of something I want to look, at I know roughly where I can go and I’m good at reading maps.

The UAL and Chelsea name is helpful as well. For example; if I want to go somewhere and take photos of something when I tell them I am from UAL they are more inclined to let me. I’d heard a lot of good things about UAL and a lot of people who have come out of here have been successful, the alumni are really good. That is something which helped me make my decision.

Also, when I was at AttRAct, they spoke highly of UAL and there were some postgraduate students that were saying it is amazing as well. Just coming here, the atmosphere is so positive.

How did you find the portfolio and interview experience?

All the time leading up to it I was fine, I thought it would be ok. The half an hour or so period before, I was panicking so much wondering: what if they don’t like my work? Maybe I should have added this? Maybe I shouldn’t have added this? But UAL was my last interview and I had done a few before, getting offers back (2 of which were unconditional), so I thought it can’t be that bad. The interview itself was actually really good, and there wasn’t any questions that threw me off, I knew what I was talking about. I had time to prepare and, at the end, having the opportunity to ask my questions and getting really simple straight answers was really good.

The interesting thing I found, was that both here and Hertfordshire, said to me that my portfolio was quite spatial which for me was really interesting. Everything was like, figure drawings, more fine art and I didn’t really have any architectural based drawings, so that was interesting coming up twice. Seeing that they understood my work, my viewpoint was really reassuring.

Anything you’ve done in your first couple of months that has really stood out at Chelsea?

I originally signed up to ‘Making It @ CCW’ which was a weeklong workshop before I started. It was at Chelsea, so I got to know the college before starting. In the first month, I’ve been here the lectures have been a lot more engaging than I thought they would be. The worry I had before was that you are sitting there for an hour just writing stuff down, but they get you to have group discussions which keeps you interested.

On my own I have done a lot of gallery visits and we have had some open lectures. I have only been to one so far. Afterwards though, I sent a follow up email to the architect who was talking, and I have arranged to meet him to ask him more questions. 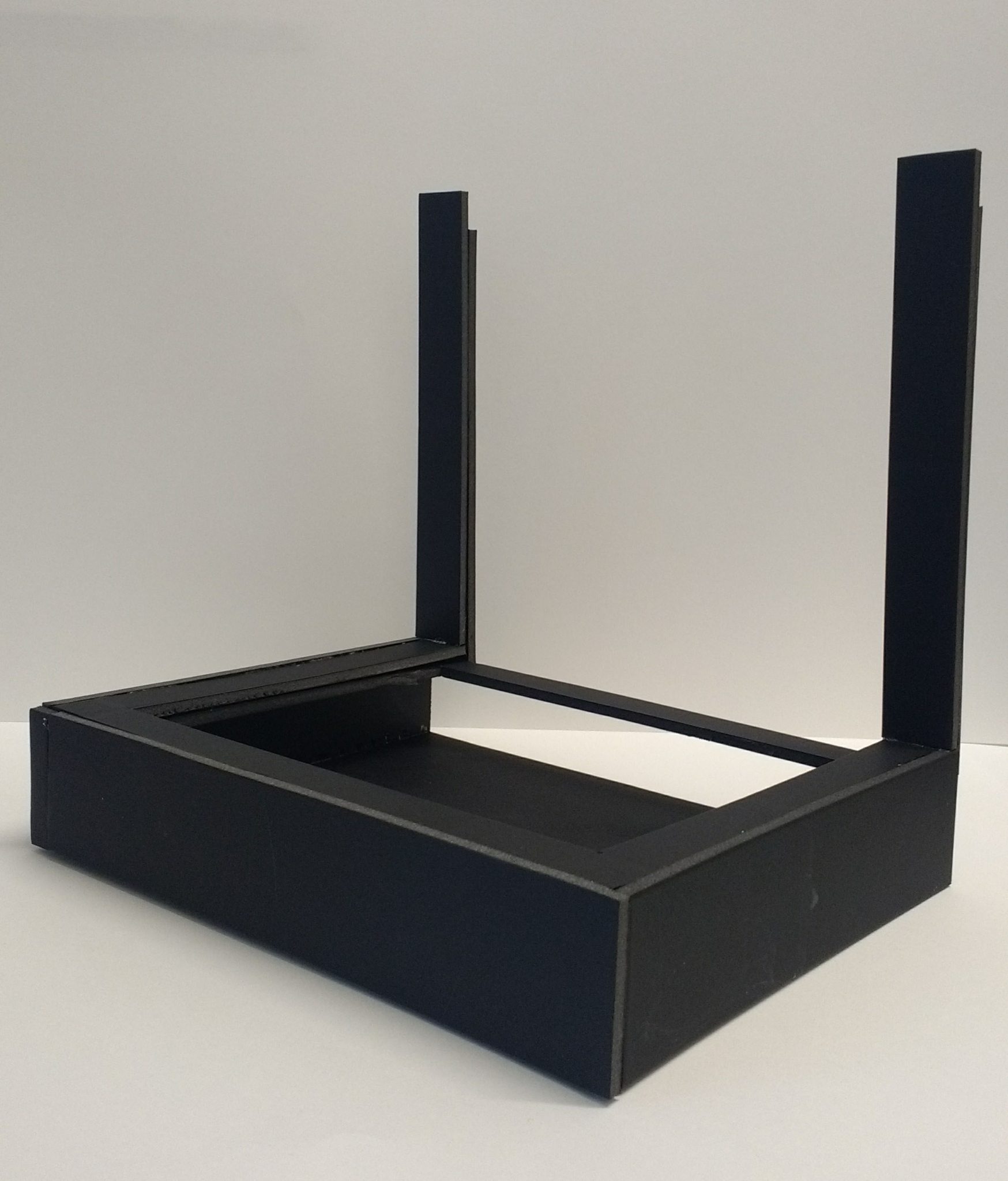 How have you found student life?

I moved out the first weekend of September and I started in the first week of October. In that first month there were lots of events like the Fresher’s Fair and there was a lot of time for me to figure out the area I moved into, and that was when I did most of my gallery visits and searching for jobs.

I started my job in October, so just having a couple of days alongside my studies isn’t overwhelming, but towards deadlines it probably will get more hectic. I feel like the materials on my course can get expensive so having the job to help with that is really good. Trying to find time to do more stuff I want to do will get more difficult as my course is quite heavy. There is one major project we are doing, with smaller ones and lectures alongside. 1st December is a deadline for a crit and then other submissions are in January; so over Christmas I will have more time again.

I always have Sundays to sort out anything I need to and go anywhere I need to. I do have free time and most of the time I chill with friends or go home to see my family.

Do you have any advice for students?

Portfolio wise, definitely ask your teacher. Don’t think that you know what you are doing because trust me, you don’t! Ask for multiple opinions because art is very subjective and just because one person liked it, it doesn’t mean others will.

For interviews, don’t panic. Sometimes when you are actually on the spot you can think of answers you wouldn’t have thought of before. But it is good to have some ideas of questions so if you have a UCAS advisor or teachers, or even older students you know, you can ask them questions you could get asked, just to get an idea.

Living in London, I would say if you are commuting by bus, then definitely get a weekly bus pass as it makes it so much cheaper, especially if you are going to work. Don’t forget where you are, there is so much around that you can do, so when you have a day to yourself go out and have a look around, take photos and sketches because it’s always stuff you can use later to build up your portfolio.