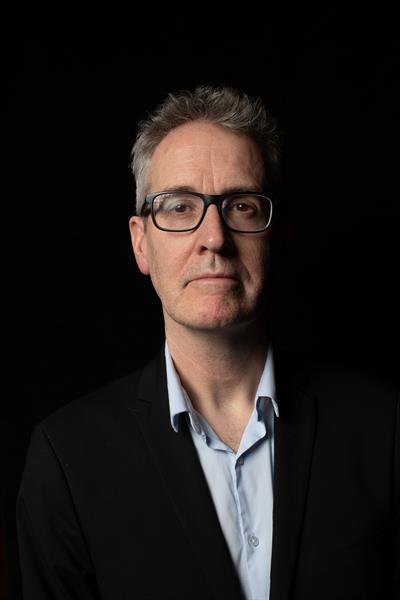 Malcolm Quinn is Professor of Cultural and Political History, Associate Dean of Research and Director of Camberwell, Chelsea and Wimbledon (CCW) Graduate School, University of the Arts London.

He leads the CCW Graduate School Team, which supports and develops the research activity of staff and students, the closer integration of research and teaching, UK and worldwide research collaborations and new ways to realise the cultural and social impact of research at CCW.

He has written two single-authored books that trace, firstly, the aesthetic of politics in twentieth-century fascism and secondly, the intellectual history of a politics of the aesthetic in nineteenth-century Britain. Between the publication of these two books, he collaborated with Professor Dany Nobus of Brunel University on a study of psychoanalytic approaches to knowledge and identity. This collaborative research has informed his analysis of ‘the utilitarian conversion’ in ethics and its role in defining a new politics of art and taste in Britain in the 1830s.

The identification of this set of foundational concepts has developed from historical work on how the state funded art school emerged from a utilitarian critique of the academy in England the 1830s. This research is summarised in his book Utilitarianism and the Art School in Nineteenth-Century Britain, London: Pickering and Chatto 2012.

Most recently, he developed the two-day conference ‘Victorian Futures’ (Chelsea College of Arts, 14/15 May 2015) as a collaboration with Professor Anne Massey, then at Middlesex University and now Associate Dean of Research at LCC, and Professor Bill Sherman of the V&A. This conference used the past to look critically at the future of a national debate on art and public culture in the UK.

This national debate began in the 1830s, was developed in the 1850s with the Great Exhibition and Albertopolis, and is now being echoed once again with plans for the ‘Olympicopolis’ development the Queen Elizabeth Olympic Park, where University of the Arts London, University College London, V&A and Sadler’s Wells will be establishing new centres for the arts, education and research.