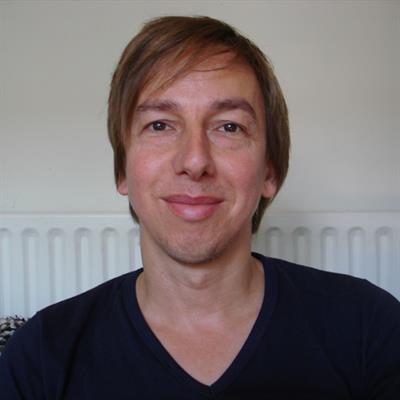 Jon Cairns is a writer with interests in performance, gender studies, and theories of cultural value. Current work considers affect and the encounter with art, particularly the public staging of intimate interaction, and how to write the contingencies of such an interaction without losing sight of the wider stakes in this endeavour.

Jon's work in the last few years has engaged with queer historiography and the ambivalence of interpretation, hinging on the mobile relationships between photography and performance, and between ‘fact’ and ‘fiction’. His work examines and articulates ‘ambivalence’ as a key trope in the exploration of intimate affect in the context of public performance, focusing on the role this plays both in participation and interpretation. It has variously explored some of the performative, narrative and affective functions of the domestic photograph, one-to-one performance, as well as public love and the engagement with environmental politics.

This has centred on the work of performance maker Adrian Howells, and the collaborative practices of Annie Sprinkle and Elizabeth Stephens. Importantly Jon's responses draw out the anecdotal and autobiographical forms of the work to address issues around the ‘subjective’ encounter in writing itself. This is part of ongoing research on ambivalence as a hermeneutic and the shifting investments we make in the objects of our critical attention/affection.

Other research has centred on questions of value in the context of cultural retrenchment brought on by cuts to arts funding and education spending. A special issue of Visual Culture in Britain examined the importance of such pressing concerns, while attending to the value and significance of the affective structures of art. The role of collaboration, informality and surprise emerged as significant factors for the various small and independent artist-run initiatives that Jon came into contact with in the course of this project.

Earlier work has explored art’s relationship with various forms of fiction, narrative, and historical fabulation, in tandem with occasional collaborations with artist Julia Spicer, including online work and curation.