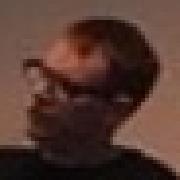 Ben Fitton is an artist and educator. His artworks use performative interventions, text, and impermanent forms of public address to contribute to debates around the politics of presentation, participation and spectatorship. These works often appropriate the strategies and rhetoric of site-specificity to construct situations in which the relationship between the work and its primary audience is brought into question, and in which an assertive physicality of structure or text is played off against an apparent ambiguity or excess of authorial intention.

He has shown extensively in the United Kingdom and internationally, including solo exhibitions at Site Gallery, Sheffield; Floating I.P., Manchester; The Economist Plaza, redux, IBID.Projects and Balfron Tower, London. In recent years he has collaborated with Dulan Shipton on a series of temporary structures in the public realm, including GUNSGOOFFTHEMSELVES for Töne 2014, Chatham; Monument to the Excluded Middle for HOUSE 2013, Brighton; and The History Still to be Made Shows Itself (2012) & The Overbearing Mother (2011) for outdoor sites in St. Leonard’s-on-Sea. He was guest editor of issue (5.1) of Art & the Public Sphere.