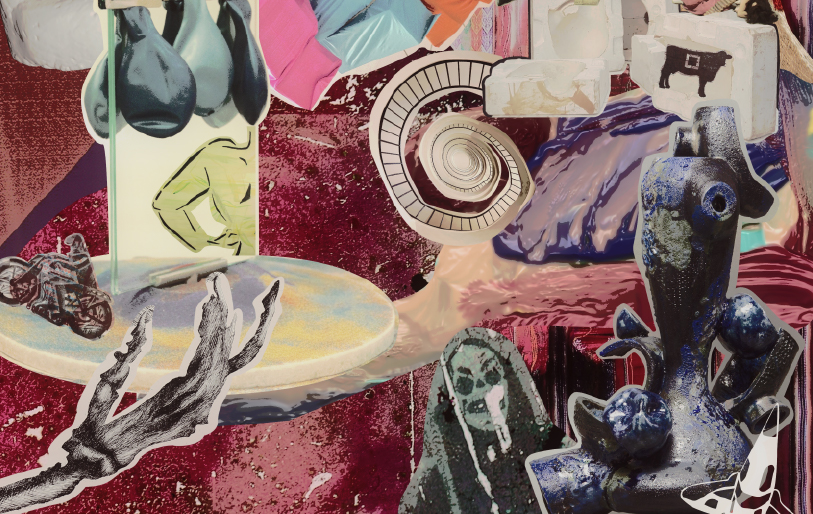 Why hasn’t Latin American been able to free itself from European validation? As Latin-Americans, we have tried to open up from the shadow of the European conquest in our continent but the colonies still unconsciously try to find approval from the ‘old continent’ when it comes to art, music or architecture, to name a few. However, what happens when Europe is taken away from this conversation? In such an instable world, who determines where is the north? Are some of the interrogations opened up in ‘Neo Norte’ (New North), an exhibition in Chile organised by alumni from the University of the Arts London, that proposes Latin America as the new creative direction.

After 200 years of independence, we’re still driven into Eurocentric curatorial practices in Latin America. Museums and galleries use to separate languages as a European would do so, and when they give space for ethnical artwork it is always presented as something ‘exotic’. Through ‘Neo Norte’ I want to challenge the norm and encourages the ‘western’, ‘ethnic’, and ‘folkloric’ expressions to dialogue in the same space,’ commented Tere Chad, Chilean artist recently graduated from MA Arts and Science, who is curating the exhibition that will launch on the 9th of August 19hrs at Fundación Cultural de Providencia, Santiago, Chile. 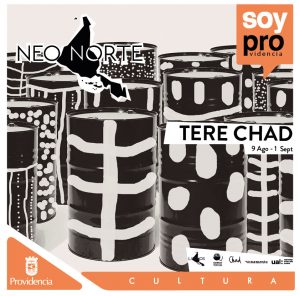 A group of mainly Latin American artists based in London will be responding to the subtopics of the show: migration processes as creative destructions, the encounter of the natural with the digital, cultural syncretism, and shamanism. In the exhibition it is also going to be displayed documentation from the Latinos Creative Society.

‘This exhibition is a great opportunity to appreciate and acknowledge what new generations of Latin American artists that work in European countries are creating. How they are connected from so far away, and keep on working with their cultural roots and history of their countries,’ added Evelyn Matthei Fornet, Mayor of Providencia Borough. 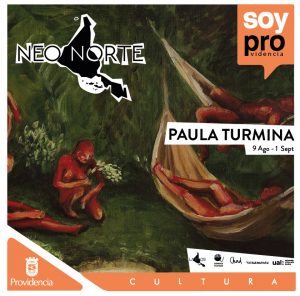 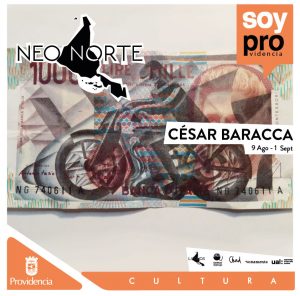 The exhibition will be showcasing artworks from a collective where most of them are alumni and students from the University of the Arts London. A international collective both representing countries of Latin America as Chile, Argentina, Brazil, Ecuador, Mexico, Colombia, Cuba, as also non Latin American countries like Italy, France, Hungary, China, Taiwan, and Serbia. ‘For me it was also fundamental to include artists that could respond to the subject from outside Latin America, thus wanted to demonstrate that nowadays it could be equally attractive for me to exhibit in Europe, than for a European to travel to the southernmost country of the world.’ adds Tere Chad.

Our responsibility is to amplify that diversity and enable its rich complexities.

Central Saint Martins and the University of the Arts London enjoy the privileges of a genuinely international community. As such, this exhibition in Santiago is as relevant to our future facing ambitions as it would be if it were next door to our campus building,” noted Paul Haywood, dean of academic programs, University of the Arts London: Central Saint Martins.

‘Neo Norte’ is an exhibition opened free of charge to the audience from the 10th of august till 1st of September 2018, Mondays – Fridays 10 – 19hrs and Saturdays 11 – 19hrs at Av. Nueva Providencia 1995, Santiago, Chile. The exhibition will include artworks from Balint Alovits, Cathy Mou, César Baracca, Gordon Berger, Hebe Wang, Isaac de Reza, Javier Neira, Juan Covelli, Matteo Valerio, Nicolás Canal, Paula Turmina, Pierre-Antoine Martin, Roberta Bacic, Sofía Donovan, Susana Uvidia, and Tere Chad who will be coordinating other activities on the space. During the exhibition she will be leading a workshop for children, a guided visit and will participate in a Panel Discussion about why the art world is enclosed in Eurocentric narratives.