Last Wednesday 24th April, passers-by at the Crossing in Central Saint Martins attentively looked at Latinos Creative Society poetry reading that had some of its members reading poems in Spanish and English. 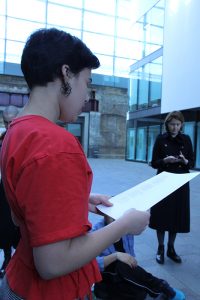 Many people admired the capacity of the Latinos who easily switched between both languages. The poetry reading was part of Latinos Creative Society tribute to UAL for receiving a donation of several books from the Latin American House, and buying new Latin American books to include them in their library collection. Now students from all over the world at University of Arts London will be able to read authors such as Nicanor Parra, Jorge Luis Borges, among others. 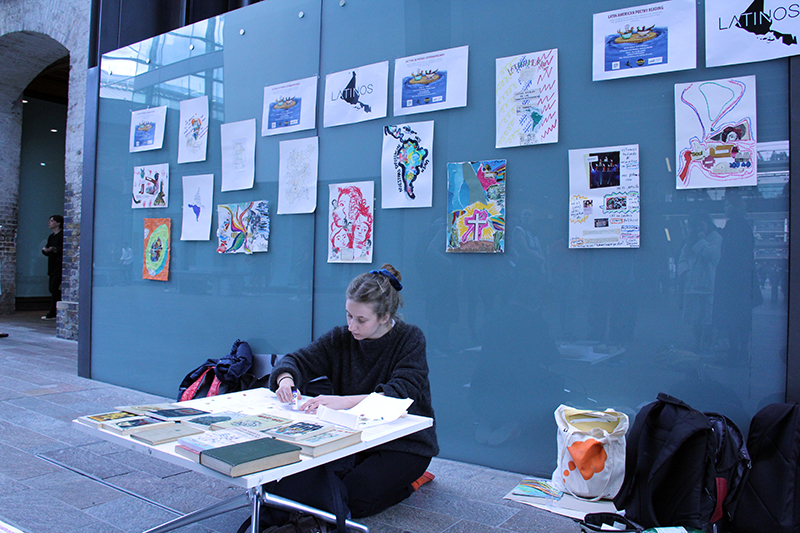 At this occasion they’ve also hanged their visual manifesto at the back, and some members of the group were creating new collages during the poetry reading. The collective is preparing a performance to declare their Manifesto at the exhibition ‘Being Together is not Enough’ at the Five Years Gallery in Archway on the 11th of May 18 – 19 hrs.

The intention of the poetry reading was to incentivise people to learn more about Latin American literature and its authors. The Latinos Creative Society hopes that these donated books will benefit UAL’s extensive library collection. 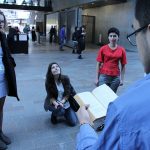 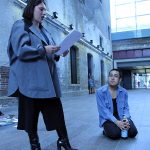 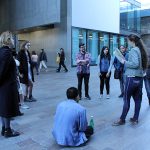