Latinos Creative Society Manifesto: Being together is not enough 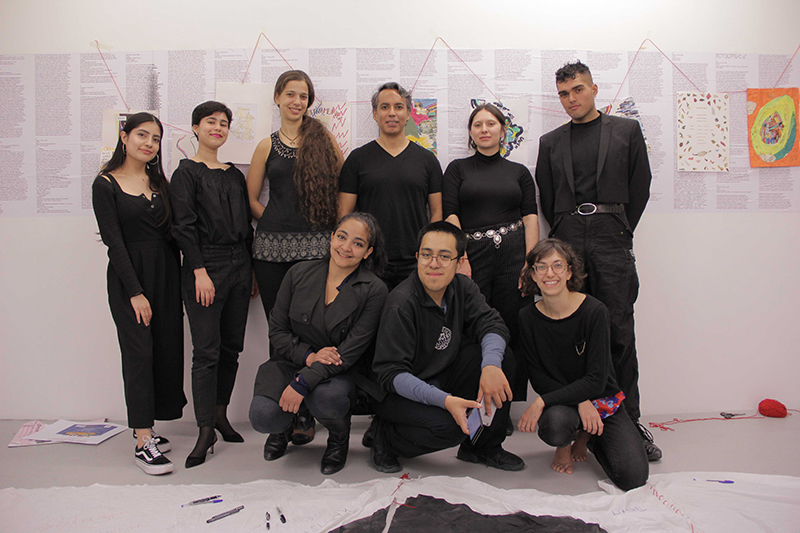 On 11th of May 2018, the collective Latinos Creative Society presented their manifesto. Through the performance at the exhibition “Being together is not enough”, the collective declared its purpose and vision at Five Years, Archway, London.

The manifesto was created in a collective process through several workshops where members started discussing ideas through a visual manifestation. In meetings, while chatting they where doing collages with old books donated by the Latin American House. The idea of the performance arises through these meetings. 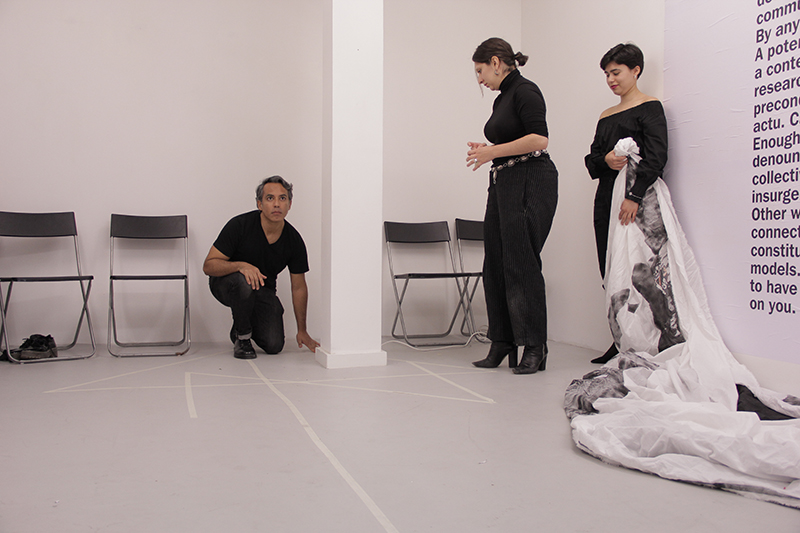 As part of the performance, the collective initially marked the north of the room, then placed on the floor a recreation of the Latin American map painted in black in a white fabric. The manifesto was handled to the attendants in three languages: English, Spanish and Portuguese; the last two the official languages of several Latin American countries.

The collective cut the fabric in five pieces. On the meanwhile, others placed a red string along the wall that was used to hang and unhang, as a constant ‘constructive and deconstructive’ act, the collages made on workshops.

Soon enough, the map was turned upside down, locating Latin America at the north of the world. Then performers used red string to stitch together the map, signifying the differences that unite Latin America, while the collective recited its manifesto in different languages, different pieces of it and at different times. The five principles of the manifesto were declared in a ‘cannon’, proposing 5 horizontal principles with no hierarchy among them. That can be read in any order, following Rayuela from Julio Cortázar.

It was an opened manifesto, where performers invited all attendants to sign it. The “destructive” process of the map also illustrates another side of the manifesto, Latin America’s innovation made by creative destruction.

The manifesto declared exactly how Latin America needs to be seen. Several countries stitched together after Spanish and Portuguese conquest, liberating wars, devastation and even dictatorships. A stitched society that is able to flow and create without limitations and that works through them in order to reflect its reality in the most creative way. 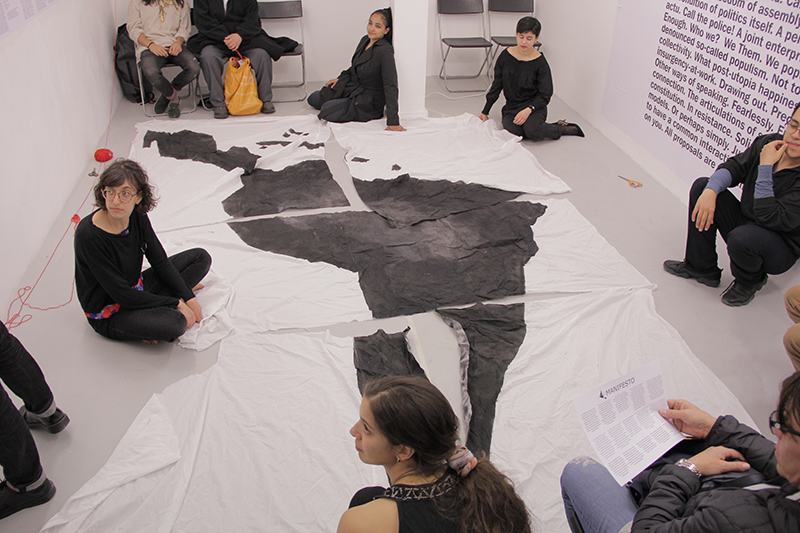 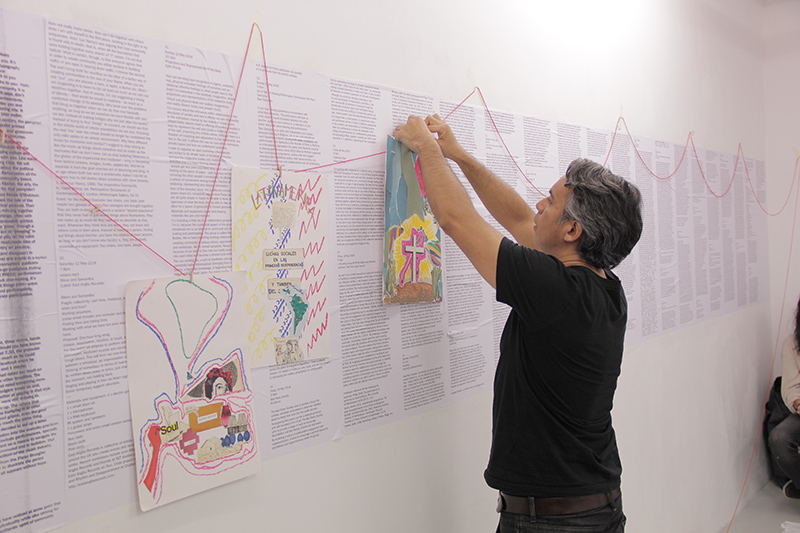 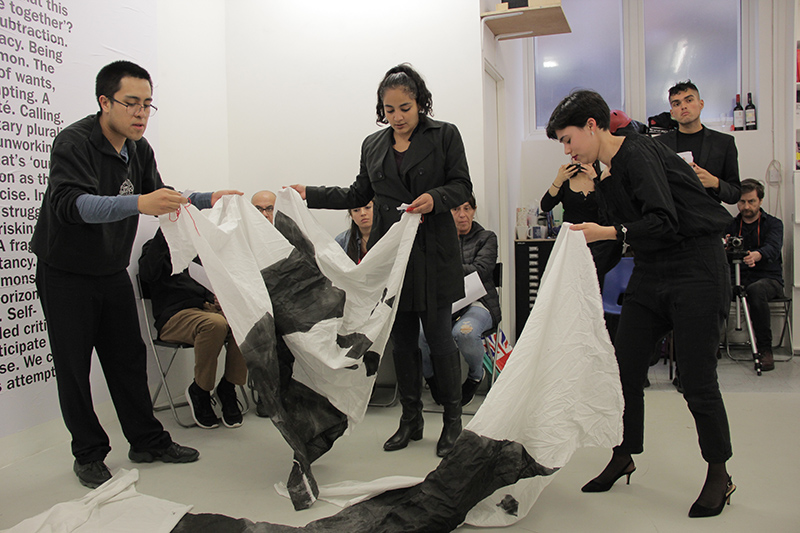 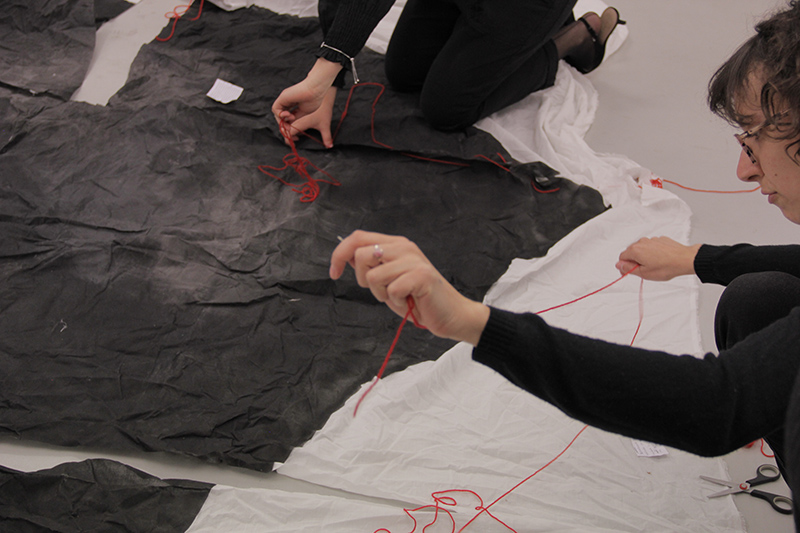 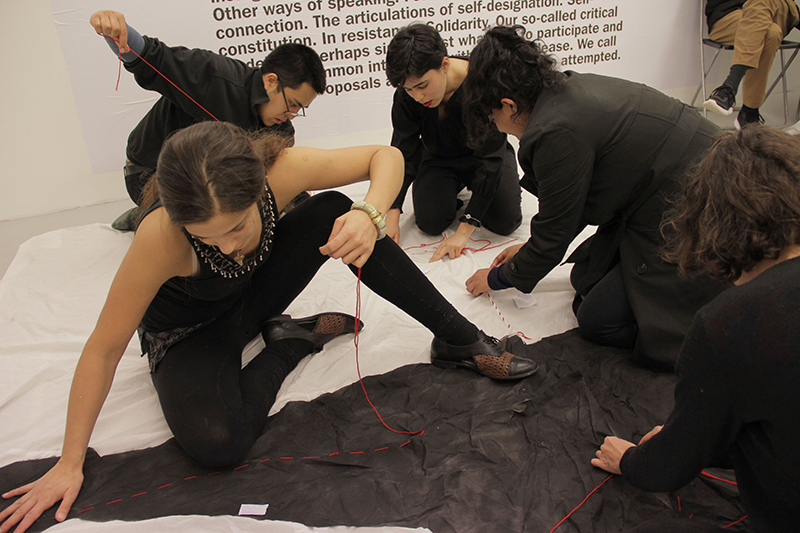