On Tuesday 8th June, UAL Careers and Employability hosted an industry panel and Q&A event as part of the Women in Leadership programme. The aim of this programme is to inspire and empower women+ to break through the glass ceiling and become the leaders of tomorrow. Hosted by writer and speaker Debra Chosen, three successful, leading female entrepreneurs shared their journeys and experiences.

Pip Jamieson, the founder of professional networking platform The Dots, is a self-described non-tech tech founder who saw a space in the world for a kind and inclusive platform where like-minded people can connect to create, collaborate and support one another. Contradicting the existing negative and divisive social media landscape, at the heart of The Dots is an algorithm based on positivity. 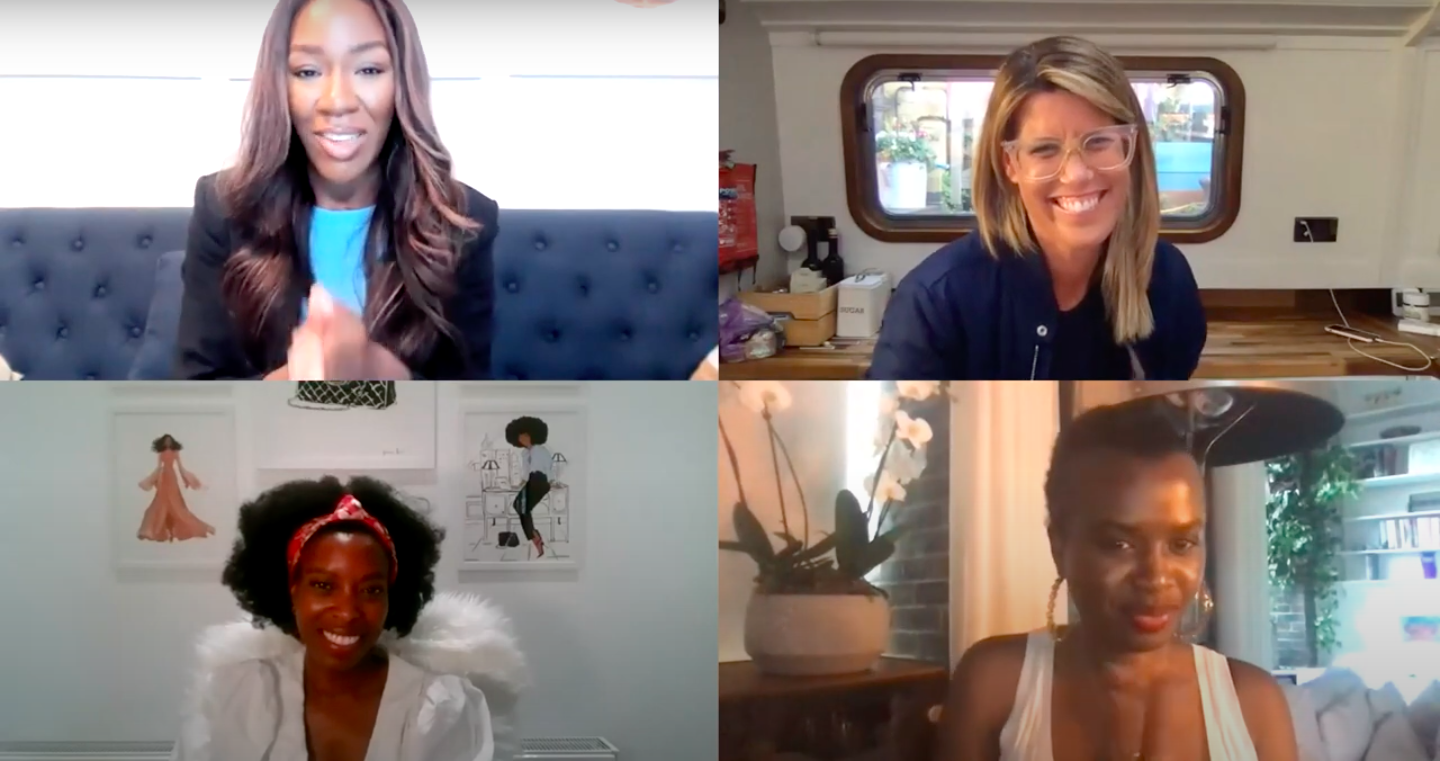 Pip presents herself as “delightfully dyslexic” and speaks about the barriers she and many others have faced trying to getting into the creative industry. The way some organisations in the creative industry have approached their recruitment means a lot of the hiring was done through nepotism causing homogenous workforces.. She decided to create a way into the industry that is accessible to all no matter what their background.

“Never underestimate the impact that you can make” – Ade Hassan MBE

Similarly, award-winning entrepreneur Ade Hassan MBE spoke about how she saw a gap in the hosiery and lingerie market; “It was like a light bulb went on”. Nubian Skin addresses a lack of representation in the fashion industry that up until that point had been unchallenged. Ade created a brand that caters towards women with darker skin tones and redefined what nude looks like, smashing Eurocentric beauty standards.

Ade talked about the benefits of creating your own lane, and doing something new meant that she had complete creative autonomy to be original. Ade said, even though Nubian skin is a small company, they changed the conversation.

“If you’ve been at the bottom, you’re never scared of losing because you know you can survive” – June Sarpong OBE

June Sarpong OBE, TV presenter and author spoke about the importance of diversity and inclusion. Seeing people that looked like her, and from similar backgrounds, doing the job she aspired to, kick-started her successful media career, that has now spanned more than 20‐years.

June co‐founded the Women: Inspiration & Enterprise network, a platform where women can connect and ultimately make a difference. She spoke about how the black lives matter movement has meant for the first time we are having these conversations whereas before we used to pretend they didn’t exist. She believes society is now at a place to start finding solutions that will deliver sustainable change.

Towards the end of the event, there was a panel discussion where Deborah and June discussed how the current global crisis has meant we’ve had to rethink the way that we work overnight. In the midst of this new normal, there more opportunities for women to take “a seat at the table” and create their own space within entrepreneurship.

“I had no background in fashion, no contacts in the lingerie industry but I had a dream and I was really determined about it” – Ade Hassan

The greatest advice Pip gave is if you're thinking of starting up, just do it. June spoke about the biggest barrier to success is letting imposter syndrome and self-doubt overtake you. She reminded the audience to be compassionate towards themselves. Speaking from experience June said, don’t let anything prevent you from taking on great opportunities. In entrepreneurship perseverance is key. As Pip said, it does get easier along the way, take time out to enjoy the ride.