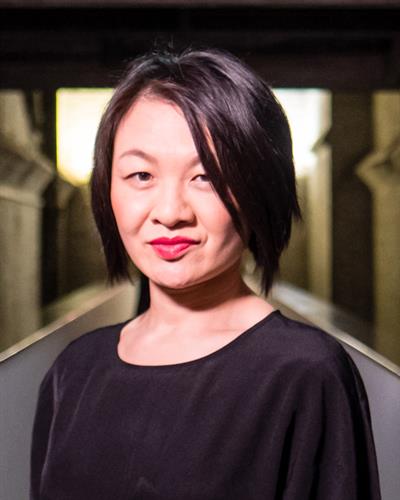 Dr susan pui san lok is an artist and writer based in London. She joined UAL in June 2018 as a Reader, and was appointed Professor in Contemporary Art and Director of the Decolonising Arts Institute in October 2019. She was formerly a Reader then Associate Professor in Fine Art, from 2013 in the Faculty of Arts and the Creative Industries at Middlesex University. From 2015 to 2018, she was Co-Investigator on the Arts and Humanities Research Council (AHRC)-funded project, Black Artists and Modernism, led by UAL in partnership with Middlesex University, with Professor Sonia Boyce as Principal Investigator. She has also taught at the University of East London, Goldsmiths College, and guest-lectured widely, including at Alfred University, New York; Birkbeck College, London; Concordia University, Montreal; Courtauld Institute, London; Reed College, Portland, Oregon; Royal College of Art, London; Sotheby’s Institute of Art, London; UAL Central Saint Martins and Wimbledon Colleges of Arts; University of Leeds; and Winchester School of Art, University of Southampton.

Publications include ‘between the voice between the words between the work between us’ in ‘Voice as Form’, a special issue of Oxford Art Journal (P. Corey and W. Teo eds., 2020); and ‘Vong Phaophanit and Claire Oboussier: Three Decades, Four Moments’ in ‘Remapping British Art: Three Moments of Modernism’, a special issue of the journal Art History (S. Boyce and D. Price eds., 2021). She is a co-editor of Conceptualism: Intersectional Readings, International Framings – Situating ‘Black Artists and Modernism’ in Europe (with N. Aikens and S. Orlando, Van Abbemuseum e-publication, 2019), to which she also contributed the essay, ‘Found and Lost – Waste to Dust: Shimizu, Takahashi, Phaophanit/Oboussier'. She has also co-edited and contributed to two special issues of Journal of Visual Culture: Ways of Seeing – 40th Anniversary Issue (with R. Guins, J. Kristensen, 2012) and Hong Kong, and other Returns (2007), and contributed an essay ‘A – Y (Entries for an Inventionry of Dented ‘I’s)’ to the award-winning Shades of Black – Assembling Black Art in 1980s Britain (D. Bailey, I. Baucom and S. Boyce eds., 2005, Iniva and Duke University Press).