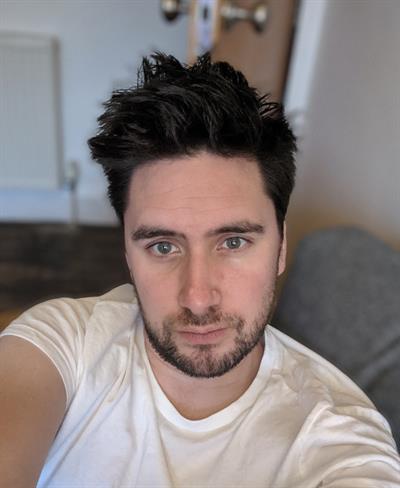 My research investigates the agency and theatricality of objects and theatre and performance technologies through the making of performances, films, essays and publications. I ask questions about how performance objects and technology; digital interfaces, microphones, devices, props, instruments, machines, apparatuses and artefacts are appropriated into the making of theatre and performance. Current research explores, binaural sound design and technology, floor plans, architectural facades, and noise cancelling headphones. I have written about the bio-objects of Tadeusz Kantor, the scenographic landscapes of Philippe Quesne and Vivarium Studio, and Katrina Palmer’s site-specific audio walk The Loss Adjusters for an issue of the Theatre and Performance Design Journal (Routledge) on ‘good vibrations’ in sound design. I have recently edited an edition of Performance Research on anthropomorphism and objects with Dr Shaun May (Kent) and I presented a performance lecture called Phantom Stages about theatrical floor plans as part of a group show called Hidden Lines of Space in Berlin. My most recent piece of practice based research 'The Killers' was a site-based performance project using binaural technology in a fish and Chip shop in Weston-super-mare with MAYK (Bristol). My practice research plays with how narratives and animations are formed between objects, performers and spectators, often working with 'stage' technologies, theatrical props, rock music hardware and novelty objects. I have presented work at the National Review of Live Art (Glasgow), Kunstverein am Rosa–Luxemburg–Platz (Berlin), University of Buffalo Department of Art (New York), Mayfest (Bristol), and Chapter Arts Centre (Cardiff).

The Object Animates: Displacement and Humility in the Theatre of Philippe Quesne, Performance Research Journal 18.3 On Scenography. London: Routledge, June 2013.

Laughing with Kantor. Invited speaker to the symposium: Kantor and his Influence. Radar, University of Loughborough. Forthcoming 2018.

Reports from an Unidentified Space Station: Is Participation the ‘Big Dumb Object’ of Performance? Relation and Participation Symposium, Aberystwyth University 2nd – 4th May 2011.

Towards a Theatre of Objects: Theatre-Machines and the Violence of Transformation, Objects of Engagement, Royal Holloway, June 12th 2008.

Ghost Machine. A MAYK and Bristol Old Vic Ferment Co-Commission as part of SENSE at Mayfest, Bristol May 2013.

Garage Band. Site-Specific Performance made in association with MAYK for Mayfest 2012. 24th-27th May. 61 Conduit Place Bristol.

House. As artist is residence with Showroom Artist Collective at Aberystwyth Arts Centre. May 2010.

Architecture, spatial and interior design
Performance and design for theatre and screen