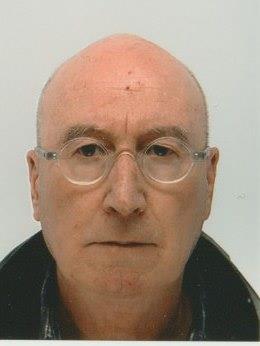 Ball is well known as the originator of suspended wire low voltage lighting systems with Aero Light 1979. In the early 1980s, at Foster and Partners, Architects, he developed signature furniture for the Renault Building, Swindon and for HSBC’s corporate headquarters in Hong Kong. The 'Renault’ furniture is the forerunner of the Nomos office system produced by Tecno SPA, Milan. These designs have since proved highly influential.

Ball has achieved both critical and commercial success across the design field with work ranging from one-off commissions to mass-produced design, winning Concord Illumination, British Design and Industries and IDSA design awards in Britain and the USA. His work is held in permanent collections in the UK and USA and has been exhibited in over 100 exhibitions in the UK, Europe, Asia, Australia and the USA.

In addition to extensive group exhibitions Ball has completed 2 solo exhibitions in London and 4 collaborative exhibitions with partner Maxine Naylor in Milan, Glasgow, Barcelona and London.

‘Form follows Idea’ An Introduction to Design Poetics written and illustrated by Ball and Naylor and about their work is published by Black Dog Publishing London and New York.

He was appointed Professor and Chair of Industrial Design at the University of Washington USA in 1988, returning to the UK in 1993 to take up academic roles at the Royal College of Art and subsequently at Central Saint Martins.

I define my current research activity as critical design practice. My research draws on rhetorical themes and axioms specific to Modernism, Postmodernism and contemporary design. This research is articulated through the generation and realisation of artefacts, which investigate, illuminate and question design culture. I call this activity 'Design Poetics.' Design Poetics forms an experimental, continuously evolving series of objects and collections, which act as commentaries and contemplations on the culture of Modernism, Postmodernism and contemporary design. The work specifically rejects the discrete distinctions of Art, Craft and Design. It explores the conceptual, provocative and lyrical possibilities of the spaces in between.

Drawing on rhetorical themes and axioms specific to Modernism and design culture (Form follows Function, Less is More, Decoration and Crime, Transparency, Multi-function etc.) object typologies and generic forms characteristic of the modern furniture/lighting genre are re-examined. These rational and reductive axioms are co-opted to endorse paradox and legitimise the invention of formal incongruities, rational irrationalities or poetic transgressions. As 'ironic iconics' the pieces are self consciously introspective and are made to reflect upon themselves and the culture that supports them.

My recent work has been exhibited internationally in exhibitions in the USA at the Spring Gallery, New York (2008 and 2009), in collaborative two-person shows with Maxine Naylor in London, Barcelona and Calais (2008 and 2009), and in the Destroy Design travelling exhibition across Europe during 2010-11. I also showed in Out of Storage/ Provisoire & Definitif, FRAC, Maastricht (2012) and Philosophical Toys at Central Saint Martins (2013) and in Rugby Collection 2013 at the Rugby Art Gallery and Museum.