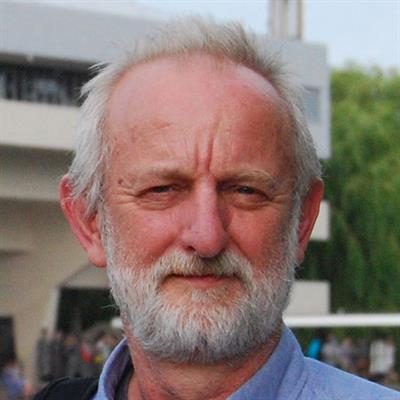 Professor Paul Coldwell is an artist and researcher whose practice includes prints, book works, sculptures and installations. He has exhibited widely, his work held in numerous public collections, including Tate, Victoria & Albert Museum (V&A), British Museum, Arts Council of England and the Musee d’art et d’histoire, Geneva and selected for many international Biennials including Cracow, Ljubljana, Split and Warsaw.

He has curated a number of exhibitions, including Digital Responses, V&A, Morandi’s Legacy; Influences on British Art Estorick Collection, London, and most recently The Artist’s Folio at Cartwright Hall, Bradford (2014), published Printmaking: A Contemporary Perspective (Black Dog Publishers-2010) and contributes to a number of publications including, Art in Print, and Print Quarterly where he is on the editorial board. In 2011 he chaired the jury for Imprint International Graphic Art Triennial in Warsaw and has been Keynote Speaker at Impact 7 International Printmaking Conference, Melbourne 2011 and SNAP 3, Germany 2015.

In 2015 he was awarded an Arts Council grant to develop new work for exhibitions at the Freud Museums in Vienna and London and in 2019 led an AHRC Network grant, Picturing the Invisible.

Coldwell's research is focused on a practice-based approach and located within fine art. Through printmaking, sculpture, installation and writing, he explores issues around absence and loss, with ideas crossing between media.

A recurring question for Coldwell is how new technologies impact on previous processes, in particular within printmaking; and how digital technologies can inform and rejuvenate older technologies, such as etching and screenprint.

This fits in to his broader commitment to printmaking, both as a practitioner but also through raising awareness of the value and quality of print over and beyond its role as a reproducible media.