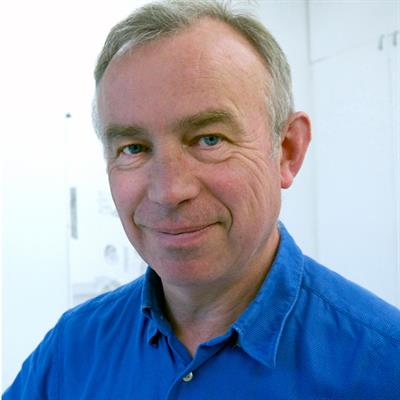 Mark Fairnington is a painter who has shown extensively in Museums and private galleries in the US and Europe. His research employs painting to sustain a visual examination of diverse museum collections and histories. Whether it be large scale paintings of mounted insects, taxidermy displays of birds, portraits of prize stud bulls, the artistic and scientific language of flowers or the collected human, his interest is in the eccentricities of the one required to stand in for all; the specimen.

At the Oxford Museum of Natural History Fairnington worked with Dr George McGavin on Mantidae and Membracidae. Membracidae was a sciart project funded by the Wellcome Trust, involving a field trip to the rainforest of Belize to study treehoppers and their use of mimetic camouflage as a defence mechanism.

Heavier than Air at the Imperial War Museum was the culmination of a two-year residency at the Museum. A major exhibition of Mark’s work, Fabulous Beasts, was mounted at the Natural History Museum in 2004 and Unnatural History, 2012 was a retrospective at the Mannheimer Kunstverein in Germany.

Collected and Possessed, at the Horniman Museum, 2015, and will focus on the collections in storage. Featuring paintings made over the last 15 years it will also include unseen objects from the Horniman’s storage facility.

Mark Fairnington’s work researches and investigates museum collections, their history, how specimens are housed, stored and displayed, and the possible relations between art and science. His paintings have represented how we see nature through the diverse specimens held in these collections and how this seeing has changed over the centuries. Drawn from many sources, they combine obsessive surface detail with sensuous precision. They examine how a meticulously constructed surface can interrogate and re-present an image. His paintings construct fictional spaces where intense observation, factual knowledge and imaginative speculation can co-exist.

Mark’s has worked most recently with Wellcome Collection and the paintings document, describe and reimagine some of the human images contained within it, situating them within the historical context of portrait and still life painting. Objects that are housed in closed cabinets, fluidly shift between medicine, art and anthropology, creating juxtapositions that are disturbing, unexpected and profoundly moving.

Collected and Possessed an exhibition at the Horniman Museum and Gardens, 2015, displayed paintings that have focussed on collections in storage, shown alongside the specimens, objects and images that inspired them. The collections include including the Horniman, the Natural History Museum and the Wellcome Collection.

Fabulous Beasts, Birds We Cannot See and Darwin's Canopy were research projects with the Natural History Museum. The subject of the work was the image of the specimen in displays, in research collections and in storage. Fabulous Beasts culminated in a major exhibition at the Museum in 2004 funded by the NHM, the Calouste Gulbenkian Foundation, London Arts and the AHRB, with 250,000 visitors over its duration, and national press coverage.

In 2002 Mark travelled with Dr George McGavin from Oxford University to the Las Cuevas Research Station in Belize, which lies within a protected forest in the Maya Mountains, to study treehoppers and their use of mimetic camouflage as a defence mechanism. Funded by the Wellcome Trust as a Sciart project it is included in the recent publication Art and Ecology Now, published by Thames and Hudson.

Heavier than Air at the Imperial War Museum involved making a series of drawings based on illustrations from books housed in the Museum's library. The final exhibition also included objects, paintings and drawings from the collection most of which had never previously been exhibited. The focus of the research was images and objects that had been made primarily to illustrate something or give instruction. In 2008 drawings from the Heavier than Air series were included in the exhibition War and Medicine at the Wellcome Collection, London. The project was funded by the Imperial War Museum.