Nine new professors have been appointed at University of the Arts London in a major investment in students’ academic experience.

The new Chairs bring leading experts with a wide range of creative focuses to the University, including black art and design, arts, design and science, and art in the environment. Leading names taking up the posts include Fred Deakin, designer and one half of the electronica band Lemon Jelly, and Scott King, whose work includes record sleeve designs for Morrissey and the Pet Shop Boys. 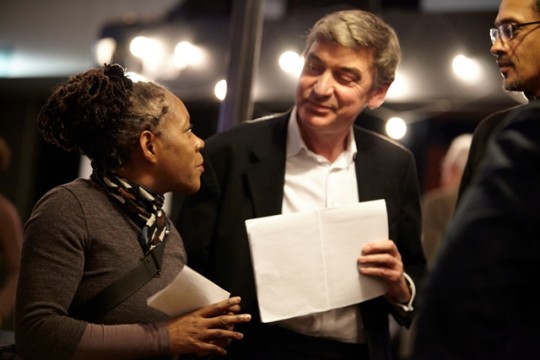 The cross-University roles mark a new development for UAL, which has previously made academic appointments within the six Colleges that form it.

Nigel Carrington, Vice-Chancellor of University of the Arts London, says:

“As one of the world’s largest creative communities, UAL is a leading force in how creative disciplines develop and evolve, which is why we have invested in these new roles and appointed pioneers in their fields as Chairs. These new professors will spearhead our continuing drive to create communities of practice in which students and staff can take time out to think differently and develop new approaches to the evolution of our disciplines.”

The cross-University Chairs will have a strong focus on enriching student experience at UAL, by programming a variety of events and activities beyond the core curriculum that will stretch students’ knowledge, skills and networks. The Chairs will also work together as a group to take an overarching view of discipline development across the University to make sure that curricula content and methods of learning are plugged into the latest thinking and evolving trends in the creative sector.

The work of the new Chairs will be complemented by the appointment of a Practitioner in Residence appointed to each of the University’s 42 programmes.

More cross-UAL professors are now being appointed and will be announced shortly.

The new professors are: Nick is a graphic designer whose career has included three longstanding creative partnerships: in print with music publishers Virgin Classics; in editorial with Eye, the collectable and critical graphic design journal; and in museum design with Casson Mann. 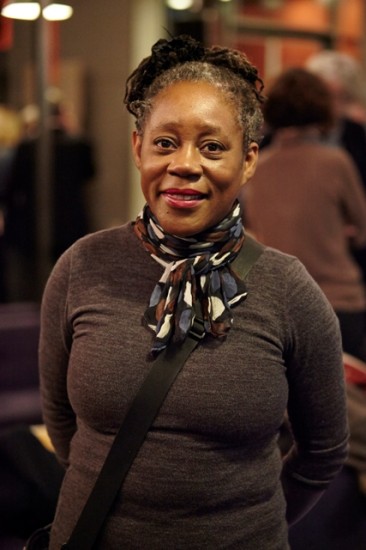 Sonia came to prominence in the early 1980s as a key figure in the burgeoning black British art-scene of that time, becoming one of the youngest artists of her generation to have her work purchased by the Tate Gallery, with paintings that spoke about racial identity and gender in Britain. Since the 1990s Boyce’s practice has taken a more multi-media and improvisational approach by bringing people together to speak or sing about the past and the present. 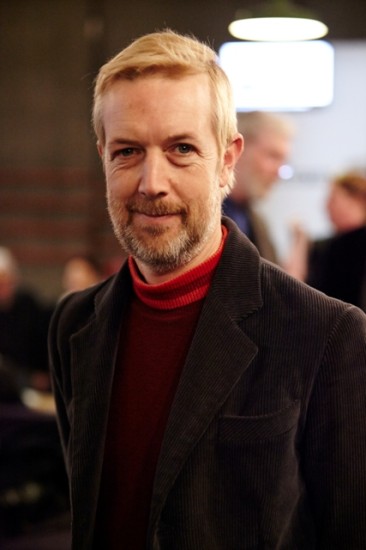 As half of the electronica band Lemon Jelly, Fred Deakin has been Mercury and Brit nominated, sold over half a million albums and headlined stages at almost every major UK music festival.

In 1998 he co-founded the ground-breaking London design agency Airside which won and was nominated for two BAFTAs, eleven D&ADs, four Design Week Awards including Best In Show, a Webby and many others. Airside’s clients included Virgin Atlantic, the Beatles, BBC, Greenpeace and Intel. After achieving all their ambitions the founders closed Airside on a high in 2012. 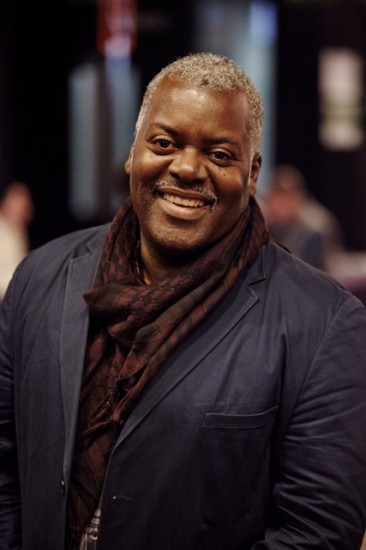 Paul is an independent curator, urbanist and lecturer based in London. From 2008 until 2012 Paul was Curator of Cross Cultural Programmes and then Curator of Contemporary Art at Tate Britain. In these roles, he curated The Tate Cross Cultural Programme – a pioneering programme of talks, symposia, workshops and live art events that included groundbreaking and internationally renowned events and exhibitions such The Status of Difference international seminars, Conversation Pieces artist talks and performances, Global Modernities (Tate Triennial conference), Afrodizzia Late at Tate (over 10 000 visitors) and Afro Modern: Journeys Through the Black Atlantic (consultant curator). 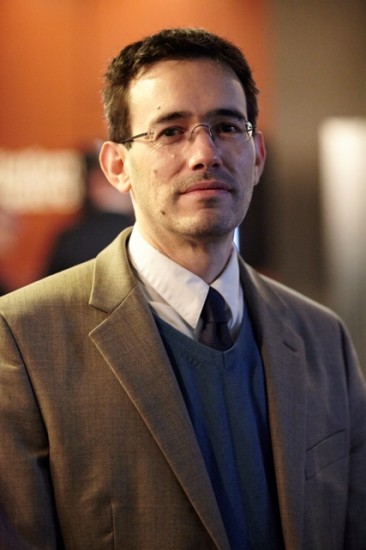 Dominic researches the history of queer and allegedly immoral forms of visibility and display. His focus is on Britain from the eighteenth to the twentieth centuries, but his is also interested in links between British cultures and those of Continental Europe and the United States.

He is especially engaged with study of the ways in which patterns of display and concealment have acted as fields for contestation. In particular he is interested in the ways in which disputes between Protestants and Catholics over the moral role of imagery can be seen to prefigure, influence and intersect with the development of depictions and conceptions of the sexual self. 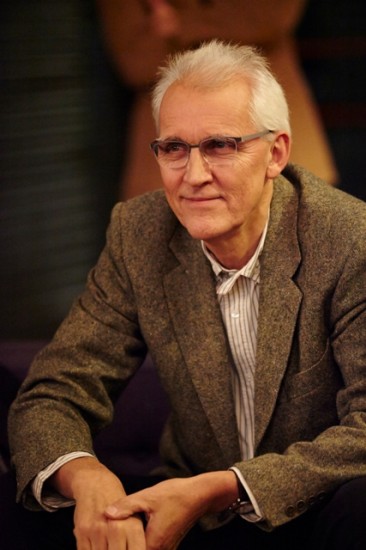 A visual artist who works at the interface between art, design and science. A former NESTA Fellow at Kew and Research Fellow at the Gulbenkian Science Institute, Portugal, he has collaborated extensively with botanical scientists and molecular biologists in an exploration of the living world at a microscopic level. 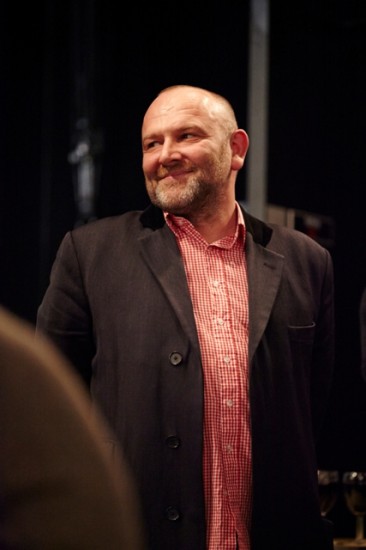 A designer who has worked as Art Director of i-D and Creative Director of Sleazenation magazines, King has also designed record sleeves for the Pet Shop Boys, Suicide and Morrissey amongst many others, and in 2013 finally made a record of his own entitled “You’re My Favorite Artist” (Vinyl Factory).

For over 15 years, he has created work under the banner ‘CRASH!’ with writer and historian Professor Matthew Worley. His work has been exhibited worldwide at such institutions as the ICA and the Barbican, London; Kunst-Werke Berlin; The State Hermitage Museum, St Petersburg; the Museum of Contemporary Art, Chicago and the Museum of Modern Art, New York.

Lucy Orta, Professor of Art in the Environment 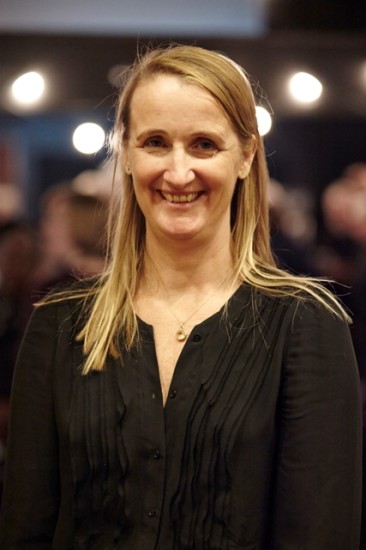 Lucy’s practice draws upon ecological and social sustainability issues to create artworks using diverse media, including drawing, sculpture, installation, couture, painting, silkscreen, photography, video and light, as well as performance. Works include Refuge Wear and Body Architecture, portable minimum habitats bridging architecture and dress; HortiRecycling, the food chain in global and local contexts; 70 x 7 The Meal, the ritual of dining and its role in community networking; and Clouds and Water, addressing the increasing scarcity of water and problems arising from its pollution and corporate control.

For this project, Lucy received the Green Leaf Award in 2007 for artistic excellence with an environmental message, presented by the United Nations Environment Programme in partnership with the Natural World Museum at the Nobel Peace Center in Oslo, Norway. A composer/musician, author and curator who has released eight solo albums, including Screen Ceremonies, Black Chamber and Sound Body, and as a theorist and critic has written for many publications. Exhibitions he has curated include Sonic Boom at the Hayward Gallery, London,Playing John Cage at Arnolfini, Bristol, and Blow Up at Flat-Time House, London.

His opera Star-shaped Biscuit was performed in Aldeburgh in 2012 and he is currently writing Into the Maelstrom: Improvised Music and the Pursuit of Freedom.