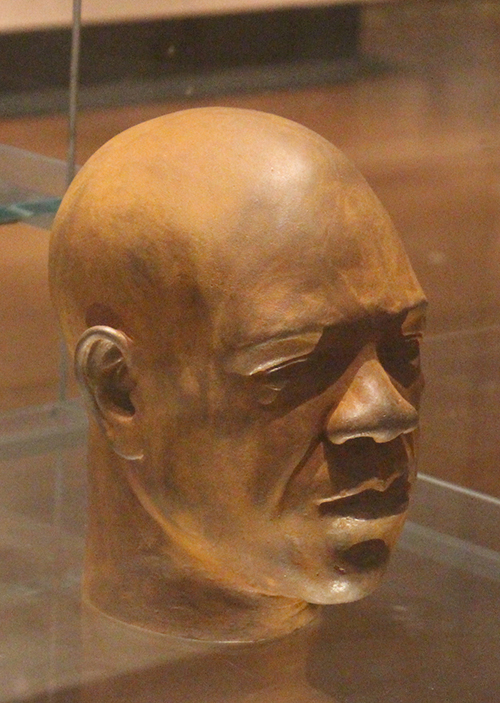 The sculpture pictured above is a portrait of the artist and curator Professor Raimi Gbadamosi, by Taslim Martin, Specialist Ceramics Technician at Camberwell College of Arts. This work, produced in cast-iron by the lost-wax method, was commissioned by the British Museum in 2009 and has now gone on show in the British Museums Africa Gallery.

After a successful first collaboration working with the British Museum on their South Africa Landscape, Taslim was given a second commission which formed part of a season of African art and culture to coincide with the 50th anniversary of African Independence celebrations in 2010. The exhibition featured 109 outstanding pieces of Ife sculpture, drawn almost entirely from the magnificent and unparalleled collections of the National Commission for Museums and Monuments, Nigeria.

The Yoruba of South Western Africa are responsible for one of the oldest and finest artistic traditions in Africa, a tradition that remains vital and influential even today. The realism and sophisticated craftsmanship of the objects challenged Western conceptions of African art at the time. However, it is now recognised that these statues represent an indigenous African tradition that attained an unusually high level of realism and refinement.

The Yoruba people regard the human head (ori) as the most important part of a person. Likewise, the head is the most prominent part of Yoruba sculpture. An analysis of Yoruba ontology reveals that the Yoruba regard the head as the locus of the ase of Olodumare. Therefore, the head constitutes a person’s life-source and controlling personality and destiny. Babatunde Lawal, a prominent scholar of the arts of Nigeria, identifies three different modes of representing the head in Yoruba sculpture: “the naturalistic, which refers to the external, or physical head (ori ode); the stylised, which hints at the inner, or spiritual, head (ori inu); and the abstract, which symbolises the primeval material (oke ipori) of which the inner head was made.”

Lost-wax casting, also called cire-perdue, is a method of metal casting in which a molten metal is poured into a mold that has been created by means of a wax model. Once the mold is made, the wax model is melted and drained away. A hollow core can be effected by the introduction of a heat-proof core that prevents the molten metal from totally filling the mold.

On hearing that his portrait head was now on show in the British Museum, Professor Gbadamosi stated that he was ‘delighted to be among the ancestors‘. 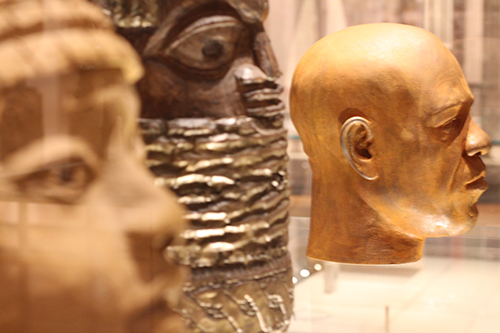 Taslim Martin currently runs the Ceramics workshops at Camberwell, working closely with 3D Design, Sculpture and the MA Designer Maker courses. Taslim’s creative output ranges from figurative sculpture to furniture design and public art commissions. He likes the idea that the way we experience form can be meaningful even if we do not fully understand why. Alongside experimenting with materials and process he is interested in the sculptural potential of functional objects and investigating the notion of cultural identity and the artist. 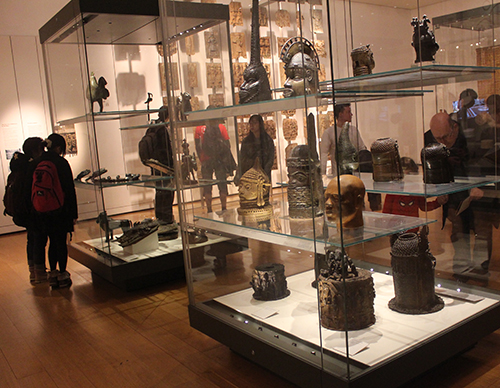