from MA Curating and Collections 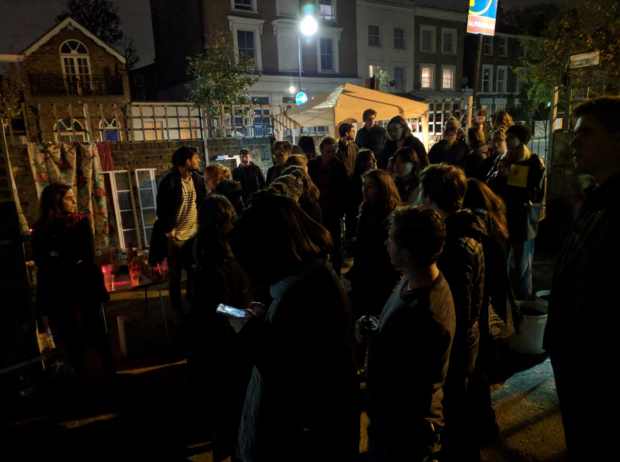 Gaps Curatorial is collective founded by Sofía Corrales Akerman, Golnoosh Heshmati and Flavia Prestininzi, all recent graduated from The MA Curating and Collections course of Chelsea College of Arts. LET’S YARDING was the first edition of a series of exhibitions by GAPS. Based on an invitation to various artists and curators to take part, the exhibition placed itself as an interstitial space where the notions of public and private are blurred and taken into consideration, spinal column attitude for this collective.

This exhibition not only constituted a curatorial experiment for GAPS, but also brought the opportunity to celebrate a constructed friendship with a group of emerging researchers from different fields. In its first edition, Let’s Yarding gathered artists, curators, and a gallery to bundle energies in a search for new cultural perspectives. 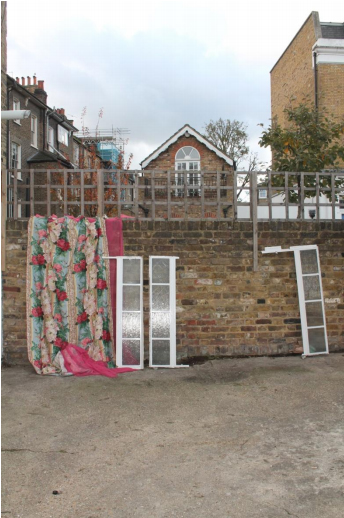 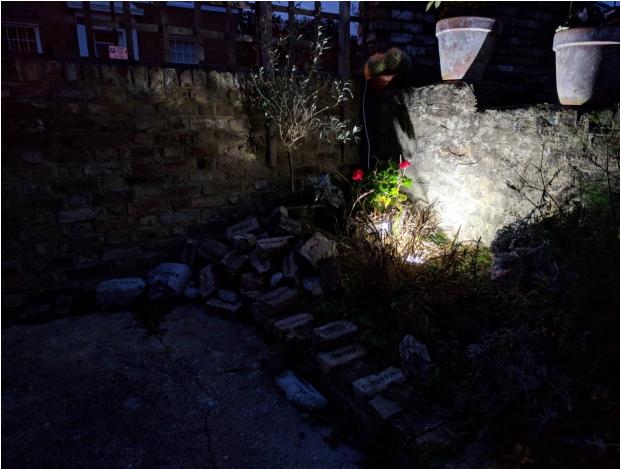 Following a desire to escape the traditional exhibition formulas, GAPS tumbles and explores the possibilities of the immaterial and the temporal and their final and ultimate constitution as artworks inside the mind, matters that especially were experimented in the last exhibition. The question of time and crystallization was therefore central to the event. The three artists presented new works that responded and listened to the space.

‘Starting from a linguistic mistake, ‘At the Same Times’ explores our fragmented way of experiencing life time not only as a content of the exhibition but as a format itself.

The event featured two live works -a performance by Ilana Blumberg with Chanice Mamé and a sound art from Tarxun- in different incompatible spaces.

‘The small, but sufficiently amount of people that attended Gaps Curatorial experiment is for certain the luckiest group of art visitors of this month. Held at the ground floor of a council flat in Bethnal Green, this atemporal curatorial happening, involuntary hermetic in terms of audience, perhaps only acknowledged from people who, uninterested in fireworks or maybe followers of Guy Debord, they were more prone to a come-by-manner of attending to a rendezvous, because “event” would be an outsider feature. I do not feel like disclosing too much, because in this case an explicit review would completely fade the privacy matter away.

But briefly, at the first sight, two acts were carefully flowing. An in patches voluptuousness and literally blinded performance in the 2 metres square kitchen, contrasted by a sound from upstairs, aired live from Berlin, congruently met somewhere in between, thus becoming a whole with the epicenter equally divided between performance and audience. Also the unconventionality approach without endeavoring from an outside attention or an established cause, turned the house into a squat way of being, which perfectly relates to an early November in London. Now, believe it or not, what GAPS managed to do and say in a subtle but obvious way, it perfectly make sense with what Emil Cioran once said; “The glory
between four walls surpasses the entire kingdom’s praise”, and we should more than consider this alight statement.’ 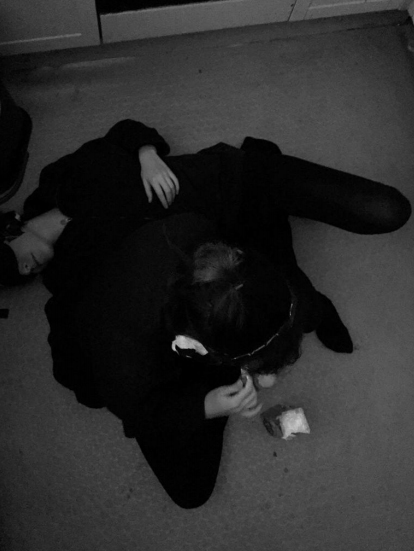 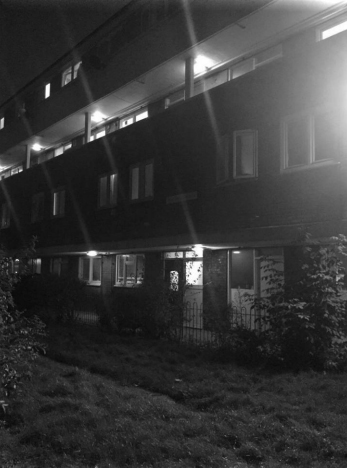