at Wimbledon College of Arts 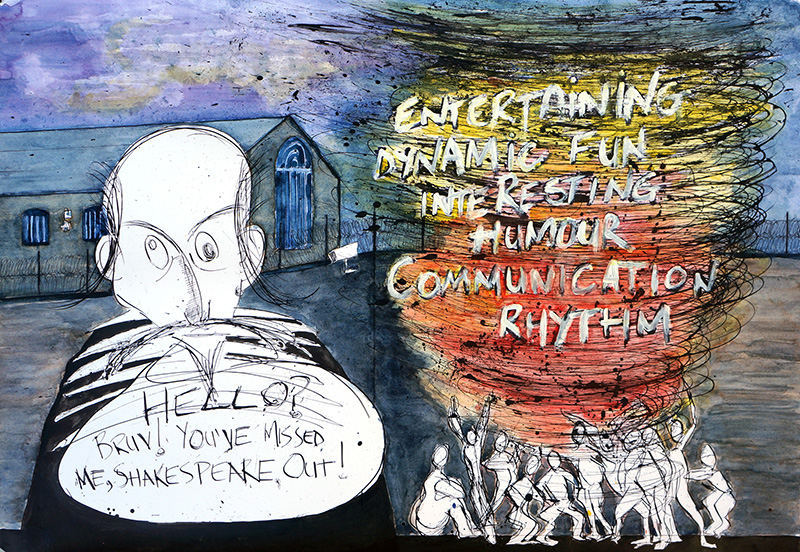 One advantage, or drawback, of drawing is that my mood comes out in my line: when it goes well it’s sometimes described as expressionism, when it goes badly it’s blind panic. Going into an austere Victorian prison wasn’t helping my line at all.

At 8.00 AM, following an early morning commute, now seated beneath bright lighting, on the wrong side of heavy metal bars, miles of razor wire, automatic doors, high brick walls and locked in a room awaiting the arrival of Her Majesty’s Prison (HMP) Pentonville inmates, I was feeling pretty uptight – but the point of a Category B/C prison is not to generate a sense of ease. 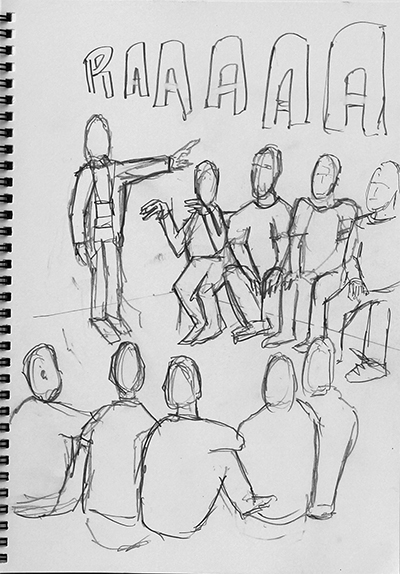 After the introductions & I had set up a drawing station, the session began with warm up exercises. I watched as Dr Bruce Wall’s group of 20 University College London students and inmates began a routine of surprisingly physical, rhythmical and humorous activities.  The education room became filled with movement and energy with an increasing noise volume. The mood rapidly became relaxed as warmth and a sense of fun spread through the group, so much so, I was tempted to abandon my scratchy drawing and partcipate.

Absorbed in watching the Workout I tried to loosen my line but there was a major problem as nobody stayed still for a moment. Not to worry, they’ll soon stand still and do some Shakespeare, I thought.

This didn’t happen – I was watching a workout not a rehearsal which can be more sedentary – instead I saw tapping and stamping, animal evolution responses, rhythmic iambic pentameter games, insults and curses in various languages – the bodies, larynxes and minds of everybody in the group were fully engaged and working hard. 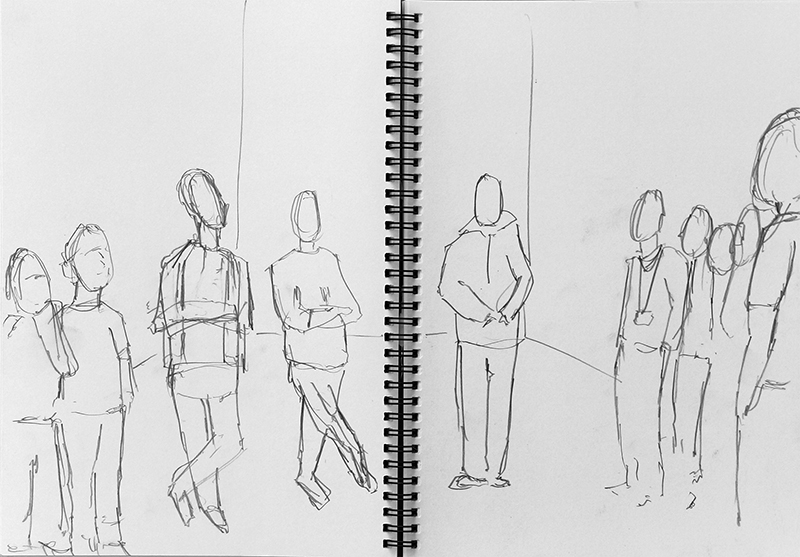 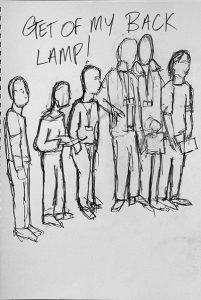 I even relaxed a bit and engaged in my prison life drawing session! Before I knew it the 2-hour workout was over. There were smiles and handshakes all round. The door was unlocked and, after the waving inmates were escorted away, we too were shepherded out though a series gated pens. The sense of relief I experienced on emerging into the fresh air outside the prison after only a couple of hours inside was immense.

I walked away smiling about the amazing experience I had been fortunate enough to see . . . and to try and draw. 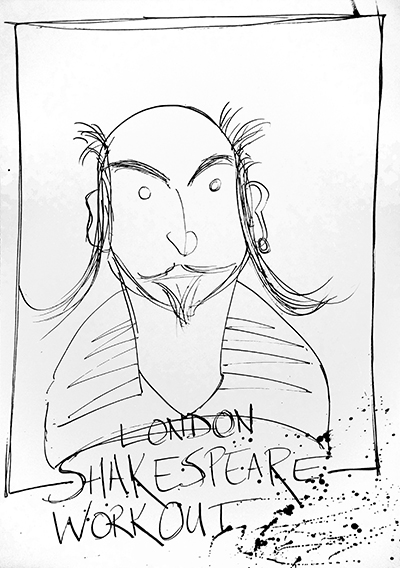 LSW is a charity which employs Shakespeare as an interactive tool to help promote confidence through the will to dream for ALL and is best known for its work in UK/international prisons.

In celebration of our 20th anniversary LSW has launched the LUP (Linked Up Thinking) Initiative seeking to offer a prison interaction for as many UK drama students as possible.

We would like to find talented drawing/sketching/portrait artists to volunteer to come into prison for a session and to sketch/draw/capture the prisoners in action.

If you are interested please email with samples of work if possible to londonswo@hotmail.com